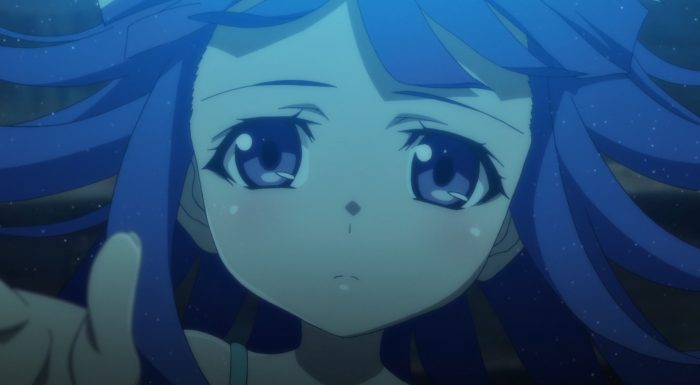 This was a solid return after that brief holiday pause. With this we finally got back to Rika’s point of view and could start learning a few things. Thrown in for extra measure we got to see just how the incident with Oishi unfolded. There was at least some doubt about what happened since Rena’s play by play was rather lacking in detail. Understandable that it was considering the horror she witnessed. But it was a good thing (if not painful) to see just what happened. Oishi really did just straight up go insane. What a mess. Even if that gun doesn’t have a crazy amount of ammo…it has enough of it. No wonder Rena didn’t know what to even say. How does anyone process Oishi going nuts, killing a lot of people, all while scratching himself up to the point of bleeding? 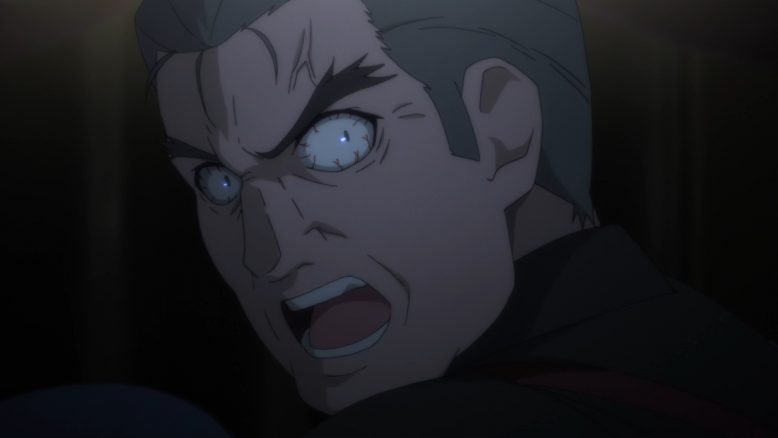 Rika really got to take center stage here ahead of Keiichi. Not that I don’t like when Keiichi takes charge of things, but it was good to change it up. With Rika clearly being someone that has been ‘looping’ it makes sense that she’d be a more central character to all this. Keiichi may have some dreams that give him some idea of what is coming, but I don’t think he’s at the level Rika is here. Poor Rika though. I can’t even begin to imagine what it would be like to struggle for over a century and feel so utterly helpless. This episode hammered out again that she’s already been through a brutal journey and just barely managed to get through it. And now she’s back in a situation that she doesn’t have a perfect grasp of without as much support as she’d like.

I hope that people won’t be too hard on Rika. While it seems like she’d falling apart quickly, we do need to keep in mind her situation. It isn’t just an issue of whether she can solve this mystery. But can she solve it and be sure that she won’t be dragged back for yet another deadly adventure later? Can we be sure no one is going to make yet another Higurashi sequel!? 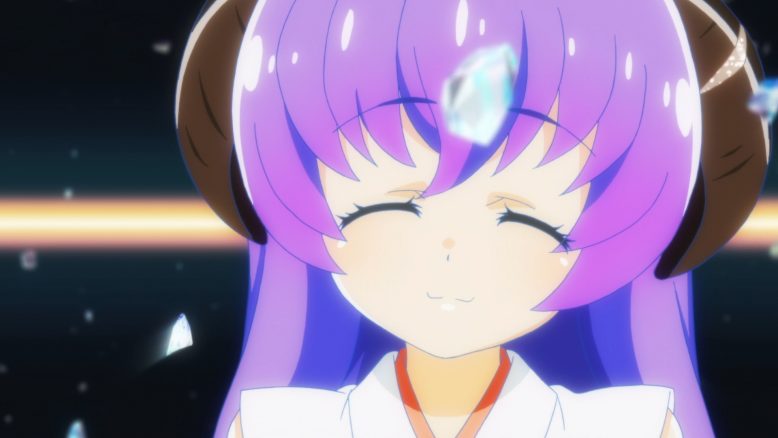 This episode really was just about establishing where we are right now and where Rika’s head is at. Nothing wrong with also putting some kind of cap on the amount of tries that Rika has. Of course it is a cap effectively just set at how many times Rika is willing to continue putting up with this situation. And there is no guarantee that she won’t drop the limit if something dramatic changes that leaves her unwilling to give up on this. But for the time being Rika has given herself a certain amount of tries before she throws in the towel for good. And I’d say after the nearly hellish amount of time she’s spent trying to break through and grab her own future that’s fair enough. She just lost the only permanent companion she’d had for this. This is the most she can endure. 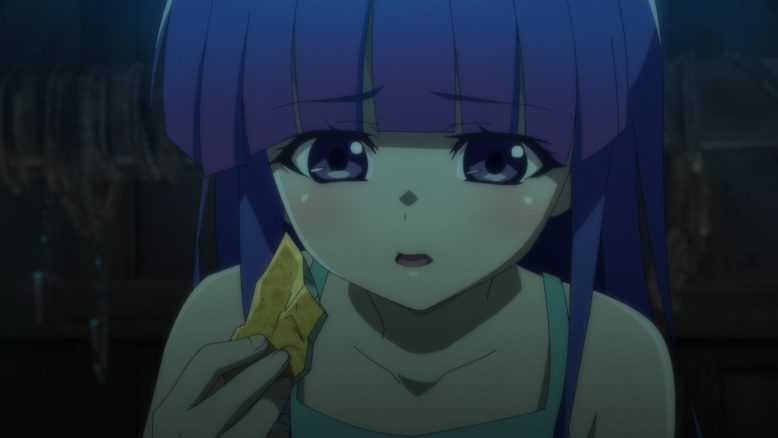 Life is a dark path for Rika sometimes

Now of course the question remains about whether that fragment of the sword is meant for Rika or someone else. You don’t usually introduce a weapon that can kill beings that return from death only for a limited purpose like main character suicide. There is certainly the possibility that Rika isn’t alone in what she is doing here. Of course any potential looper has to have some kind of contrary purpose to Rika. But also they would have to keep dying themselves since they wouldn’t be following Rika between worlds if they survived. I don’t even know if such a person exists, but it seems possible. In that case it would have to be someone that hasn’t survived these previous arcs. Something for us all to ponder I suppose while waiting for this story to unfold. 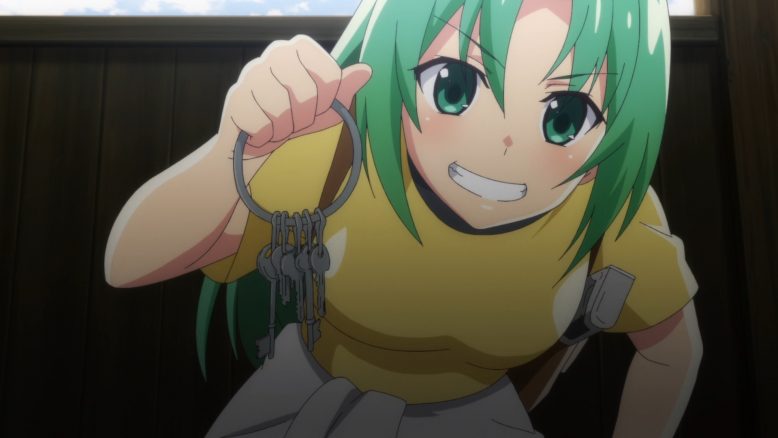 This episode was a good one for revealing the truth of the horror behind that last arc. Or at least it revealed what happened as poor Rika and company were slaughtered by a madman. Rika has regained some powers to remember the full details between her loops which is going to be essential. Trying to figure this out with only having fragmented knowledge wasn’t ever going to work. Now at least Rika has some understanding. It may be dark to say that having a way to kill herself is a glimmer of hope, but people who are effectively immortal have a different view of things. That kind of safety net where she doesn’t have to keep doing this endlessly might just let her give everything she’s got to this fight. My fingers are very much crossed for Rika. That girl and her friends deserve some happiness. 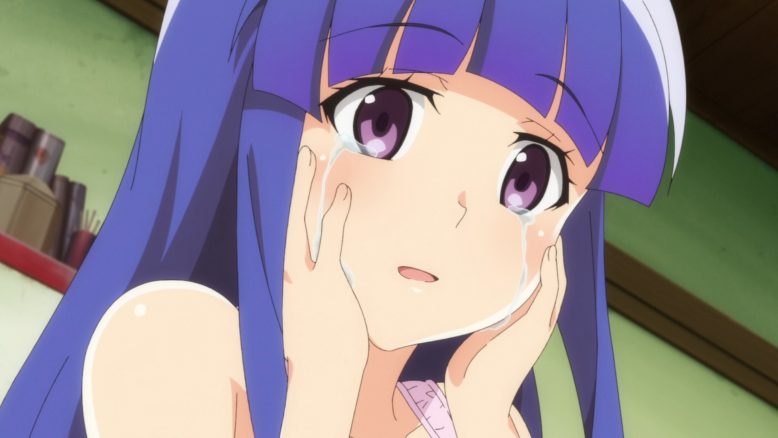 There’s a lot of “I just don’t know” going on here. But honestly I get Rika’s agony here. It isn’t just a question of whether she can solve this mystery. That’s already a colossal task, but let’s put it aside for a bit. The bigger issue is the utter uncertainty beyond that. And it ties into what I wondered about making this sequel to begin with. If Rika can get dragged back into this hell years after escaping it…how do you keep any sense of hope going forward? What guarantee is there that if she can get out of this mess that she won’t be dragged back randomly in the future? Isn’t there more of a need to deal with whatever dragged her back into Higurashi in the first place? Of course getting out of this alive is a prerequisite. But it’s pretty darn hard to focus on that with everything else on her plate. 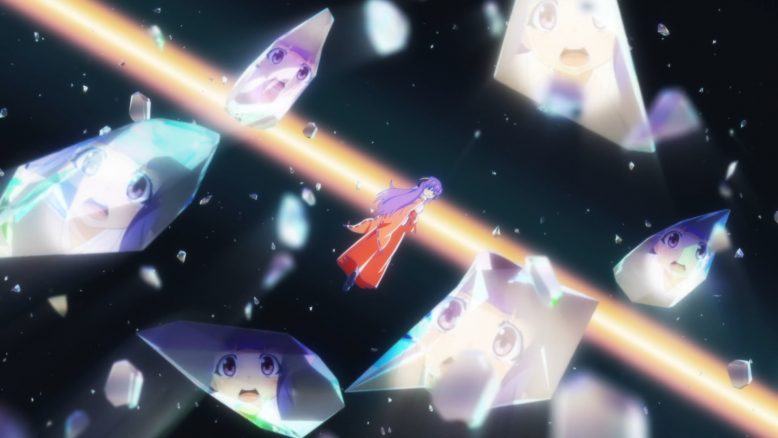 Rika does get pretty fatalistic, but that’s a given. Pretty easy to draw comparisons to the show resuming right now in Re:Zero. You can see how the MC there reaches some serious emotional low points after only a few deaths. Rika has been struggling and dying for over a century. The emotional and mental strain is insane to comprehend. All the more so when she has to watch those she cares about go mad. Suffering so intensely for so long would break most people. That she’s been able to keep fighting only makes it more difficult to withstand. Only because she truly loves her friends has she been able to hang in there to this point. 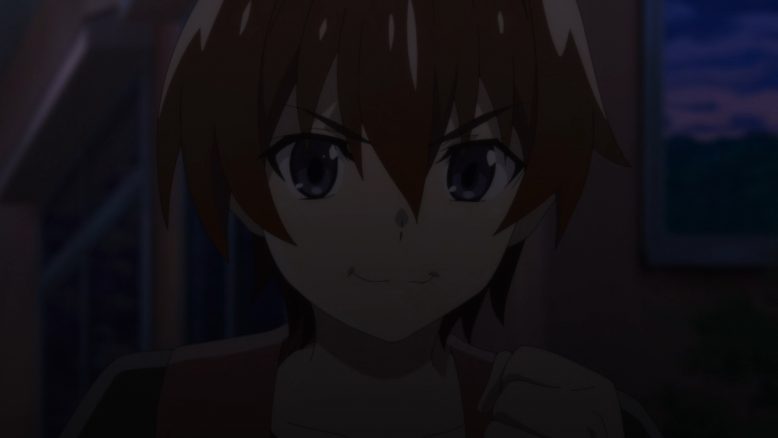 I’m glad that Rika is back in the main character seat. But I really hope that she can find a way out of this mess. Few characters in fiction deserve their share of happiness like she does. I don’t know who is behind all this or where this is going to go. But Rika has to find the one who is orchestrating this horror and put an end to them. Be it the more conventional way or by using that fragment of the sword to kill loopers. I can’t imagine Hanyuu handed that off only for Rika to kill herself with it. There has to be someone else involved. Someone that is changing the rules as Rika knew them to make it even more difficult to survive.

Fingers crossed that this is all going to end in a good way. I’m ok with Higurashi coming back like this. But this episode made me want all the more for this to have a positive and conclusive ending. Let Rika and her friends have their bright future please. It’s a scary thing that Rika once more has put a hard limit on her attempt to stay alive. But, I get why she’s doing it and why she needs this. Now let’s see her solve this mystery!