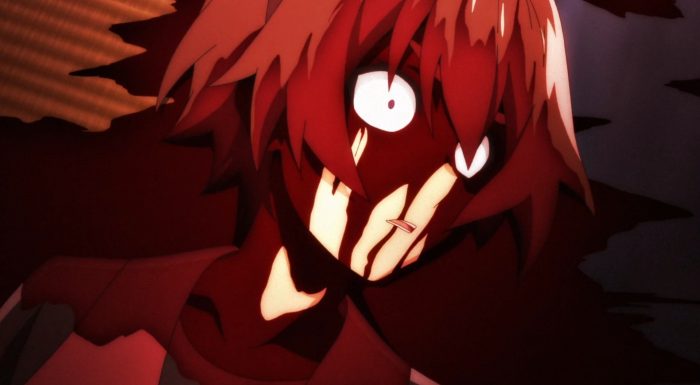 Ok Higurashi, if you want to start making sense any time now that’d be great! Rena really summed this all up pretty nicely. Everyone is dead and nothing makes any darn sense! Not that it’s a shock that nothing makes any sense. But considering this is a halfway point for this show, they really need to start giving answers instead of raising additional questions. But for now we’re going to have the show take a small break as things transition over to the winter season. Here’s hoping that some of the events we saw here make more sense with additional episodes. 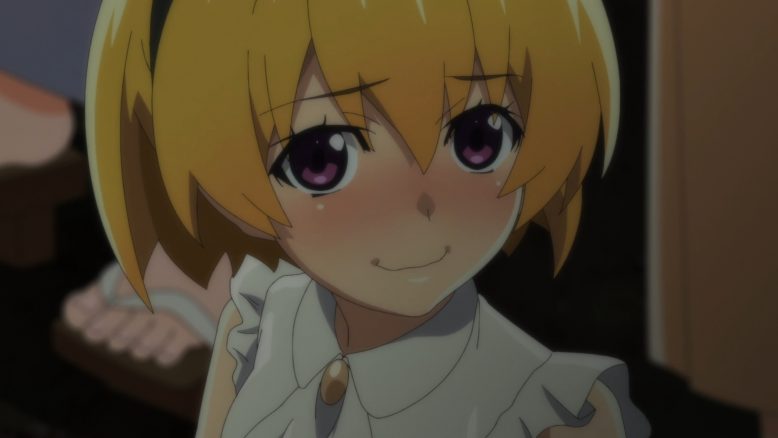 Things went fine for much of it though. They came together, saved Satoko, and all was well. There were some hiccups with the police, but it worked out pretty fine. Whether you are starting out with this show or coming to it after the original series, this episode was a pretty smooth ride. Although it was one where even I was feeling a heavy sense of tension. Since it’s the last episode of this arc and you know a shoe is going to drop at some point. The question was where that shoe would drop. Would it be during Satoko’s rescue or in the aftermath. In the end it was the aftermath. The rescue itself went really well. Not that everyone didn’t have to work hard to put the pressure onto the government officials to act faster. But once they did the situation resolved itself. 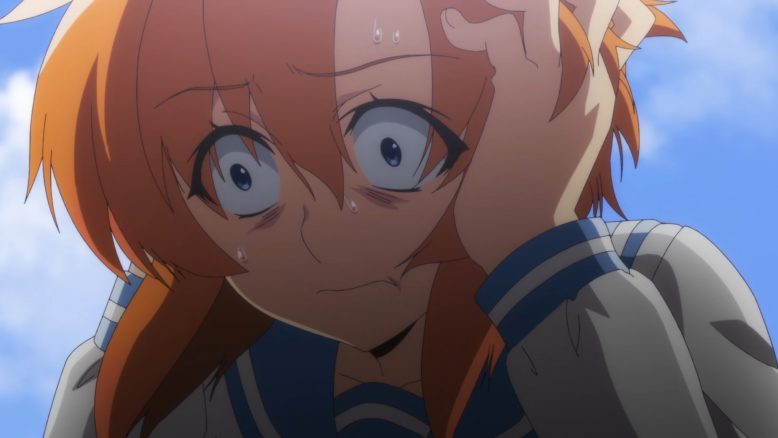 What is even happening!?

There’s so much I just don’t get coming out of this episode. What did happen at the Festival and why? The other festivals didn’t result in massacres. So why did something horrific happen here? And who was the main perpetrator of it? Was it Oishi? He’s certainly either the person responsible or he’s a victim of it. At this point he’s the main suspect because his name was brought up and a lack of clear suspects beyond…well anybody. Rena didn’t straight up say that Oishi shot into the crowd. But bringing him up and then talking about her friends being dead is suspicious. If he’s a victim then why mention him at all? Why not mention the actual perpetrator? Oishi has been a mixed bag in this arc. That’s not a reason that he would go on a killing spree, but he’s suspicious. 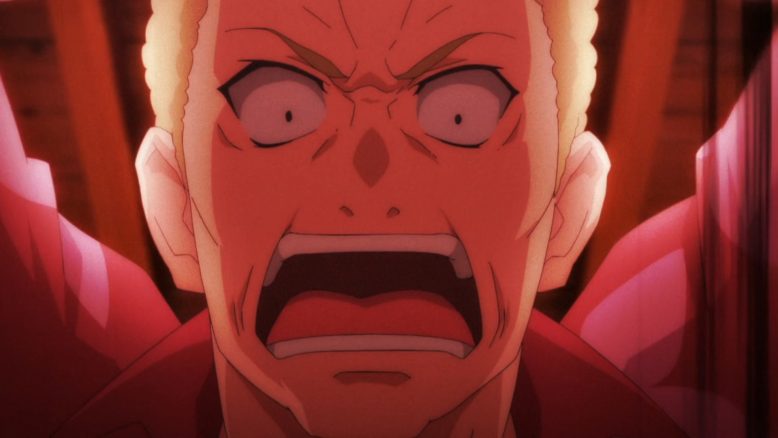 The big scene of things going right off the rails did come with Teppei. To be honest I wasn’t 100% sure that Satoko didn’t hit him to start, but obviously that changed when Teppei arrived. The police really need to work on their ability to hold onto suspects. Much less not notifying victims of that suspect when they are living in the same home! I will say Teppei kind of sucks at killing people and I can’t imagine he was tied to that massacre at the festival. He couldn’t even kill a kid that he managed to score a clean hit on. He should have killed Keiichi almost instantly if not completely taken him out of this and yet he managed to not only fail to do that, but lose his weapon and get killed with it. Wow…this guy sucks when up against anything tougher than a very young girl. 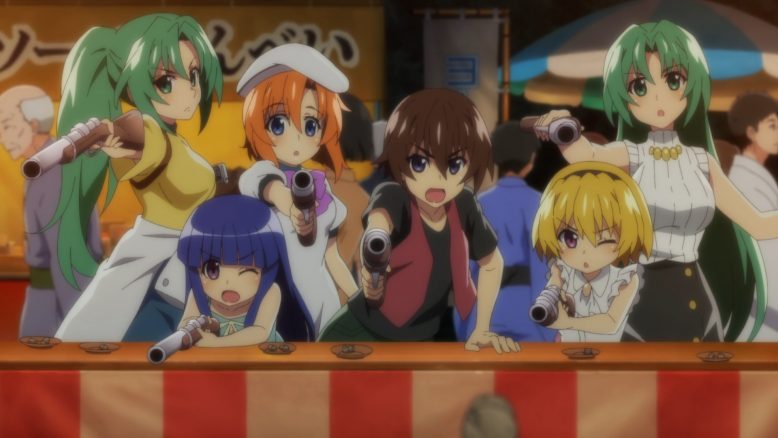 So now we have yet another arc where most characters are dead minus Keiichi. Honestly he’s done a pretty good job surviving some utterly ridiculous injuries. I mean sure he’s been hospitalized many times, but he’s still alive. Somehow he survived getting stabbed a hundred times by Rena, smashing his head open on metal bars, and this time he survived a metal bat to the head. He’s as durable as they come. I guess we’ll see what the next story arc focuses on. Hopefully we get some answers. Merry Christmas everyone! 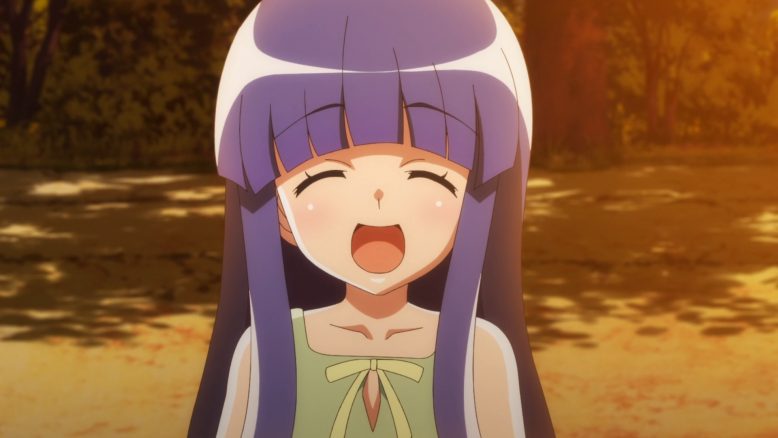 I really don’t even know what to say here. This was again mostly the same arc as in Kai…just not as good. But eventually it did go its own way. I was spending a good time wondering when the twist would come. Would Satoko be dead already? Would Satoko lose it and push Keiichi off a cliff? Was she the one attacking him? No, it was just Teppei along with some very questionable police handling of that situation. I’m not sure if Kumagai was reacting to his partner killing a bunch of people or being killed in a tragic massacre. Honestly, I have no idea what his reaction was saying since I could be convinced of either.

They definitely upped the amount of excessive blood for this season. If they were handling the original series Shion and Satoko’s tragic incident would have created enough blood loss to fill an Olympic swimming pool! A few bat hits and the whole room was gushing blood. But that aside, the situation did get pretty messy. And hey, finally Keiichi was allowed to kill someone with a bat. I wasn’t sure that would actually be a thing in this sequel. 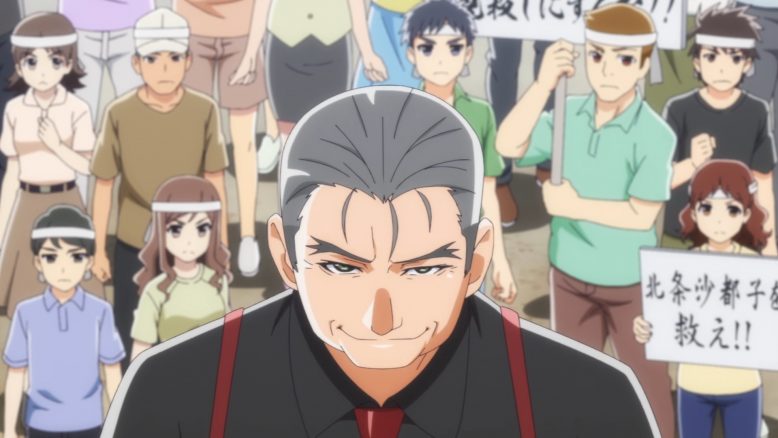 Honestly there is just too much right now to try and make sense of it. Is Satoko the flash? How did she end up around for Teppei trying to kill Keiichi and make it back in time to get killed in a massacre? Did she run there covered in blood? Was there time to wash off and yet still make it in time for whatever happened at the festival? Does Satoko have a twin? Has she mastered the shadow clone technique? I have so many questions right now with how little I understand about this!

It is just so hard to get a grip on this. With how utterly absent Takano has been I can’t even be sure she’s a major player in this sequel. Even though that itself is hard to imagine since Rika experienced hundreds of worlds and Takano’s will was supposed to be insanely strong. But in that case what is going on? Did Oishi lose it due to the syndrome or did he just get caught up in a bad situation while trying to help stop a tragedy? 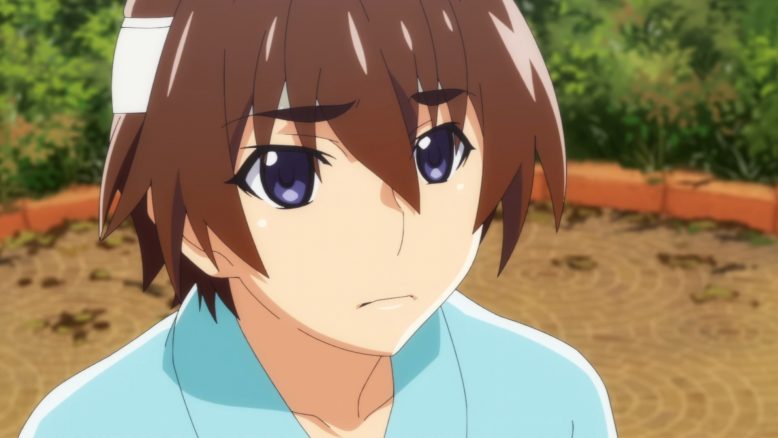 I really hope next episode opens up with Rika reclaiming the main character status. It’s hard enough knowing what she is thinking, but she’s the only one that might have a perspective that can clear things up here. Not that I think what we’ve gotten is bad. But I can’t get a good grasp on how to judge it until I find out what it is trying to say. All that is certain right now is that a lot of deaths have happened in each arc and Keiichi has mostly gotten through it alive. Not sure about the first arc with that ending, but let’s say he’s mostly been ok. Rika…not really. Satoko…not really. Honestly, it’s mostly been Keiichi minus a few times when Rena has been alright and not trying to kill him. I just don’t know what is going on. Which can be good, but we’ll see.