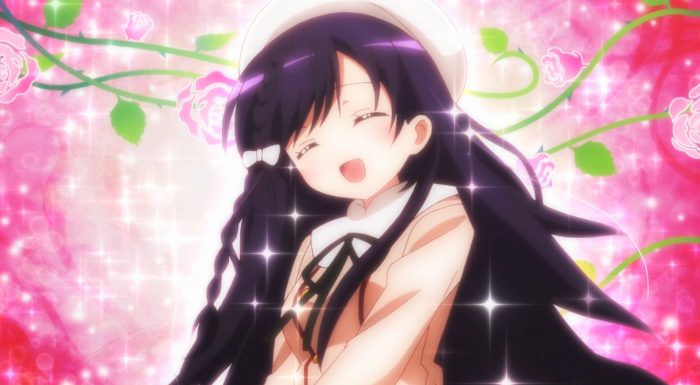 This episode was nicely split down the middle with focus being given to the return of Roze and Chiya/Syaro’s nominations for student council president. As always this show gave a great mix of heartwarming and comedic moments. No matter what combination of characters and what situations they get themselves into the results are pretty great. Honestly, it had been so long since the last Roze appearance that I presumed it would never be brought up again. But as expected from Bloom, this was a nice chance to resolve that situation and allow for some character growth at the same time. Same goes for the student council elections. It honestly makes sense that Chiya and Syaro would be nominated for their respective schools. And it makes equally as much sense that they’d both end up turning the nomination down. 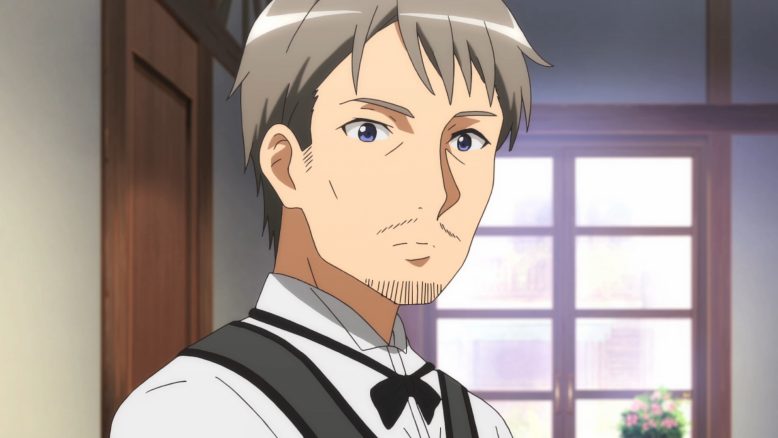 I’d expect nothing less from Takahiro to just smile and keep walking after having Rize pull a gun on him. Both his actual military experience and this being a normal thing likely contributed to that. Just a “Rize is being Rize” moment that he can take in stride and keep on going. Of course that moment did blow her cover and end the Roze charade. Props to Cocoa for being able to pretend that she wasn’t shocked. It really did make Rize happy to at least think that Cocoa realized. I swear she probably only did mess with Rize’s hair to make sure that it really was Rize XD. There was no lie of course in that she does like Rize just as she is.

Of course this was a heavy blow for Chino. The poor girl so shocked that her initial reaction was to deny reality. After all Roze was a big deal for her. This was someone she believed was a stranger and yet also someone that Chino was able to openly approach even while being shy. It also helped start up her belief that Cocoa’s influence was really helping her. That did end up being the case. But kind of funny how her increased trust in Cocoa was partially founded in that misunderstanding. 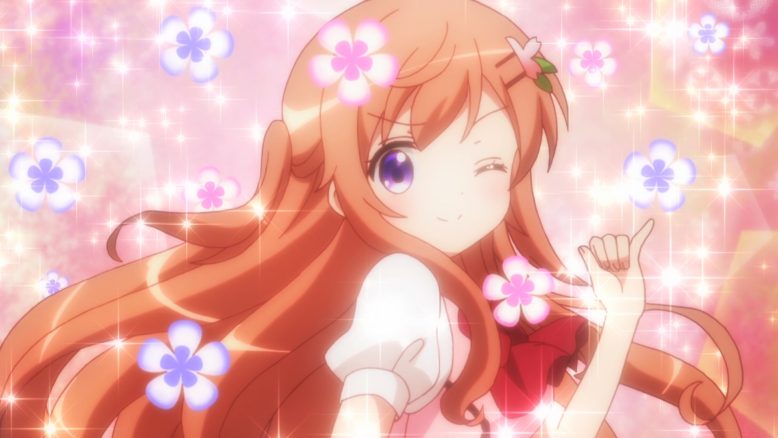 Let us also celebrate the return of Mocha! Well not really, but it was a nice moment. I do hope that isn’t the only Mocha appearance we get this season. But regardless, that was a fun little move. Poor Rize nearly had a heart attack. The trauma of getting cuddled by Mocha hasn’t faded. I am feeling a bit of Cocoa’s desire for revenge in that scene. Getting back at them for being tricked. Poor Chino getting tricked twice in the same day. It is nice that her first reaction to seeing Mocha is to look for Cocoa to let her know the good news. But no doubt she does enjoy spending time with Mocha as well. Fingers crossed that Mocha (and maybe her mother) will either pay a visit in the last episodes of this season or get a visit by the main cast. 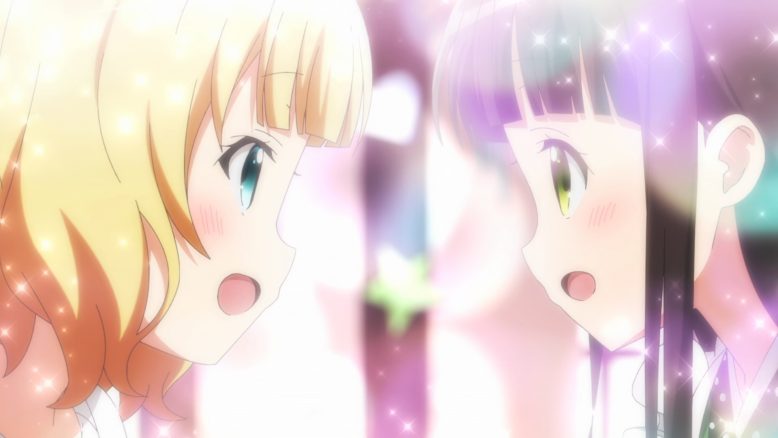 I did enjoy some more focus on the Chiya and Syaro friendship. Beyond the silly qualities you can really see the strong bonds they have. All the way in the past Syaro was happy to support Chiya even if sometimes Chiya did get carried away. No doubt without a correction she might have really considered world domination…Of course both girls got nominated. Chiya especially made sense since she did such good work during the school festival. Even if her teaming up with Cocoa is as fun as it is terrifying to watch. I am a little surprised Syaro had so much popularity. After all she likely can’t take part in club activities since she’s busy and we haven’t seen how many friends she has there. I suppose being close to Rize would a powerful factor. 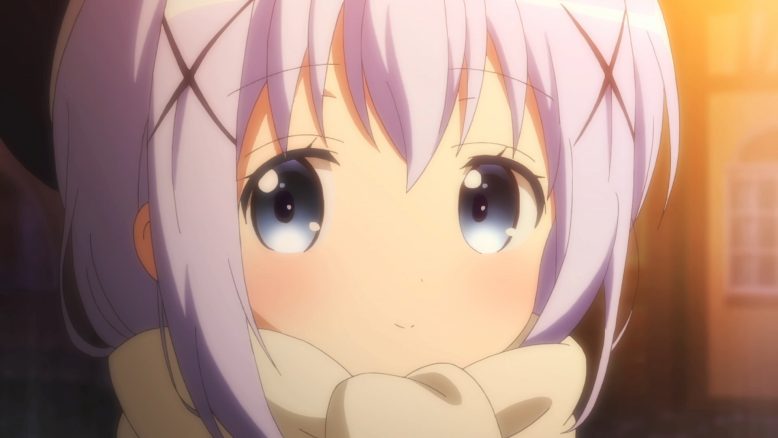 One really nice thing when it comes to Syaro steadily getting over her fear of rabbits is the increased comfort she has with Ama Usa An. Chiya’s grandmother clearly cares about her, Chiya herself cares a lot about her, and regardless of Syaro’s difficult home life (seriously have we ever gotten word about her relatives?) she does have a place to belong there. Of course she returns that kindness when she can. Getting Chiya/Anko’s crown back was just one part of it. She is observant and knew Chiya was unable to find it. And in the end she would rather spend more time with Chiya and her friends rather than taking on that student council president position. Logically that one might be more valuable since being the student council president of a rich girl school like that probably looks good. But even Syaro has to be selfish now and then. 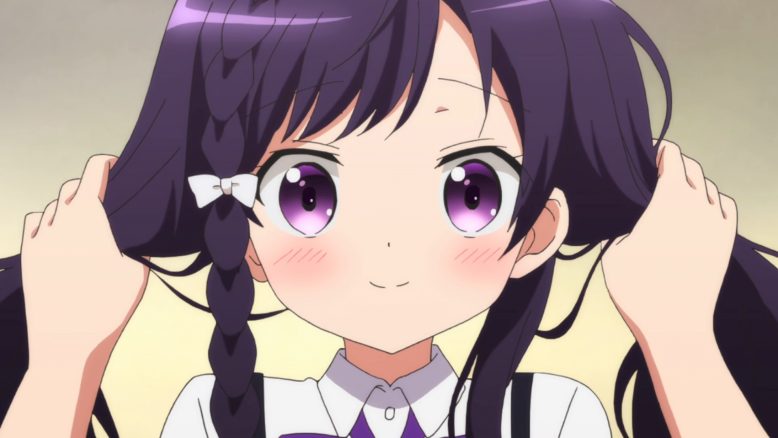 This was just another excellent episode. It feels less impactful to just say that every week. But it is the truth every week. From the silly reference (hey there One Piece’s ballet kempo) to the sweet moment of Chiya and Syaro saying their lines about sparkling at the same time, this show is just really strong. I had a smile the whole way through and can’t complain about anything we got here. Next week should be good as well.