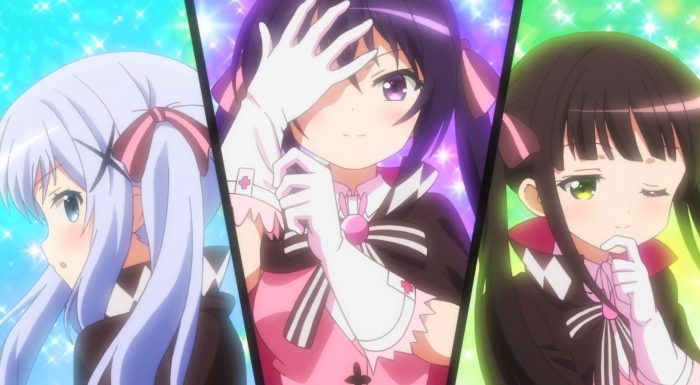 This was a fantastic Halloween episode and honestly one of the best episodes of Bloom so far. Of course all the episodes have been fantastic. But this managed to blend cute and sweet together in a way that really worked. I’d have to think about the best Halloween anime episodes I’ve seen, but this is probably up there. Also kind of nice that it still managed to fall within a month of Halloween so we’re not completely out of season here. As always this show manages to mix in some really fun moments with some good emotional ones. Things you might not notice if just sitting back and laughing. But ones that can make you care when you stop to think about them. 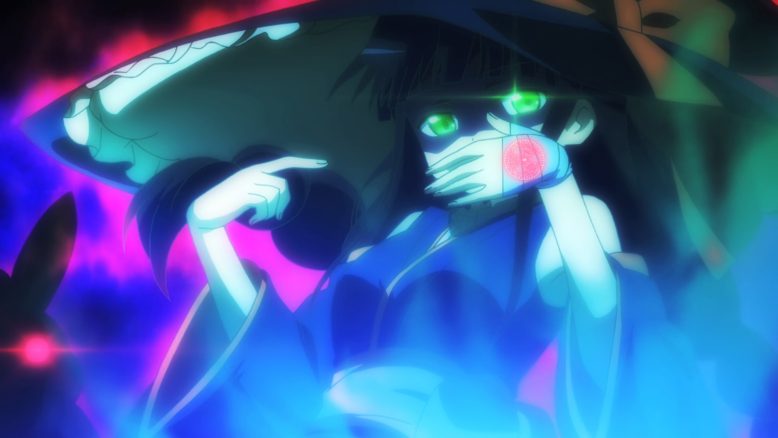 I honestly appreciate that you can read some emotional undertones into these scenes if you want to. Look at Chiya working so hard to set things up for Ama Usa An that she ended up hurting her hand in the process. But since they have a very limited staff in the first place she keeps on trucking even if her hand hurts like heck. Chiya isn’t the type to show pain on the job so it had to be pretty serious. That only made me appreciate Megu and Maya even more for helping her out. That was really sweet on their part. It was mixed in with good comedy of course. Making their pact with Chiya, doing summoning, and playing tricks was honestly very fun. But at the core of it was just these two lending a hand to Chiya when she needed it.

Same goes really for the short scene with Syaro. Megu and Maya showed their perceptiveness and empathy here too. While of course working holidays is good money, it’s a necessity for Syaro. She has to constantly give up on enjoying a holiday because her finances are too tight to afford it. Megu and Maya who have the free time to go between cafes to visit their friends just wanted to give a little back. And Syaro herself showed her kindness with spending her limited funds on medicine for Chiya. These characters are just a good group that help each other out. 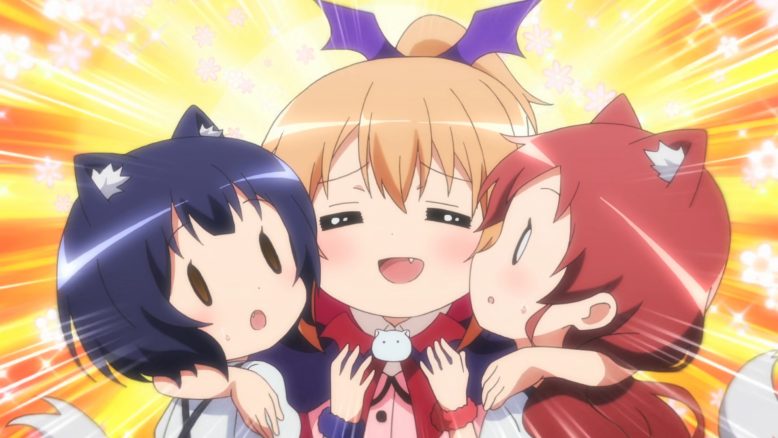 The episode wasn’t all emotional though. The comedy was on point as always. Loved seeing the trick Megu and Maya played. Making Chiya feel like her giving inconsistent levels to her familiars caused chaos. That also followed up nicely with Chiya’s terrible luck with Russian roulette situations coming into play once again. Nothing to be said either about the visit to Rabbit House. It really shows how hard Chino has been working to make the café more fun and appealing. Not just being subconsciously affected by Cocoa, but actively trying to be more outgoing. It’s still not easy and she does get embarrassed about it, but she can actively respond rather than just turtling up. And yeah, no shock that Cocoa would exchange candy for cuddle time. 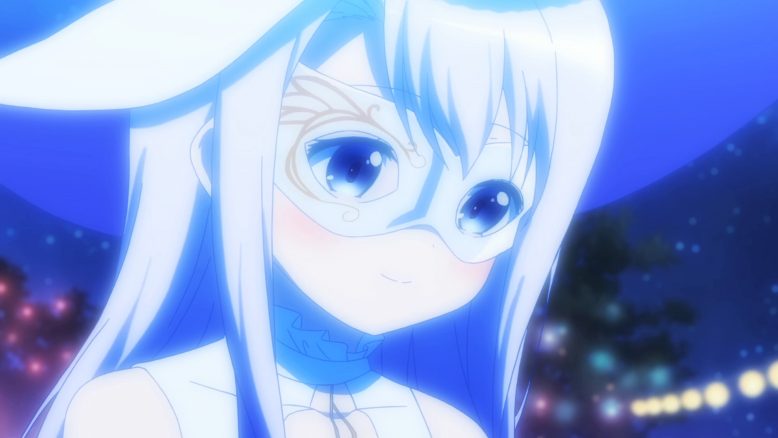 The second half was really nice when we got Chino’s mother back into the mix. An interesting thing that she did only approach Cocoa and not anyone she actually knew. Either implies Cocoa being special or just some Halloween ghost rules I don’t know about. It did seem like original Tippy’s spirit was with her and warned Saki that Grandpa Tippy was coming and it was time to disappear. I did really like her helping Cocoa out and teaching her the trick that Chino liked the most as a kid. She seemed to be a bit of a silly person messing up the ‘ok’ gesture with the ‘give me money’ one XD. Also just good on her to help Cocoa out when she was feeling bad from that kid taking shots at her. 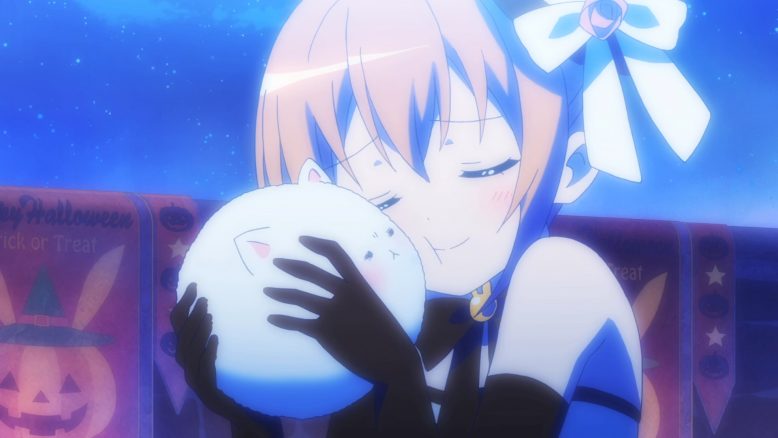 Syaro, Chino, Chiya, and Rize were all having a good time there as well. Nice little touch having Rize’s costume appear too bulky on Syaro a few times. But on that note, it really shows how much Syaro has grown. She did get embarrassed at the idea of Rize wanting to see her in something different, but she channeled that into pushing for that costume swap. Something that Rize could enjoy since she does like wearing that kind of thing even if it embarrasses her a little. Though I probably loved the mass calls for ‘onee-chan Cocoa’ by the girls. Good mention of Chino’s recital training as well by Rize. And naturally that was the one call that did get a reaction from Cocoa even if she didn’t clearly hear it.

At least Saki did notice it and Chino felt her gaze. I do hope she and Cocoa had some time to sit and chat about Chino’s mother after this. In some ways I’m surprised the topic hasn’t come up more often. But in others I get it. Not exactly an easy topic to bring up that casually. And maybe only now that Chino has matured so much as a person does it feel like the right time to chat about her mom. 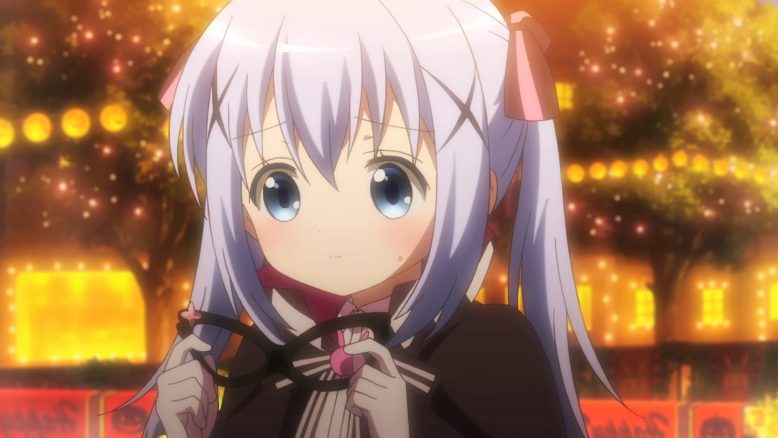 Just another fantastic episode. I had a blast the whole time through it. We got great bits of comedy, some sweet character moments, and it ended really nicely. This season hasn’t had any weak points, but this was one of the stronger episodes. They had a lot of fun with the Halloween season and makes me appreciate how utterly geared up that whole town gets for the holiday.