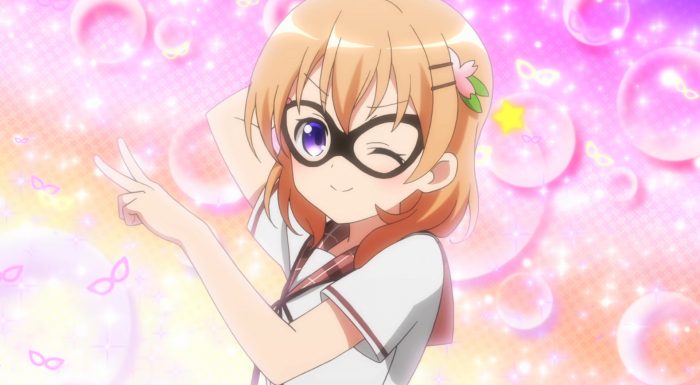 As expected this show is settling in nicely to a new season. The second episode was a comfortable and feel good follow-up to what we got last week. Overall the focus was on Syaro, but they didn’t avoid spending time on other characters at the same time. It was nice chance to focus back on Syaro’s longstanding friendship with Chiya and the more recent one she’s formed with Cocoa. Even if she doesn’t go to school with either of them she’s got some good friends. Even if those friends can leave her freaking out in terror at times. 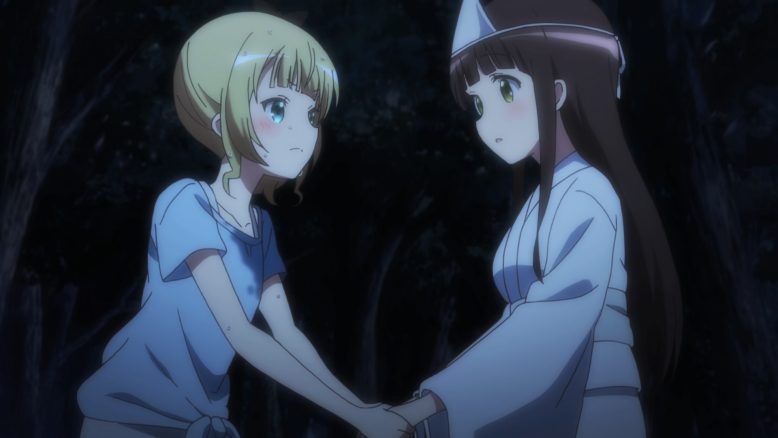 The test of courage was good fun. Very much a Cocoa idea to come up with something like this. She is pretty observant when it comes to Chiya’s feelings if nothing else. And it is a pretty understandable and regular thing for her to feel a bit lonely. Chiya doesn’t have any of her friends working with her. And this was a good chance to get Syaro and Chiya out doing something together. There was any number of things they could have done, but a bit of a scary event was what ended up being her “surprise” of the day. Considering their smiles I’ll agree with Maya that it was a pretty outstanding success.

There is something just very heart-warming about the friendship between Cocoa, Chiya, and Syaro. All the same age though working at different places and one of them going to a different school. But they can have some really good moments together and we’ve seen that across the previous seasons. Even if Cocoa can’t quite bring herself to believe Syaro’s honest praise since she is more used to Syaro getting mad at her XD. 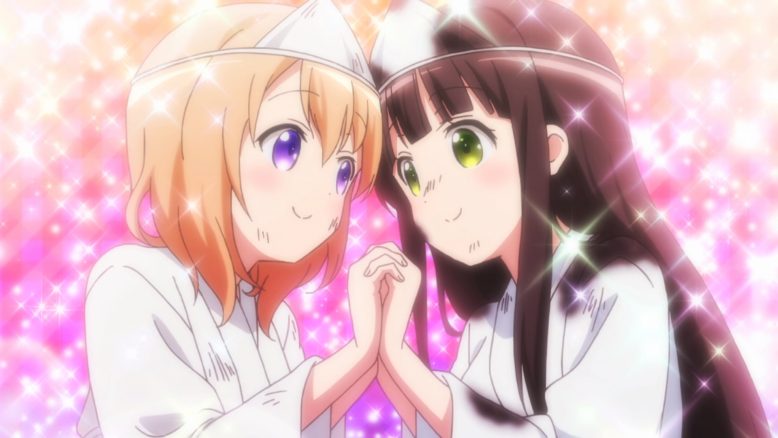 Just another reminder though how tight things are for Syaro. Even just buying a TV would be a real stretch on her budget. While it’s possible for her to save up some money for as cheap a TV as she could get…I could see her just holding onto that money for a rainy day if she ever did save up enough. In some ways it isn’t the biggest deal either. Since she could certainly go and watch things with Chiya or Cocoa if she really wanted to. Admittedly I could see her struggling to do so without a good excuse since it might be embarrassing for her to do so. Much like taking a bath at Chiya’s place would be a bit embarrassing.

Now if only Syaro could get some royalties from Aoyama. Considering how many stories she’s written based on Syaro I’d almost think she deserves some reward here. But, obviously Aoyama is writing her stories and that’s all her skill. If people had to give money to things or people that inspired them then writing would probably be limited to the wealthy. At least Syaro is helping someone else have major success. 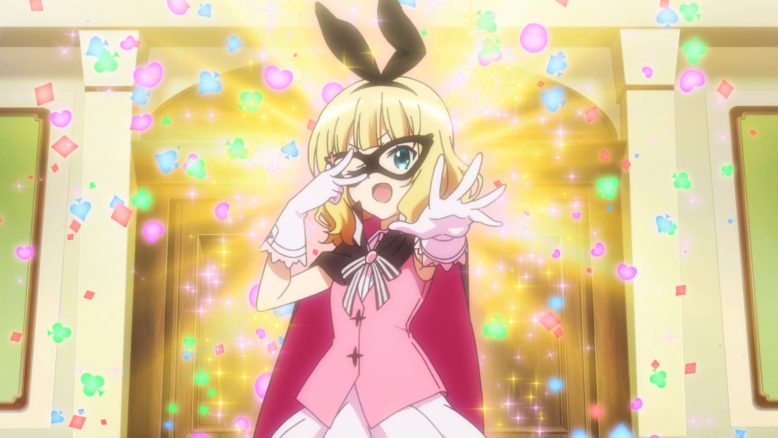 I’ll admit that creating a phantom thief character with Syaro as the inspiration was a cool move. Part of me wouldn’t mind seeing that show be made legitimately. Though having this human girl stealing in a world dominated by rabbit people has all sorts of questions being raised in my mind…Still, I have to give Cocoa props for coming up with a legitimate solution to Syaro’s troubles at work. Just trying to copy Cocoa wouldn’t get Syaro very far. Going all in to really become the character she was trying to portray would be a good way to get kids to gravitate towards it. Cocoa and Syaro are just different. Syaro can really nail the finer points through effort and practice. Cocoa just has an aura of fun and childishness that kids would gravitate towards even if her Phantom Thief Lapin act wasn’t rock solid. 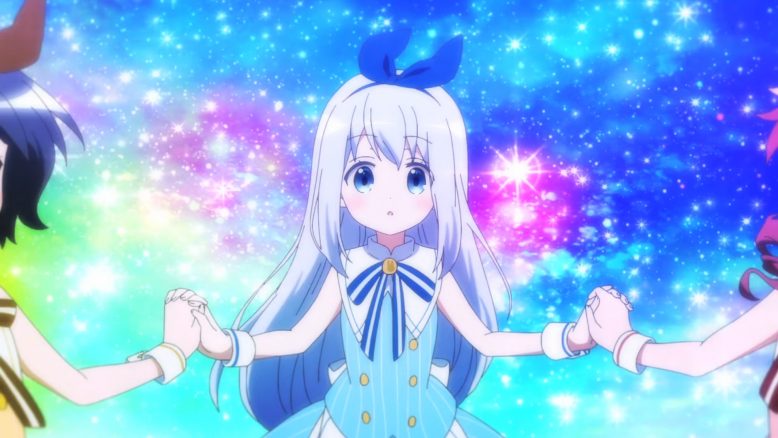 It is hard to talk about this episode without at least giving a passing comment to the ED. The second seasons’ ED was pretty darn fantastic and memorable. This one doesn’t quite hit that mark and that’s alright. Some things just can’t be matched once they are made once. At the same time after the last one was such a big hit, they kind of had to make another ED that focused on Chino, Megu, and Maya. And this one while not as great, was still pretty good. The song was very nice and the little story they told within it was nice. Nothing wrong with focusing a bit on how important Megu and Maya are to Chino. Those two reached out to her and didn’t let her end up isolated at school. Something that could have easily happened with her shyness and focus on her career goals. 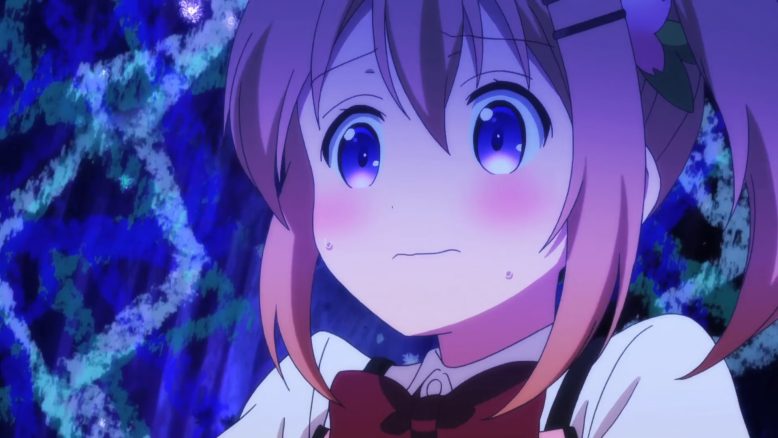 This episode wasn’t going to hit as hard as the last one since that was the first legitimate episode in this series in quite some time. But it was a very solid episode that I really enjoyed. Syaro is a great character and I liked focusing a bit on her, Chiya, and Cocoa. Other characters got their moments of course and I’m glad to have finally gotten a grip on what this phantom thief girl we were seeing in the OP was all about. This episode should keep me smiling for a while and I can’t wait for the next one.