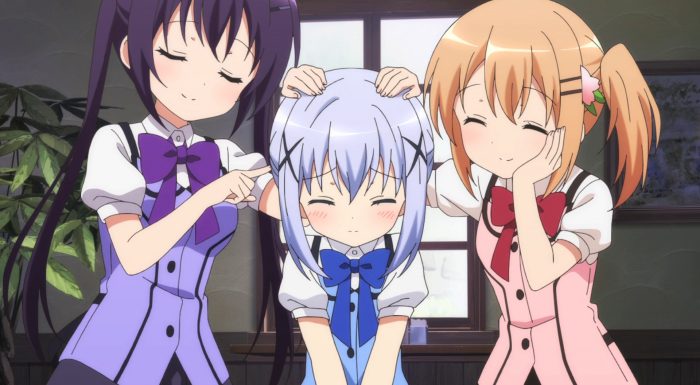 I did not realize how badly I needed this show back until watching this episode. There was no doubt that I wanted another season. But watching this first episode reminded me just how comforting this franchise is. This may be spoiling things, but much of this episode review is going to be just complimenting this show. I loved this episode and there really isn’t much of anything that I didn’t like about it. This was exactly the kind of episode 1 this third season needed and it delivered perfectly. And I really can see the development these characters have experienced over the previous seasons and where their bonds are now. Where they were in episode 1 is not where they are now. It may not be a show that is constantly heavy and serious, but there is attention given to the story. 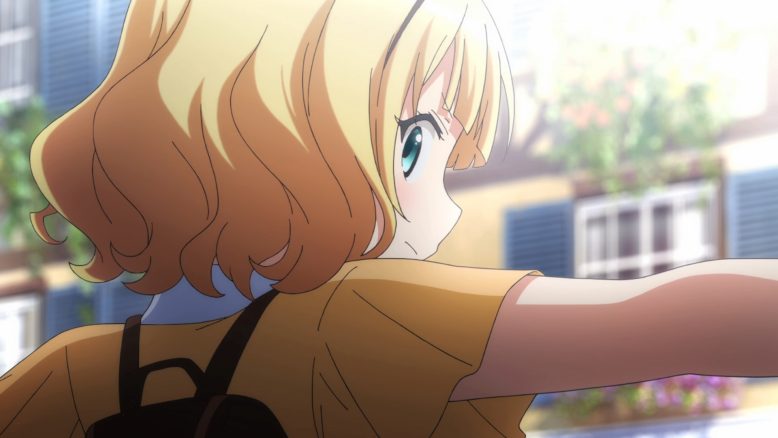 Honestly it felt perfectly valid to start this one off with them gearing up to make some summer uniforms. A fairly justified decision since wearing heavy uniforms even in summer would be brutal. I’m sure it is something that Chino’s mother was intending to do herself, but just didn’t get to that point. She didn’t finish the regular orange and green uniforms that were planned on being made too so that’s not a surprise. And it was a nice bonding session for Chino, Cocoa, and Rize. They aren’t just Rabbit House uniforms, they are uniforms these girls made together.

And the great thing was that it did let them connect with other characters. Syaro was a total hero going in there to fight the battles to get clothing. If anyone is good at handling bargain hunting battles it is her. And Chiya of course got to be her regularly silly and adorable self. But it was definitely a mission that was focused nicely on the Rabbit House girls. Kind of nice seeing that Chino stayed up working on uniform designs (even with her distinct art style) and how determined she was to have Cocoa in the right kind of pink for their uniforms. It is something that shouldn’t matter, but it just does for them. 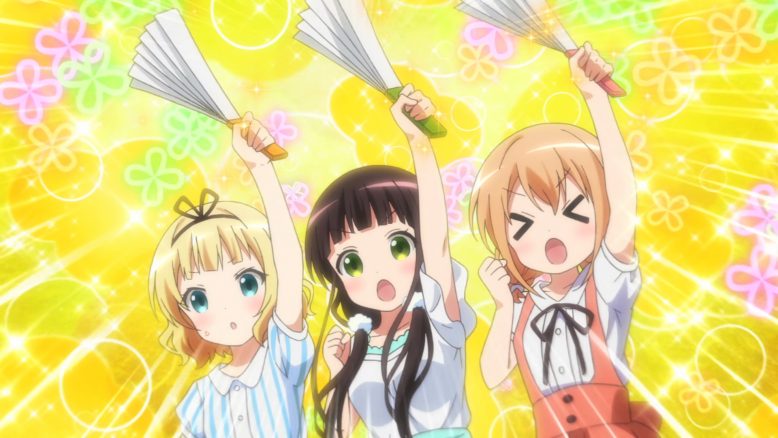 Everything just connected nicely to that main topic. The flea market scene was good fun. It was an interesting kind of synergy with Chino and Rize getting pessimistic quickly and not necessarily being elite at selling things at this kind of event. But Cocoa, Syaro, and Chiya were on their games. They each had their own way of making a sale, but they definitely did the job. It makes total sense that this is the kind of place where Syaro thrives. Her budget is so tight that a flea market is the one place where she can load up on so many things she likes without destroying her finances. 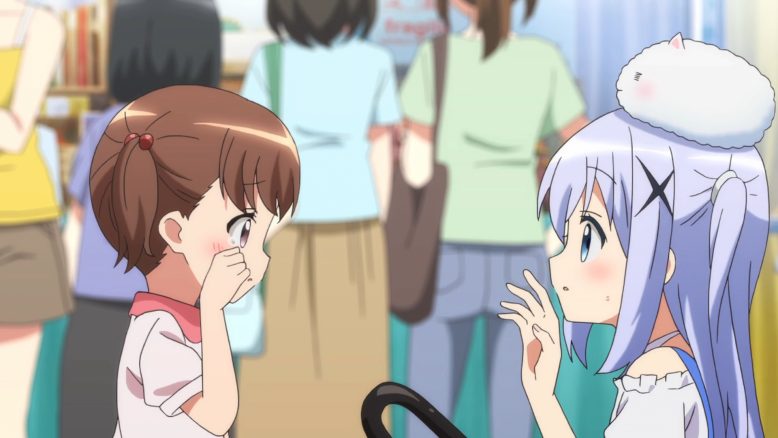 Maybe the best character moment came for Chino. Having to step up on her own to comfort a crying child really was sweet. She struggled of course at the start and it took a while to find a way to comfort the girl. And yet, Chino really came through by the end. Struggling in a way that definitely makes her feel like Cocoa’s little sister, but it also ended with her getting the thrill of being called a big sister. And considering how Cocoa is rubbing off on her, I’m sure getting called that hit harder than she would have expected otherwise. 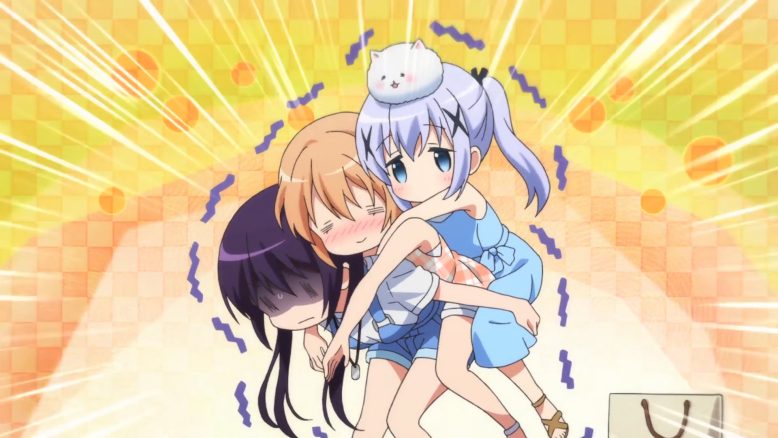 I missed these goofballs

I’m glad that Cocoa bought that magic set. It does fit that she’d ‘inherit’ something like that from Chino’s mother. And I can imagine she’ll make good use of it. Cocoa is the type of person that creates a lot of smiles wherever she goes. Whether it is messing up a trick or pulling it off, she’ll get a good reaction from those watching her. It also ties in nicely with the events of “Dear My Sister” since she did get that rabbit from Chino.

Also kind of nice to see characters passing things on to others. Whether it is Syaro and Chiya getting some of Rize’s old shirts or Chino getting an old shirt from Cocoa. I’ll agree with Cocoa that pink does actually work for Chino. Blue may be her best colour, but that isn’t the only one that she looks good in. 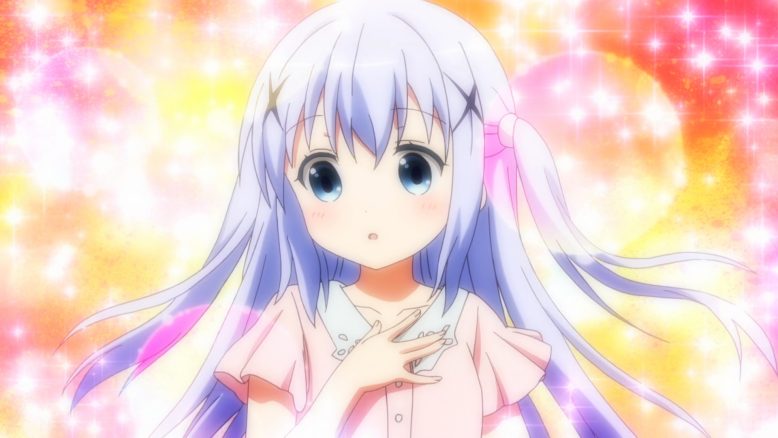 I’m truly happy to have this show back. An absolute favourite for me at this point in time. And getting several more episodes to just enjoy is an absolute win. There is absolutely no question that I’m in with this one and will be continuing on for the rest of the fall season. I can’t wait to see how the characters will continue to develop and what they will get up to. And huge props to Encourage Films. They took on this third season and it absolutely blended in perfectly with the previous seasons and OVAs. An excellent first episode.