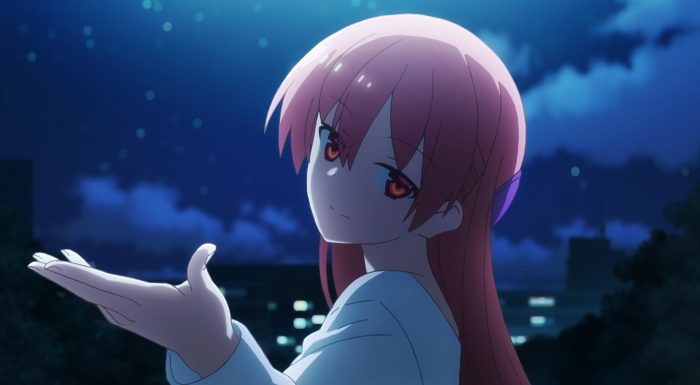 This first episode definitely represents the phrase “this was really cute.” Without devolving into saying how cute it was, the episode really was just that. The meeting of these main characters was certainly impactful. I honestly can’t wait to see how their lives continue from this point and where this show goes. There are a lot of questions after one episode. But my initial feeling was about how enjoyable it was to watch. The leads are both likable and strange in their own ways. Something you need in a setup where they are getting married after meeting once. There is just a level of earnestness in their interactions that makes you wish them the best of luck. 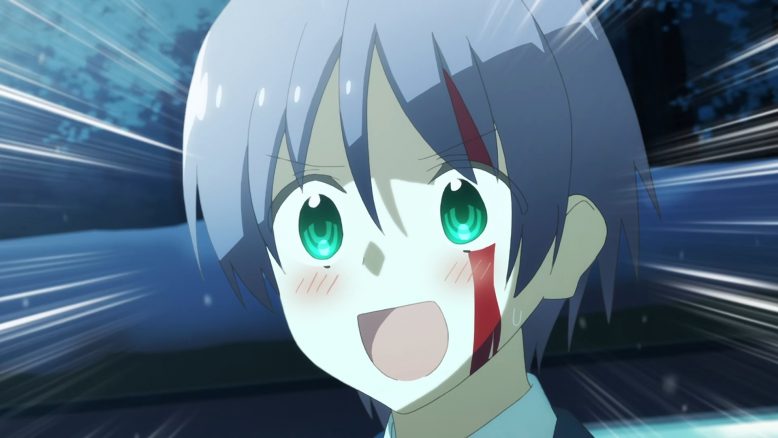 “She’s cute so mysteries be damned!”

Tsukasa comes with a mountain of questions attached to her. Just who is this girl really? How did she manage to take the brunt that truck hit and be the one walking away with minimal injuries? Heck, she didn’t even seem hurt anymore by the time that Nasa (I feel for him with that name) caught up with her. Where was she for the years that this guy spent pining for her? Was he really talking out loud at the end of the episode or can she just read minds? Normally I wouldn’t just presume that, but this girl feels so supernatural that I can’t quite discount it. Honestly, is she just Kaguya who decided to age herself down and visit Earth again? My speculations are getting pretty out there! And yet I can totally understand Nasa just not caring. The girl is cute. 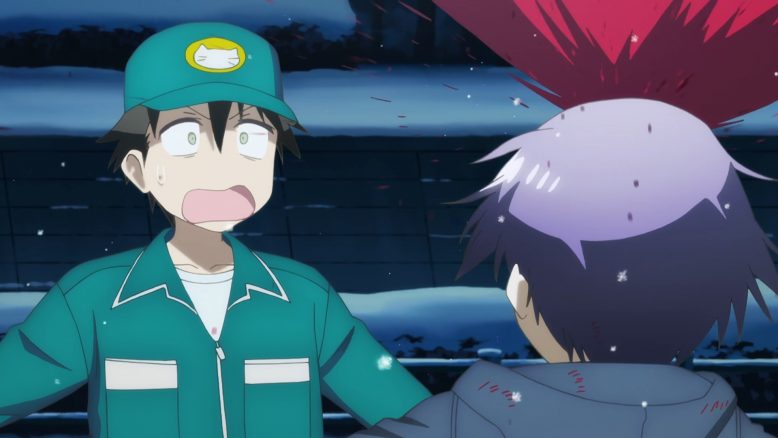 This driver will have nightmares

Credit shouldn’t be taken from Nasa though. I’m curious if he just convinced himself to get up or if something ‘bigger’ was sending him messages that he wouldn’t see her again if he didn’t move. Regardless though, he deserves insane credit. This guy picked himself up after being hit by a truck (even if partially shielded), chased down this girl on broken legs, and even when losing consciousness he managed to ask her out! That is a miraculous feat. Admittedly this is anime. But that’s still pretty darn incredible. In some ways…truck-kun managed to be the ultimate wingman here. Not that I don’t think he would have asked her out anyways, but the situation being so intense and his time before passing out so limited that he had to just go for it while the chance was there.

I feel for him as well. He spent years never even knowing if he’d see that girl again. And his whole life was just thrown off the tracks. Part of that was his own choice of course. He’d met the person that mattered to him more than anything else. What was he really studying for? Did he even want to go to high school? In the end he just sort of stopped and found other things to do. He could work…to some degree without going to high school and so he just worked and saved money. Which I suppose is helpful since this young couple could use a sizable bit of money to work with. If he’d stayed on his track and went to school…he would hardly have any money and not sure this story would be as cute with her having to move in with his parents. 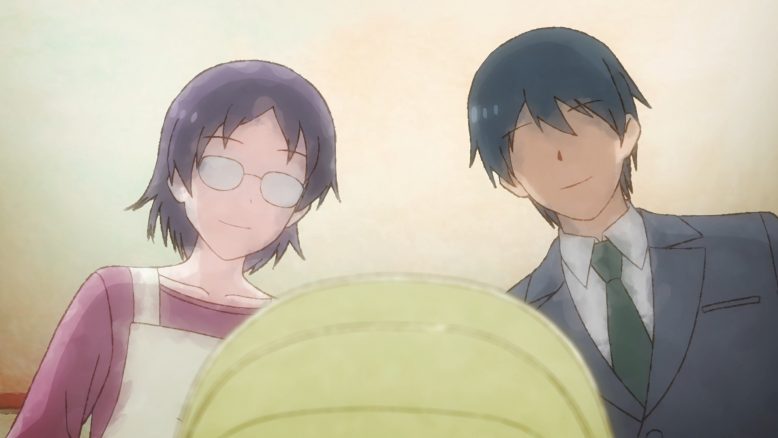 Got to say that I think Nasa’s parents…might have gotten too swept up in the moment. It’s like those parents who pick something really weird to name their kid thinking it sounded cool at the time. A kid isn’t a toy. At least be conscious of what you are setting a kid up for with a rather strange or over the top name. Oh well, I suppose if they didn’t learn that from their kid nearly being hit by a truck after trying to cross a street blindly to talk to a girl…they probably never will. I do wonder if they’ll re-enter the show at some point since I’d love to hear what they thought about him dropping out of school or marrying a girl out of nowhere XD. 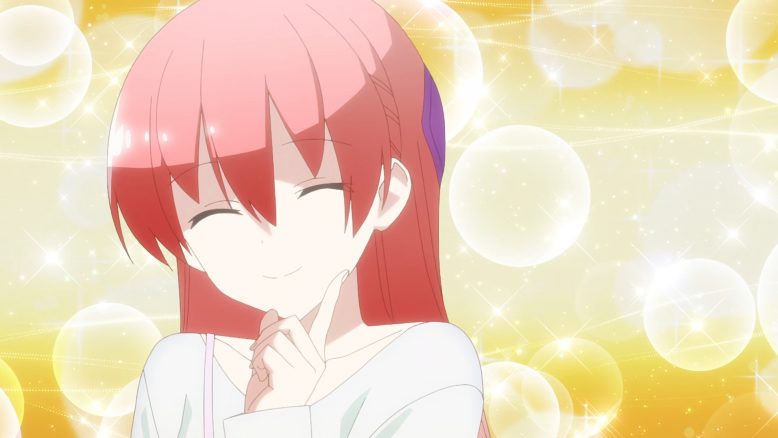 Honestly, this season is pretty packed for me so no idea if I’ll actually run with this one past one episode. But, the first episode was definitely strong enough that I wanted to try and process it a bit. All the mysteries are secondary to these characters legitimately being really nice and cute. Will definitely keep watching just to see how things play out for them. I expect some really amusing moments along with some heart-warming ones. Giving shows time to work their magic can be important. Not everyone can start off with magic. But, there is something to be said about the ones that can. This was exactly the kind of first episode this show needed and it worked.

in TONIKAWA: Over the Moon For You