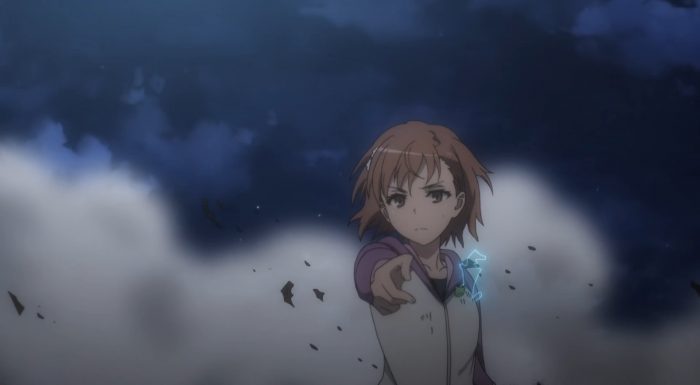 And so ends the third season of Railgun. An episode that did a pretty decent job wrapping things up. The story is mostly closed on the Doppelganger incident. Not entirely so since she’s kind of still around in Kuriba’s subconscious, but not exactly going to cause too much harm there. Just a lot of bad dreams ahead. The episode mostly just wrapped that up and threw a few moments of focus on previous events that went on this arc. 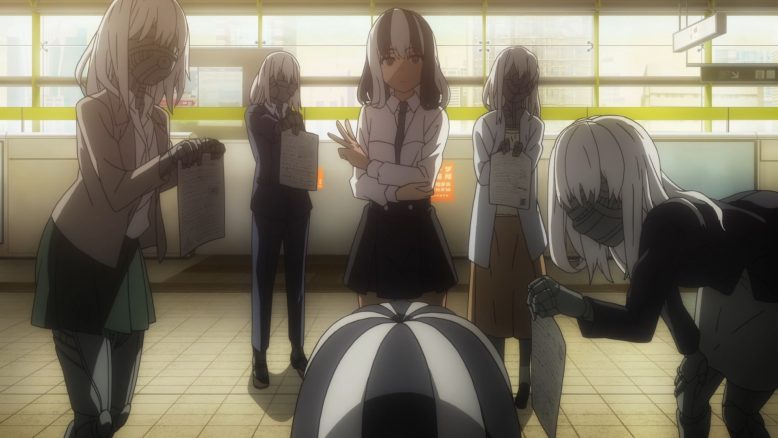 The question of souls remains rather ambiguous as it should be. Did Doppelganger really not have a soul? That she didn’t believe so doesn’t really cement anything. After all, who can really tell for sure that they have one? I’d like to think I do, but no way to prove it. Her inability to control things when damaged disproved Kuriba’s theory about soul control, but that’s all. It just means her soul can’t just go and take over the world or spread over all objects. She may not have one of course so the mystery remains intact. Good luck to Kuriba though in handling these dream consultations in the future. It is good that she can point out issues or even give good advice that will push Kuriba’s activities forward. But…getting chewed out in your dreams nightly would really cause insomnia in a hurry. 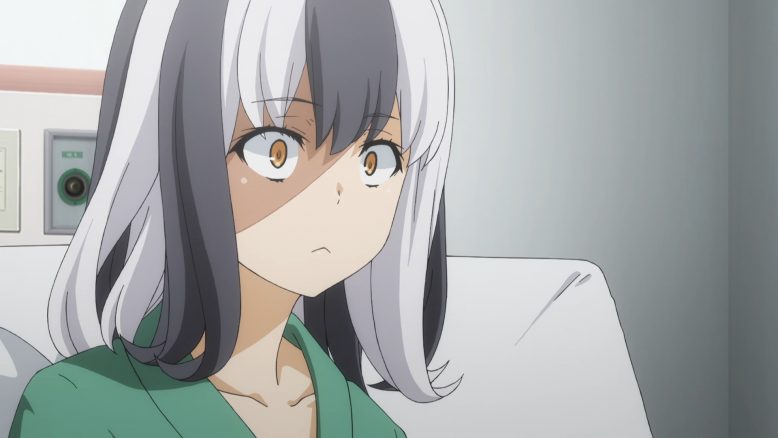 At least we finally did get a read on what Doppelganger was trying to do here. It was a pretty extreme effort to commit suicide and at least attempt to make sure she wouldn’t be rebuilt or replicated. Of course that doesn’t mean she was only a victim here. She was perfectly willing to kill a certain number of people to get the job done. Turning the city into ash? Probably not. But there was probably quite the distant line she had in mind that could be walked right up to. Killing Kuriba was definitely intended and a few others would have been ok too. Fair enough for her to mention that Kuriba herself was willing to accept certain amounts of chaos with spreading Indian Poker out into the world. People draw up lines and are willing to accept certain things for what they want or the greater good. 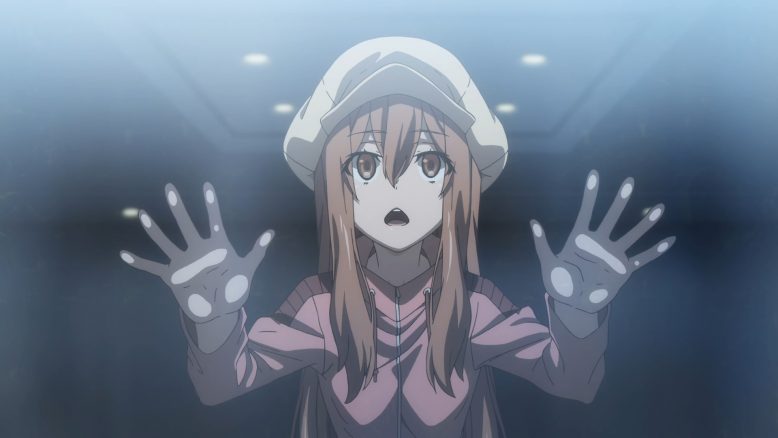 Nothing wrong with a bit of time being spent on Dolly, Shokuhou, and girl that should be in jail by now. It was important to give a bit of conclusion to that side of things and another reminder that yes they are out doing things. Did kind of get that this arc anyways, but that situation was a major focus of the season so no reason to avoid giving it a nod in this last episode. Though as always I’m impressed at Shokuhou’s intel network. Considering her lack of physical ability the idea that she managed to get all the way over there to brainwash the creepy scientist was impressive. 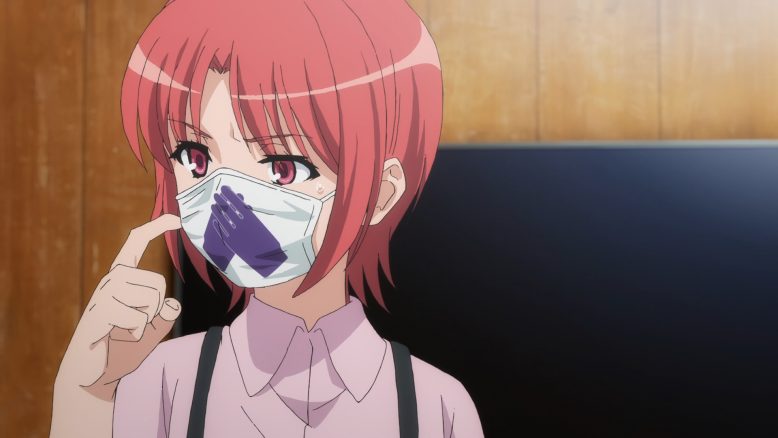 Props as well to Scavenger for putting in a good effort. Considering the lives risked and the injuries sustained, I’m good with them pushing as hard as they did to get something out of this incident. That leader of theirs really does have the ability to step up and act tough when needed. Although I’m not sure how good it is to restore their status within the dark side of that city since they are bound to get into bigger trouble going forward, it is what they want so that’s fine. No serious comments on Naru’s color scheme discussion. While I have seen some Power Rangers in the past, I wouldn’t say that genre is one I’ve got a lot of information to work from. The leader being Red is about the limit. Hopefully that group avoids getting themselves killed which is a very real possibility. 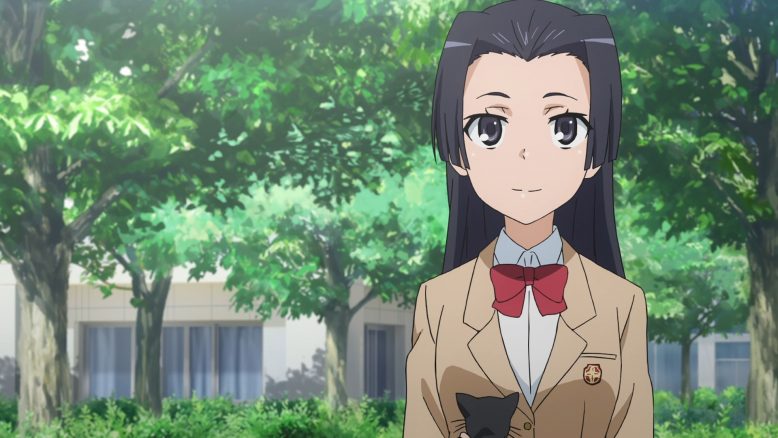 This was a solid last episode for the third season. Things are wrapped up and can be left on a pretty feel good note. Heck, we even got some time focusing on Kongou getting to meet one of the clones. Considering how much pain she went through in the last arc this was a nice reward. And for once a character in Mikoto’s friendship circle at least knows she has a sister. Cloning…not so much, but hey one step at a time. It’s good for both those Sisters and Mikoto herself to have them acknowledged. A long road to having her friends and family informed, but I’ll definitely take this development.

Not a lot of focus or hinting at where things will go from here. But overall that’s fine since if you don’t get another season any time soon it is best to stop at a point like this. It followed up pretty nicely to what we got in Railgun S. Fingers crossed we get another season and can come back to enjoy this show some more. 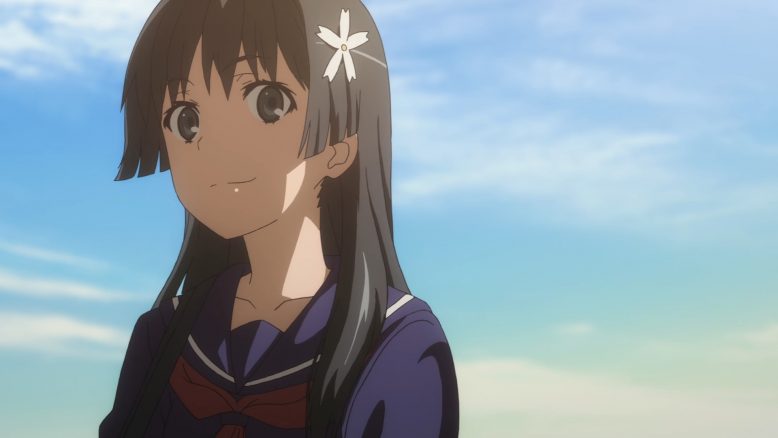 I can’t say this season was as good as season 2. But that doesn’t mean that season 3 wasn’t still good. Season 2 was just a really well handled season that had the right kind of emotional moments and really felt like a strong journey for Mikoto’s character. On the positive side this season did have a couple pretty good arcs. Even if the Doppelganger and Indian Poker stuff wasn’t always intensely compelling. There was at least one really bad episode mixed in there. But it was still solid and felt like a needed way to wrap things up with Mikoto a bit restrained when it came to the sports festival arc. Can’t say I ever really grew to like Shokuhou’s character either. But hey she at least got a bit better as it went along. 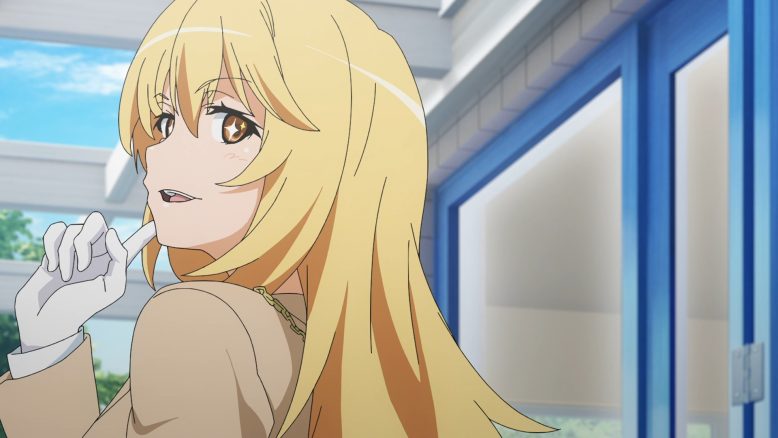 This season was an adventure in general due to how it got broken up with the break and all that was going on during it. Some really good dramatic moments, the action really lived up to expectations, and the music was pretty solid and fit the scenes. It is strange to say, but a fair degree of great moments weren’t even focusing on Mikoto much at all. You got great mini showdowns like Kuroko had while having only just recovered from her injuries or even the Frenda fight near the end of the season. Kongou’s heroics were plenty memorable along with the rescue she got from her friends later. Even if I didn’t always like the story direction or some characters, it overall held up well and gave us a good show. After the low that was Index 3 and the average outing that was Accelerator, this was nice. 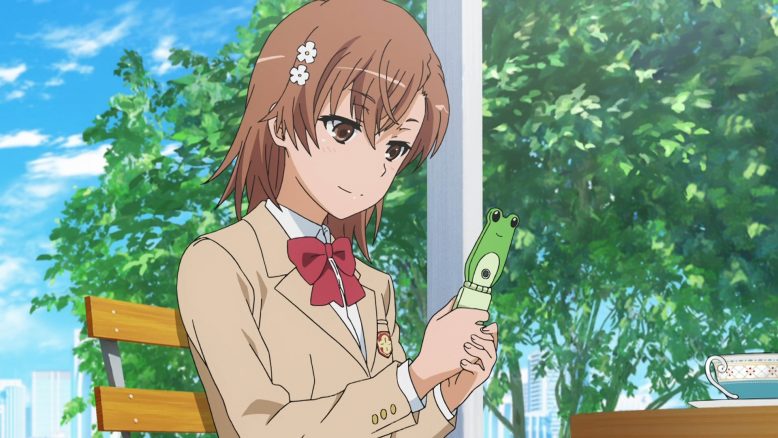 I was glad to get Railgun back after so many years. Had some highs, lows, but was overall really enjoyable. And it was comforting to know that they can still deliver quality stories within this franchise. Mikoto is still very much herself this season and is usually quite fun to watch. No telling when we might get another season considering how long it took to get this one. But hopefully there is still plenty of story left to tell with these characters.