The Misfit of Demon King Academy – 12 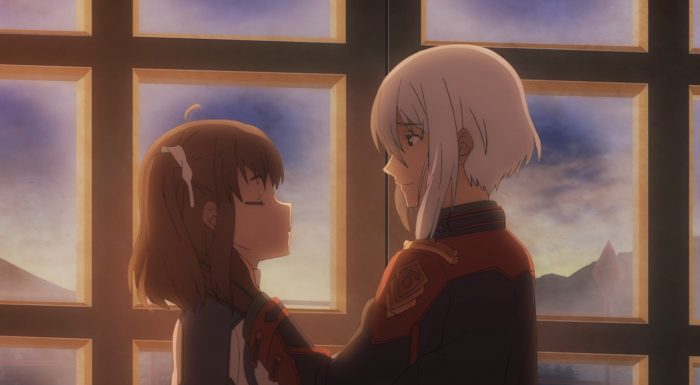 Well this sure got interesting in a hurry. I’m not entirely sure if it is the right move to leave so many questions for the last episode to tackle. But we’re definitely going there! If nothing else the last episode is set to be pretty darn packed and important. There’s no way it couldn’t be with so much they need to reveal and settle. I’m not even sure if the main focus of the next episode will be Ray/Avos/Kanon vs Anos or not. It seems likely a fight will break out. But there is still the issue of Jerga and Eleonore who was kind of forgotten after the Avos situation escalated so quickly. 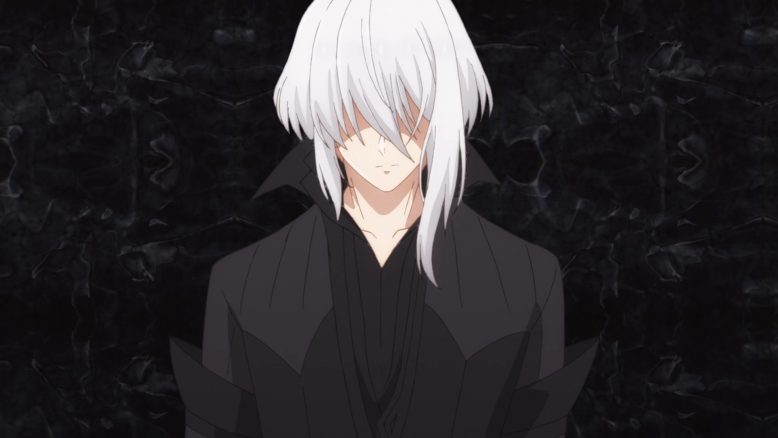 There’s so much to unpack about Kanon I’m not even sure where to start here. I guess we can start with the issue of Avos. Just why did Kanon change the recorded history like he did? What was he trying to accomplish in controlling six of the seven Elder Demon Emperors? I’m still not entirely sure about that. Was he worried that humanity would still rise up to take the fight to the demons down the road and it would be necessary to have the demons preparing themselves as well? Did Kanon think it would be tough for Anos to handle everything himself if the demons were utterly at peace?

All this is presuming that Anos is right in that Kanon isn’t acting out of malice and instead to protect something or someone. If that’s the case he didn’t usurp Anos’ place in history just to pick a fight with him. But it’s still strange. Not everything feels like it fits properly. What was up with the sword tournament situation then? How could Kanon who had control over much of what was going on let his ‘mother’ end up in that situation? Did he just set up the Avos myth and didn’t expect events to play out as they did? Was he just stupidly careless? 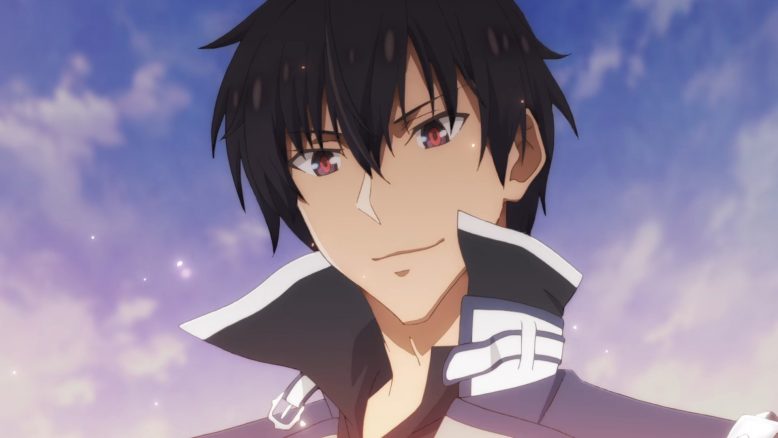 The Ray side of the reveal was always an option and is a bit easier to unpack. Kanon just pretended that he didn’t have his memories. Maybe even was pulling his punches a bit when facing Anos. But that might not even be the case since Anos was a total monster. And without his multitude of sources he couldn’t pull off the same kind of fight in letting a few of them be destroyed while regenerating the rest. Heck, I wonder if he can’t re-integrate his sources now that he doesn’t need them to control the various Demon Emperors…The windows for Ray to disappear and this Avos to appear were slight, but with the ability to teleport with magic it works fine enough. 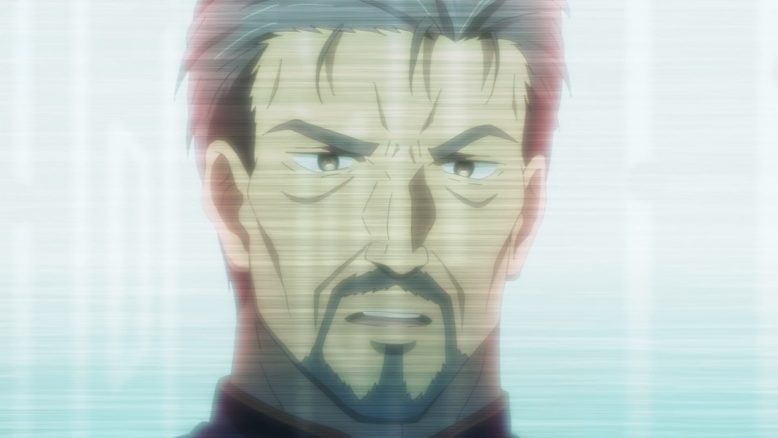 Going to be a lot for Misa to unpack when this all gets worked out. After all if Kanon really is Avos then isn’t he responsible for how demon society worked out? The split between royalists and hybrids would be on his shoulders right? Or was that how things were setting up anyways and he simply replaced Anos’ name in history with the history he chose to fake as Avos? Either way their relationship has been advancing pretty steadily here. But now…all this has happened. Well I suppose Misa is so sweet and forgiving she’ll let a lot of this go. So long as Kanon can back down in the end and they can all go back to a good and positive relationship.

Still, it is pretty sad to see. That Kanon would go this far for any reason is pretty big. He could appreciate Anos’ words several episodes back about how things would play out even if humans wiped out the demons. But…he wanted to believe in people. That belief lead to a sword in the back. It is true that humans are weak and they proved that. But was the betrayal so utterly terrible that he lost his ability to trust in human kindness? Did he reincarnate as a demon because he was done with humanity? I’d like to hope that he still has some faith in them and that he’s doing this as much for humanity as the demons. Not sure how since starting a war doesn’t seem good for anyone. But…is his intention truly to just wipe out humanity since they are weak at heart? 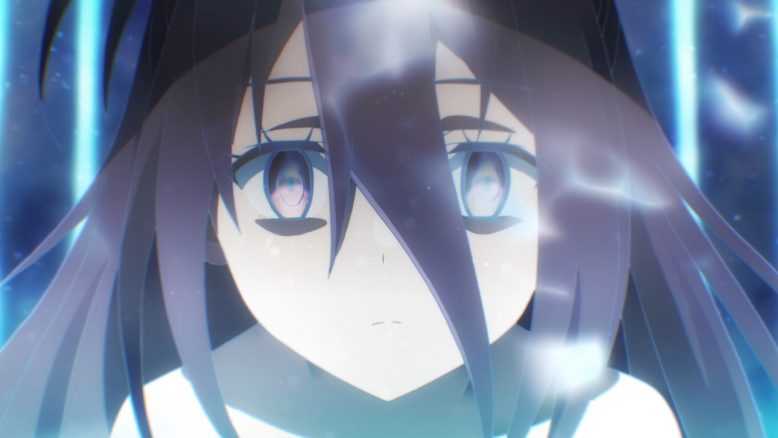 A nod to Eleonore who was utterly forgotten after the half way point of the episode XD. There remain questions when it comes to her situation. Is…she alright right now? Presumably Anos and company bailed out of the human capital after things went sideways. But what is Eleonore going to do now? I suppose she has little choice but to continue spamming human source clones endlessly. But is she trapped again or free to act? The emotional outburst from Zeshia did help put a hold on the idea of killing Eleonore to stop the cloning of Zeshia and Diego to continue. But in that case she’s still stuck doing the same thing while the hatred of Jerga is continuing to infect humanity, but particularly the heroes through the use of Asc. Kind of surprised Anos just left her there, but I guess she wouldn’t want to abandon her ‘children’ either. 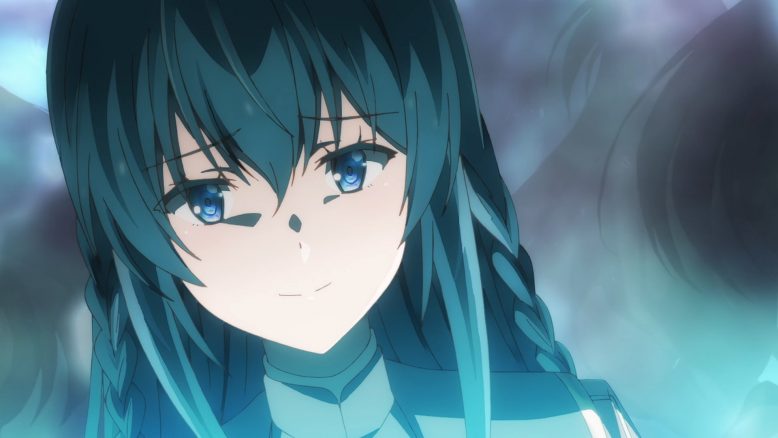 Hope things turn out alright for her

Holy smokes this episode has a lot going on. Next week is a must watch episode that will make or break the show. I hope at the very least things work out. That Kanon/Ray has his main girl in Misa kind of gives me hope that he’ll be fine by the end of this. Anos is nothing if not pretty generous when it comes to forgiving people doing questionable things for good reasons. So if it is close to Sasha in terms of doing the wrong thing for a good purpose then he’ll be ok. But in that case is Jerga the last boss in all this? I don’t know. Guess we’ll find out!