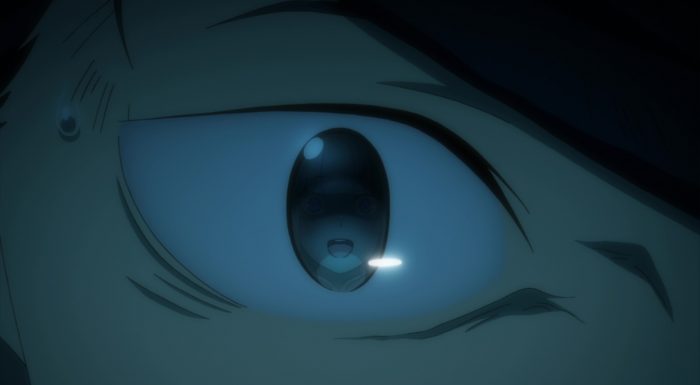 Re:Zero has made the transition from fever dream to fever nightmare. Its more often than not that I forget just how dark this series can be, and last week’s episode was a perfect setup for this week to totally break both its protagonist and its audience. Two steps forward, three steps back feels kind of apt to say, but that’s also par for the course when it comes to this series. Re:Zero is all about its protagonist slowly clawing his way towards a resolution, fighting tooth and nail to get there. Its what makes the series both hard to watch, but ultimately very satisfying.

Subaru has it rough, and honestly, the amount of suffering he goes through is pretty hard to swallow at times. The thing, however, that makes me continue to stick with this series and even enjoy it, is because Subaru himself, for all his faults, is a pretty heroic and likable character. At the end of the day, no matter how much pain he endures, no matter how much stuff goes side ways, Subaru just falls down hard and then gets back up.

There’s something very endearing about seeing a character continue to struggle and yet continue to press on. We of course, know that Subaru’s ultimately going to succeed, he has to in order to make this story meaningful. In a time when reality itself is pretty hard for a lot of people, I think a show like Re:Zero can serve the dual purpose of both entertaining AND providing some hope. Subaru goes through horrors that I honestly don’t think I could even be around, let alone survive experiencing. 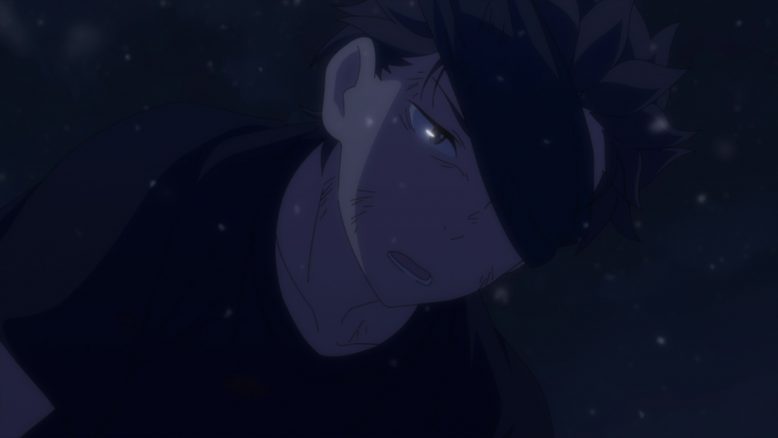 Yet, I think there’s something beautiful in that persistence and drive to just not give in. Subaru’s suffered enough that he’s wanted to give up, multiple times, and yet some how, for some reason, he just can’t. He has to keep going, moving forward, because that’s just who he is.

Which, ultimately is both excellent character work, and what makes this episode a strong one. Subaru, after having figured out last week what he had to do, , is thrown for a huge loop this week. The conversation with Betty is the very definition of demoralizing, as Subaru finally begins to understand what Betty’s deal is.

I have to say, the Betty stuff took me by surprise. Its pretty much a common occurrence at this point, but I love how Re:Zero and Nagatsuki-sensei continue to set expectations only to completely provide a different yet equally valid response to those expectations. I was pretty much sold on Betty being a slave to her Tome of Wisdom, but I have to say, I love the fact that its more or less her contract and her two hundred year isolation that’s actually motivating her despair and actions. 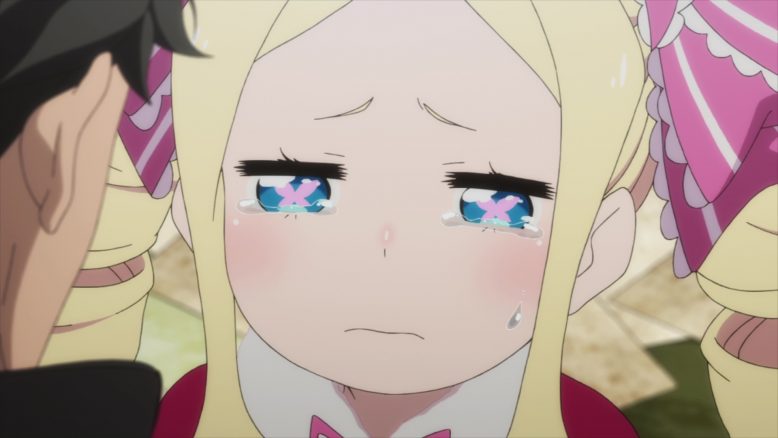 Two hundred years of loneliness is extremely cruel, especially to a spirit that honestly seems like she’s just a arrogant but sweet little kid. Subaru realizing that he can’t possibly be what Betty truly needs, is a powerful moment. Subaru wants to save this person, he does, but saving her is no easy task. Its not simply being a good friend, or sacrificing himself once or twice to push her forward. No, Betty’s two hundred years of suffering demand that she be put first, above even Emilia.

That’s not something that Subaru is capable of doing, no matter how much he may want to help Betty. And I have to say, I loved the little twist at the end of the conversation, where we found out that Betty’s Tome of Wisdom has been with empty pages for a while now. It just lends itself to an even scarier fact for Subaru, that simply taking the book away from Beatrice is not going to suddenly solve the core problem here.

Its common in fantasy stories for the protagonist to have to fight against a macguffin, to resist its influence and what not. I absolutely LOVE how Nagatsuki-sensei set it up so that we thought this was a macguffin powered story, and then ultimately made it a more human one instead. Props as well the voice actors, the anime production staff and nearly everyone involved for just nailing all of this so spectacularly. 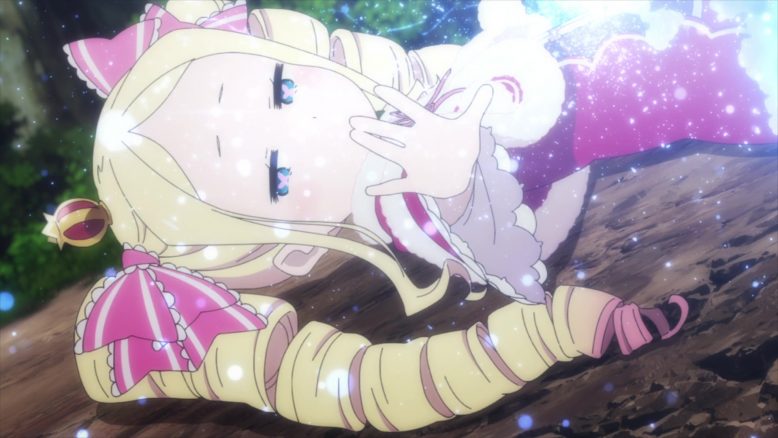 Ultimately, Subaru ends up being unable to help Betty, and is instead, sent all the way back to the Sanctuary. One mission failed, what Subaru encounters next, is just as massive of a shock. As Subaru makes it back, he realizes that the snowy landscape from one of his earlier Resurrections is back, except its here a lot earlier than before.

And then there’s the encounter with Emilia, who’s now in proto-Satella mode. I say proto-Satella, because she hasn’t made the full transformation yet. Its clear, however, that the Satella transformation does occur when Emilia hits rock bottom and goes into complete despair.  And this week? We also find out who’s been behind Emilia slowly losing her mind, and even that answer is every bit as complex as you’d suspect it to be.

Roswaal was always a shady character, and its nice to see his actions start to make sense. He himself also has a Tome of Wisdom, and how he behaves each time is linked to whatever information he can glean from Subaru. Roswaal’s actions are powered by his own personal goals, everyone else be damned. Which, ultimately, puts him at odds with Subaru, who wants to save and protect everyone, not just himself and what he wants. 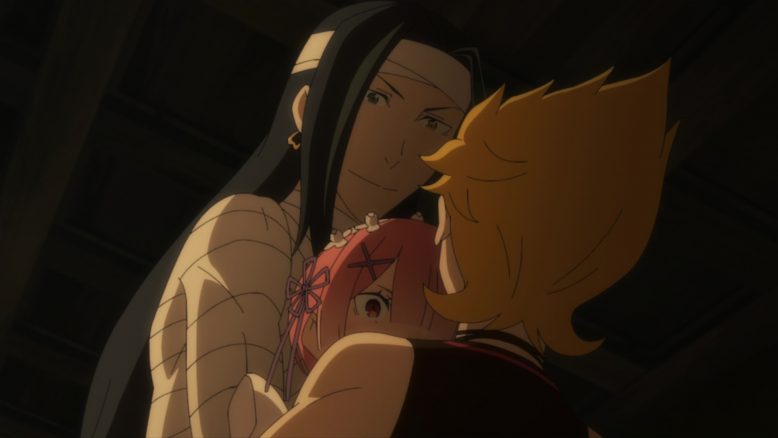 The fact that its Roswaal that’s been slowly isolating Emilia and also its him who creates the snow that ultimately attracts the Great Rabbit? That’s a dozey. What’s even more earth shattering is the fact that Roswaal doesn’t actually carry over his wisdom between Subaru’s resets. Every Roswaal is acting on  the same information that he has from that particular timeline.

Its a helpful fact, in that it means that Roswaal’s actions can be narrowed down to few predictable ones, but what shocks Subaru is just how single minded Roswaal is. Roswaal has transcended even his own death, and everything he does in service to pushing SUBARU towards reaching a particular goal. What that goal is, and what Roswaal wants? We don’t know yet.

The problem, of course, is that Roswaal is yet again, another competing entity that Subaru has to juggle now. There’s the issue with the Great Rabbit, there’s Elsa and whoever sent her (My guess is Roswaal), there’s Betty, there’s Garfiel and of course, there’s Emilia and her own despair. Subaru can’t leave Emilia, because Roswaal will make sure she goes insane, but if Subaru doesn’t head outside of the Sanctuary, then Betty, Petra, Rem and Fredrica die. 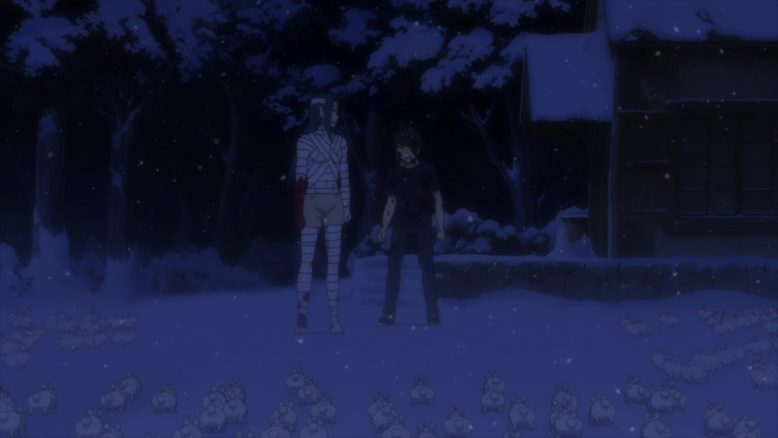 Its no surprise, after understanding all of this, that a broken, battered and half dead Subaru just lies down, exhausted in the nearly insane Emilia’s lap. A mere few moments after he finally figured out a way to perhaps solve all of this, Subaru’s learned some new facts that make this problem infinitely more complicated. There’s a long road ahead, and while it may be tough to watch Subaru fall back down so hard after having just made some headway, I will say I’m really curious and excited to see how he solves this particular issue.

Season 1 had the White Whale, and how Subaru ultimately had to get over himself and mobilize everyone together to fight that off. Season 2 has two threats and Subaru has nearly no allies that he can rely on. Its a much harder version of what Subaru’s faced before, and if he is to overcome this, he does indeed have to improve and reach new heights. That’s what Roswaal clearly wants Subaru to do, to catch up to him and play a game that Subaru can’t even see yet.

My money is on that game being ultimately a 4D chess match between Subaru and Echidna. Echidna, the one who has all the knowledge, has set up this impossible situation for Subaru, hundreds and hundreds of years in advance. Betty is contracted to Echidna (and may even have been created by her), the Tomes of Widom probably come from her, the Sanctuary was created  by her, and she probably has a deep amount of knowledge on Satella as well. 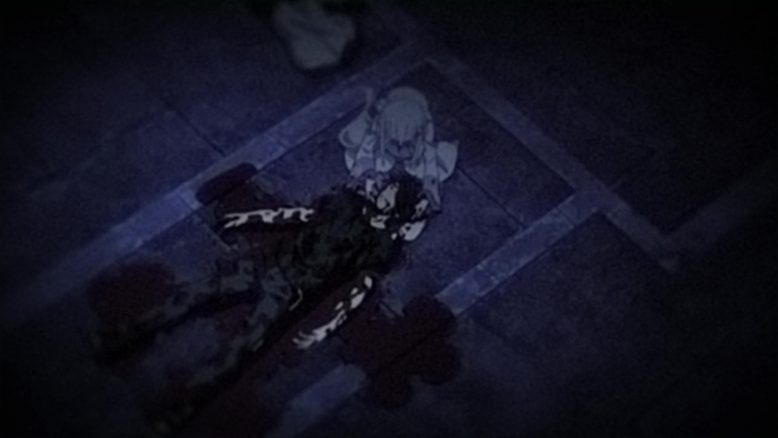 So… Where does that leave us? Well, we’ve got maybe one or two more episodes, so it seems like this cour, part 1 of Re:Zero 2, is not going to resolve this particular plot. Its clear that this entire season is going to focus on Subaru’s current predicament, so I guess we should just get comfortable. We’re going to be here a while yet, and now the big question is, where does Re:Zero leave us as Part 1 ends. Will it be a massive cliffhanger? A breather? Or will we just be kind of left uncomfortably in the middle. That, I think, is the pressing question for viewers who are watching this show week by week.