The Misfit of Demon King Academy – 11 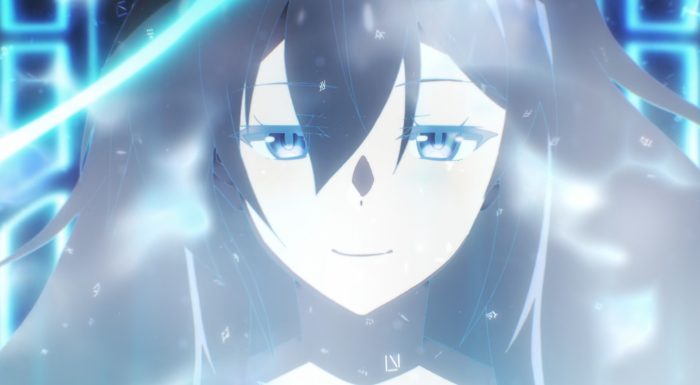 Well this episode was entertaining for the most part. It did have to end with a frustrating cliffhanger. So left waiting another week for not only for the story to wrap up, but also to have a clue what is going on. At the very least the team battle was plenty entertaining. There was no shortage of good moments for various characters and of course Anos really being awesome for much of it. Not that the world needed a reminder not to anger him, but we got one here. Touching his family, friends, or love interests will not end well for you. 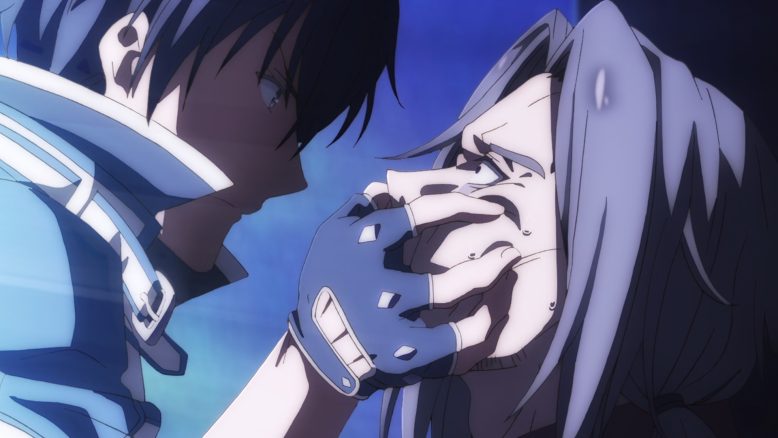 If nothing else I was feeling the heroes were rather pitiful in the opening moments. Ignoring their sad concept that Kanon was stronger than Anos the bigger thing was the realization of how far off they were from Kanon’s reincarnations. I’m sure Kanon wasn’t impossibly behind, but definitely second to Anos. Misinterpreting the voice of Jerga (or I presume Jerga) for Kanon was pretty bad. But beyond that it also shows how they have been effectively brainwashed to continue the hate against demons. These fairly powerful guys being used as tools to fuel the flames of hate that should have died off during the long time the walls were up. To start a war that Anos and Kanon both gave much to end.

The pity only gets stronger when you realize how messed up things are. That teacher is undoubtedly a pawn, but so many have been manipulated due to an intense hatred that refuses to die. There’s no good reason for these people to hate demons that much. Terrible things happened in the past and the war itself shouldn’t be forgotten. But no one living today should be shackled to atrocities committed thousands of years ago. I suppose there’s some meta commentary tied to that. But for now I’ll just stick to the show itself. It’s becoming clear that there was definitely a desire to re-start the war and send this peaceful world into a nightmare. It’s tough to let go of hate, but if you don’t…you really do end up a monster like we saw. 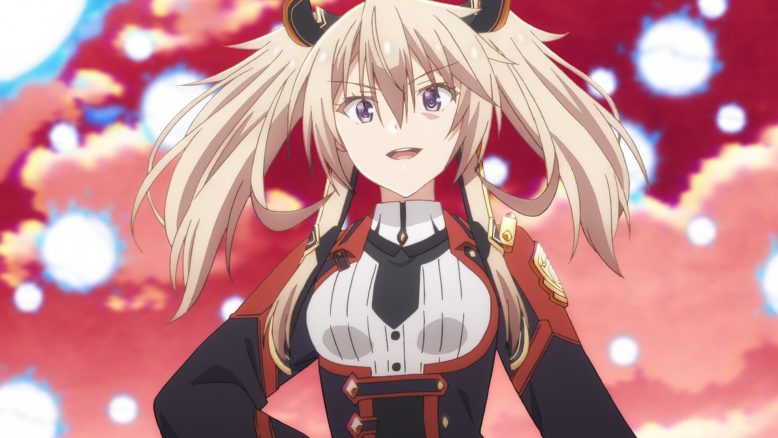 Ready to crush the fodder

I will give full credit to Sasha and Ray for doing great work. Showing that they are the secondary tier behind Anos on that team. They can handle reasonably strong individuals and do so in different ways. Ray handling that very interesting sword and showing a terrifyingly merciless side when pissed off. Using someone’s own swords to leave them in a brutal state is well done. Not that Sasha let her opponent off easy either. She used her cleverness to make cheating come at a price and then unleashed her eyes in their full glory. It was nice seeing them devastate rather than just being shut down by Anos who is just too awesome. Loved seeing Sasha showing off her honest loyalty to Anos and also how scary she can be when unleashed. Don’t mess with her unless you want to pay a price. 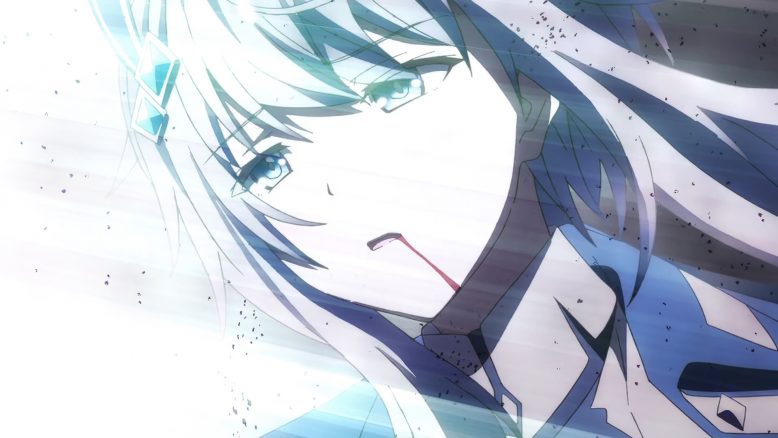 Poor Misha. That was horrible. Also I’m getting concerned by the amount of times she’s gotten seriously stabbed in this show…On the positive side though, it did give her the chance to be rescued and carried around by Anos. I suppose Diego is even worse than the other students due to the age factor. He’s been indoctrinated by that hate for such a long time. To the point where he actually went on trying to murder an innocent demon student because…she’s a demon. I’m sure Jerga being important to all this was supposed to be a surprise, but can’t work that well in anime since you can hear the voice. It’s sad to see someone who at least was looked up to by Kanon on some level turning out to be so utterly pathetic and evil that he’d spread hate for thousands of years.

Been a while since we saw Anos this pissed off. I think of course the factors for it are multiple. Misha getting hurt like that isn’t a joke and that would likely be enough to send him into a rage. But beyond that you have these people carrying Kanon’s name and dragging it through the dirt. You can feel the deep respect Anos has for Kanon. Someone that suffered incredibly for the sake of his people. It makes sense why Anos ended up trying to befriend Kanon and also work with him for a lasting peace. Someone that good and self-sacrificing had to represent a people worth coexisting with. And it makes clear how big a deal Kanon was. Having parts of your soul destroyed over and over again had to be agonizing. And yet Kanon endured all the fighting and kept going, becoming a truly great hero. 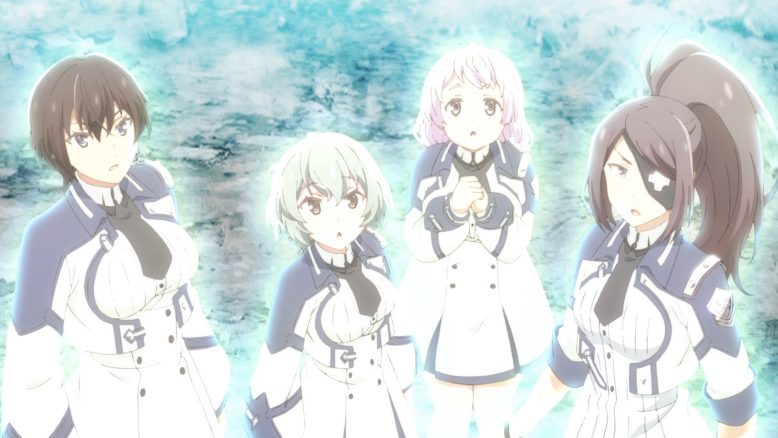 Props to the Anos’ fan club. Those girls can carry a tune. That they won the day just made sense. 8 is way less than 10 million. But that’s 10 million from peace times, without a lot of emotional punch to it, and honestly lacking in actual love. Kanon may have only had the support of 100,000 people, but those people truly supported him and knew if he failed they would all die. That’s way more power than 10 million people living in relative peace. And certainly a fan club with deep affection for Anos can overpower that when they are powering up a guy…who is already the most powerful person on the planet! 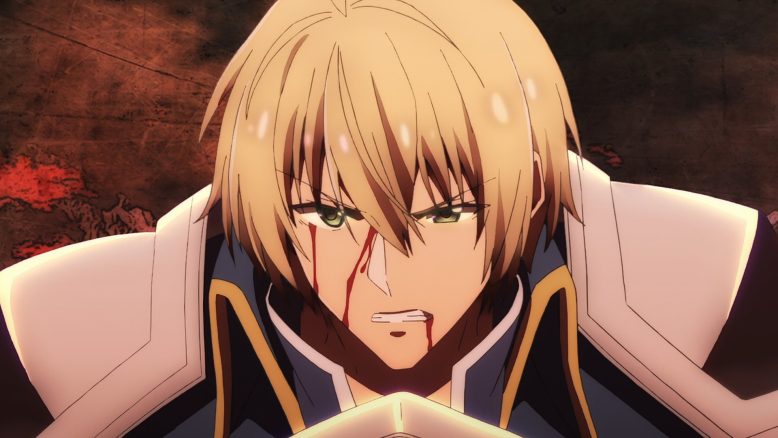 Will admit that I’m going to be extremely disappointed if they can’t pull off an epic appearance by Kanon in this show. The level of hype Anos has built up for him can’t end with anything simple. Even if he’s Ray it isn’t good enough unless Kanon’s memories and personality actually emerges. If he doesn’t appear at all it will be a real downer. They’ve been setting up Kanon’s appearance and friendship with Anos since the start. This episode heavily hammered home how damn awesome he was. If his soul is gone or he’s not going to show up…that’s a true tragedy. And not one I’m necessarily sure I’ll give the story props for. That kind of revelation would hit Anos hard, but I’d rather just have the guy show up or be pointed out. Let’s find a way to end this with an epic Anos and Kanon teamup fight. 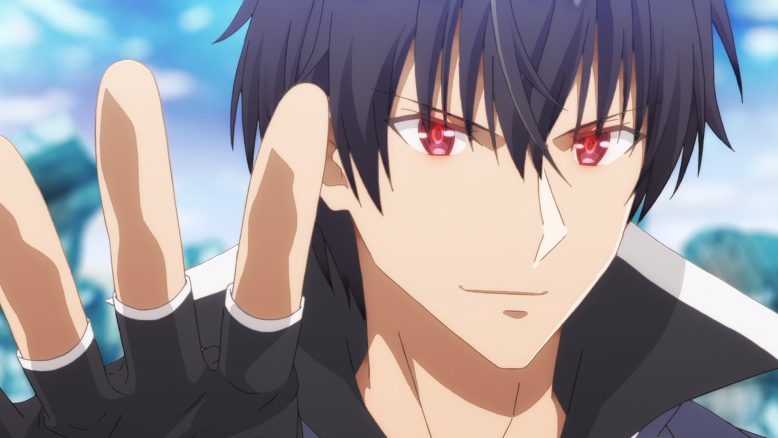 Now I just hope the next episode gives us a few more answers. What exactly does Eleanor mean by “I’m magic”? That’s even more vague than Misha’s “Misha Necron never existed.” Who or what is Eleanor? Kanon? Kanon’s magic? Kanon’s sword? Nothing related to Kanon? I just don’t know. What I don’t expect to see is another big song sequence. Hopefully the next episode will come through and give us something truly awesome.