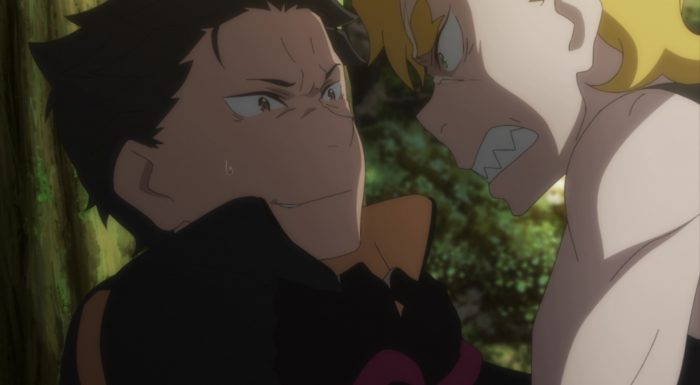 Its going pretty darn well when it comes to Re:Zero. Each week continues to drive the show forward, at best pushing the series to new heights and at worst steadily maintaining momentum. This week’s episode may not have elevated much of anything, but the progress is steady and evident. Re:Zero 2 is definitely driving towards something, and sometimes, a more slower episode is just as important as the bombshell drop we got last week.

I think its safe to say now that Satella is definitely Emilia. As to how Emilia actually becomes Satella? That part isn’t quite clear yet, but… We do know that it does seem to relate to Subaru in some way. My best guess is that extreme grief or loss is what causes Emilia to transform into Satella. Once the transformation happens? It seems that there isn’t a way back. 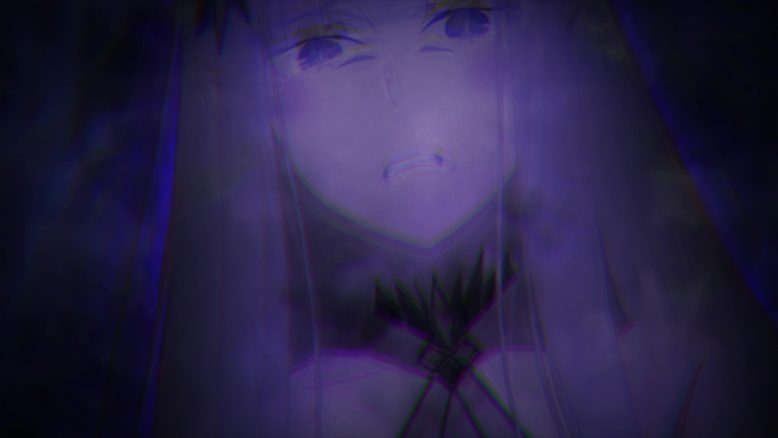 Say you love her now, Subaru. Go ahead… All the Rem fans are waiting. >_>

I know I’ve mentioned this a few times, but I still do strongly believe that the very first time Satella appeared was at the very beginning of the series. If you go back and watch the very first episode of the first series (either version), you’ll see the same black cloud that Subaru finds himself in this week, before a reset happens. As to why Satella traps Subaru into an everlasting cloud of obsessively creepy love? Well my guess is that the connection between Emilia and Subaru has gotten a lot stronger than what it was before.

In any case, Subaru is able to trigger his revive once again by killing himself using the handkerchief that Petra gave to him. The same item, I might add, that Echidna did something to. And while Subaru may continue to believe that Echidna saved him here, I myself believe that there’s more to that story. Mark my words, Echidna is not going to be the ally that we see her as right now. 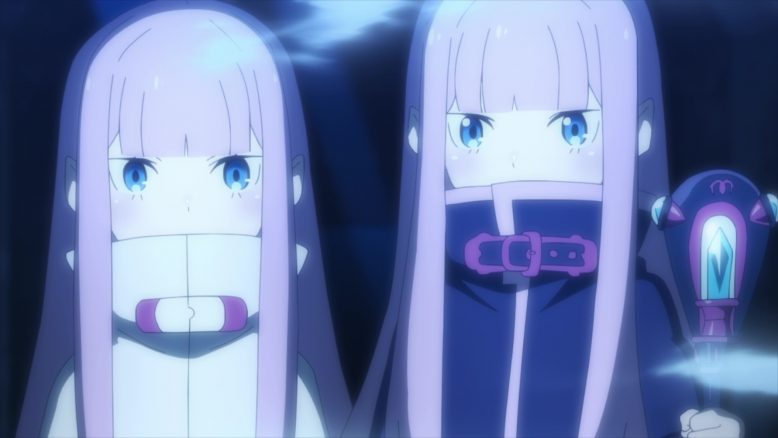 Beyond that, there was a lot of progress in the story, less exciting though it may be. Figuring about what Ryuze was, and how Garfiel gets triggered into a fit of rage, were important bits that Subaru needed to know. Its interesting that Ryuze is a failed vessel for Echidna’s bid at immortality. Beyond that, the fact that she can basically be ordered around by whoever has successfully undergone the first trial is a pretty powerful little revelation.

It points to the fact that its been Garfiel, not Ryuze that’s been calling the shots. Speaking of which, Garfiel. It seems like the all important trigger for that guy is the fact that he doesn’t trust anyone who’s undergone the first trial. Is it because he’s probably not a huge fan of Echidna? I’m not sure. What is clear is that Garfiel’s reactions make a lot more sense now. The very first time Garfiel got to know Subaru first, before he found out about Subaru’s little success in the trial. If Garfiel ends up learning about Subaru’s whole deal with the trial too early, he immediately becomes too suspicious and dangerous as a result. 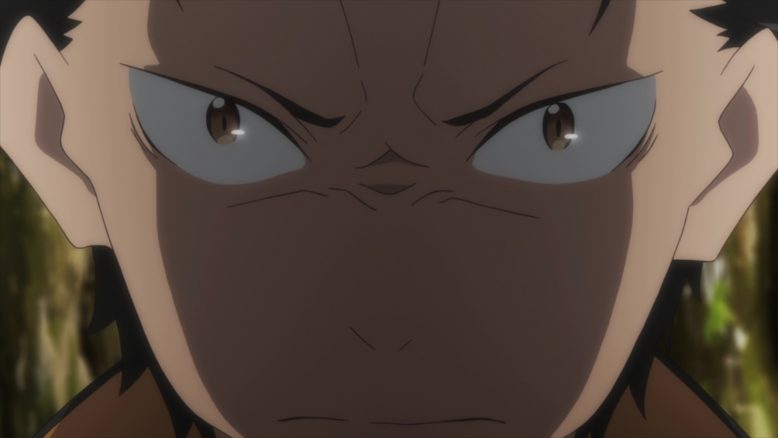 And I have to say, the way Subaru deals with Garfiel this week, is badass. The balls on Subaru for not only angering the guy on purpose, but then that superb line at the end that also doubles as the episode title this week: “I know hell”. And boy, does he, indeed. The amount of suffering that Subaru’s gone through in this series? Its insane, so to see Subaru derive both strength and confidence from that, was amazing to see.

And finally, the episode ends with Subaru finally making it over to Betty again. Its clear where this is going, and I honestly can’t wait. The Betty part of the equation has me most intrigued, whether its her striking similarity to Minerva (The Witch of Wrath) or the contract she keeps going on about. Its clear that Betty has the answers to all of that, and its clear that those answers are about a week away. 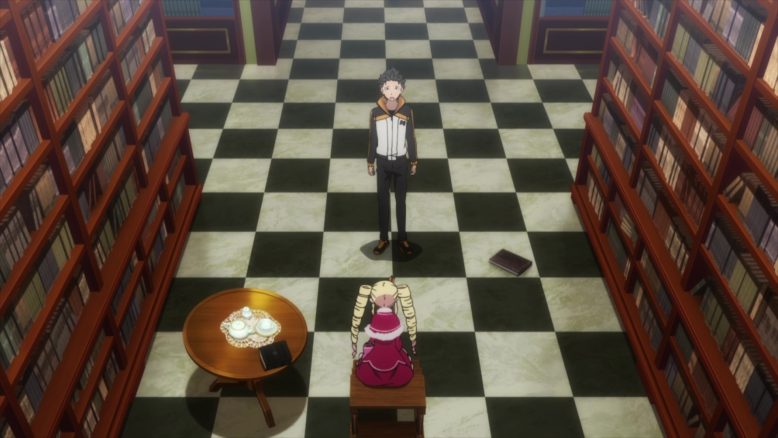 How every episode should end… 😉

So before I go, I will say that I was a bit wrong here. I had expected Subaru to ultimately deal with the Sanctuary stuff first, but its clear that he intends to handle the mansion first, and THEN deal with the killer bunnies. With Ryuze being an infinite mana source, its clear that the pieces are in place for that particular problem to be dealt with. All that’s left is to deal with Elsa at the mansion, and then things should go fairly smoothly.

Also worth mentioning is that Elsa didn’t quite appear this time, and it may have something to do with the fact that Roswaal did not know of Subaru’s intention to return to the mansion this time. Is Roswaal really the one who hired Elsa? I suppose we’ll find out next week, as nothing is ever what it seems to be. Which, incidentally, makes Re:Zero really engaging and stellar to watch.