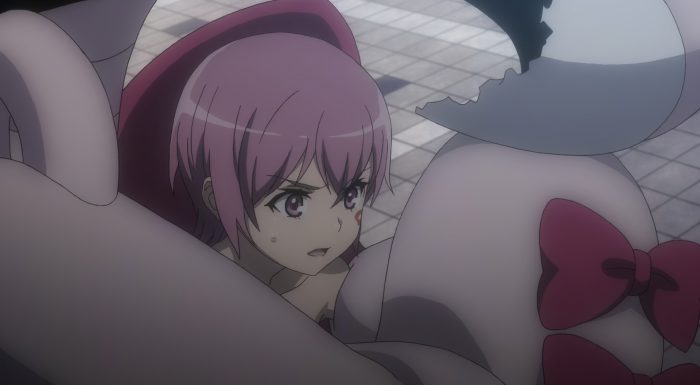 Well the battle has started up in a hurry. There’s little time for thinking things over and even less for talking it out. Whatever the plans of Doppelganger she is on the move and not stopping for anyone. Of course the intervention of Scavenger both helped and hurt the situation in different ways. So there’s even less time for pondering things. Mikoto is heading in against an arguable monster that won’t go down easily and if destroyed would become an even bigger threat. Thankfully I can’t imagine her ability to control material would extend to Mikoto’s electricity so she should be able to fight at full strength regardless. But, it will be a difficult spot dealing with someone like this. 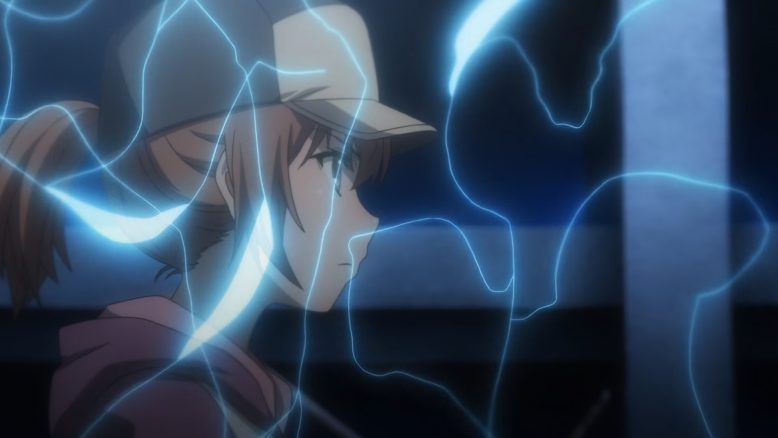 I will admit that Scavenger while making the situation worse, did some good. If they hadn’t intervened then there isn’t much chance that Mikoto would have caught up in time to save Kuriba. It did take time after all for Mikoto to empathize and get moving. Just unfortunately their sense of helping someone out involves mugging them after…Probably better to get knocked around a bit than killed by the Doppelganger so I suppose that’s overall a win.

Thankfully for Kuriba she did get helped out legitimately by Mikoto later. She’d probably have been let go anyways, but that bloody nose did deserve some compensation XD. Credit to her for being able to get away even once from Doppelganger. But I suppose if you knew a robot was coming to kill you then you’d make some preparations. Mikoto on the other hand needed little prep. This was an excellent display of her abilities and strengths. She managed to help out the person she was there to help and then quickly handle her opponent. Friction manipulation is pretty awesome, but against maxed out electricity powers it won’t quite get the job done. Thankfully for Mikoto she didn’t have to hear how yet another opponent presumed she was a guy… 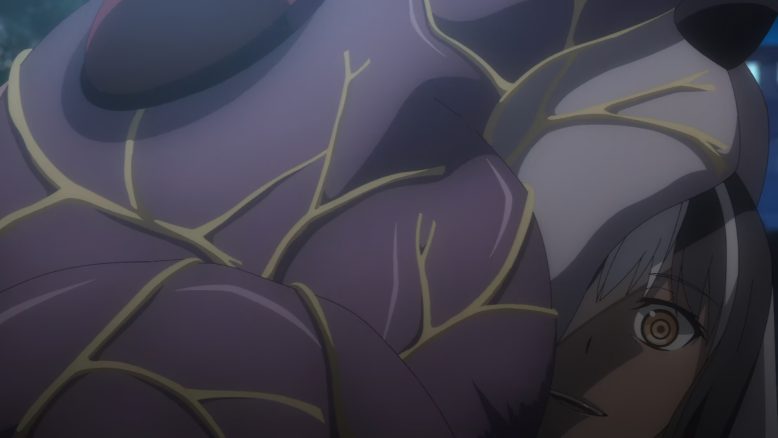 Things got pretty darn messy for the Scavenger girls though. I can’t even blame Naruha for losing her head. It’s possible they could have found a way to handle the Doppelganger without doing too much damage. But, that might have come at the cost of their leader’s eyeballs being scooped out…I’d say snapping and hitting the robot as hard as possible is kind of a natural response. Think most would just go that route seeing a friend’s arm being shattered and what was coming next. It did go badly for them after that. But at the same time they didn’t lose any eyeballs and no one appeared to leave with broken limbs besides the initial one. So…it kind of worked out for them. Goes to show that even antagonists can get my sympathy so long as they care about each other…and are dealing with horrifying situations like shattered limbs. 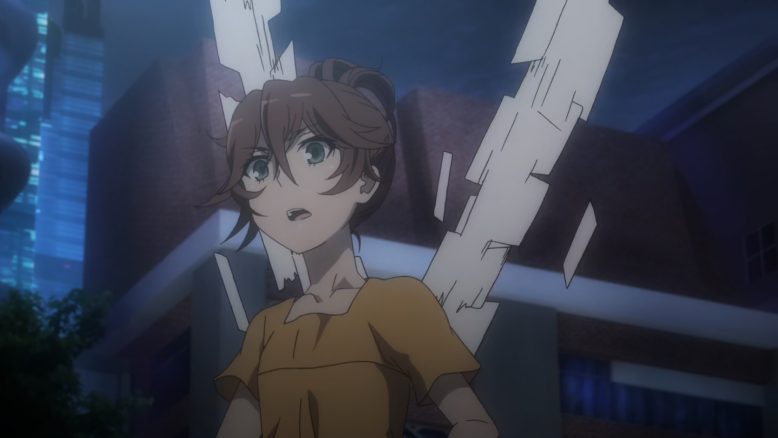 I guess we’ll see if that horoscope business pays off. Naruha was being pretty positive towards her friends in both trying to protect them and trusting their capabilities. It didn’t get them a win, but it did let them escape. Credit as well for Yakumaru showing some clever tactics. Of course all of that also sent them right into Mikoto’s path. But unless they actively piss her off they shouldn’t be in that much trouble. And considering their situation I can’t imagine they’d want to risk it after getting smoked by Accelerator and now this situation. Considering the surprised reactions at the end of this episode I don’t think they’ll try to antagonize her. Getting out of her way and letting her take on the Doppelganger seems most natural here. 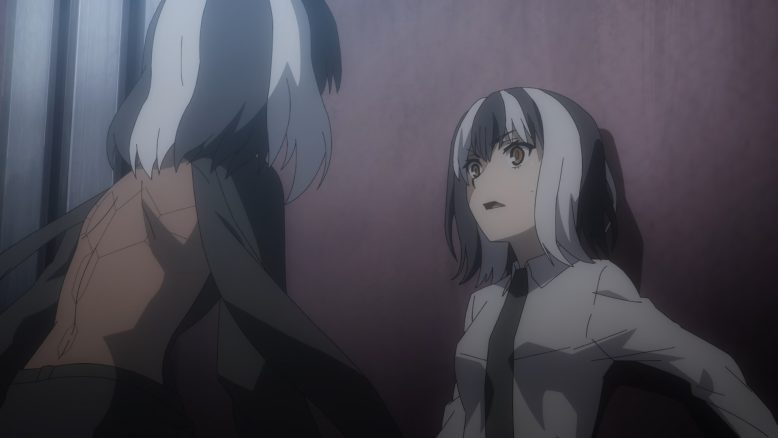 I still really wonder what the Doppelganger even wants. To absorb the whole city? That’s a possible function, but not sure if that’s the goal. Killing and replacing her original? At the very least she seems eager to kill Kuriba, but even the reason for that isn’t entirely clear. I’ll presume the next couple episodes will cover that as we head towards the conclusion of this season. The fight coming up should be pretty crazy. All the more so since Mikoto can probably cut loose more than usual. Besides straight up destroying Doppelganger she can basically do anything else. This made for a pretty good episode and I’ll expect the next one to be pretty darn entertaining as well.