The Misfit of Demon King Academy – 08 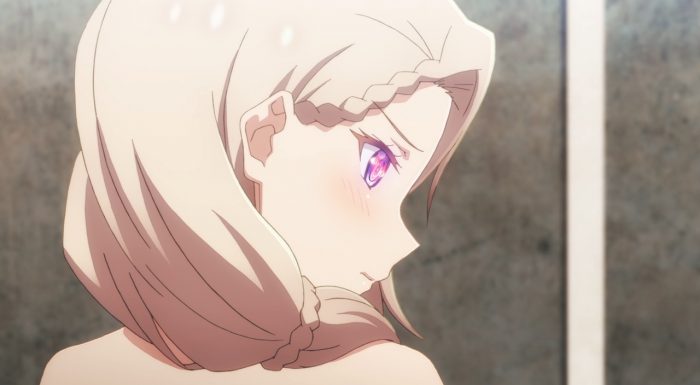 With this episode we’ve got another major arc in the books for this show. It definitely had some highlight moments and some very good lines from Anos. The finale of this tournament didn’t disappoint. Of course I would say that overall it isn’t quite as good as the finale for the previous arc. Even the show would seem to accept that since it busted out the OP song for the previous finale, but not this one. Instead we got the standard OP/ED combo for this episode. But, even if it wasn’t as strong as that episode it was still plenty good and entertaining. 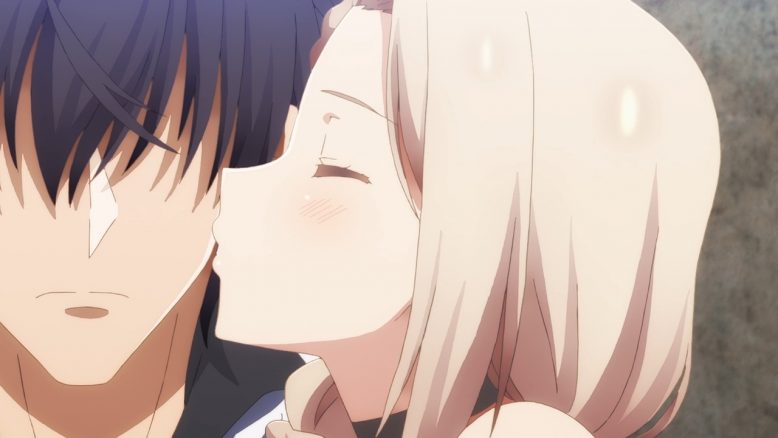 Might as well start with something relatively unimportant to the plot. Sasha returns! I’m honestly still not sure why she had to disappear for most of this arc though. I get she had a symbolic role in the tournament. But it was only for the awards ceremony! Why couldn’t she sit in the stands like anyone else and then get dressed up for the finals? Did she really have to spend days preparing her lines for the winner? The only thing I can think of is that by being part of the awards ceremony she had to distance herself from the competitors or show bias. But…that seems a bit much. She’s part of Anos’ team in school anyways and pretending she doesn’t have a connection to him now would be a bit of a waste of effort. Oh well, at least she’s alive!

And at least we got some cute moments from her. That dress definitely worked for her and she really filled her role nicely. Not that she doesn’t look great in her normal attire. But she definitely makes formal wear work for her. Even if I’m not sure how Anos really feels about Sasha there was some cute stuff from her. The awards kiss of course was nice, but also the banter between them remained as solid as always. He just won’t let her take the easy way out in how she acts around him. 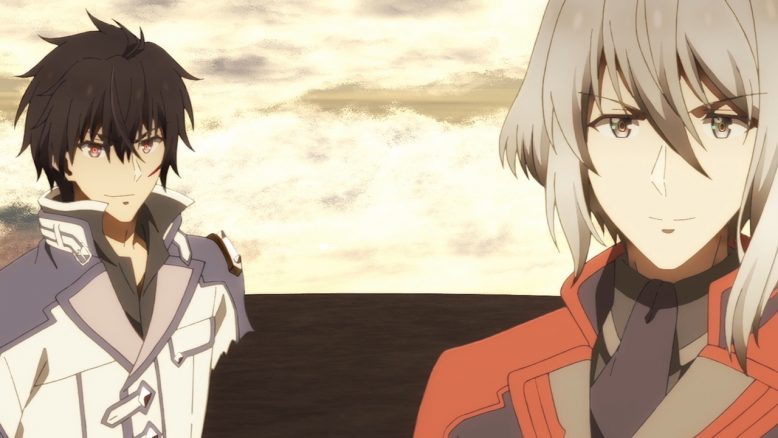 Back to the meat of the episode though, it was a pretty solid series of showdowns. The fight between Ray and Anos was plenty good. I really respect how Ray just threw himself into the fight. Of course even if he didn’t know about Anos’ crazy magic and ability to resurrect people he still would have fought the way he did. His mother gave him permission to fight as he wished. If he did so her life was almost certainly out and so he might as well fight with everything he had to seek full satisfaction. And at the same time he put his faith in Anos that he’d figure things out so Ray could just focus on the fight itself. 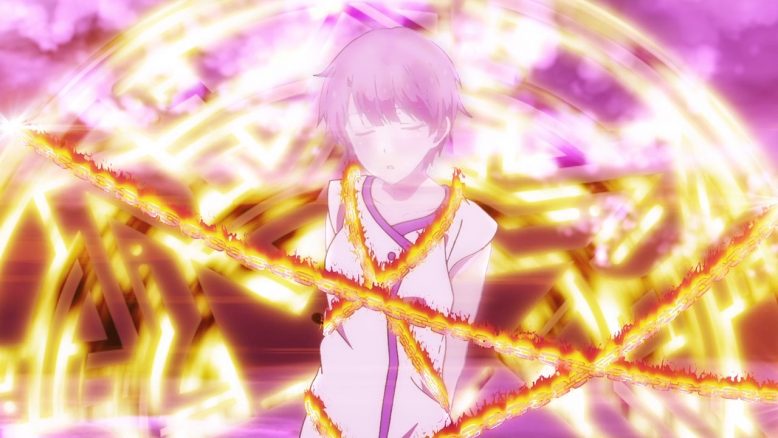 Past that fight things were plenty entertaining. I feel bad for poor Gaios and Ydol. Those two are directly connected to Anos, but they keep jobbing each time they appear. Never getting to do anything but get smoked instantly. There’s quite the power gap between some of these guys. But beyond that we still got to see Anos and Ray both do their thing. Naturally Anos could keep attacking with a severed arm! And Ray and his mother showed their abilities perfectly well. Even if Anos naturally could save her later, it was a beautiful showing of self-sacrifice on her part to give Ray the weapon he needed to tip the scales in Anos’ favour.

Anos himself was awesome as always. Even dropping the reveal that up to this point he hadn’t been able to show nearly his best. I’m kind of shocked none of the demon elders realized that. But I guess most of them had their memories messed up by Avos so that somewhat makes sense. I have no idea what to expect going forward if what we saw to this point had been only a fraction of Anos’ real power. Melheis had a decent plan and even his actions were fairly well thought out. Anos is just too darn much to be contained that easily though. All the more so when he had an ally fighting on his side. It wasn’t purely defensive as the previous arc where he had to protect Sasha and Misha the whole time. 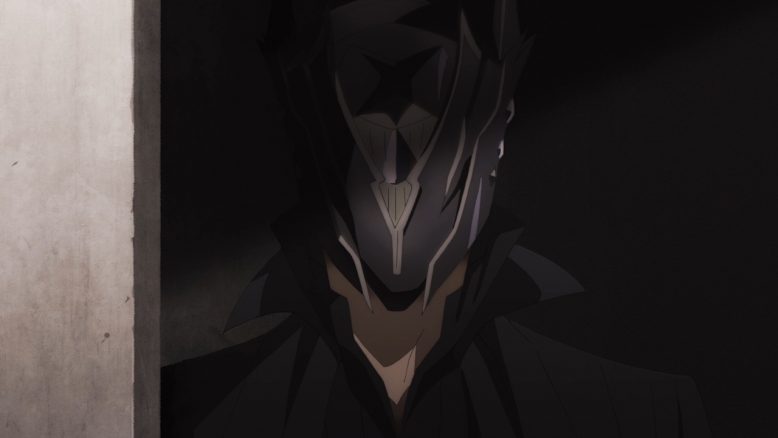 No idea about that figure we saw near the end. May or may not be Avos. But I kind of have my doubts there. I think whoever Avos is they are still far harder to pin down. No idea if Avos even has a physical form at present. That individual could be an elite pawn of Avos. Maybe even the reincarnated version of Kanon or Shin. The odds are still high that Ray is one of those two. But that still leaves the potential for the other to have reincarnated. Or that person could be someone else entirely. It’s a mystery at present that will have to be explored as time goes on. Another really solid episode for this show and I look forward to seeing what the third and final arc of this season will be like.