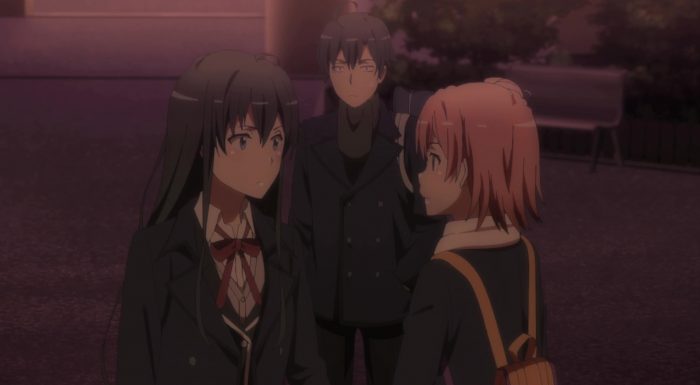 Yahari, you sly devil, you totally got me there. For someone who voraciously consumes every little bit of information that Yahari Kan throws at me, this week’s episode taught me a very important lesson; Not everything is as set in stone as I originally thought. Which, ultimately, is a fantastic thing to know, because a story is simply too darn boring if its ending is more of a foregone conclusion. If episode 7 did one thing, its that it brought back a bit of uncertainty into the mix, and that, I think was important for making the final trek to the finish all the more enjoyable. 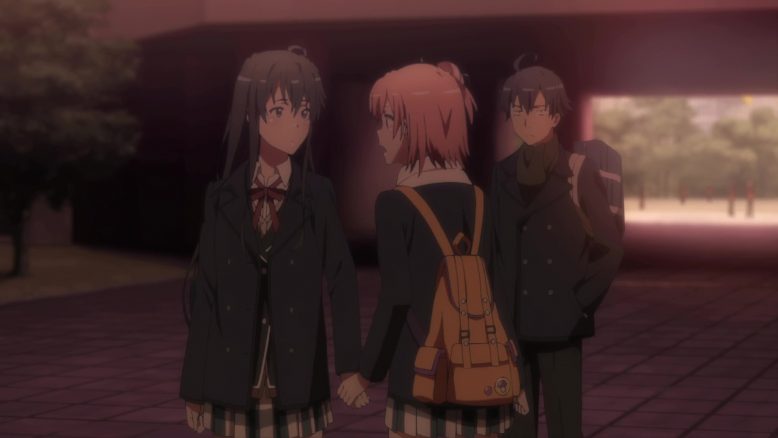 I said it last week, and I still believe it, but I am at least questioning the “everyone is alone” scenario that seems to be the most reasonable one. There’s still a chance I guess, that Hachiman ends up being with one of the two girls, as slim as it may be. Of course, while that may or may not come to pass, what may happen is that all three kids decide to forget their romantic feelings and ultimately decide to remain friends.

Which, thankfully, is where this week’s episode finished on. It was pretty darn clever too, because the preview for last week had titled this episode “And Yui Yuigahama will continue to watch over them”, which of course, implies that Yui was going to step out of the triangle herself this week. That obviously didn’t happen, and in fact, it was Yui that pretty much flat out said that no matter what happens, She was going to remain friends with Yukino. 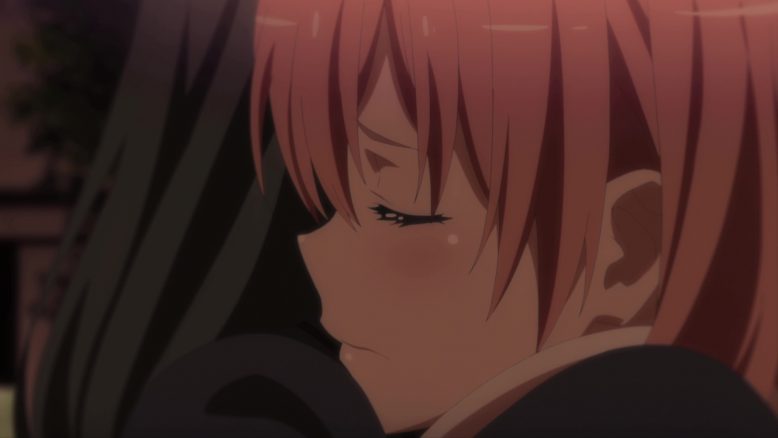 So the “continue to watch over” aspect now has a new meaning, one that suggests that Yui intends to be a part of her friends’ lives, no matter what happens. That’s a brave notion, and its a reassuring one that I think all three of them needed to hear. There’s been an unspoken worry between the trio that this is all going to end in heart break, and this moment from Yui may be the first bit of relief on that front.

As for everything else this week? Well, I’d say not a lot of consequence happened beyond the final moment, but there were some comedic hits and misses. The dialogue this week was definitely a lot snappier, with some of Hachiman’s traditional sarcastic wit actually landing this time. I still think his dialogue delivery has been pretty weak compared to previous seasons, and I do wonder if COVID has had anything to do with that. 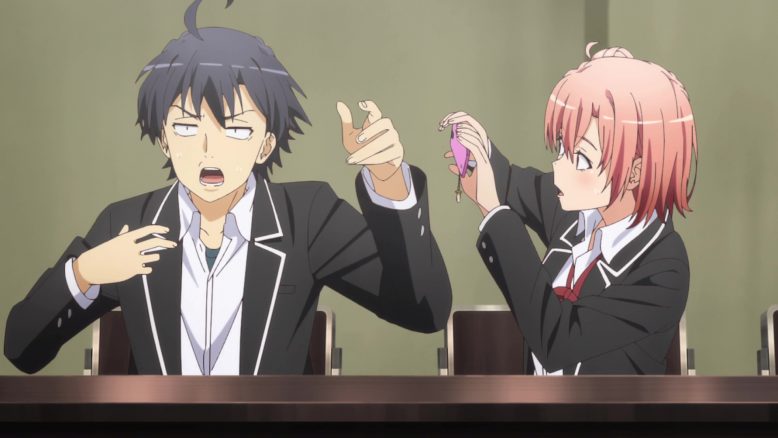 I will say, however, that I absolutely cringed at the whole “Rap” battle between Hachiman and the “other” president dude. I think the scene lost some of its tension and impact by making these two kids do something that was a bit too insane, even for them. Hachiman, for as gutsy as he’s become, would NEVER embarrass himself to that degree. He wouldn’t do something so “uncool”, so seeing him have this weird Rap back and forth, really took me out of the experience. That whole scene went on for waaay too long, and honestly felt really out of place. My money is on that scene being an anime production original, rather than something that came from Watari-sensei.

And so I think we’ll leave it at that. This week of Yahari Kan was definitely uneven, but the moment at the end really brought a sense of excitement and hope to what’s been a pretty heavy and dire story in the last few weeks. I’m feeling optimistic about the ending now, which is certainly dangerous. Will this week’s episode be the first of a series of tricks employed to crush my hopes and dreams in the end? Possibly, but I’m at least of the belief that a satisfying and somewhat happy ending is possible.