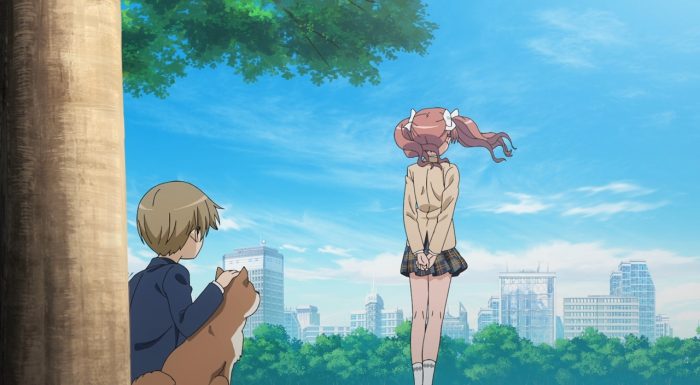 Now this was a ‘feel good’ kind of episode. Of course there was some drama and risk involved in it, but in the end it really was an enjoyable one. One of those episodes that reminds you how awesome Kuroko can be when given the chance to be professional. When she’s not being turned into a psycho stalker for Mikoto she’s darn good at what she does and has a big heart. She really worked herself to the bone in this episode and went above and beyond for both innocent people and an innocent animal. In spending time making this honest friendship/mentorship with Miyama she really got to shine and help steer someone on the road to making lives better in the future. 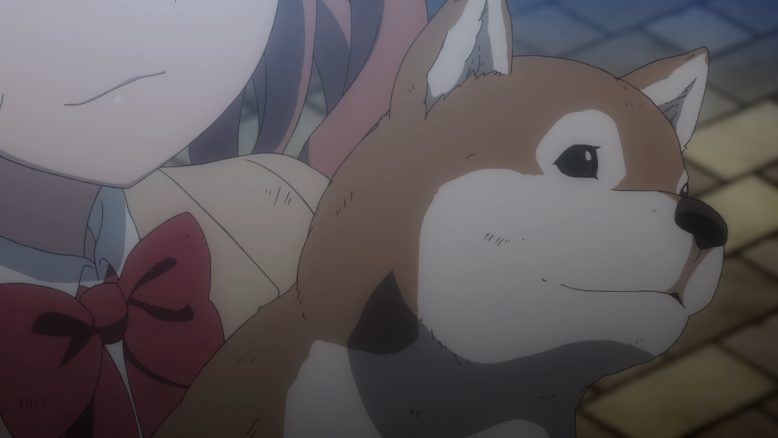 I definitely felt for Miyama and his position. The ability to see bad things before they happen doesn’t always mean a lot of good for the person who has it. After all if the future can’t be easily changed then the person who predicted it will take a lot of heat when something bad happens. There will undoubtedly be the question raised about whether nothing would have happened at all if not for the prediction being made in the first place. Of course I’m not sure the idea of a self-fulfilling prophecy relates to Miyama’s ability. Bad things happen all the time. Sometimes they’ll happen to those around you. But whether or not they are foreseen they are likely to still happen. Of course it isn’t shocking that someone who has been hurt won’t be particularly rational about the circumstances.

In a way it is honestly sweet that all of this came down to something very human. Of course Miyama wasn’t some saint who started out just wanting to save everyone. He’d seen his ability to save people fail with his classmate and when Perro was at risk he got desperate. Going so far as to create that app just to try and find someone, anyone that could break the predictions and save those at risk. He’d been desperately searching for someone like Kuroko who could help him save the one he really wanted saved. At the same time I’m sure he did pick up his own sense of justice and was happy to see people saved even if they were strangers. And no matter his motivations, that kid pushed himself to the literal breaking point for this. That’s worth giving credit to him. 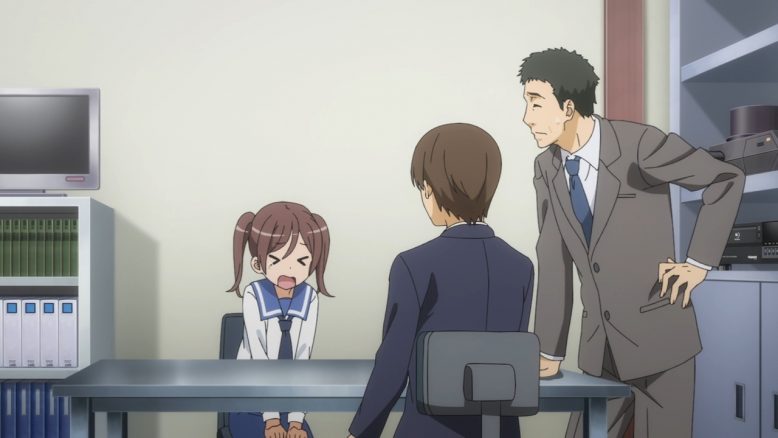 I don’t think it is a shot against Mikoto that I didn’t really miss her in this one. It was an honestly nice side-adventure here that let others shine in their own fields. This just wasn’t a situation for Mikoto to get involved or one that she could get involved with. Breaking those predictions required a special skillset and this was Kuroko’s field. And yeah, it really was mostly a self-contained adventure. I can’t see Miyama being all that important to what comes next and thus Kuroko’s teleportation breaking those predictions (in a good way) shouldn’t be that critical either.

It obviously has some connection to the whole Indian Poker and dreaming thing. Those girls were convinced they were being taught something wonderful in a dream and ended up committing a terrible act that could have killed a lot of people. This episode does matter. Fair enough to presume the whole people falling asleep thing has some connection to this as well. And if people are being taught how to commit horrible acts without realizing what they really entailed…it could get really bad in a hurry around Academy City. I guess we’ll see how this ends up connecting, but it was nice to have an episode that didn’t feel that focused on a bigger plot. 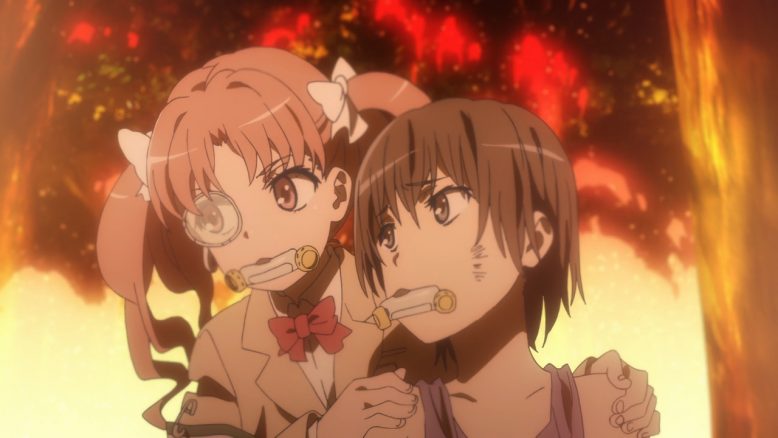 I honestly liked the banter between Kuroko and Miyama. He’s a good kid and considerate in his own way. But he didn’t mind taking some blunt shots at Kuroko as well. All the more so since he could drag out some amusing tones from Kuroko’s voice. But at the core of it all is a good present and future friendship. Kuroko of course had plenty of curiosity for why Miyama was doing all this and that got all the stronger when finding out the damage it was doing to him. And while his motivations were very personal to start, you can see him trying to understand things. His focus being on why Kuroko and members of Judgment in general do what they do. Why put themselves at risk for the sake of strangers? I’ll agree with Kuroko that once he’s strong enough that Miyama will go back to helping people. 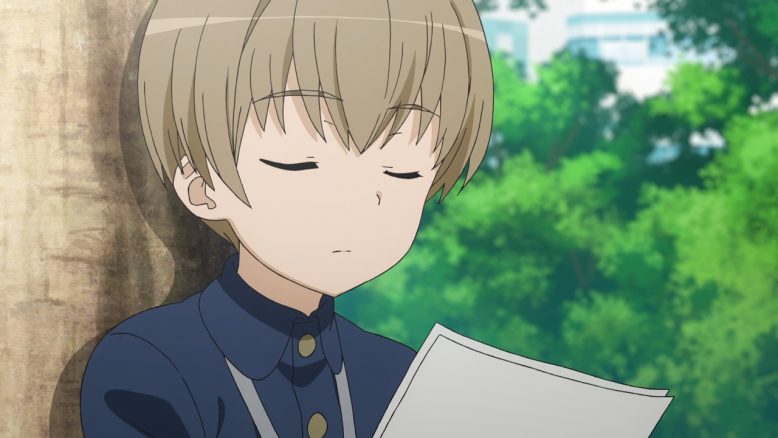 This was just a fun episode. Of course it got dicey at points in terms of safety of both the main cast and the victims of these incidents. But at the core of it was an episode that was fun. The comedy bits and the dramatic bits all felt on point. It was just one of the more coherent and well put together episodes. From here onward we’ll likely move more onto this Indian Poker business and what nefarious plot is behind it.