The Misfit of Demon King Academy – 04 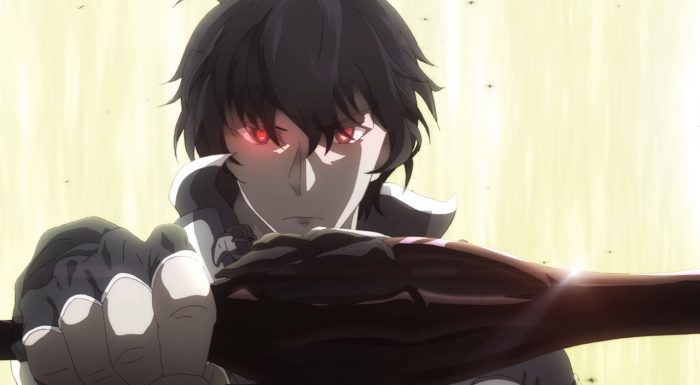 With that the situation around Misha and Sasha appears to be resolved. They now have the freedom and possibilities open to them to do whatever the heck they want with themselves. Of course for the time being the obvious path forward is sticking with Anos and that doesn’t appear to be a problem for them. To be fair of course I don’t think following the most powerful being on the planet is a bad strategy in the slightest XD. All the more so when he’s an honestly good guy just doing what he feels is right. You could put your faith in worse places. We even got a hint about that Avos character. It would appear he’s in a state where he needs a vessel for reincarnation. The fused Sasha/Misha was supposed to serve as that. Thankfully that didn’t happen! 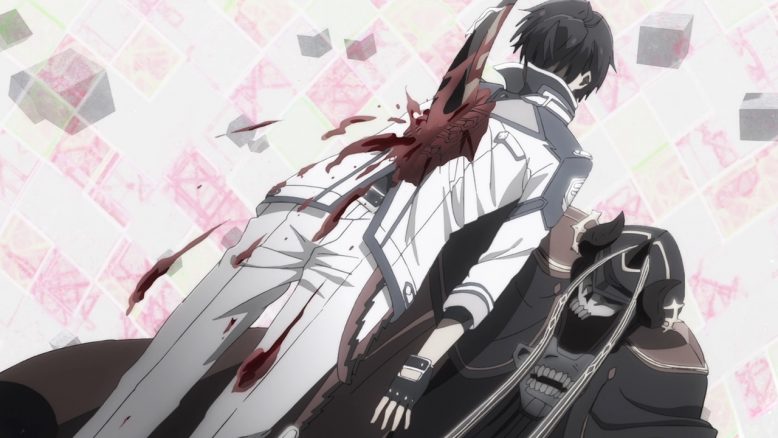 Jumping a bit far in, I enjoyed the conflict with the Time of God and Ivis opposing Anos. Of course the main character remains a bundle of OP. But it definitely works and I still found it pretty emotional as he stood his ground followed by Sasha and Misha putting their support behind him. And honestly it might have also been thanks to the music, but it was pretty awesome seeing him boldly state what the Demon King really is. It isn’t a series of topics, points, or qualities. Anos is the Demon King. It is just that simple. He made his choice that he’d challenge fate, the ruler of time, and whatever else for the sake of these two. He chose to fulfill their desires and grant them a future they could be happy in.

Of course there are things I’m curious about that probably was detailed more in the source material. Was there a need for them to so seriously show their support for Anos? I guess based on how he explained things it was required to fully tap into that origin magic. But did they need a verbal confirmation or just an internalized one? Not sure either if their showing of faith was a triggering point that allowed him to bring out his sword or if he could always bring it out, but had to wait for Misha and Sasha to finish their business first. 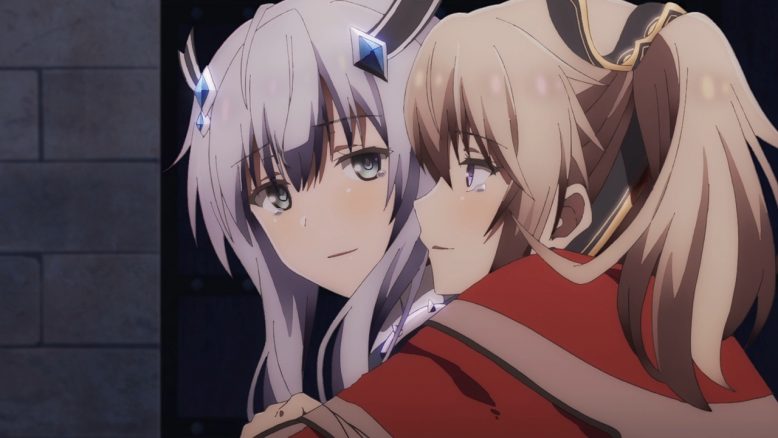 Things worked out, but I kind of (only kind of ) feel bad for Sasha having dedicated all her time to something that didn’t really matter in the end. The girl spent years trying to get Misha to reject her and planning out her big spell to make it all happen. Misha is good to a fault and even going up to the point of stabbing her…nothing would make her turn on Sasha. Of course the bigger issue was that she had no means of destroying her fate herself. Sasha likely realized it along the way that she didn’t have the power to handle the massive magic circles needed. I’ll give her credit though since she clearly planned things out for the possibility of trying to save Misha. Even going to the point of making the pact with Misha in case she needed to break it later.

It is of course fine since they all got a happy ending from it. Naturally Anos had a way to save them and didn’t even need much time at all to think it up or make it happen. Being OP can be really helpful when you need to save lives. As things stood Misha was going to vanish and Sasha would be taken as the vessel for some crazy demon. Instead Anos came up with a very novel and handy solution. If the fusion couldn’t be stopped, then just have them fuse with themselves. Then Sasha and Misha will exist as two separate people. 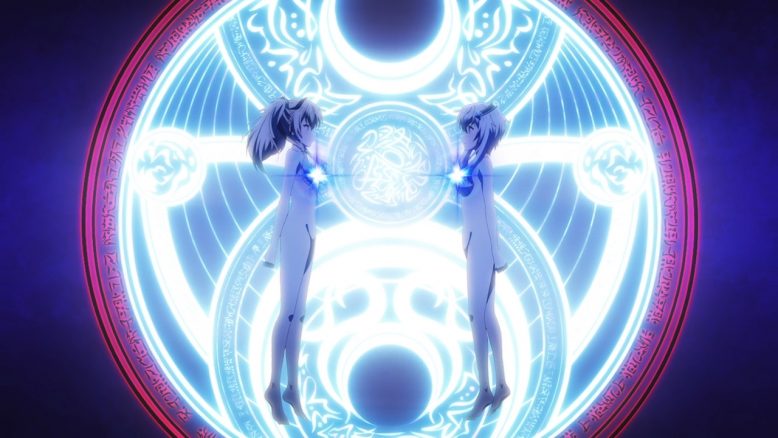 I also honestly liked Anos helping give Sasha some of her energy back. It probably wouldn’t be all that pleasant for him if she did start being too respectful. Anos is what he is. But at the same time, he doesn’t really want that kind of relationship with these two. Misha being the kind of good friend she is or Sahsa being her tsundere self is just the way he’d like things to stay. That’s a fine way for them to be.

This was a really nice episode and a lot of fun. I do hope going forward they find ways (in part thanks to those gifts) for Sasha and Misha to chip in even more. Obviously you have to leave a lot of the work to Anos because he’s just that awesome and bringing them up to his level would be tough. But nothing wrong with letting different characters do their own thing when the situation allows for it. For this situation it worked out great and I can’t wait to see where things go from here.