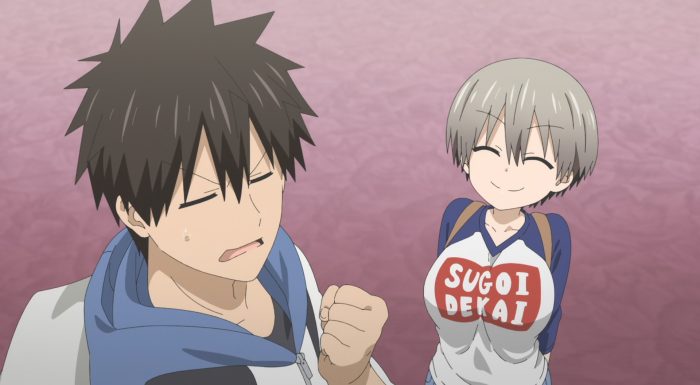 If nothing else this was a pretty fun and silly first episode. You do need some good laughs during the anime season. And this at the very least made me smile and enjoy myself through most of it. Of course the challenge comes when they start branching out from the main pair and start incorporating the side cast. But, at the very least this main pair is one I would like to see more of and I hope will continue to entertain as time goes along. 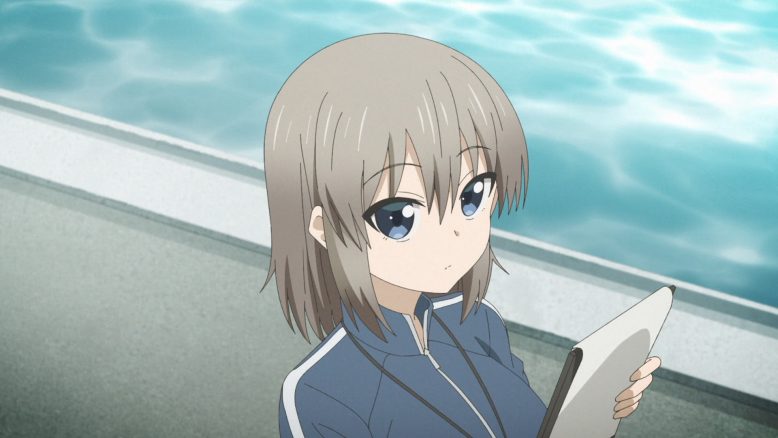 I’ll admit I was kind of worried about Uzaki from the premise. It seemed possible that she’d just be too much or honestly just be an over the top nuisance. But honestly, I’m good with the way she’s been portrayed in this first episode. She spent a year watching this guy just casually go through life. It wasn’t like she was on top of him Day 1. Now one could argue that being a bit of a loner and doing things at your own pace isn’t a big deal. Honestly…I can kind of get where he’s coming from.

But, I think they did a nice job showing where Uzaki was going from. She was happy to see him again and does want to spend time with him. If he was still swimming or had a major hobby/club he was invested in then she’d probably be all good with joining up with that and not being all over him. But he doesn’t really have any one thing he’s that invested in. Just eat, sleep, build a snowman, etc. If he’s just living a fairly isolated life there’s no room for her naturally to insert herself in that. So…she has to be a bit more unnatural in how she does it. 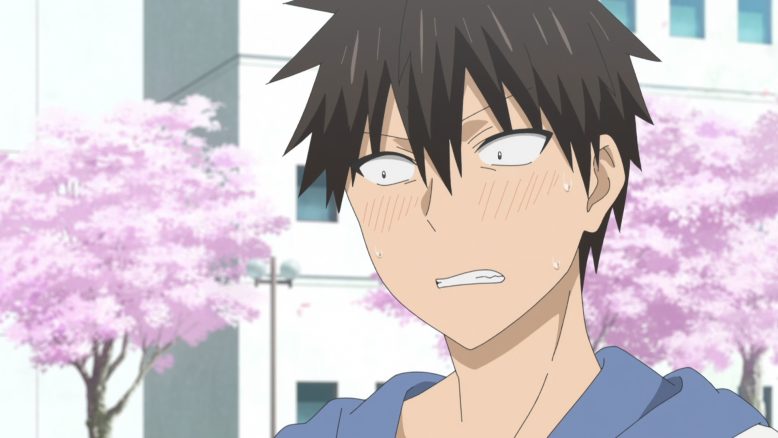 If Uzaki wants to go any further than being the noisy kouhai though, I do think she might want to adjust her approach a bit. Much like anyone acting out for attention, it can blow up eventually. Of course her natural charms are going to be a major point in her favor, but pushing things too far may not be the best plan. Not unless she really wants her nose to suffer some serious damage eventually…Probably isn’t necessary to continually poke at him about seeing a movie alone. That’s hardly a crime in and of itself. I do get that she wants to go to movies with him, but not sure that poking fun at it will make him just stop going by himself entirely. Finding ways to maximize her appeal, keep active in his life, and not annoy him to the breaking point seems like key factors here. 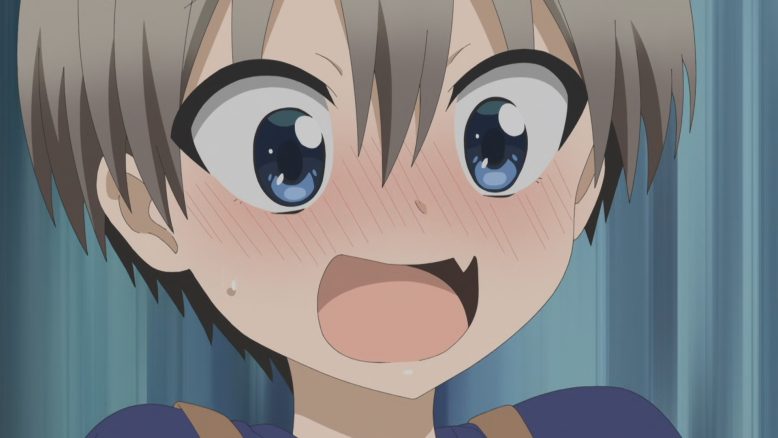 Now of course I’d say that she got plenty of winning points even if one party or the other was unaware. There’s no escaping that she was rather ok with the whole VR incident. Which does make sense since she’s obviously romantically interested in Sakurai. A rare occasion when something like that happened and there was no over the top reaction. Just shock, small verbal reaction, and then a fairly satisfied smile after all was said and done. Then of course came the times when I’m not entirely sure that Uzaki herself realized she was charming him. The massage chair scene…was what it was. And the same with the scene that came after. I’d say she doesn’t need to be noisy to get his attention, but clearly a year passed without any progress so she does have to take dramatic steps to enter his gaze. 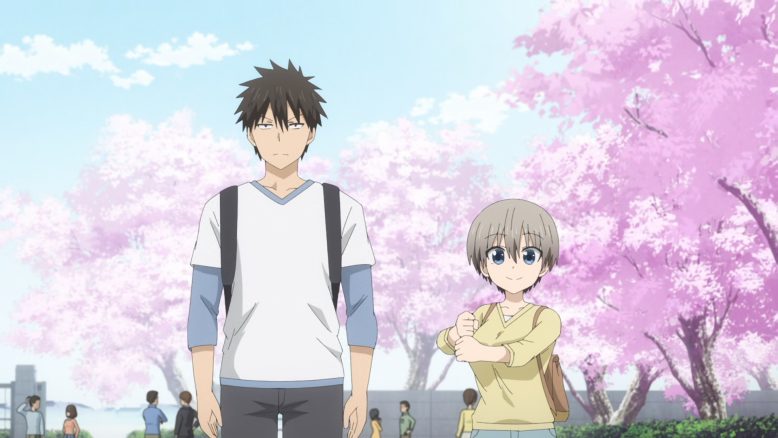 While it isn’t likely that I’ll end up picking this one up for the season, I will probably end up watching the whole thing. Their antics should be plenty fun to be sure. But, I’m also looking forward to seeing things go from simply comedic to more emotional/romantic. Things should eventually move beyond people just presuming they are going out to them actually getting there. Besides, plenty of silly fun that can be had with them even after things get past that point. They aren’t likely to get to that stage any time soon though. Things should stay pretty purely silly between them while they continued to build things up and introduce the supporting cast. All in all, not a bad episode.