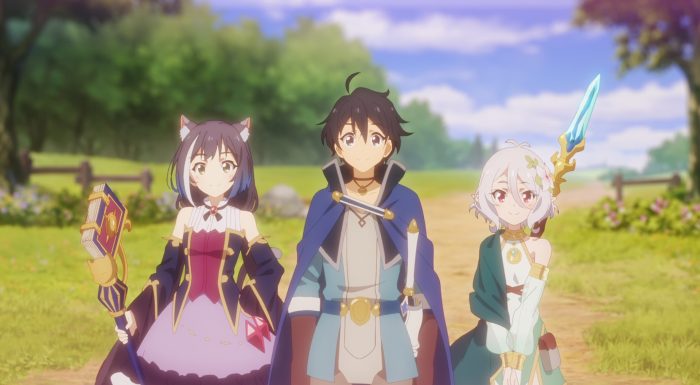 Sometimes you need something fun and a bit silly in your life. Princess Connect! Re:Dive more than delivered on that front. Considering this was an adaptation of a mobile game that itself was a sequel to a failed mobile game, the show was surprisingly solid and easy to follow. It had the kind of wacky fantasy feel you’d get from something like Konosuba, but just with the main characters toning down the major character flaws. With this show we had a lot of laughs, some decent action, and at least establishing a world. It doesn’t of course fully resolve everything and can’t fully introduce all the characters from the game. But in terms of focusing on a core cast of characters it does a nice job getting across who they are and making you want to see more from them. 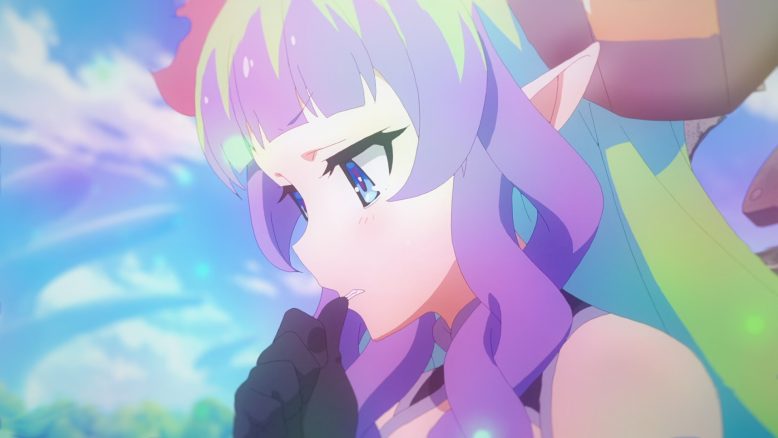 Story/Setting
This is a purely fantasy setting which I’m good with. Clearly there is some supernatural elements and probable dimension jumping involved. But all the characters are least from some kind of fantasy setting. Even the main character who gets dropped into this world in quite the confused state doesn’t appear to be from a modern setting. So the story lets us learn a bit more about how this world functions and a bit about the political structure.

In some ways the story was pretty straight forward. The main character literally falls from the skies, meets up with his first companion, and things move along from there. It walks the line of having silly adventures, but also having some serious moments for the cast to mature through. For most of the show there isn’t that much of a sense of danger, but every now and then it does step up the intensity a little. You are never that worried that the characters will die, but the show does make an effort. 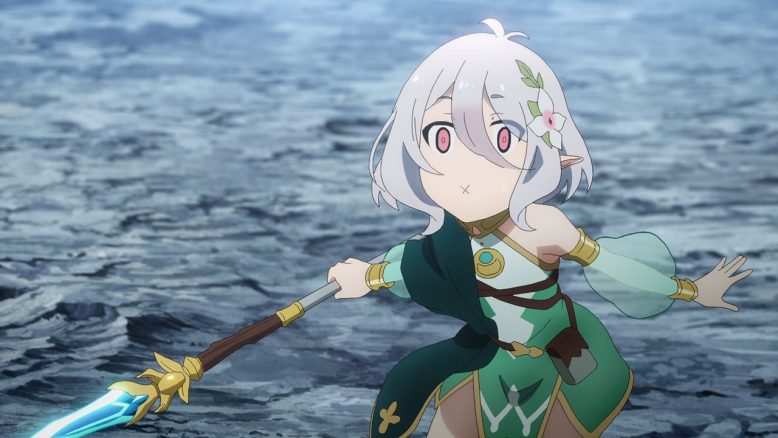 It is definitely a comedy above all else. You have downright ridiculous situations like the main character getting dragged off by a bizarre locking pair of wolves, or the cast having to deal with terrifying doctors that love experimenting on people, weird cooking scenarios, etc. But it is also a fantasy series where the cast will fight giant mushroom men, dragons, shadow beasts, etc. It makes sure both sides of what makes this show what it is are satisfied most of the time. The first few episodes especially are just hilarious and made it really easy to get sucked into the setting.

One downside for the story is that some things are just going to be harder to figure out by being anime-only. We don’t have the knowledge of what happened in the original Princess Connect game. But, at least the show tries to handle that by having the main character also have no idea what happened! Memory loss can be hit or miss, but it kind of helps here since Yuuki doesn’t know much more than we do. Another downside would be that some stories in the middle were more miss than hit for me. But overall the story was fine. 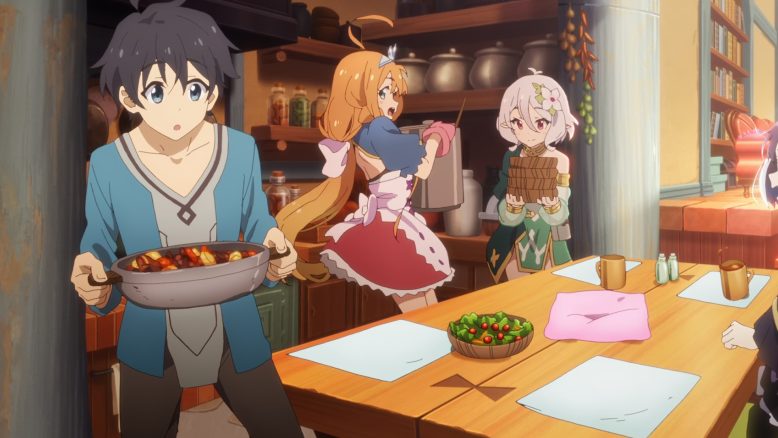 Characters
Being adapted from a mobile game there is of course a huge supporting cast. Some get more time than others, but I’ll just avoid going into depth on them. They are mostly fun characters. The types that you can imagine are likable enough for people to try and get within the game itself. Thankfully the show was sensible in just giving those characters some minor appearances and keeping most of the character focus to the main cast.

In some ways it is debatable who the main character really is here. There are two pretty central characters that events/character relationships tend to circle around. But, I’m going to first start off with Yuuki. He is one of the first characters we see and he’s a major connecting figure between the story we have going on right now and a story that happened before. 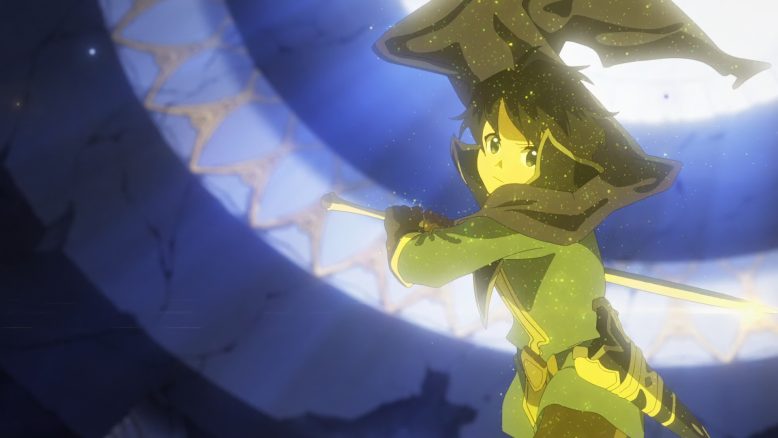 Certainly Yuuki is an interesting way to handle the silent protagonist type. He’s literally silent to start. A character that has most of his memories lost. And we’re not just talking about his past. It takes some effort to recall his name, how to fight, his own abilities, and basic things like that money isn’t edible. Starts out a very…dumb character. But he’s a really good guy at the same time. And part of the show is him steadily growing in terms of a person, his vocabulary, and how helpful he is to his allies. Quite a few hints about his past do get revealed as the show goes on. But it isn’t a total picture. 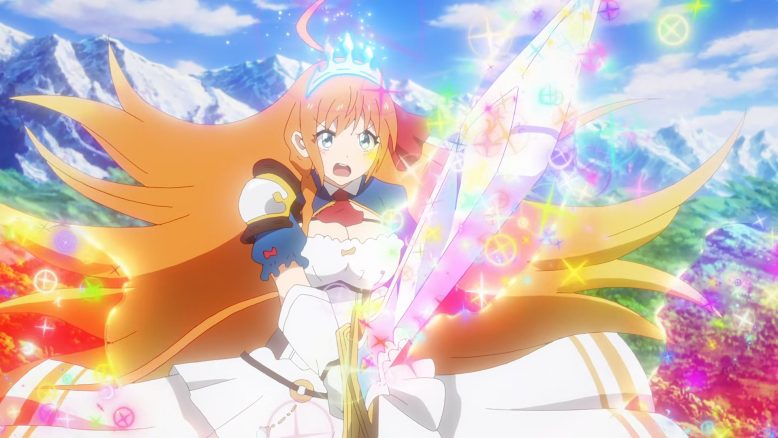 The other main character candidate is Pecorine. Much of the plot relates to her in some way. Her story and her past are important elements. Plus she is a bundle of energy and a driving force in the story. Yuuki is fairly quiet and timelier in when he steps up. Pecorine just takes action. Doesn’t hurt either that she’s the powerhouse of their group. She can crush a lot of enemies and do so in spectacular fashion. Someone who appears to be very positive and energetic. But of course there is more to her than just that. Pecorine does get some serious moments, but for much of the show she is just a source of fun. 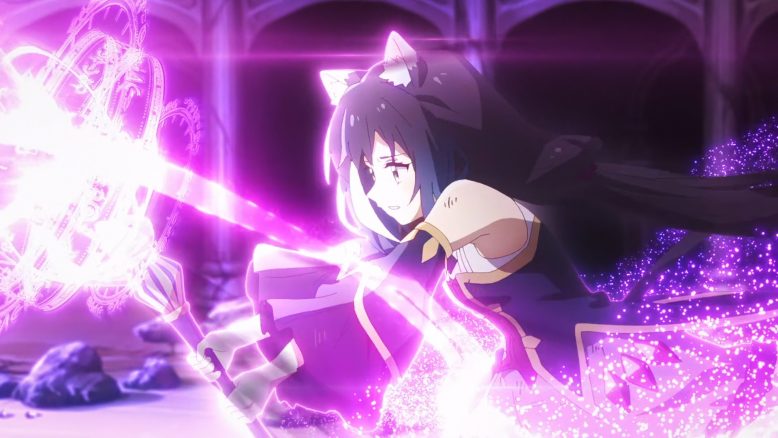 The other two members of the main cast of course are Karyl and Kokkoro. Karyl is of course pretty darn major in terms of the conflict of the story. Her initial appearance in it establishes what kind of conflicted character she is. There’s a lot of weight on her shoulders and she hides much of her trouble behind a sharp tongue. Not easy to befriend, but someone with a lot of heart as well. More of the mage type compared to the sword wielding characters. Can be pretty easily called the tsundere of the group. A very likable girl with some definite inner conflict.

In comparison Kokkoro is pure sweetness. She is absolutely loyal to Yuuki. Her connection to him is acting as his guide and serving him to her best. Effectively put into that position due to information given from a god. She was told where and when to find him and then it was all off from there. Not that Kokkoro has nothing going on and that she doesn’t struggle with anything. But she’s honestly a really good girl. She supports those around her to her best ability. Even if sometimes she hesitates to push her desires onto others. 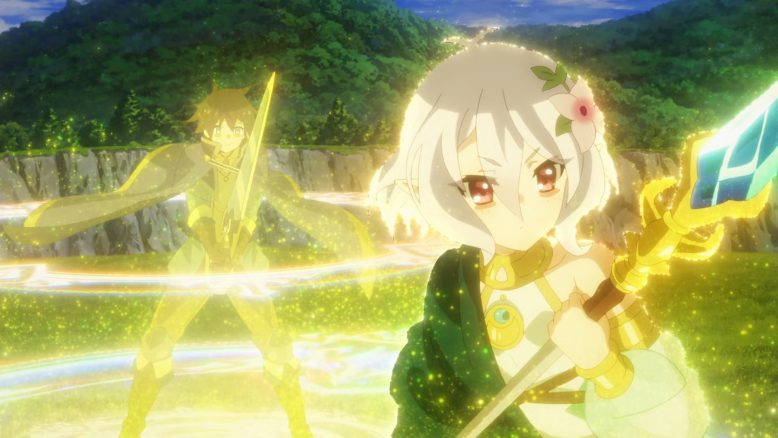 Visuals/Audio
We’re not talking about the most amazing visual spectacle out there. But, it was a nice looking show overall. The art style and animation quality was at a very solid level where it wasn’t distracting in a bad way. While at the same time there was plenty of room to add flash to various big attacks (mostly from Pecorine or Karyl). I wouldn’t be surprised if they kept things fairly simple at times to allow for the flashy stuff to stand out more. The action felt fluid and over the top at times. I would say the visuals are a reasonable strength for this one. Not the greatest, but definitely good.

The music and voice acting also came through pretty well. The cast all fit their characters nicely and no one was frustrating to listen to. The music as well is a pretty standard selection. But you still get the action tracks, sad, emotional, and comedic music all works together well. The OP as well has a very nice upbeat song that fits the kind of story we get in this show. With the ED we also have a song that fits nicely and lets the show cool down after the silliness the cast gets into each week. 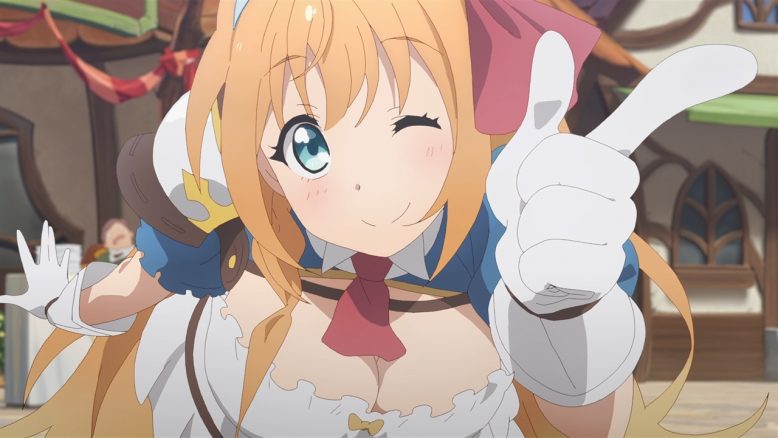 Final Thoughts
Overall, Princess Connect was a very enjoyable show. It didn’t have the hardest hitting plot nor the greatest action in anime. But it did have an interesting plot that left me trying to piece things together as information was revealed. And the action was still fun when things got that serious. It was a good show overall. There were of course some things I might have changed. Maybe letting Yuuki be even more useful or somehow giving us a bit more understanding of the background. But, overall I think the show focused on what it needed to and kept the kind of tone it was aiming for.

It is a fun show about a small group of characters that start a guild together. In a lot of ways it only just feels like the story has gotten started by the time the show is over. Of course it may simply serve as advertisement for the mobile game. But I kind of hope they’ll come back to this series for another season down the road. There is plenty left for them to explore in that sense. This was a show that helped carry me forward even while shows were getting delayed in Spring 2020. So in that sense it was a fun B level show.