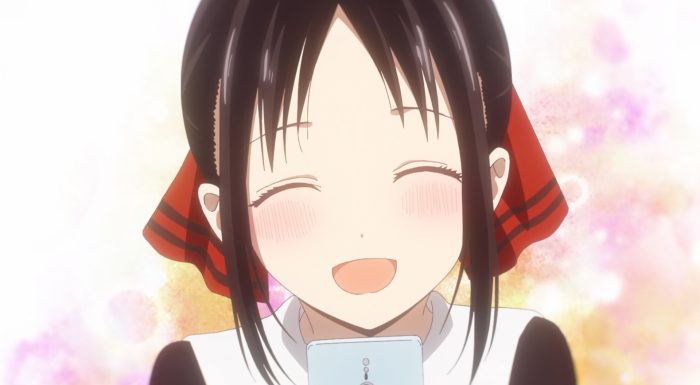 Come back Kaguya! I can’t have this show end right now! That was such a good episode and it really is sad to think that this is the last we’ll see of it for a while. I can’t imagine they won’t do another season of this. But, it certainly won’t be before 2021. In terms of a sendoff for season 2, this was a pretty nice one. The previous episode was all about the drama and emotional punches being thrown. This one still had some emotional punches. But they simply weren’t as severe and were resolved a lot faster. Which I’m fine with since this was an episode that did want to fit in a few different scenes before everything was wrapped up. 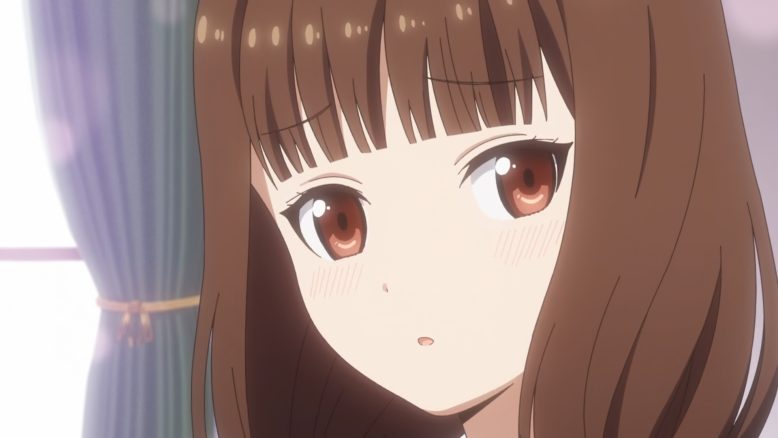 The whole photo thing was rather cute. The Principal is either a complete idiot or a genius. If the former he’s got no idea how close he was to not having a job next year…Of course like most things danger was danced with until he was saved by buttering Kaguya up. She may be strong in a variety of ways, but so long as you talk about her and Shirogane being a cute couple she will melt instantly. Of course it did end on the very sad note of her phone getting dropped. But it was nice seeing everyone come together to have Kaguya in a picture. Even if it wasn’t one that could be published due to her family’s regulations.

A variety of hilarious moments came out of the picture taking scene. Miko was utterly adorable with being buttered up. Ishigami is probably right that she should be wary about anyone scouting her. Since she is really easy to manipulate. Thankfully she’s in a relatively good natured show. It was kind of scary how good Ishigami and Miko looked together with a bit of hairstyle changing. That was matched by the hilarity of Chika and Miyuki being utterly stiff and unable to act naturally when faced by a camera. 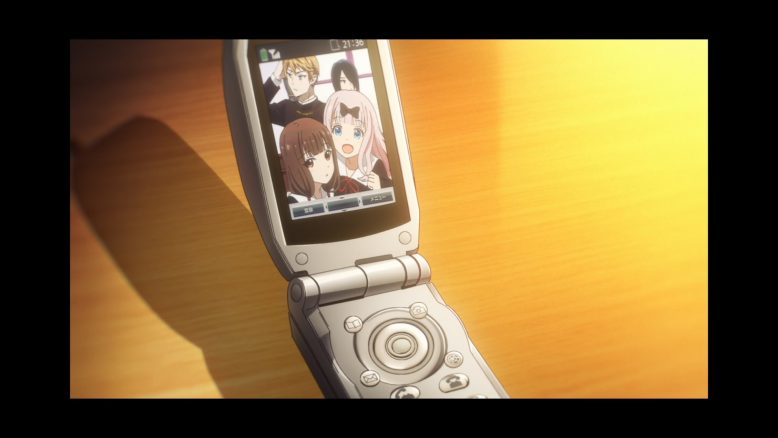 The camera destruction scene was pretty sad. I can certainly relate to freaking out over a dropped phone. Though don’t think I ever dropped my flip phone. Either way you could see how it just shattered Kaguya. This student council has been a miracle in her life. A sense of normalcy that she’s never had her whole life until now. So those photos had incredible worth to her. Now you could say backing them up would have been a smart move, but Kaguya can’t even figure out Twitter. There’s no way she’d be able to figure out backing up her photos. And sometimes you just don’t think about that kind of thing until it is too late.

It was a beautiful thing to see the group photo sharing session just bringing life back to her eyes. She did lose all the photos she took and there was no magic recovery of them. But she got so many other pictures to make up for that. Ones that still cover many of the same things she took pictures of just from different angles. And it is a nice reminder to her that she wasn’t the only one treasuring the moments they shared together. 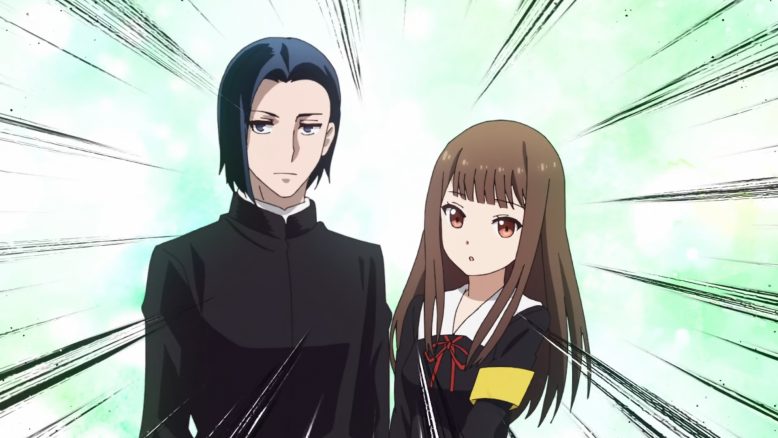 On a small note this episode really made me feel like Iino was truly integrated with the student council. Not that she hasn’t had moments before this. But a lot of moments for her was more reacting to insanity and being less part of the mix. Here she was being pressured in the photo taking session, feeling worried she’d been left out of an already existing group chat, and being pushed around during the balloon game. Ok, a lot of it is still her being influenced by those around her, but she really just felt more comfortable in this episode. It now really is a group of 5 and not just a group of 4 with a new person hanging around. In some ways it is too bad this season is ending since I’d love to see more of her in the group. 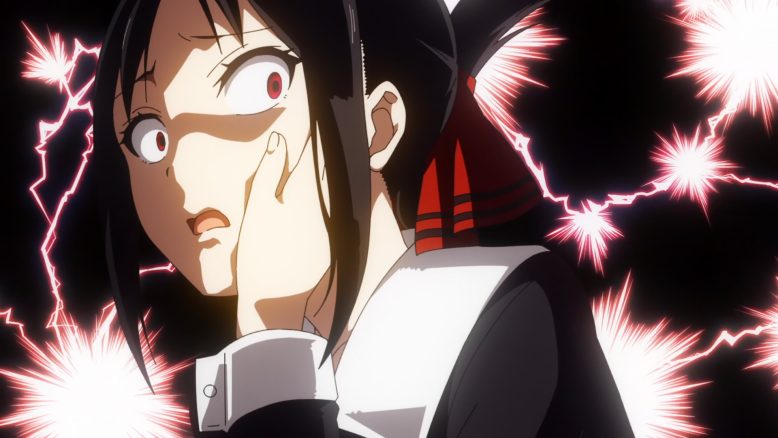 Of course the balloon game itself was a literal blast. It had both cute moments and comedy that just worked for me. You got the classic kind of messing with expectations at various points. Miyuki’s big moment thinking about his dad…just lead to him instantly betraying the girl he loves because he was too scared! Kaguya was freaking out so much she was trying to sabotage others while slipping up constantly. Then you had the whole student council trying to coerce Miko into blowing up the balloon in her own face. It was to the point where I had to think to myself “you all suck” while still laughing at the entire situation. All of it ending with a totally over the top explosion that of course will be ignored whenever they pick up a third season of this show. 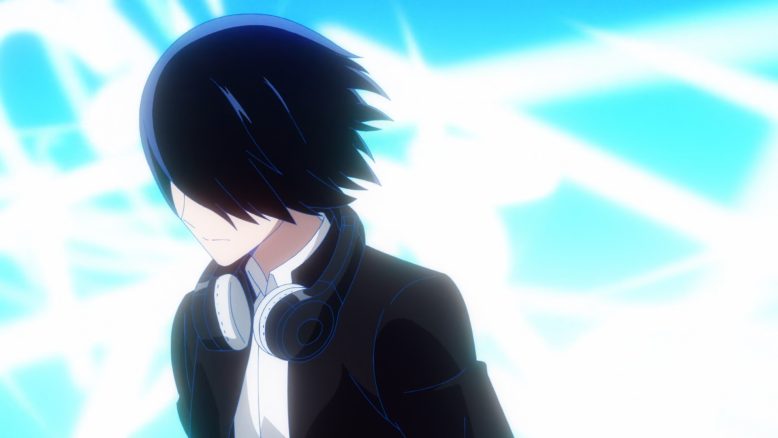 I’m going to miss this show. When the first episode came out I was a bit worried that they didn’t quite have the same freedom to go all out that they had in S1. Not sure what was eating me in the first episode, but overall I’d say this season turned out to be fantastic. We had some great comedy, serious moments, and expanded the roster of the show further. The addition of Iino Miko to the main group definitely works. It gives them someone who can have a nice rivalry/potential chemistry with Ishigami. Plus she both fits the role of the straight man to a lot of ridiculous stuff, but also someone that can be coerced into engaging in nonsense in her own right.

This season will of course be remembered in part for the Ishigami arc. Much like how Kaguya’s big fireworks festival incident was the memorable part of that season, the Ishigami stuff will stick for this one. You could also argue the Student Council elections and Miko’s backstory will be memorable too, but the Ishigami stuff was really powerful. This show continues to remind me that it can both carry the romantic comedy side of things and mix in some legitimate drama in there too. The characters are changing and developing over time. And it is for that reason that I really want to see more in order to have their journeys be fully explored. 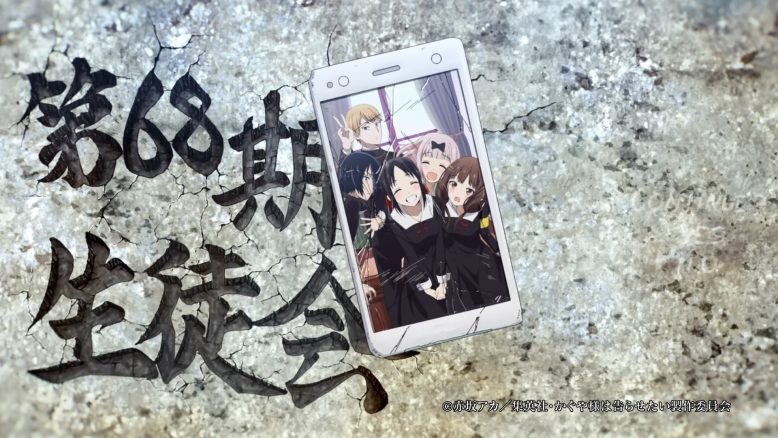 This is definitely one of my top shows of the year thus far and it will be missed. But everything has to come to an end sometime. I’m glad that this season was packed full of laughs and good moments. The animation quality was still perfectly good, the music selection worked to create the right mood, and the voice acting was excellent with both the returning and new cast doing great work. Overall it was just a really good season and I’ll probably have to rewatch the whole thing sooner or later. On a side note the above image does have an interesting hard to see message in the right side of it. A message of: “Continue, yes, no.” Hinting that a third season’s existence is still up in the air?