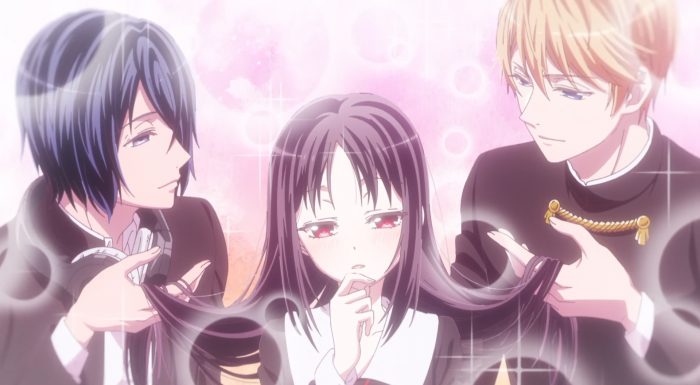 This show just doesn’t lose its touch. While they did mostly pull back to the original main cast being utterly ridiculous, it was a lot of fun to watch. Once again they just went all out on making this episode as much fun as it could possibly be. Even spending several minutes after the ED was over to go full shoujo manga and really have fun with it. For a moment I thought they were just showing a little skit of what the show could be if they wanted to go that style. And maybe that was part of it. But the best thing was how it was the main story continuing on, just with all the characters so infected by shoujo power that they were kind of losing their minds. To the degree that Ishigami was becoming a side romantic option for Kaguya! 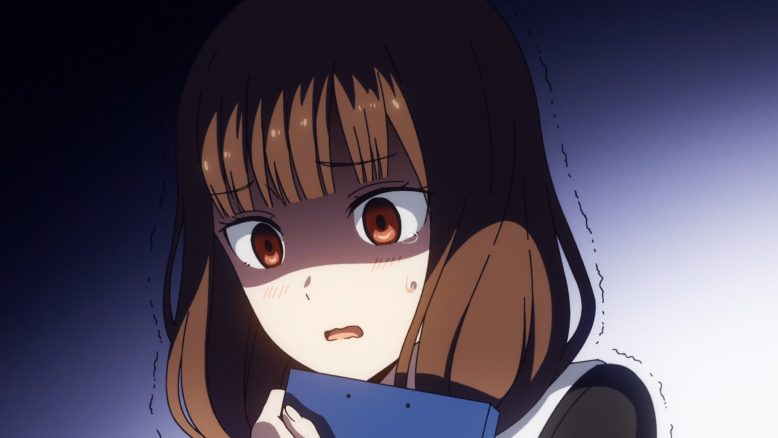 Iino had a ride in this episode even if she wasn’t in much of it. Mostly she was used for punch lines and quick little moments. In a way it kind of reminds me of how Ishigami joined the main cast. They are just using her simply right now, but I’d expect her to more fully integrate with the main cast later. Her moments were good fun though. Having one of her big moments just being walking in on Shirogane and Kaguya was gold. The first time was great with her thinking she was going to be attacked (which I suppose sounds terrible if you just type that out). And the second was great as well since she presumed what they were doing and was shocked when Kaguya tried to get her to ‘join in.’ Poor Shirogane getting hit multiple times since he could tell exactly what she was thinking! 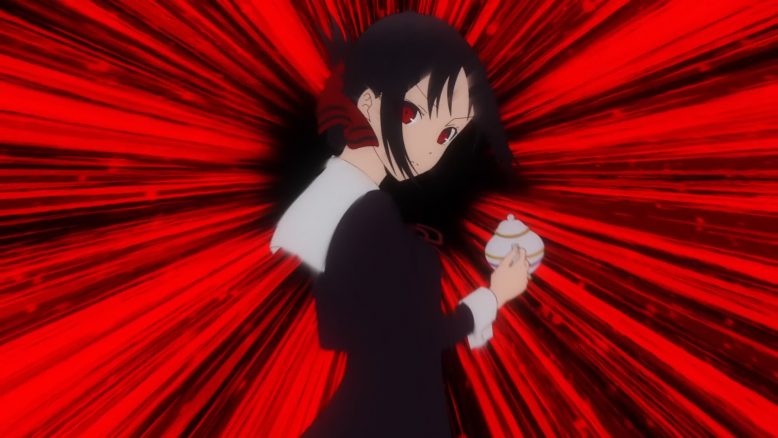 Good on the show for having some fun with the whole underwear topic. Talk about one hell of a way to start up an episode! While it did very much focus on men’s underwear (to a surprising degree) it was fun to see Shirogane misunderstand what Kaguya was trying to talk about. Surprisingly we got to find out his preferences for Kaguya. Both of them trying their best to get their underwear conversation through without sounding perverted was awesome. Of course it really did blow up in the end, but at least it wasn’t a long lasting misunderstanding. It even allowed for the both hilarious and heart-warming massage scene.

Poor Shirogane there. He was both in heaven and hell at the same time. It was a great moment having Kaguya hold his hand and I’m sure he’ll mostly look back on it positively. But it was also an incredibly painful experience since she had never tried doing such a thing before. Another reminder of the crummy father she has. Plus seeing Kaguya utterly go into love mode while enjoying giving that massage was great. If nothing else it was rather effective at getting her to further fall for him. 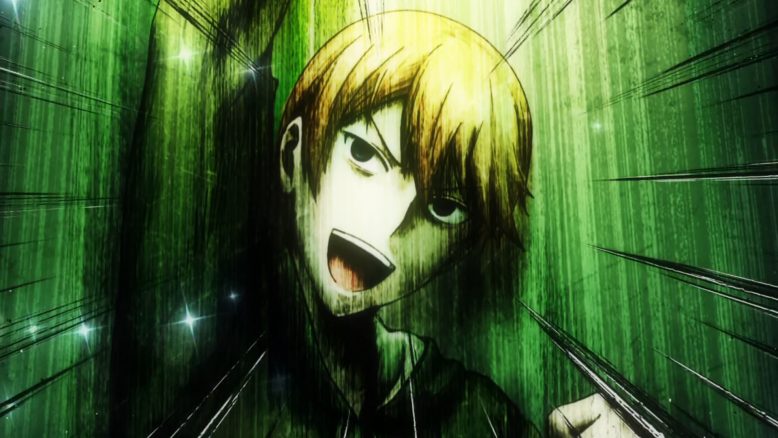 The manga thing was definitely the winner overall with the effect it had both in the middle and end of the episode. It certainly makes sense that people can be so powerfully affected by the things they read and see. Be kind of silly to sit here and say otherwise. The power of messing with their heads though was glorious and turned the student council room into a crazy location more so than usual. Even the narrator was turned into one more suited to a pure shoujo series. It even makes sense to wrap Ishigami into it since a lot of shows focused on romance do like to have a rival there. Easier to create romantic drama if it isn’t just the main character and their love interest. I appreciate that overall Kaguya-sama doesn’t need to do that. We just got a lot of cute moments. 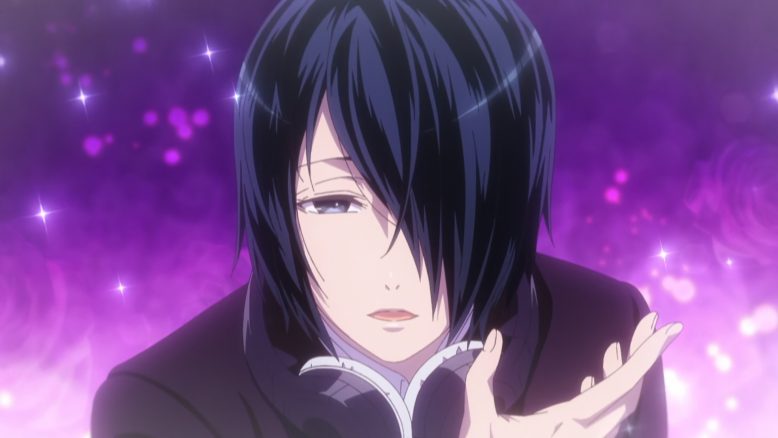 This was just a really fun episode though. It was enjoyable seeing the various characters KO’d by the tear-jerker manga. I enjoyed seeing Iino get utterly terrified by what she thinks happens in the student council room. And of course it was nice to take a break from anything too serious. I’m sure the season will still have some good and serious character moments to come. But nothing wrong with taking a breather and just being silly for a bit. All the more so since it still advanced the main relationship a bit.