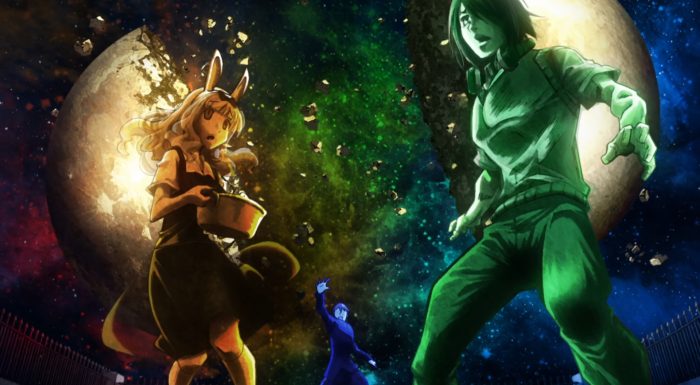 This episode brought some serious emotional value to the table. Of course there was plenty of fun and silly moments since this show is a comedy. But they really gave a significant amount of focus to two major sequences and that paid off nicely. Over half the episode was honestly dedicated to the conclusion of their student council term and the emotional aftermath of that. It is kind of nice to see the story really paying attention to the passage of time. They aren’t going to spend some nebulous eternity having silly moments. Time goes on and that means there are changes that will occur. One of them is that their term as the student council of that school was always going to end. 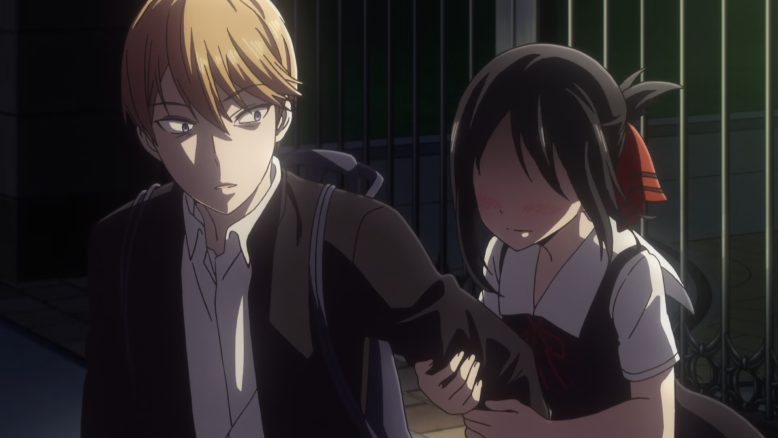 I really felt the emotions with Kaguya fighting between her rational and emotional sides. There wasn’t a big courtroom scene this time. But you can feel what she was going through. Logically she knows there is little benefit to Miyuki becoming the student council president again. He’s gotten all the benefits the school can give to him for taking on that massive burden. Not to mention he’ll be heading into his third year of high school and no one would blame him for wanting to focus more on just balancing academics and work. Rather than having to balance those things and the job his title required. Even reversing their titles wouldn’t change anything since he’d be the hardest working vice-president there could be.

But it isn’t all about logic. Emotionally she wanted him to stay with her. Neither are at the point where they are ready to just throw their pride out the window and confess. With that in mind the student council is the one place where they can interact. If they just let things end then their chances to really spend time together dwindles. Maybe that would push someone to make a move but…who knows. I was really happy that Kaguya stepped up and found her voice. All the logical reasons to let him rest and not ask him can’t compare to what she truly desired. Whether openly or in her own mind, he is her President. 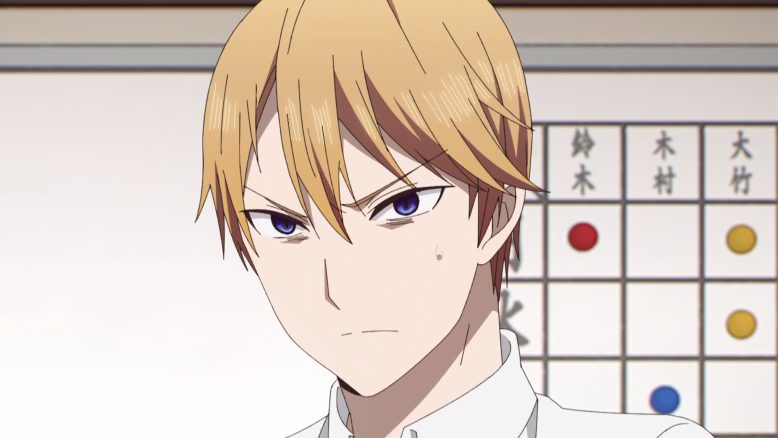 While the show did play up the win for Shirogane for a moment, I like that he wasn’t planning on doing it. He filled it out, he thought about it, but he wasn’t going to do it. Because of course he did think about it. It is the same for him that the student council is a place he can interact with Kaguya. There’s an emotional reason to try and take that title again. But, he does have a lot of legitimate weights to carry around and doing this thing all over again would be tough. Maybe he’d have given into the desire to have Kaguya as his vice-president again. But, that she openly asked him to do it made all the difference in the world. It went from something he may have decided to do, to something he immediately agreed to do. 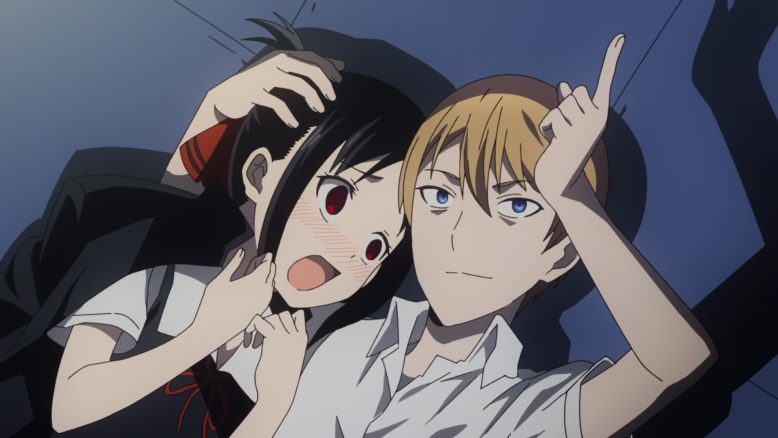 Of course there was some purely silly and fun stuff in this episode. Seeing Kaguya utterly lose her mind in the first half was pure gold. When Shirogane gets caught up in the moment he can be an incredibly cool guy. He was just putting the moves on Kaguya so effectively that she had to straight up retreat. It is fun though that he can get so absorbed in the things he likes that he can’t find time to be embarrassed. That was pretty helpful of course. Kaguya can easily get caught up in plots that don’t really advance her cause. Instead we got to spend minutes watching her freak the heck out over Shirogane being so incredibly bold.

There as some depth as well though. I like that Kaguya hates the moon because of the Princess Kaguya story. And I also really enjoy how Shirogane found his own way to interpret it. Rather than Kaguya being this jerk who toyed with people and left for the moon without a care, there was more to it. And he puts a fair amount of blame on the guy who burned the immortality elixir for not reading Kaguya’s signs. Something I think many hope that Shirogane will be able to muster. It was connected to some awesome lines like “I never would’ve let Kaguya go” but it works both as a comedic scene and an emotional one. 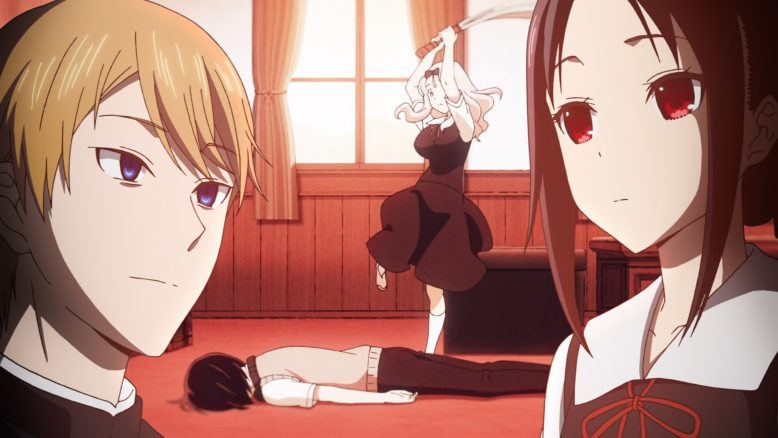 This was another strong episode and maybe my favourite of the second season thus far. They focused pretty heavily on those two scenes and the emotional payoffs for them were very much worthwhile. This does also set us up for a good little arc. There will be a battle for Shirogane to retake his position and prove what he’s made of. The girl he likes has made a request of him knowing how selfish that request would be. He’s got to throw his full effort into getting re-elected. Of course I’d think he has a great chance with how he did a great job in the first place. But, I’m sure the show will make sure there is some drama.