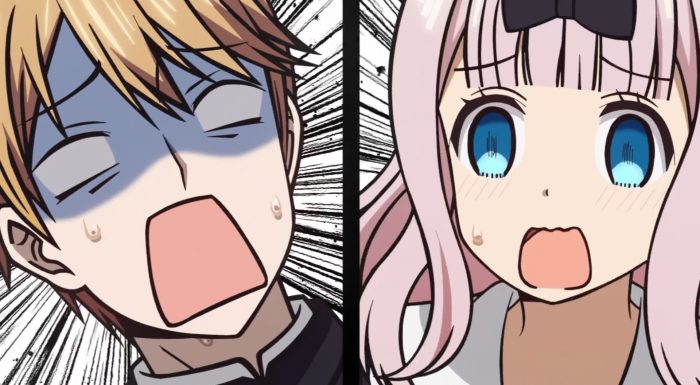 This was a pretty fun and cute episode. A great deal of focus was turned towards Shirogane’s birthday. It is nice that they did carry on from the previous episode and make this birthday a big deal for the characters. Of course the status quo doesn’t openly change, but there was definitely some progress made internally for Kaguya. Maybe she still can’t openly admit her feelings about Miyuki. But at least she’s able to admit to herself on some level that she likes him. It’d be pretty darn hopeless if she couldn’t at least reach this point. Whatever the future has in store, it should be a lot of fun to continue watching the antics of this cast. 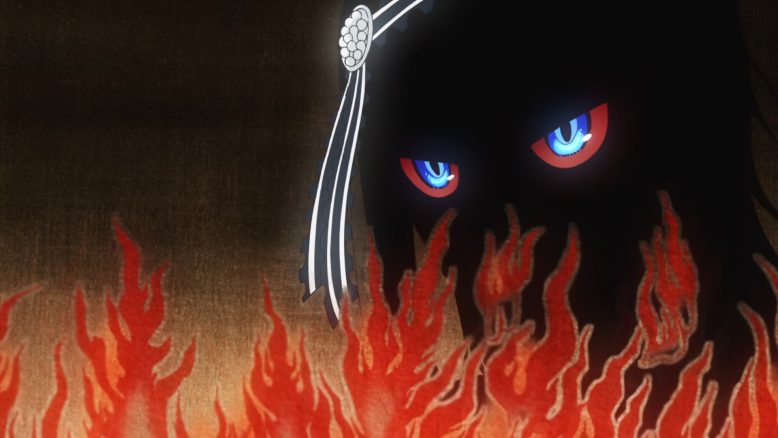 I kind of love the sibling rivalry going on between Kei and Miyuki. They were only in brief cuts between the scenes, but it was kind of hilarious. You have Kei pretty darn pleased with herself that she’s on a first name basis with Kaguya. Then you have Miyuki gloating over getting his birthday present. On some level I wonder how complicated this whole situation could get if they want it. Since Kei does look so similar to Miyuki and both siblings are quite interested in her…

Regardless I do like what we got during the shopping trip. Some interesting little insights. One of which is that Moeha is terrifying and might kidnap Kei and/or Kaguya to trap them in some kind of dungeon. A good reminder of course of how tough the situation for Kei and Miyuki are. Birthdays and Christmas are pretty sombre things. Kei can calculate possible purchases based on the amount of newspapers she’d need to deliver in order to afford them…But she’s also a pretty sweet girl. Making a desperate dive to help a kid who was falling over being just one example. Sure she can’t openly accept her brother’s kindness, but you can get the feel for how their relationship works. It was also good fun seeing how determined Kei was to have Kaguya call her by her first name. 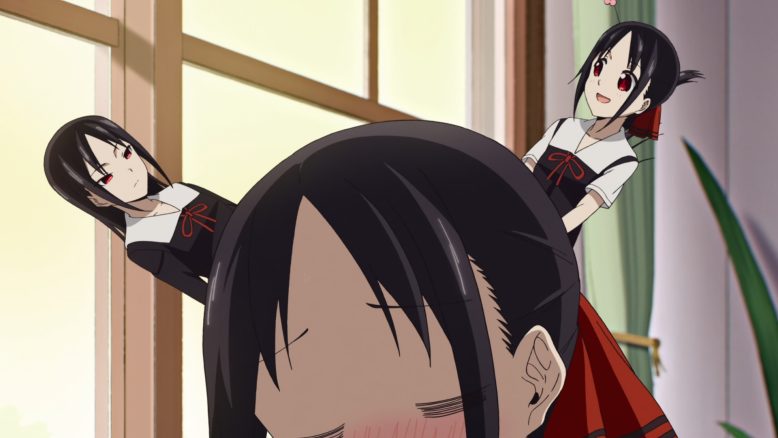 The court of Kaguya was a blast. Mostly loved it for how darn effective stupid Kaguya was at making her points and being honest. The cold version could at least be open to a degree about being attracted to Miyuki. But, I’m glad the dumb version shut things down with admitting Kaguya’s true feelings. The girl is in love and from her perspective there is no one cooler in the world than Shirogane. Of course fair enough point made by the child judge. This wasn’t a time for Kaguya to debate whether she wants to date Shirogane. The debate was just about whether to give him a present. I can at least agree with her conclusion. Handing over that ridiculous wedding cake would have been a bit much and certainly would have killed subtlety. Giving a smart present and a slice of a pretty awesome cake worked.

I also appreciate the openly ecstatic internal monologue for Miyuki. Of course he was overjoyed. The girl he’s interested in gave him a pretty fantastic present. Something that fit with his sensibilities and made him feel honoured. It was a present that showed the esteem Kaguya had for him. And hey, even the narrator wished him a happy birthday. Not a bad birthday whatsoever. 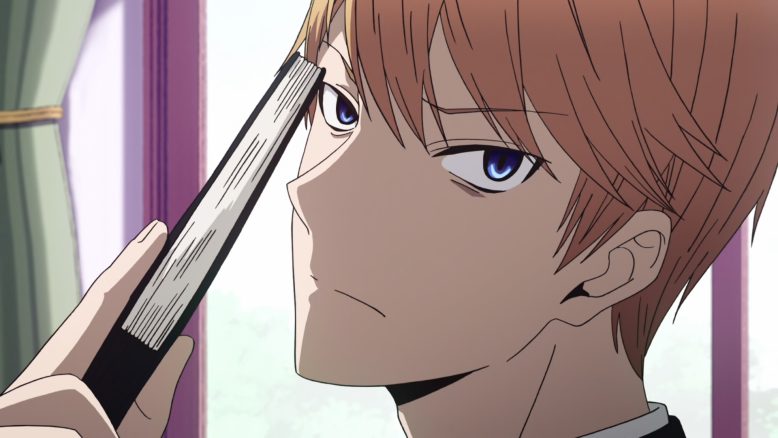 The last skit was also pretty good fun. I liked how Miyuki initially didn’t want to capitalize on things. He was still really happy about the present and thought it would be wrong to mess with that goodwill. Kaguya of course couldn’t help herself in trying to turn it into something that would be her advantage. Probably not a great move on her part since it did open the door for Miyuki also playing dirty. The hilarious thing was that Kaguya totally sabotaged herself. She was too overjoyed that Miyuki was using her present that she couldn’t keep fighting smart. It was a total save by Ishigami. If he didn’t mess with Chika then she may have been truly cornered. Of course Ishigami was Ishigami in that he couldn’t help but attack Chika mercilessly. 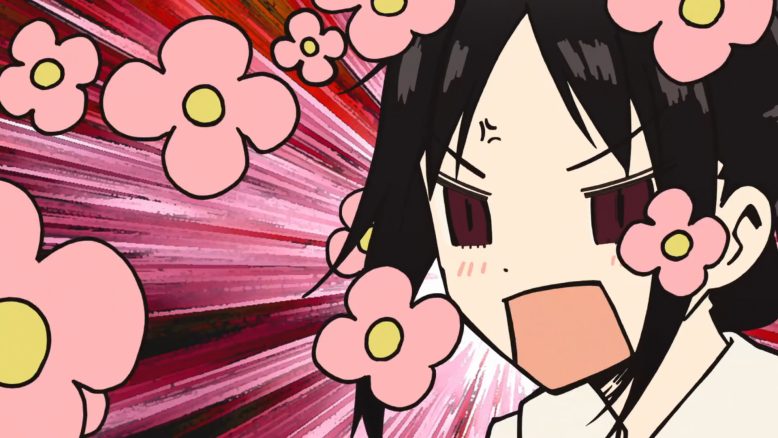 This was just good and honest fun. The supporting cast helps keeps things fun. You can have a great first act involving Kei, Chika, Kaguya, and Moeha window shopping before the focus shifts to Kaguya, Miyuki, Chika, and a bit of Ishigami. They have enough cast members now and are abound to add a few more as this season goes on. This episode showed the strengths of the skits the series runs with, while also showing that connecting those skits can make for a strong episode overall. If the first episode was a nice easing into the franchise, this was just getting back to full stride. I can’t wait to see what is coming next for this show.