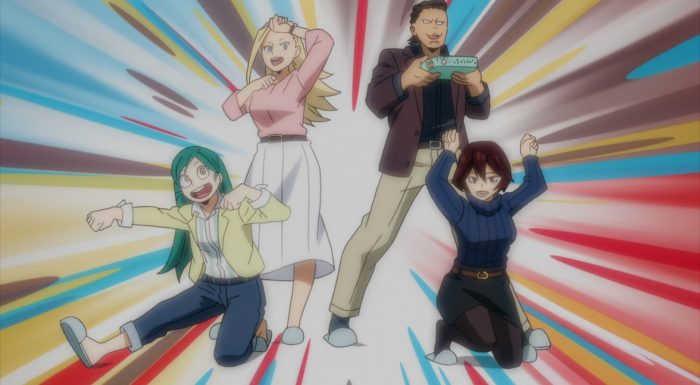 If nothing else it was nice to see some new faces and some familiar ones. I wasn’t exactly eager to see the Pussycats again. But I also have no complaints about that happening. It is still too bad what happened to Ragdoll. Having her quirk stolen has to be an utterly traumatic experience that she’s still working through. But instead of letting herself be dragged down by it, she’s finding new ways to contribute. Even if it is just handling office responsibilities. The important thing is her just finding a new path. 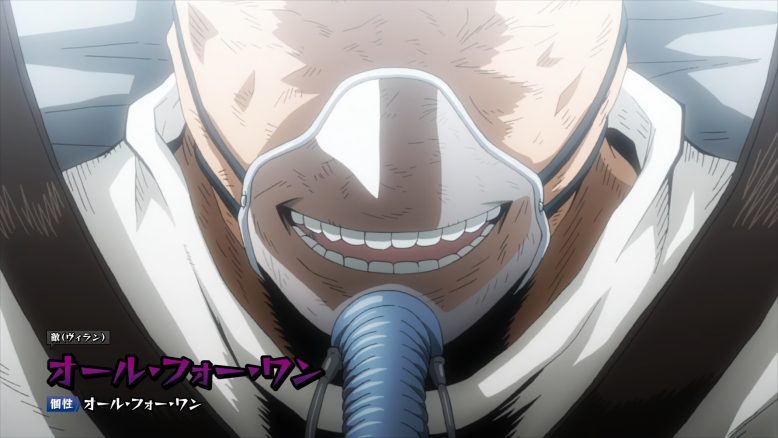 Not much that can be done for Ragdoll anyways. All for One has her quirk and they can’t afford to try and get him to return it to her. The only person in the world that could handle this guy is retired. Until Deku reaches the levels that All Might did…it is simply too risky. So that just leaves her and everyone else he’s stolen quirks from left having to carry on. While the criminal is contained, he still has some control over things.

At least the evil we saw was balanced out by seeing Eri’s present situation. It kind of makes sense. Her quirk is so overwhelming that Aizawa would have to keep an eye on her long term. So that either means Aizawa has to leave the school or Eri needs to head to him. And it is true that Mirio has all kinds of free time right now. The moment she can control her power and bring back his quirk it probably would be good if Mirio was nearby. I’m not sure when that is going to happen, but it is bound to happen eventually. 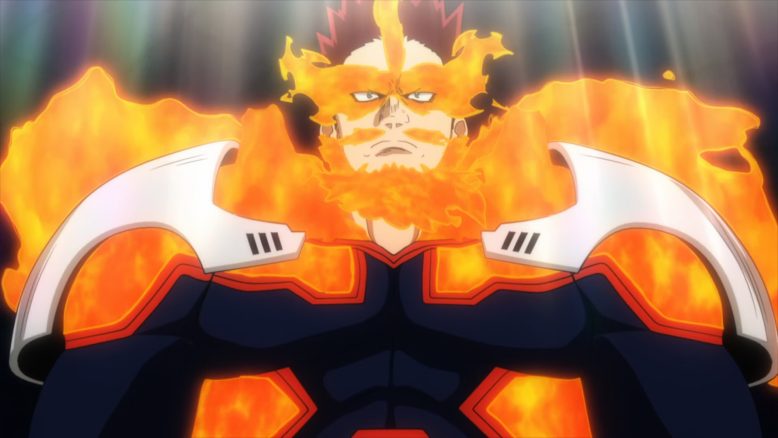 I just wish that Endeavor’s rise to glory actually came after a fall. It is interesting this comes right after there is talk with Gentle about second chances. I don’t think it is a bad idea to give Endeavor that. But unlike Gentle who got beaten by Deku and arrested, Endeavor has never actually paid a price that he’s felt. I don’t feel like he understands what he’s done and how utterly disturbed his mindset was in ‘creating’ a family. Maybe that will come in the next episode. But I’m honestly waiting for him to even understand that he’s done anything wrong to this point in his life. As if the series wants to keep the awkward relationship with is family but just forget why Shoto has any issues with his father. 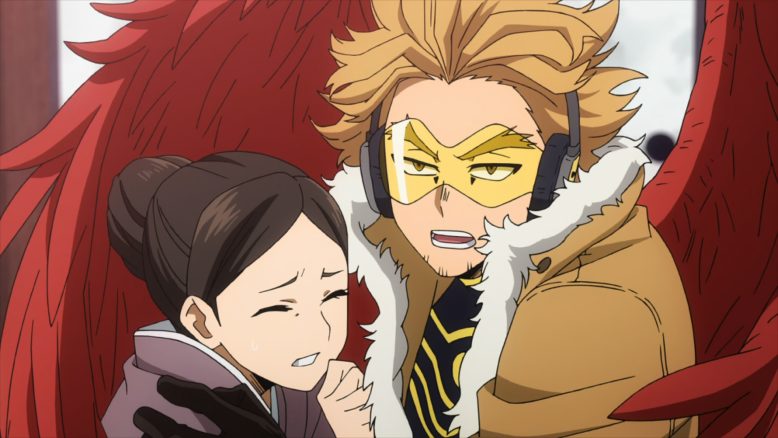 It really is frustrating what the series does with Endeavor because there is potential for him to be a strong character. He’s made some amazing mistakes in his life. Hawks talked about Shoto dropping his stock. If what Endeavor has done ever came to light…it’d do more than drop his stock a bit. This guy seriously struggles with general public approval and they don’t even know what he’s actually done. He just struggles because he’s scary and most of the time he’s been rather rude to people. Endeavor has an awesome ability, knows how to use his quirk well, and has the pure strength to hold his current position. If the show would only give him an actual redemption arc instead of just skipping to him being redeemed without any arc then it’d be in great shape. 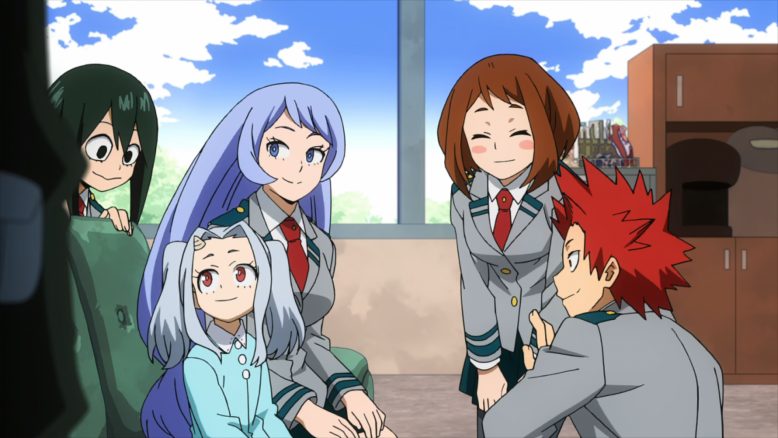 The show may have been better off ending with the episode before this one. It focused on the main character, it had a very interesting antagonist, and it went out with a bang considering the school festival. We’ll still get excitement of course. A nice showdown with Endeavor and Hawks vs this new Nomu should be good. Not sure how much of course you need to power up the Nomu anyways. While he was on his way out, a Nomu that wasn’t particularly intelligent gave All Might a tough time. But I suppose changes always have to be coming. While it won’t be a very emotional conflict, I hope the season can end on a decent note. At least we found out that Eri is effectively being adopted by UA.