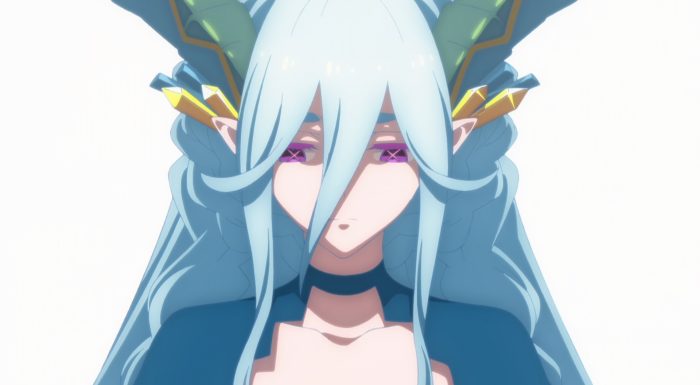 With this we got the final showdown with Tiamat. Absolutely everything was thrown at her including things you wouldn’t have expected. The episode moved along quickly, but I honestly didn’t even notice. I was way too absorbed in the various characters fighting Tiamat and everything she was throwing back at them. We had Ishtar taking some serious hits, Gilgamesh unleashing Enuma Elish, Hassan ripping Lahmu apart, Ereshkigal using everything she had, Mash holding the line, Merlin melting enemies, and even Fujimaru getting in on the action. They just had everything they could physically fit into this episode thrown into it. And I enjoyed just about every moment of it. 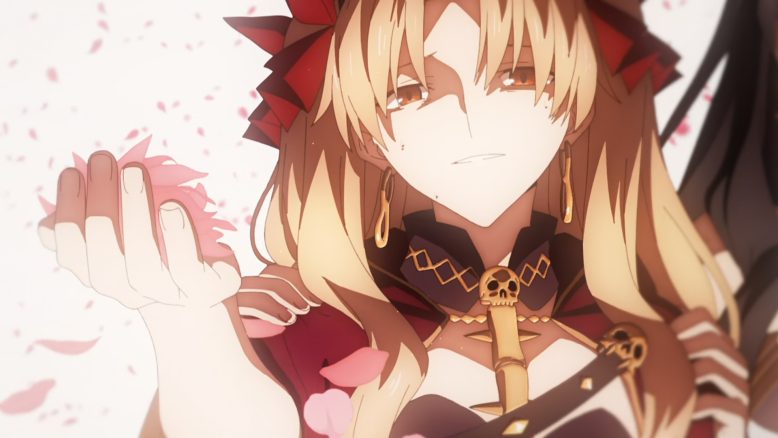 This episode really felt like one of the last ones. We had a fair amount of sad farewells. One of which including the adorable goddess Ereshkigal and even had a bit of a sombre farewell for Tiamat. Ereshkigal took a big hit and gave everything to support the efforts of Fujimaru. As the ruler of the underworld there was only so much she was supposed to and allowed to do. Only so far that she could side with the living. And she just went right over that line because of course she did. She came to care too much about Fujimaru to hold anything back. She broke the rules, paid the price, but without that there wouldn’t have been any hope. It was great seeing her get to fight as she can and unleash her noble phantasm. Well done Ereshkigal. 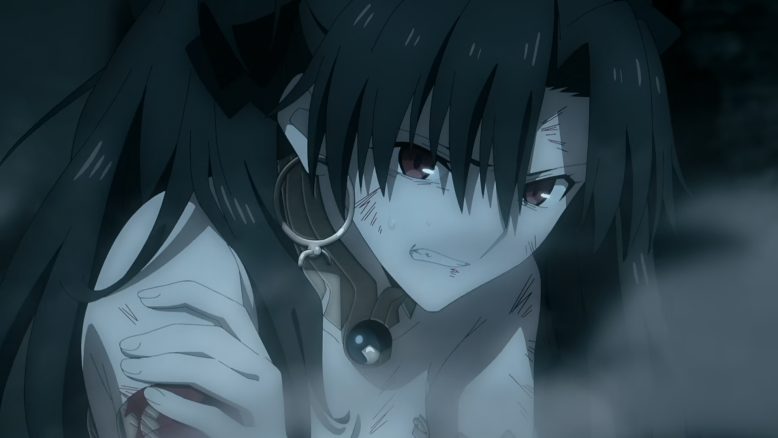 I didn’t think we’d get a little Tiamat scene, but it worked. In the end while a huge threat to humanity, she isn’t one out of pure hatred. She’s a goddess that cannot help but continue to create new life. But the downside is that the life she creates isn’t necessarily able to coexist with each other. In order for humanity or any of her children to exist they inevitably must go against Tiamat. The birth of new life has to be ceased in order for what is already there to flourish. And in the end it wasn’t as if Fujimaru has a deep hatred for Tiamat. But she had to be stopped if he wanted to continue living. It was a one or the other situation. Either Tiamat was stopped or humanity was wiped out. 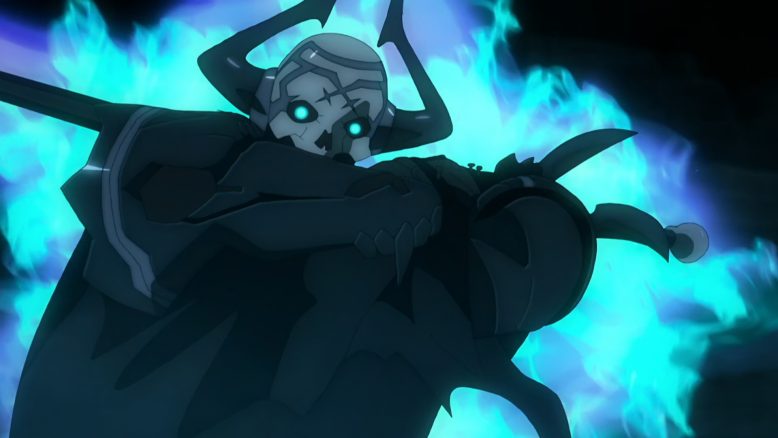 The action was out of this world and there was so much going on that trying to cover it all seems a bit nuts. Of course the big finisher there was the Enuma Elish. Not the first time we’ve seen that attack animated, but it was definitely an incredible attack. That beam was so massive it dwarfed Tiamat herself who was gigantic. But we had so many good ones to look back on. A pretty memorable scene with Hassan attacking Tiamat herself and then ripping the Lahmu apart. That was pretty darn brutal. This is the Grand Assassin. He doesn’t just kill people in the way you’d expect, but in ways that leave you going “ok then.” 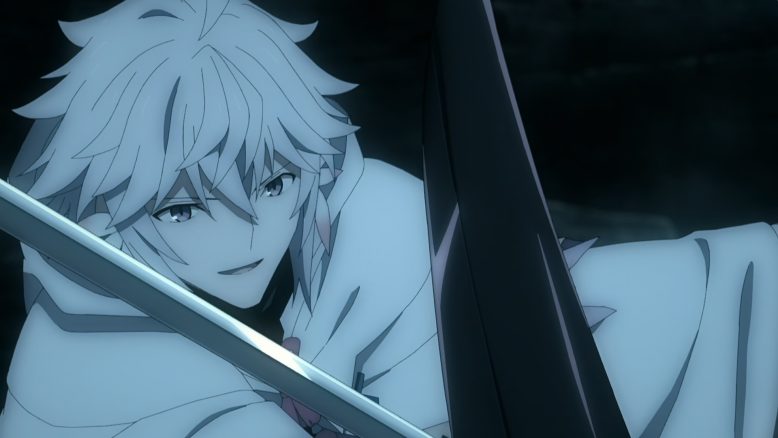 We even got some pretty uneasy moments like Ishtar getting seriously knocked around. For all the memes and puns, she is a pretty likable character. Seeing her take some hits wasn’t fun to see, but did establish how brutally hard this situation was. Tiamat wasn’t easy to bring down and she kept bringing out means of making their lives hell. It made sense that she effectively summoned super minions. If it was just everyone attacking Tiamat then the episode might not have been as entertaining. But instead we had Ishtar taking hits from these things and Merlin having to get all ‘close combat time’ against them.

Also I just want to say that Merlin was pretty darn cool in this episode. Obviously Gilgamesh summoning himself as his younger (more annoying) self was effective. Without his weapon spam they would have been unable to stop Tiamat’s escape from the underworld. But, it was plain fun seeing Merlin bust out Excalibur (I may be wrong) and even using tactics that I’m sure his enemies would find annoying in order to do some damage. This was finally his time to just attack on the front lines and he did it well. 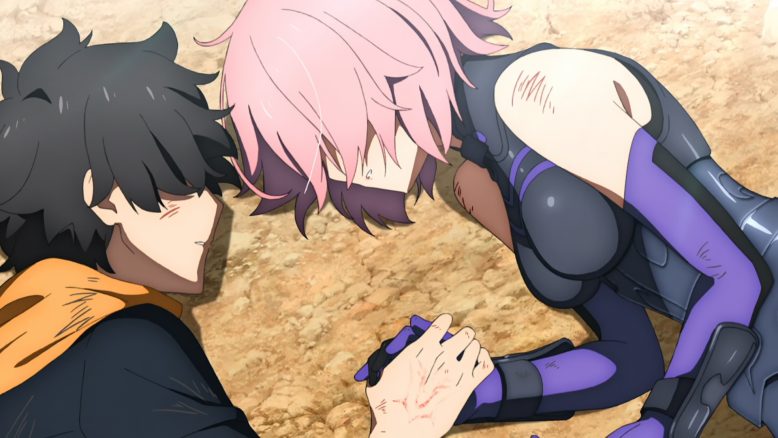 It was very symbolic and fitting that humanity had to be the one to bring down this evil of humanity. It couldn’t just be about any of these gods or non-human entities doing it. Fujimaru had to be the one. And for a guy that can take a lot of hits and questions of “what does he matter”, he did his part in this one. It wasn’t an easy road to Tiamat. And we can’t forget the hard work put in by Mash to help him get there. But when it came down to it, he had to throw himself at this unbelievably scary entity and do his part. And he even got some solid last words with Tiamat before that happened. This episode was all kinds of awesome. And I’ll definitely end up rewatching it a few times just to appreciate the spectacle.