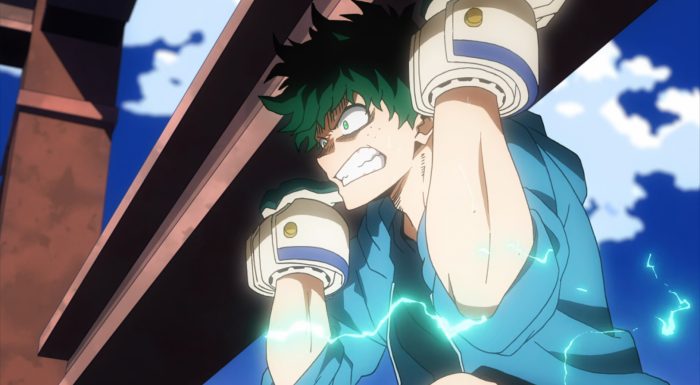 Well at least they are having a lot of fun with this final conflict. It is a good chance for Deku to bust out some new attacks and to create a bit of safe drama. They can’t constantly have a lot of lives at risk. But here they have an objectively small crisis that will still bring out enough emotions from the main characters. And that is definitely the case here. The school having a problem isn’t the end of the world. This guy isn’t going to go around killing people. But it could be another hit for UA that could cause trouble for the teachers, students, and who knows where it ends. Beyond that the whole thing could get cancelled and that would be rather upsetting for everyone. 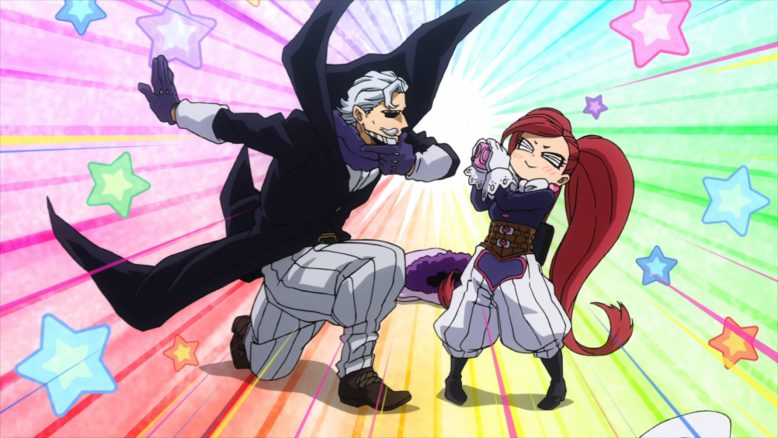 And we’re finally getting to see what Gentle can do. So his quirk did end up being elasticity based. Which normally wouldn’t sound too crazy, but used by the right person it does have dangerous potential. And we saw plenty of that here. He can create defensive barriers, move rapidly himself, and reflect attacks. It does make it troublesome to get close to him. And he does have the intelligence to make the most of what he has. While he isn’t likely to injure innocent people himself, he’ll make the threat. One that doesn’t necessarily rely on the other party actually biting. Even if Deku couldn’t get to the steel beam, it wouldn’t have hurt the guy nearby. It just worked out well for Gentle that Deku is just that capable. 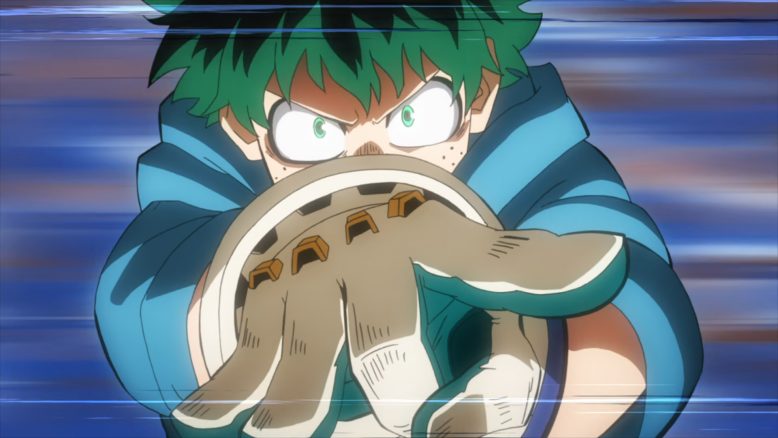 I suppose it works out for Deku that he’s known as the “crazy boy.” A fair enough conclusion for anyone that only knows him from the sports festival. Still, it does mean he can pull off moves like his long range air sniping and the other party won’t expect it. But at the very least he isn’t going to be taken that lightly the longer this goes. Hopefully Deku can find a way to close this out. It feels as if this fight will be settled before the dance and music fun begins. Since I can’t imagine they’ll really let the festival shut down here. But, I’m sure they will take it right up to the limit. 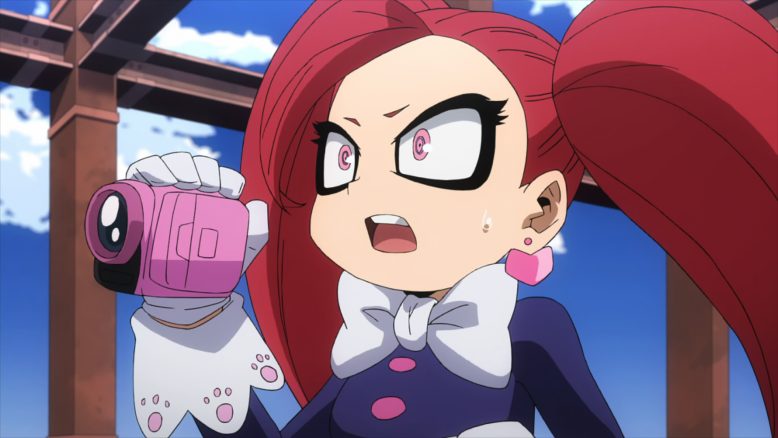 Interestingly we will get a look at what La Brava can do. So either her quirk isn’t related to the hacking or she’s got some kind of quirk that can be used for hacking or for incapacitating an opponent. Whatever she’s got, I guess we can only hope that Deku is ready for it. He’s as motivated as anyone. This festival is important to his friends, the staff, and of course Eri. Having this ruined for her would be as painful for him as his friends going through a terrible time. So naturally he’ll keep going even if this fight is rough on him. At least he has the license right now to pick this fight without needing to call for help. 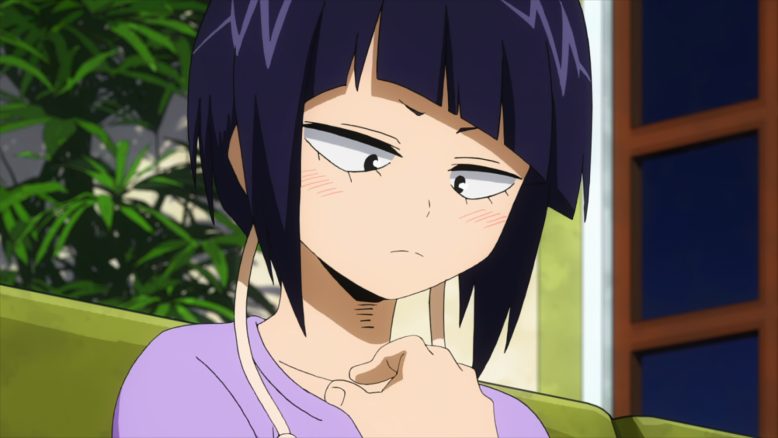 This was just a lot of fun. Nice job by Hatsume in bringing out the gear that Deku needed. It shows the jump in tech from All Might’s age. Deku needs the tech support much more than All Might did. But he’s also got more useful assets at his disposal than All Might did. Finally technology has caught up enough. It should be fun to see everyone doing their thing at the performance. Jiro and Mina have had their moments to shine in helping everyone get ready. Their personal skills being extremely useful here. Even though those skills aren’t really ones that are normally key for facing villains, they are good for other aspects of hero work. Cheering people up is pretty important in an age that is pretty tense. Anyways, it should be fun to see how this fight turns out for Deku.