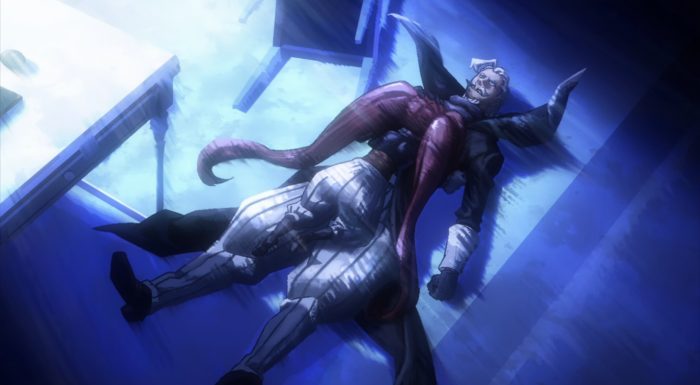 Well this situation definitely creates a decent level of personal stakes for the final episodes of the season. The threat level of the criminal isn’t even the biggest deal here. Whether or not he breaks into the campus and an alarm sounds is the biggest deal. Of course he could cause trouble once there, but thus far it doesn’t seem as if that is his goal. There might be something else to it, but it would have to be something he simply hasn’t shown yet. Ironic how he has a similar enough viewpoint to the police. That there is something wrong with people having fun and being happy during times like this. Of course he’s missing the point the police were given. That there are things to be lost if you start running away like that.

The question of course is whether they can manage this. If he gets into the school festival it isn’t necessarily an instant loss. You can still stop him before an alarm is sounded and quietly take him into custody. But there are risks to even that. They could get into trouble for not sounding an alarm when a criminal was on the campus grounds. We’ll have to see how the story decides to tackle this. Either way it looks as if the final arc is a kind of defensive battle. The best case is keeping Gentle away from the school festival period. If he is taken outside then there shouldn’t be any issue at all. At least Deku is heading on the path to finding out that this guy is coming after them. A lot easier to stop someone like that when you at least aren’t caught offguard. 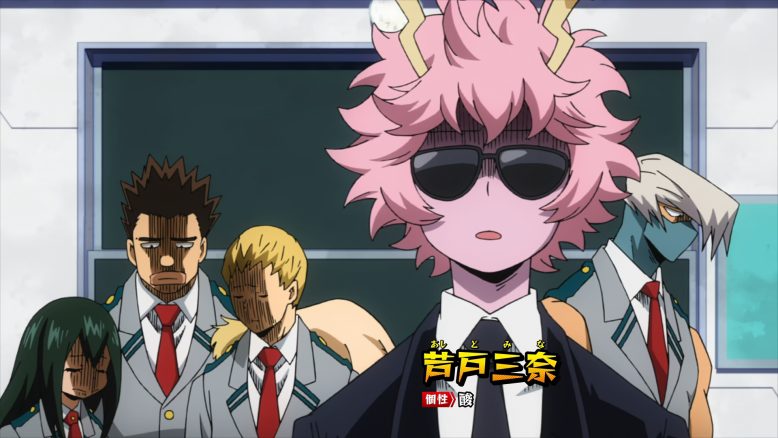 I was surprisingly worried for Deku there when he was ‘fired’ from the dance team. But I get what they are going for. The important thing is amplifying the level of hype and fun. A moving disco ball would be useful in that sense. And at least Deku doesn’t have to bail on the dance right away. Just needing to be ready to rush away and help move Aoyama. It won’t be letting Eri down completely since he’ll be there for part of the dance performance. And the atmosphere should hopefully be silly and crazy enough that she won’t mind. 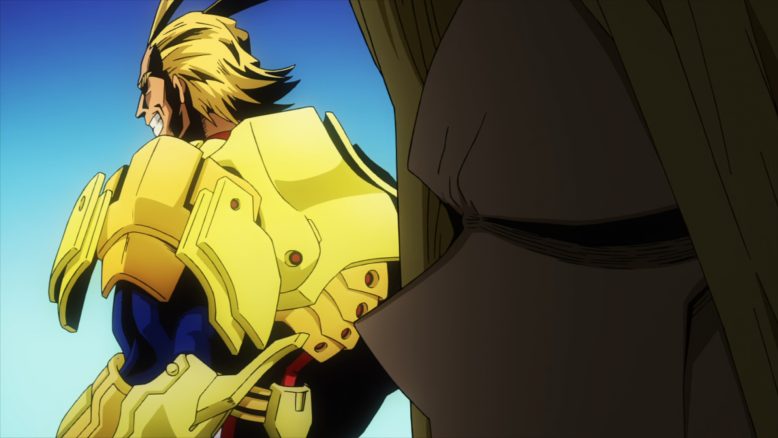 Naturally Deku is continuing to do everything in his power to get stronger and clean up his weaknesses. He’s just a different type from All Might and has to keep improving in his own way. Finding ways to add some range to his skills is a nice addition. And nothing wrong either for leaning on some support items to do more with what he has. A fair point of course that he can’t get reliant on the support tools. If he can’t do anything without the tools then he’ll look worse in general. Plus during events like the sports festival he won’t have access to those things and those are big moments to stand out. Good tools to have and he should use them if he can. But, just being cautious about overreliance is a good mindset. 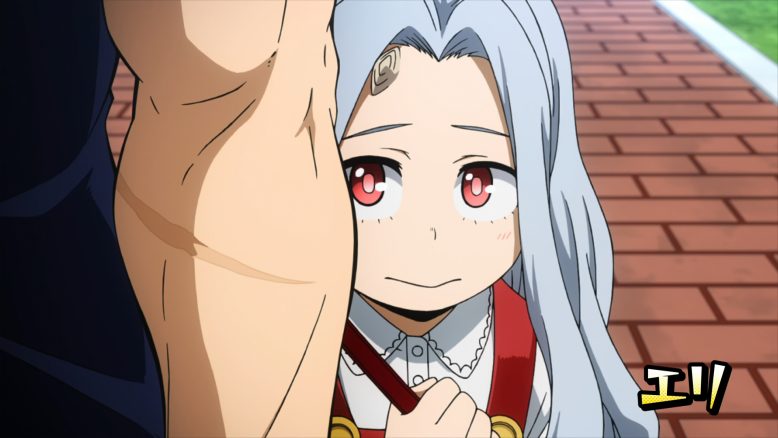 Things are looking pretty good for Eri here. She’s getting more comfortable and it was a good idea to have her visit once. If she just got dropped into an intense situation and place like the school during this kind of event…it might not go so well. At least this way she’s a bit more relaxed and starting to socialize with people. Not easy to do when the only person you really interacted with was a psychopath or the lackeys of one. At least the situation for Mirio is allowing him to look after her. He’s got the free time until his quirk can be restored. Although I suppose he could help Nejire out with her beauty contest battle like Suneater is. 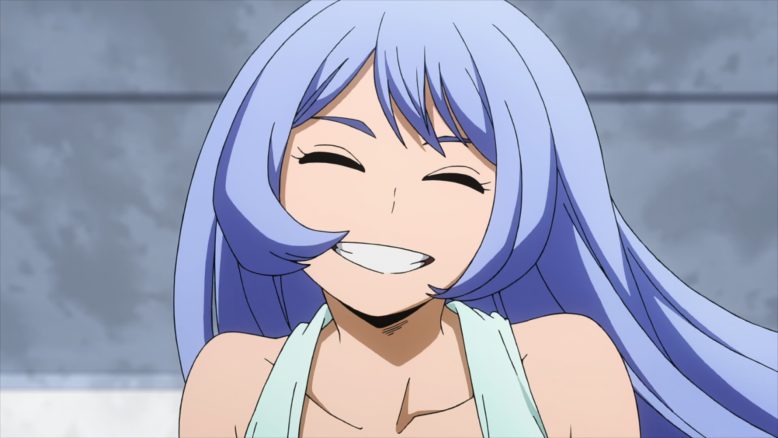 And now we just have to see what will happen with this Gentle situation. It was kind of nice to actually get a bit of backstory between these weirdos. They were kind of made for each other. He’s a total klutz with machines, but has a level of charisma to him. Not that much charisma obviously since he hasn’t really stuck with people even after making videos all these years. But it was enough for La Brava. A totally crazy hacker that fell in love with this guy. Still not sure if that hacking ability has any quirk relation, but regardless she has her skills. It makes sense that she’s with him since he desperately needed her talents.