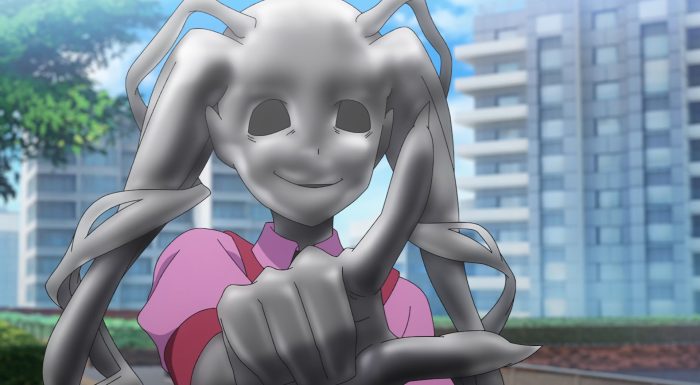 The mystery is continuing to build up with this arc. There are a lot of questions about what the various factions are after and how they relate to each other. What does Shokuho have to do with this creepy group that is also after the clones? Were they after the clones to begin with or only after “Mikoto” went after their villas? It seems as if Shokuho is at odds with this group, but there’s no telling why. Regardless she definitely turned them after Mikoto by messing with eyewitness memories. And it isn’t as if she has good motives in the first place. Otherwise she wouldn’t have dragged Mikoto into it and also assaulted her friends. At best this looks like a fight between two messed up factions. 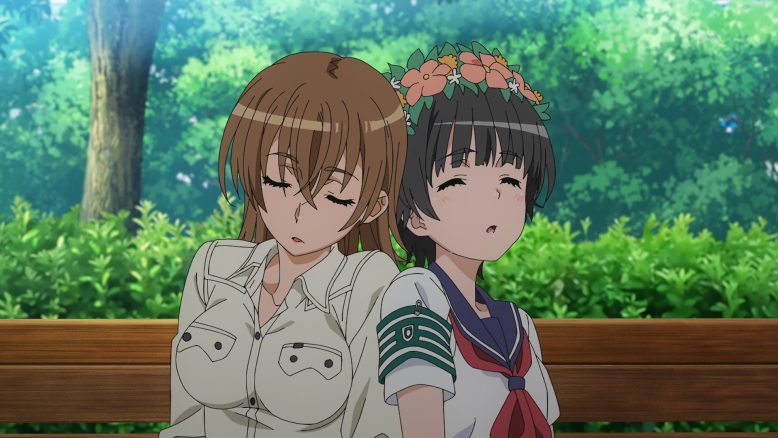 At least we’re on the road to the main cast being back on the same page. Steadily the cracks are forming or at least being exposed in Misaki’s brainwashing. You can’t cover for everything when you are attacking people in a hurry. There are bound to be slip ups and holes in her tactics and we’ve seen some of them here. I suppose there is also a “power of friendship” element with this group still coming together even if the memories aren’t there. They did line up as friends in the first place so it makes some sense. At least the events are starting to line up in Mikoto’s mind. If she can’t figure out what is going on then there isn’t much hope. And at least she can understand what initially happened to Uiharu and why. 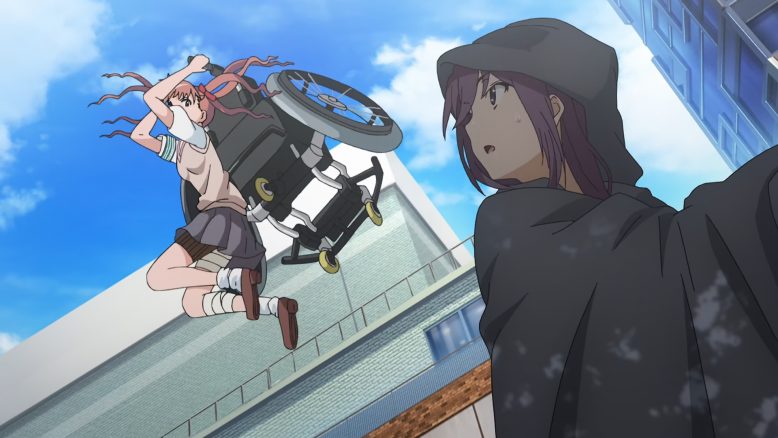 Some fair teamwork at play even with the memory issue. Mikoto knows the kind of person Kuroko is at her core. Even if she is treating her differently, she’ll act within a realm of predictability. Trusting her to take care of her mother just made sense. In that situation she could help Saten easier than she could her mother. So there wasn’t much choice. She had to save Uiharu and leave the rest to trust and faith. And as we know, Kuroko is more than capable when in a serious mode. It wasn’t all that hard to deal with the creepy attacker and get Mikoto’s mother to safety. Teleportation is super helpful for surprise attacks and for escaping dangerous situations. 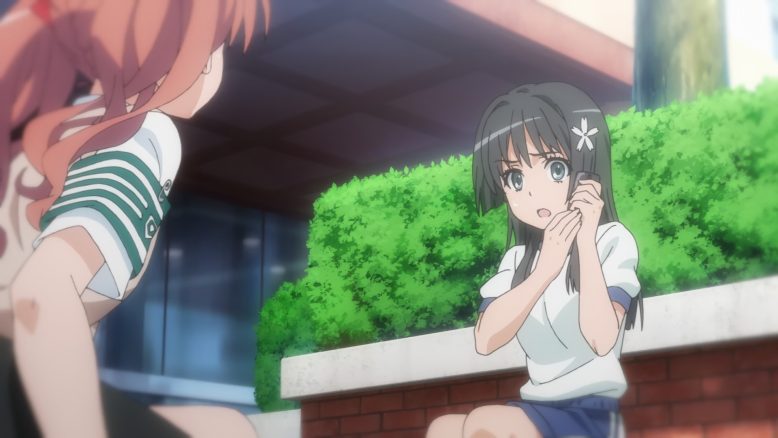 And all the cooperative efforts are paying off. Kongo’s efforts lead to gaining additional information. It didn’t feel like a crazy amount, but it was useful. And all of that lead to interactions like Saten getting caught up in this which lead to Kuroko, etc. Mikoto has built up legitimate bonds over time and they are paying off. While Misaki’s clique basically doesn’t know what to do without her there to tell them what to think. If there is any advantage it should be that side of it. But, the bigger issue is whether or not they can get back the captured Sister. Figuring out what everyone is plotting can be done after that immediate issue is taken care of. 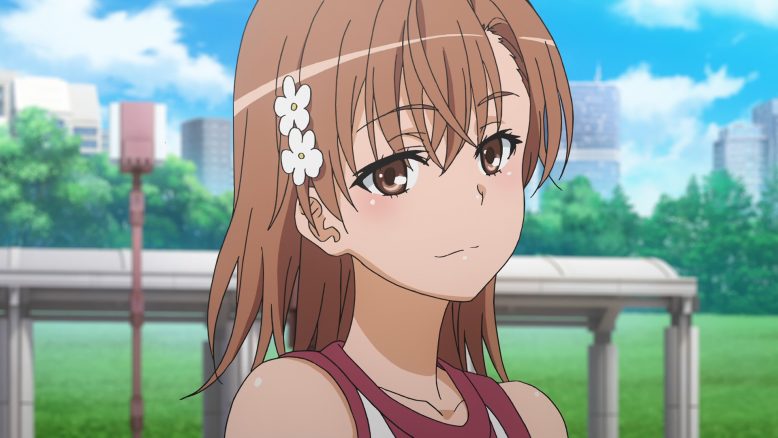 Overall it was a pretty fun episode. A total blast in watching Mikoto get to combine forces with her friends again. Plenty of questions raised as to what this all has to do with Shokuho. On top of that questions of what Shokuho has to do with this “DNA computer that generates abilities.”

No doubt we’re going to be looking at more of Academy City’s darkness, but that’s how it goes. Various forces are clashing behind the scenes and the end goals are entirely unknown still. Whatever the goals, it is clear how serious these factions are. They are willing to threaten, hurt, and kill people. Not entirely unknown for this city, but still noteworthy. Definitely well beyond the realm of a minor squabble from schoolmates.