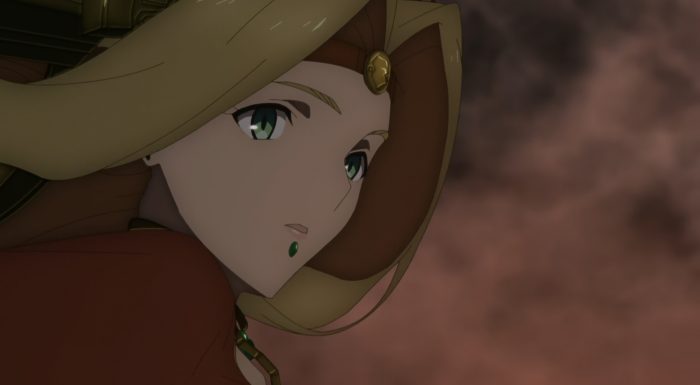 We’re just at the point where things are getting crazier and you just have to strap in for the ride. What more is there to say than that? The main cast are fighting a primordial god here. The fate of every human to ever exist on top of those currently still alive in Uruk are on the line. And we are getting all that here. The episode managed to fit in focusing on the weight of what is going on here, but also find time for all the crazy action we got. And things got crazy intense near the end when they had Quetz going all in on Tiamat. That was a blast and we got plenty of emotions coming out of the main cast through all of it. 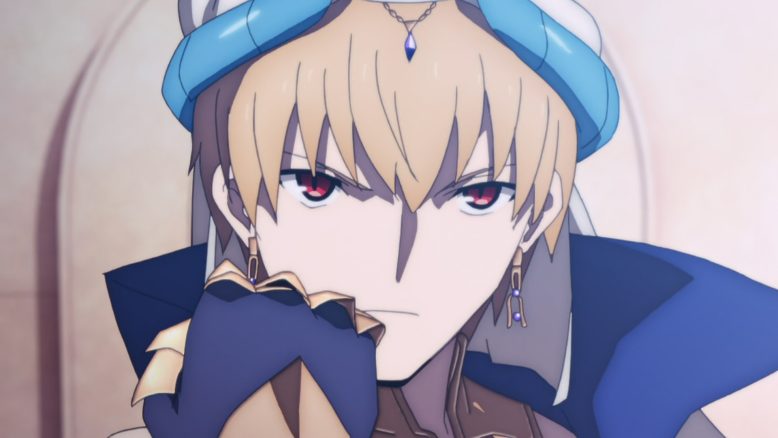 Where do you even start with this episode? The early portion was pretty well handled. We are easily getting in this series the best version of Gilgamesh you are ever going to see. He’s truly managed to mature into a true king for his people. But also a lot of credit to the people of Uruk. When dropped into an utterly hopeless situation it isn’t easy to stand up and keep going. But they did keep going and honestly went above and beyond. Without that much effort there wouldn’t have been anything to try and save.

It is also fair to try and turn things a bit more positive for Mash and Fujimaru. It is true that when you look at the numbers the loss of life has been horrible. But the reality is that a total massacre was easily on the table. It isn’t just that only 500 are left alive, but there are 500 people that wouldn’t have been alive otherwise. That’s an accomplishment and something worth continuing to struggle for. 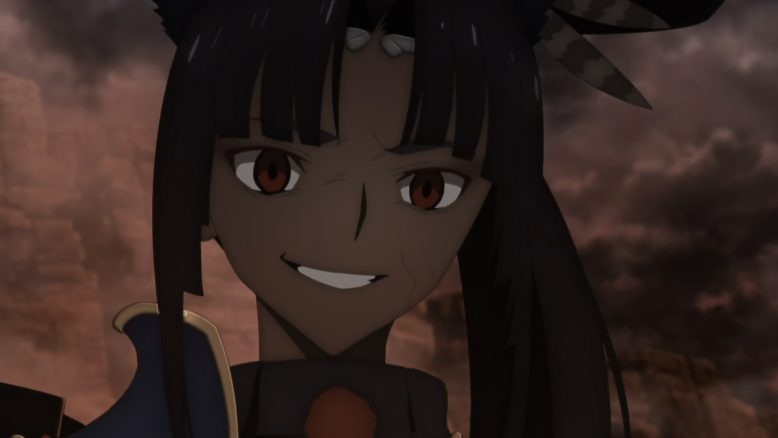 But this episode has so much more going on. The struggle against Tiamat was intense. And that got even more so when they threw the corrupted Ushiwakamaru into the mix. While it was a bit late, glad to see Benkei arriving on the scene to do his part. He didn’t last past this episode, but he did help the main cast have the time and space to take action. And it honestly it was the right time for him to arrive. If anyone should show up to deal with Ushiwaka then it was him. Of course there is a lot that could be covered just on that. The name drop of Hitachibou opens up a lot of discussion. Since he was one of Ushiwaka’s retainers who abandoned his comrades. He’s effectively wearing the name/title of Benkei despite his true identity being different. Just a lot to unpack there. 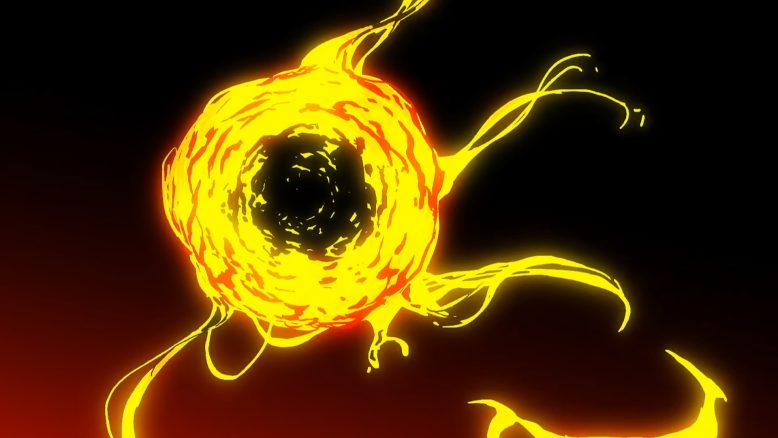 Quetzalcoatl got her moments to shine here! That was some pretty fantastic action through her noble phantasms being unleashed. The original plan of just turning the mud that Tiamat was using to move to magma was visually stunning. Tied in nicely to the sacrificial battle fought by Benkei. But beyond even that we saw her stepping up when Tiamat showed the cards she had up her sleeves. Truly that entity taking to the skies was a nightmarish scenario. With that she could fly to Uruk and on top of that she wouldn’t fall into the Underworld. So someone had to take action to try and change the situation. And Quetzalcoatl did just that. Of course it wasn’t a total win. Despite all her best efforts she could only really damage Tiamat. But that does at least give them some hope. 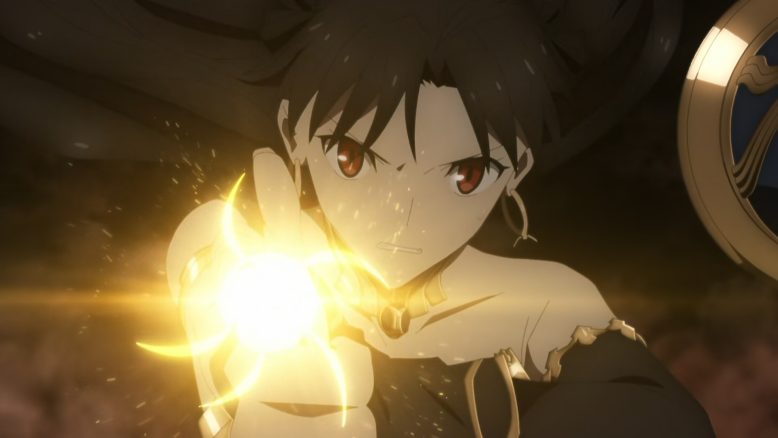 All of this ends with a pretty crazy arrival. The enemy they had brought down has returned. Not exactly the face the main cast would have been looking forward to seeing. They did everything to stop Gorgon and now she’s floating around. She’s floating in front of Tiamat so you never know where things might go, but it’s a tense moment for everyone. On top of that the end results of the interaction between Gilgamesh and Kingu remain uncertain. The guy casually kicking over his personal Holy Grail to restore Enkidu’s body. He’s bound to play some kind of role in whatever will result here. We’re set for a series of crazy episodes there is no doubt about that!