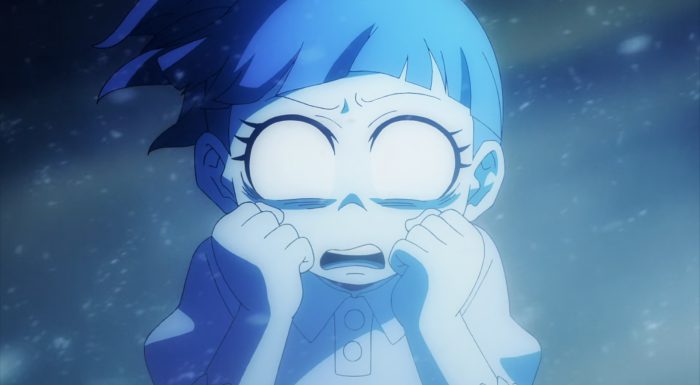 Well this mini-arc wrapped up easily enough and now we can move into the remainder of this fourth season. Not really sure how this will play out, but hopefully they can do something fun with it. This was just another pretty casual episode. I had a good time though watching various parts of it. It just doesn’t quite compare to some of the other shows I’m covering right now. But the shows are at different points. This is currently between different arcs while they are either heading into their climaxes or just picking up steam. 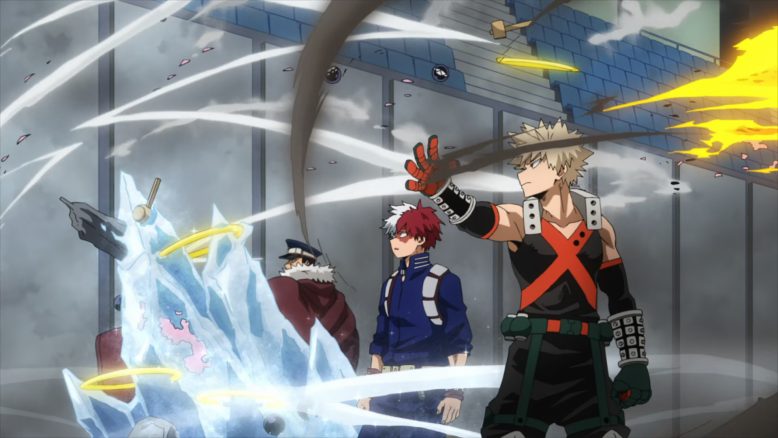 It was a pretty solid way to wrap things up with the crazy kids. Winning without breaking their spirits was the best option. Make the kids lose in a way that doesn’t let them even realize they lost. Right now their perspectives are utterly violent. But, this was a good chance to show how quirks can be used in amazingly fun ways. Heck, in some ways it is a nice nod to the entire audience too. This show focuses on the narrow perspective of heroes and their places in a society of people with powers. But there is a huge world beyond that where people are using quirks in completely non-violent ways. There are probably some wild entertainment industries that use quirks to take things up to another level. Now the test is up for the teacher. Continue to push the kids to use their quirks in proper ways. 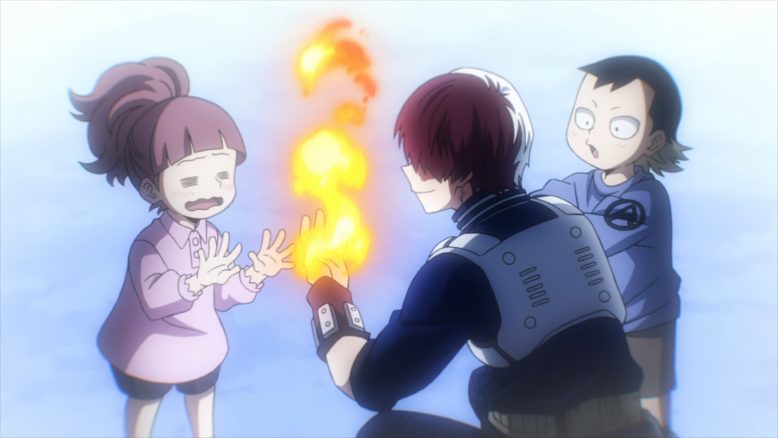 Minimal thoughts on the Endeavor stuff. I’m still not really onboard with attempts to redeem this guy. But, that’s the way we’re apparently going with it. For the sake of that setting it is probably for the best that Endeavor at least tries to better himself. Sadly the truth will do more harm than good. If it gets out that the current #1 hero has done the things he has done…it would further destabilize society. With the situation being like this, the only option is for him to at least be a better person. 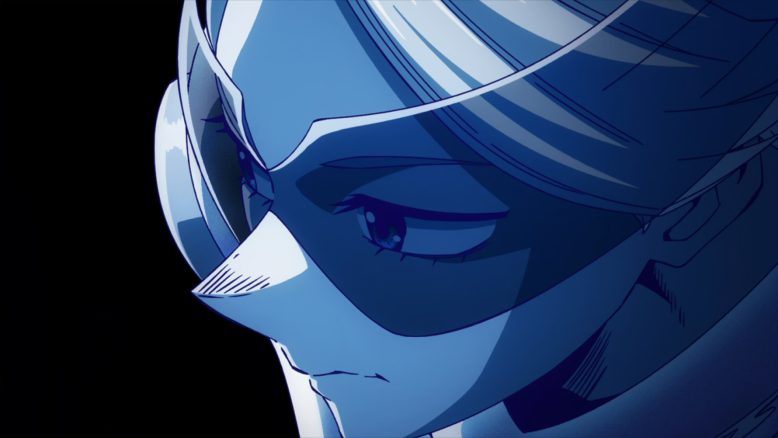 The Aoyama thing…was unusual. I mean it did end on a pretty decent note. It does fit him being a type that could empathize with others. This guy has always needed that belt. Being one of the few characters that received authorization to use a support item during the tournament arc when almost everyone else had to leave their costumes and items behind. It wouldn’t have been bad to show off more of this kind of empathy earlier than this episode. But at least I can see why he might connect with Deku. We have seen Deku’s body appear to not match his quirk and that leading to his own suffering. Obviously the truth is a bit more complex, but I can see Aoyama’s point of view.

Just too bad the whole thing was a bit weird leading up to that point. You could say it worked fine on a comedic level since Deku was freaking out. And maybe for a bit you could have a moment of “is something up with Aoyama?” But they did clear things up pretty fast. It just wasn’t that impactful for me since I don’t care that much about Aoyama as a character. 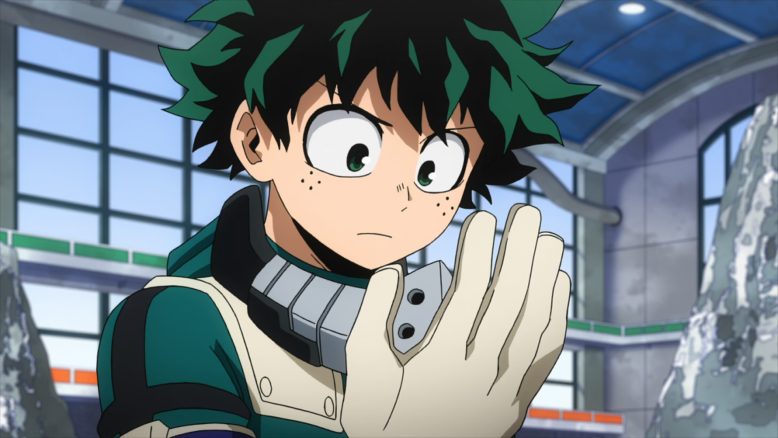 This episode was just ok. Which I suppose is a bit of a downer since I think this franchise overall is really good. But it wasn’t a total miss either. The message when dealing with the kids did work alright. It was good for those characters and for the story in general to note how quirks aren’t just things to be used to beat other people up. But now, I’m glad we’re heading into the next arc. Considering the OP has been teasing this for the last few episodes, it is about time to get into that. Fingers crossed it will be good and entertaining.