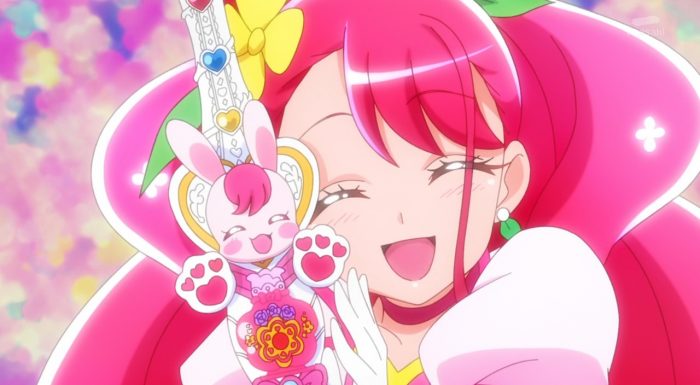 I have to say this first episode really caught my attention. The Precure franchise isn’t one that I’m exactly a super fan of. There’s been a few shows over the years that I’ve enjoyed watching and thought were quite good. I’ve also gone years without watching any of them and seen some that just didn’t work for me at all. But, I will say that the first episode for this new season has me pretty interested in seeing where things go. It did a very solid job of establishing the main character of this season (Nodoka), the stakes, the setting, and what we can expect from the show. And it did all this without making me rather concerned about how things might play out. 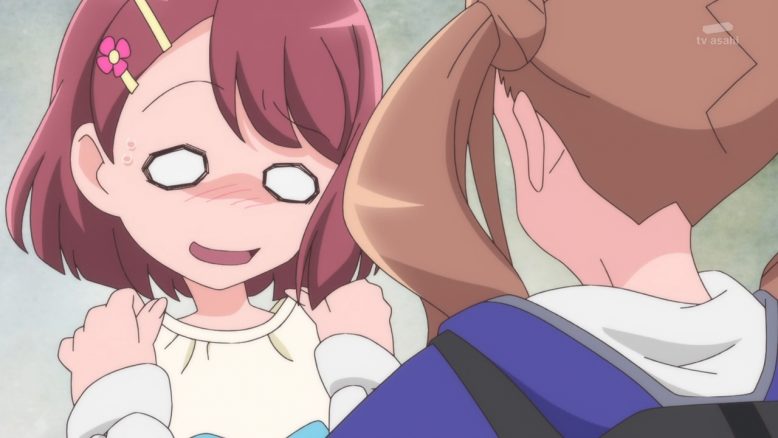 The main character of course was a major draw in this episode and it focused almost entirely on her. Nodoka is an interesting kind of protagonist. They were pretty quick to start hinting before straight up acknowledging that she hasn’t had the easiest road in life. It is somewhat fitting in a series all about health for the main character to have had serious health issues in her past. It seems very likely she’s spent a lot of time living in a hospital bed and not having the freedom to run, play, or do anything she wanted to do. And we see the results of her newfound health in this episode. She is all over the place in helping people and interacting. Because…she has the freedom to do that now.

Heck, her parents apparently moved to one of the healthiest places on the Earth for a reason. Everywhere Nodoka went on her walk she saw various medicinal stores, a beautiful park, and just a kind of health resort type of feel. This just feels like a place that is very focused on healthy living. 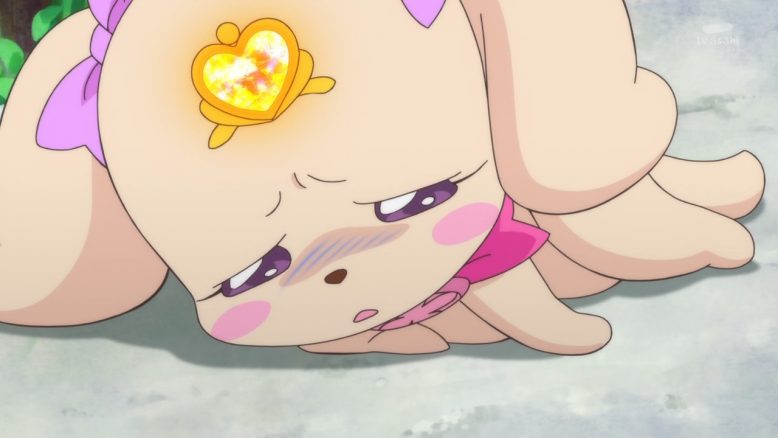 Maybe it is just me, but I was kind of impressed how this all just tied together nicely. Nodoka moved to this place for a reason. And there is also a reason this place is where the enemies of the show appeared. It is just a bastion of healthy living. If their goal is to effectively ‘infect the Earth’ then striking down the healthiest location makes a degree of sense. Of course attacking a weak point and building up from there is also a strategy, but it seems fine to go at the situation this way. So Nodoka kind of naturally ends up in a place where all the action is going to happen. 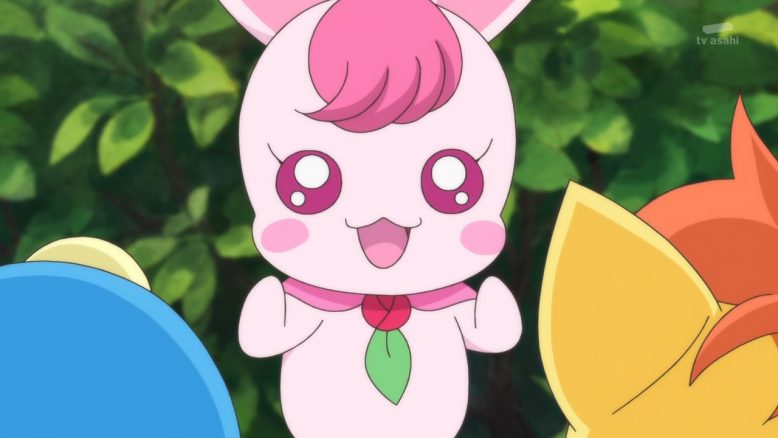 We even got a chance for Nodoka to meet up with her teammates for the season in quick order. Not involved meetings, but a nice first taste of what things are going to be like. They both have some definite energy and feel like healthy individuals even if they have different types of personalities. Didn’t need to go heavy into things this early. Just give us a small taste of what is to come and set things up for the future. That works fine by me.

A fair amount of focus on the faerie type allies in this show. They all have their own types of personalities, but all definitely care about what is going on. Not much to say about the Princess who is mostly just a dog without the various characters ‘listening’ to her heart and her true words. The rabbit is going to be a bundle of energy. Definitely an energetic type that may go too far at times, but so far so good. I like having them be part of the action as being part of the weaponry. They aren’t just floating around the fight, but are part of it. 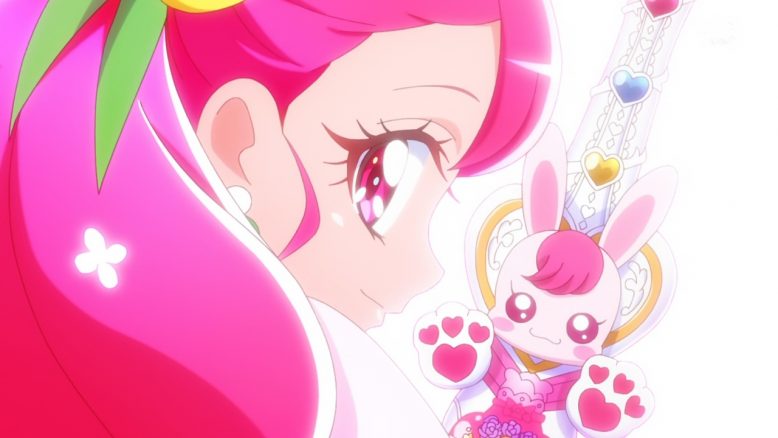 I enjoyed the action and had a really good time with this episode. The toxic and dangerous feeling from the enemies should make for a good dynamic with our main characters. Obviously it is a first episode and the test will be how things play out long term. But if they can keep a pretty nice feel to the fights then that will be a good step. The antagonists will be explored more as we go along, but first impressions were solid there. Now to see if the show can bring in the other two procure smoothly. There’s no way I have the chance to cover this show, but it did deserve a first look in my opinion.