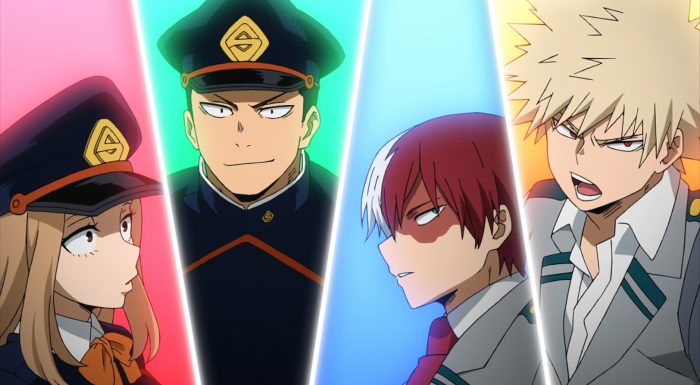 Well this episode was plenty of aftermath and setting up where we are going next. For the time being it seems we’ll shift focus at least for an episode to Todoroki and Bakugo. Which is fair considering they couldn’t be involved in the previous arc. The new opening did point pretty straight on to where the focus will be and the important characters. It seems like we’ll be dealing with a school festival type of arc, but considering it is a hero school the focus could be rather wild. And it also appears that Jiro will get some time to shine. That’s kind of nice since she’s been an interesting part of the background for a while. 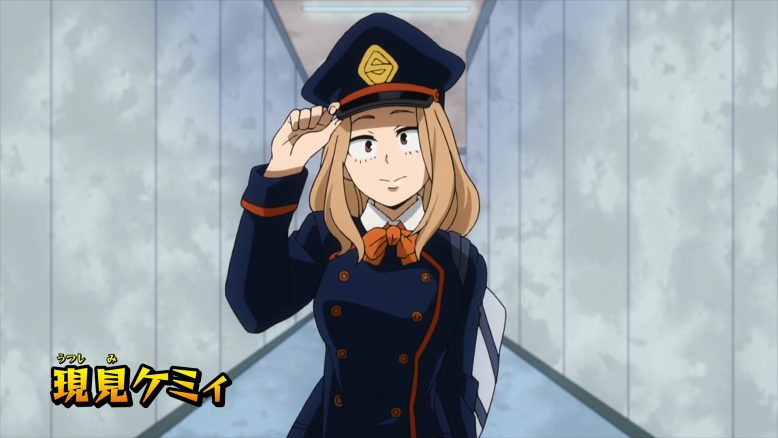 So…did during the police investigation Deku fail to note the presence of Toga and the likelihood of her impersonating the student Camie? I’d find it hard to believe that he didn’t piece it together considering the flashes of memory he had when facing off against Toga. Or was she just impersonated and not killed off and he did report that to the police? I honestly can’t recall if in the previous season they mentioned what even happened to her. Only that Toga was impersonating her at the time. So is that the real person or Toga? I guess it is probably Camie. Since I can’t imagine there is much benefit to sneaking Toga into a remedial course.

Must be rather tough for Camie if that is the real person. She’s left constantly having to be watched over since it’s entirely possible that Toga might still be impersonating her. But anyways, I guess not killing her off has some value. If you kill the person you can only impersonate them once successfully. But if they are still alive, then you can keep doing it and there will be hanging doubt. 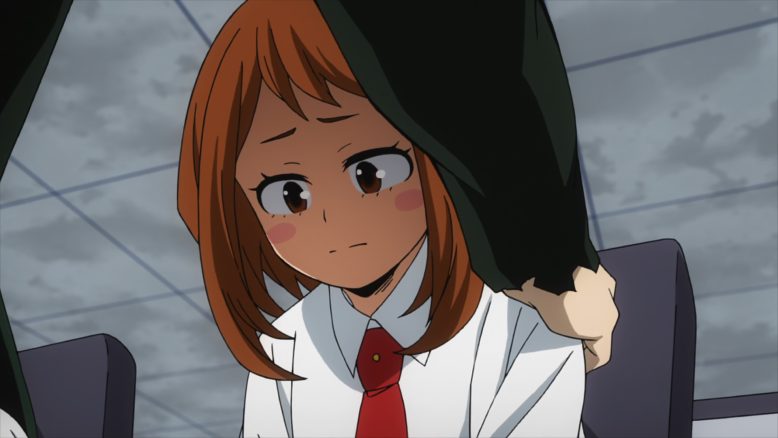 Anyways, I liked that some focus wasn’t just on how Deku felt after this incident. This is a good chance for an arc around Ochaco to develop over time. Everyone has their own weight from what happened here with Eri, Nighteye, and the whole incident. But Ochaco is the type that originally just wanted to be a rescue hero. Of course not being able to save people is a realistic result on occasion for that kind of career path. Regardless, having someone she carried out to safety end up dying in the end…that’s heavy. It’s something that directly hits Ochaco at her core and is something she’ll have to face and try to come to terms with. Hopefully she can carry that. She just needs to find a way to improve so she can save the people she sets out to save. 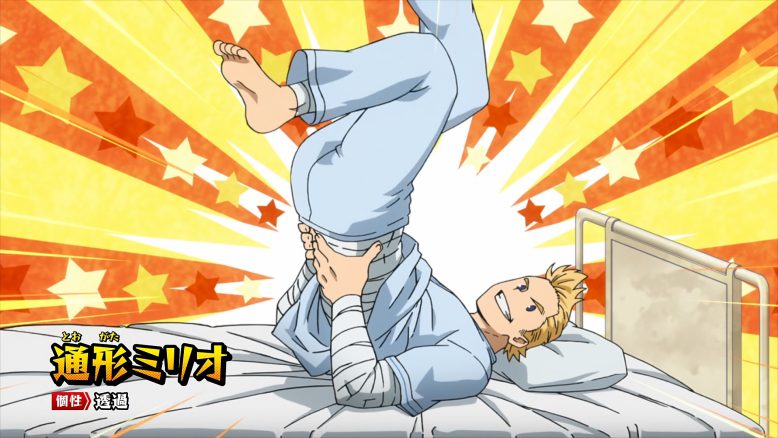 It is a long road ahead and could be quite some time before we see Mirio in action again. But at least he and the cast realize he’s not entirely out forever. It just means a bit of a hiatus until Eri can recover and control her power enough. I suppose in theory they could get a bit reckless too if they wanted. Just have her start to use her power and once Mirio can use his quirk, just shut it off with Aizawa’s quirk. But probably is best to help Eri learn to control her power rather than just needing a hard shutdown to happen each time. The road is still open to Mirio and the girl that was saved will be the key to opening it up. 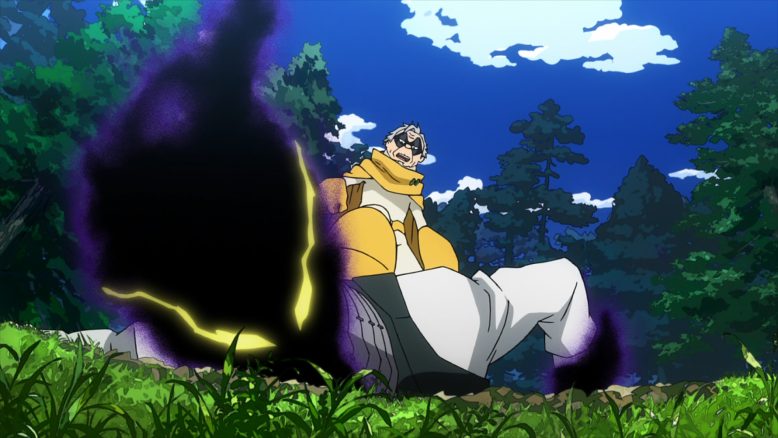 Also…there is more trouble on the horizon. I still say getting Kurogiri is a massive win. The terror that can be unleashed thanks to a warp guy is over the moon. I’d probably take the trade of capturing him instead of the mountain man. But it is definitely a tough call to make. Gigantomachia is a terror. He is expressly the kind of person that makes you wish All Might was still around. Who else could handle that kind of giant with that level of power? Sadly there may not be a lot of options.

If he does unite with Tomura that continues to fuel the power surge of the League. And the scary thing is naturally how they could get on a momentum swing. The more successes the League has the more people that will gravitate towards them. Right now they are a small but dangerous force. If they become a larger force…that just gets terrifying. 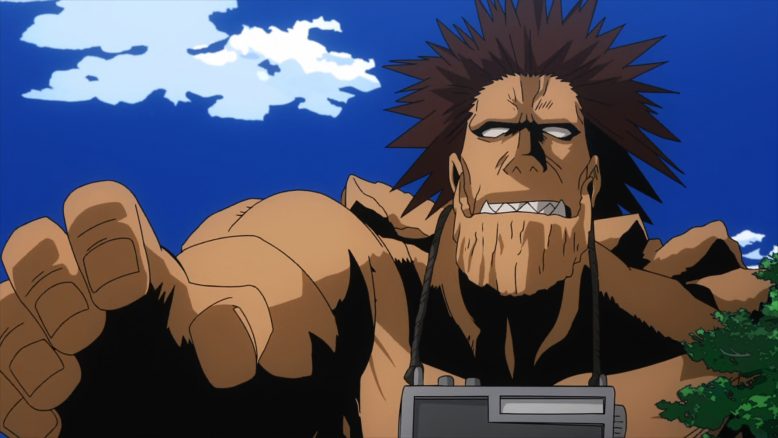 For now the focus goes to Todoroki and Bakugo. Honestly, I feel for All Might having to have a chat with Endeavor. But, I doubt he’s that confident about his position. At his core, Endeavor knows he only has this position because All Might retired. He hasn’t surpassed him or anything. Best of luck to the two guys though in clearing their course. They can’t really join the plot much until they pass the darn thing. I have no idea of course how Bakugo will manage it. His personality just is too darn extreme.