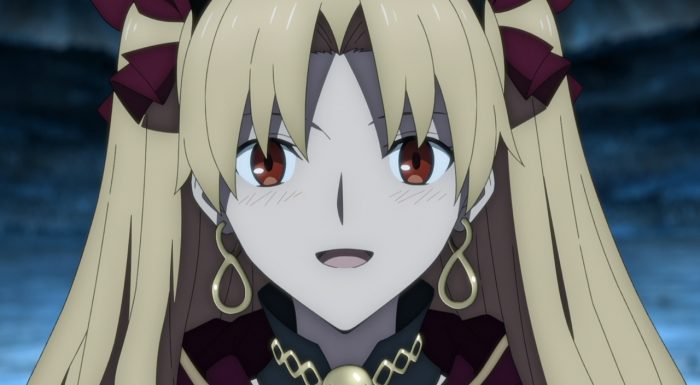 And here we go! Finally the full showdown with Ereshkigal was unleashed upon the world. This episode was entirely focused on the conflict with Ereshkigal and was a ton of fun. I can’t complain whatsoever about that combination. And neither can I really go against Fujimaru’s determined effort to really save Ereshkigal from herself. At no point was she really treated as an enemy they had to defeat. Not that they were in a great position to actually take her down since Gilgamesh’s offensive capabilities were a bit limited and Mash can really only defend. It was kind of a win/win scenario that they really needed to convince her to cooperate and align herself with them. 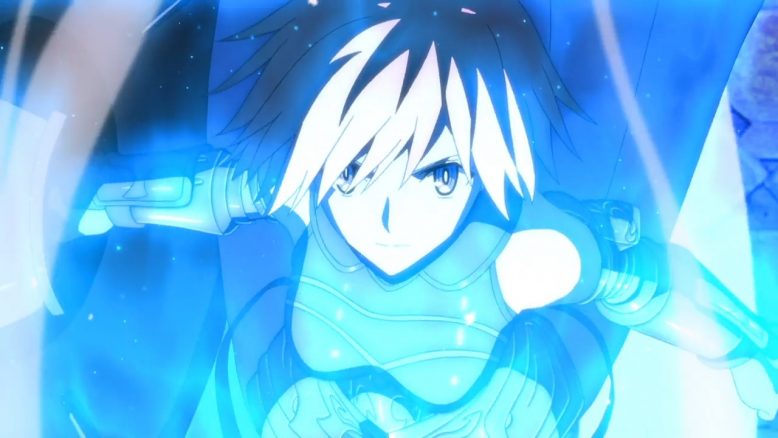 The action and visuals were a lot of fun. Can somewhat believe that they needed the time to get this done right. Just a lot of nice moments from Mash blocking major hits, Gilgamesh unleashing range attacks, and of course the big finale of Ereshkigal’s attack vs Mash’s Lord Camelot. It was a pretty perfect way to wrap up the fighting portion of this conflict. That defense is entirely related to the strength of her will and determination. With the fight in part being to challenge the resolve that Ereshkigal was presenting as her motivation, this was the best way to handle it. Mash was determined to walk the road she believed in and follow the desires that Fujimaru had presented. That just held up more versus Ereshkigal being a bit mixed up inside. She needed to lose here in order to truly move forward. 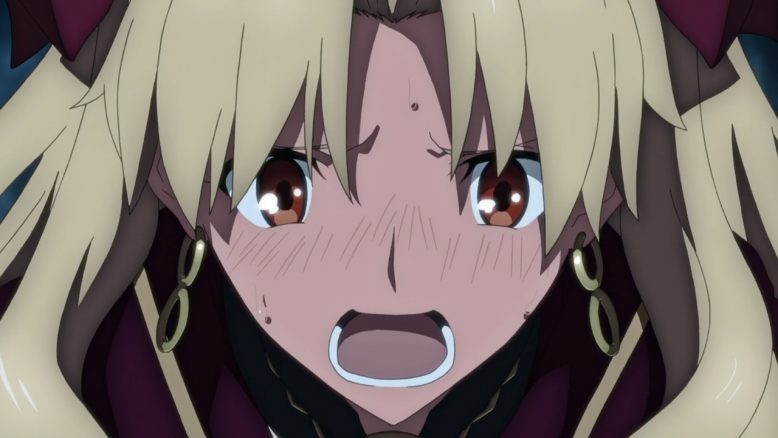 I am glad they took some time to cover exactly why they weren’t giving Ereshkigal open sympathy and praise. She did her job and upheld her duty. But it was a duty she didn’t really want. Instead of rejecting that duty and following her own desires she just kept doing it, suffering, and wanting some level of praise for suffering. So it makes sense that Fujimaru couldn’t commend her. To commend her pain would be insulting Ereshkigal and he likes her too much to do such a thing. What she really needed was to be given the offer to do something she actually wanted.

In her own way she wanted to protect the people of Uruk. By gathering their souls and containing them in her underworld they’d at least be secure in some means. While that end result isn’t exactly a positive one, it at least somewhat tied to her desires to help people. Therefore all that really needed to be offered to her was the chance to do something more productive. It’s a win/win situation for her anyways to go through it like this. She can try to save people in a way that doesn’t require their deaths and she can help support someone she considers a friend. 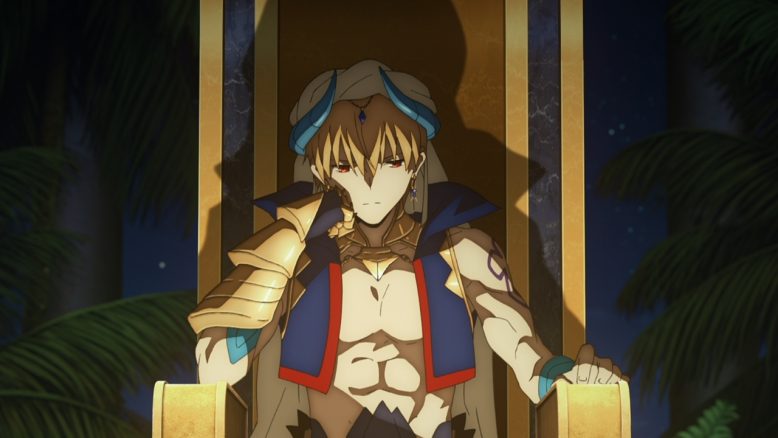 Now the whole Ereshkigal getting chopped thing was a bit intense! I do like as well that we got to see some good sides from Ishtar in that she went right onto the attack. If this guy had actually killed Ereshkigal he’d have the ability to kill a Goddess in her own domain. That’s probably not someone you want to attack. But, in the end Ishtar does care about Ereshkigal in her own way. So she went for it. Of course it wasn’t an attack that killed her. And it raises the questions of what kind of OP monster can cut Ereshkigal’s ties to the three goddess alliance, but oh well. It’s a good thing she’s still around since no doubt she’ll be useful down the road. And it gave her a win of being held by Fujimaru which was obviously a big positive for her.

There was of course also the bit of information dropped concerning Enkidu. Clearly his corpse was stolen and turned into this Kingu person. So it is effectively Enkidu’s body, but with someone else stuffed in there. Not exactly someone they can turn into an ally with any ease and likely to remain a foe going forward. I’m sure it was a sad bit of confirmation for Gilgamesh. His friend is well and truly gone. His soul destroyed and now his body being used for malicious purposes. I’m sure he had a bit of fun continuing to bicker with Ishtar, but that doesn’t quite make it a win for him. 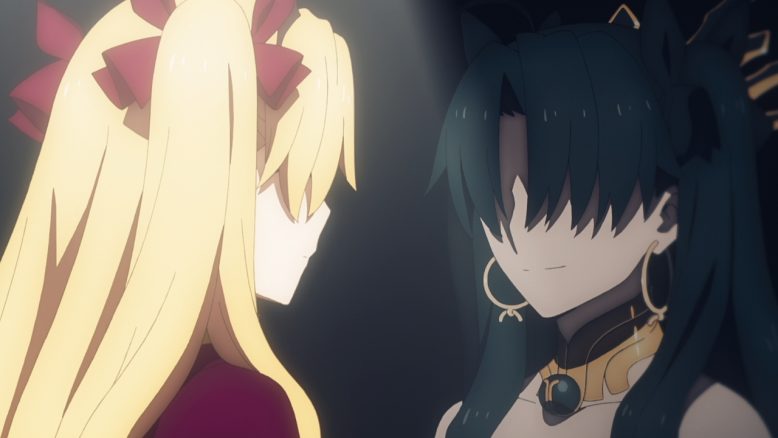 This was just a fun episode. Ereshkigal was purely precious and the action was really strong. She had her reasons for fighting like this and putting up a front. I still would have enjoyed seeing her fight in her regular body. But, I get why she went with the evil skeletal terror form. And it wasn’t as if we didn’t get plenty of regular Ereshkigal in this episode. When the episode ended I felt like most of it was the fight, but only really half of it was. The other half was them discussing things with Ereshkigal, covering Enkidu, and just setting up a promise for Ereshkigal to do something cool later to save Fujimaru in his time of need. Should have some fun times ahead.