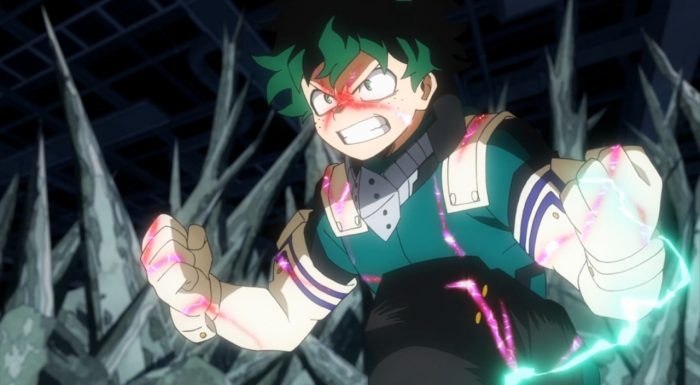 I’ll certainly give Overhaul some credit. He’s definitely gone all in on becoming a monstrous last boss for this arc. He may not be the most interesting antagonist we’ve seen, but he’s definitely bringing a high level of danger to the mix. We’ve got an impressive amount of serious injuries piling up. You’ve got Mirio seriously injured, Nighteye is seriously hurt, Kirishima is down, Fat Gum is exhausted, Aizawa is in a bad spot, and it just keeps going from there. Even Deku has taken some serious injuries and seems set for yet another dangerous situation. Hopefully he remembers that his arms can’t take this and he can’t afford to punch Chisaki when using One for All to that degree. And with all of that you have the League of Villains planning their own creepy objectives in the background. 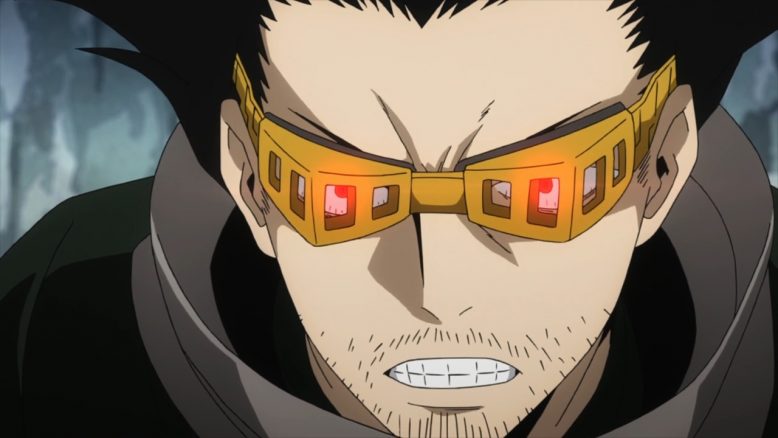 For the time being, I’m just going to presume that Twice and Toga are going after those bullets. If they want to piss off Overhaul then taking his prize would be pretty key. Beyond that I’ll pick a secondary option of them going to kill the boss that Overhaul is doing all this for. He is the one person that matters most to him so that would also be an effective ploy. It has to be one of those things.

But it isn’t just the League that is an issue right now. Eraser Head is in a bad spot and captured by one of Overhaul’s lackeys. Of course if this guy is really loyal then if Overhaul goes down then saving Aizawa should be possible. He is a good guy and I’d hate to see their teacher go down in this mission. At least he did his part in trying to protect his student. It is of course fitting that right after he is taken out of the picture we have Deku doing the reckless stuff that Aizawa was watching out for. If Deku goes too far and wrecks his body again…he’s going to get it later. He just can’t keep losing that trust. 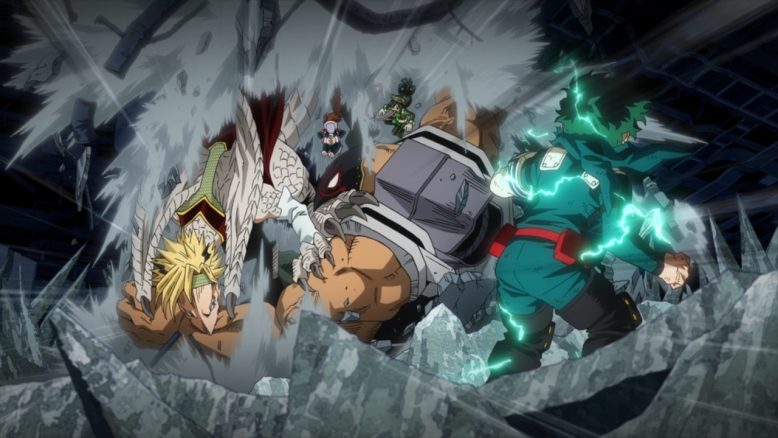 I was going to start asking again if Ochaco and Tsuyu were going to join this story at some point. But, there we go. There’s still a good chance they are left just taking care of the injured. But, it’d be nice if they did get involved in all this and given some real way to contribute. They did need some extra bodies to enter the picture. Aizawa is in trouble and needs help. Someone needs to keep an eye on Eri and it’s probably a good idea to give Deku some support. There’s a lot to do and one extra pro, along with a few helpful students should make a difference. 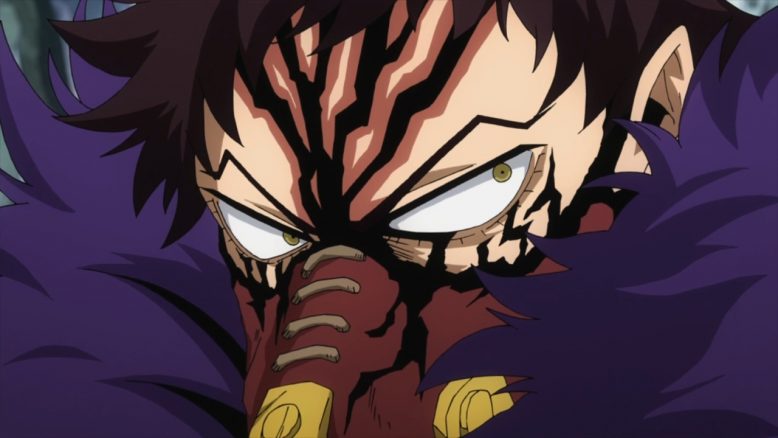 All the craziness going on does make me wonder what may happen with the aftermath. Are they going to be able to do anything about Lemillion? That’s sadly a question that will stick with me until this arc is over and we see where it finishes. But they’ve got a lot of interesting angles to tackle this with. You have someone like Overhaul that can break down and fix people and you’ve got Eri who is the source of this quirk destroying substance. Somehow I can’t think it is going to just end with everyone dying or eternally hospitalized. Nighteye is just wrecked right now and Lemillion’s condition is a given. There’s just a lot of damage going on here that I’m not sure can be simply dealt with minus some extreme results. Plus if Lemillion can’t bounce back from this, that’s going to further damage Eri’s psyche. 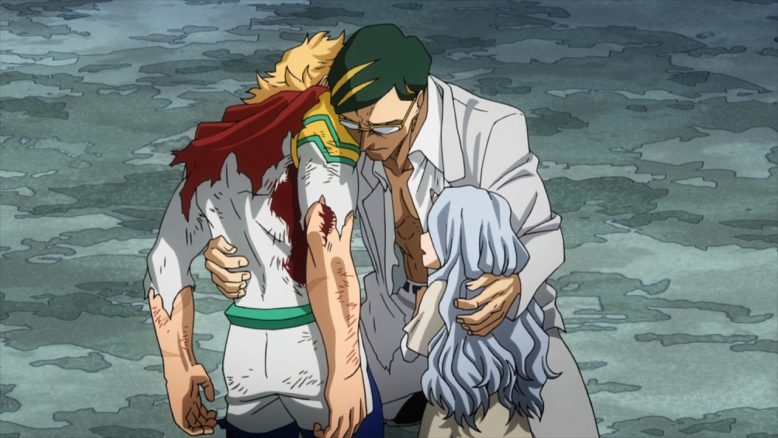 Regardless, we’ve got a good setup going on here. There are still a few players involved and some stakes to this fight. Deku is going to push himself and he has to manage to do that without hospitalization again. His arms can’t take it and he can’t be wrecking his legs every fight either. But this is a dicey situation. Overhaul is willing to do all sorts of horrific things for his objectives. And the psychological trauma of Eri is severe. He can keep her from getting away until it is proven that the heroes can take him down.

There are just layers at play here. And an important thing may be proving to Nighteye that the future isn’t locked in. Since if he’s right then there is no hope for All Might’s survival. But if Deku can persevere and maybe even have Lemillion recover from this devastating blow…that might convince him that this path is the right one to be on.