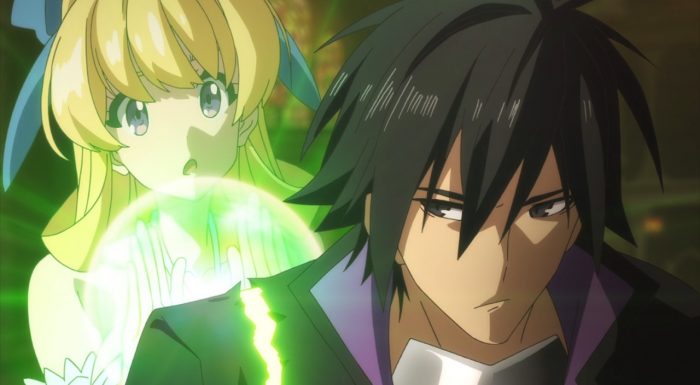 It is interesting to see which shows you love right out of the gate and which ones grow on you as they go along. Shinchou Yuusha or rather Cautious Hero: The Hero Is Overpowered but Overly Cautious, is one of the latter for me. It was a show I enjoyed casually when the first few episodes came out. I kept watching after all. But, it wasn’t really blowing me away as anything more than a decent comedy. But, as the show went along it did start to grow on me and by the end I was rather invested in the story and what was going on. I wanted to see how things were going to turn out. And the last few episodes utterly changed my perception of the story to that point and the early events. A kind of result that demanded a rewatch. 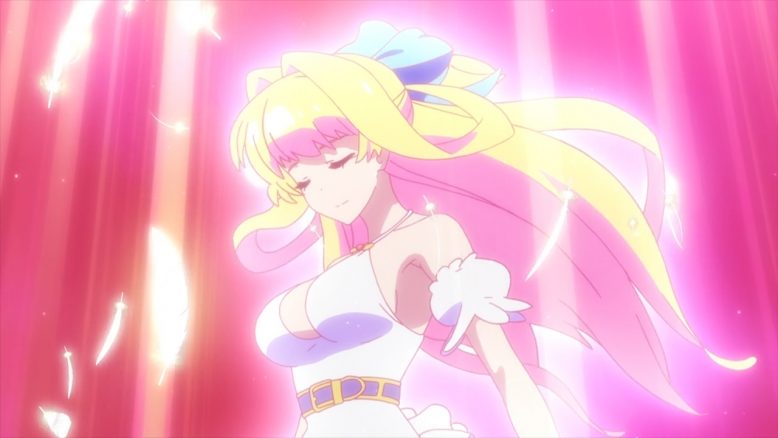 Story/Setting
This is another isekai to be sure. But, it does handle things in an interesting way. In part that is because of the nature of the main characters. Part of it though is just looking at this situation from the point of view of the gods/goddess handling the whole isekai business. They are actively choosing people to be summoned as heroes and intervening in the affairs of worlds that are on the road to destruction. A lot of time is spent in the Divine Realm where Rista (the main character goddess) lives. We get a good feel for the setup of that realm itself as well as the world Gaeabrande that Rista and her summoned hero Seiya are trying to save. This isn’t the kind of isekai where the main character gets dropped into a world with little explanation or information about who is responsible for it.

Early on the story is pretty heavy on both the comedy and the danger levels. Seiya as the title would imply is a super cautious hero. But, he’s pretty right to be super cautious since the enemies coming at him are very abnormal. This isn’t the kind of setup where the Demon Lord sits back and doesn’t remotely threaten the hero until they have become strong enough to be a real threat. Be it the Demon Lord or his lackeys, they are all strong, careful, and ruthless. We get a lot of comedy within the main cast and their responses to Seiya’s incredible levels of power and caution. But that is seen alongside very dangerous situations where a normal isekai protagonist would likely be dead. 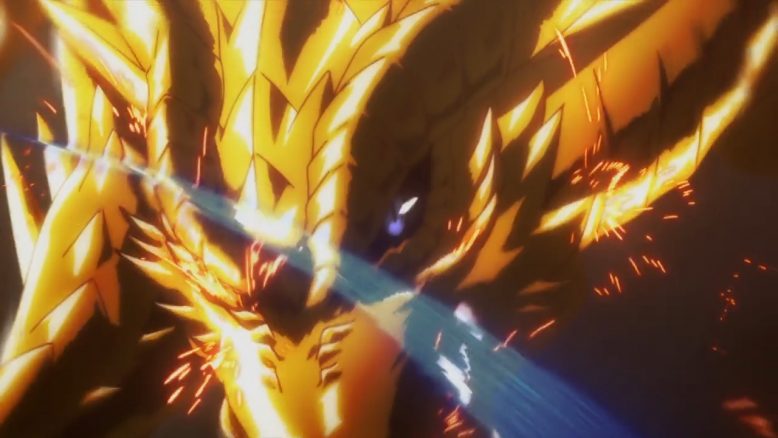 It would be easy with this kind of show to get exhausted with the comedy since a lot of it involves Seiya being pretty ruthless to his enemy and in some ways his allies. But, the further we went into the story the more I grew to understand Seiya and the characters around him. In getting to see the situation unfold I had to stop and re-examine the story to that point and look at it in a new way. And the story did a good job making me care about what was going on here. Little hints let me see there was more to it than I was originally seeing. And the last few episodes were extremely intense and emotional. I was totally pulled in and needing to see how this story was going to play out.

A positive and negative is that I really need a second season from this. The show ends in a way that is pretty strong and emotional, but leaves me wanting more. This isn’t the kind of ending that I can just walk away from and say “well that’s a fine stopping point.” It is a stopping point, but one that certainly needs to be picked up later. And I think the story’s effectiveness will depend on how the comedy lands. The comedy and laughs are there throughout (though in some places more than others). So if it doesn’t land at all and you just get annoyed with Seiya’s approach to things…you just won’t make it to the end of the show. 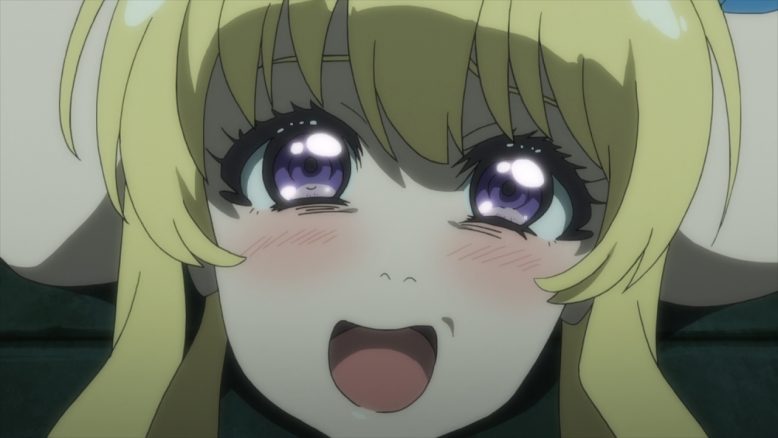 Characters
There are two real main characters in this story and a fair number of supporting characters around them. It only seems appropriate to start off with the character the story starts with. Ristarte is a relatively young goddess that is tasked with saving Gaeabrande. She’s done decent work in saving a few worlds from destruction which is something. But now she’s given the task of saving a pretty hardcore level world (Rank S). She’s a pretty entertaining character in that she does freak out about things, is a pretty serious weirdo, sometimes a pervert, and yet she has a good heart. Rista balances things out a bit. You have a very extreme personality in Seiya going one way, so naturally she pulls in the other direction. There’s a happy medium between caution and recklessness. Rista is pretty out there herself, but she does have a pretty steady moral compass.

She easily gets some of the best emotional scenes in the story. While Rista has some solid healing powers she can only do so much. So any time she is left feeling helpless, it does make you care about what is going on. While Rista never loses her more comedic personality traits, she does mature in different ways. Just ended up being one of my favorite parts of the show thanks to her likability and flaws that made any comedic suffering she endured acceptable. 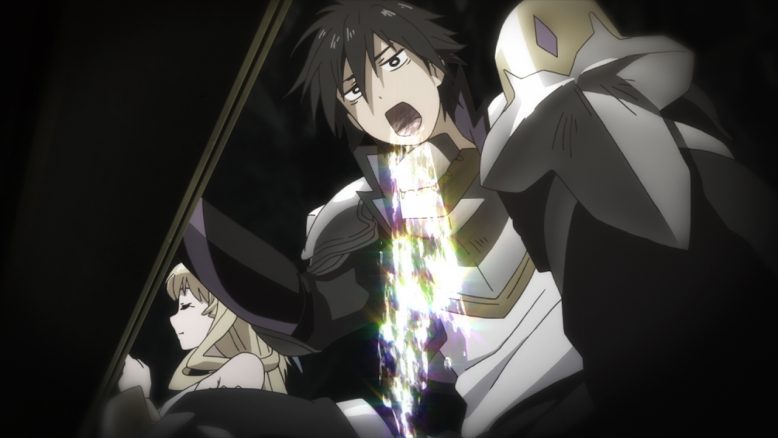 Of course I have to discuss the other main character of this story. Ryuuguuin Seiya is one extreme individual and that is clear from the first moments we meet him. This guy takes caution to the extreme and is completely willing to abuse every advantage he has. We don’t have a hero here that jumps into danger without thought and just blissfully ignores ways he could gain advantages. He is fully willing to make good use of the divine realm he has access to, the resources of the various deities, and the chance to train until he’s as prepared as possible. Until he reaches a point that he can say he’s “ready perfectly” to progress he’s not going anywhere. This is a guy who will buy thousands of vials of holy water if he can because he might need them.

And yet for all his extreme qualities, he’s often right to be that careful. He’s getting into a world that is extremely dangerous with enemies that are far more cunning than the average isekai villain. A normal hero would die. And the show does cover what kind of person he is underneath that extreme caution and doesn’t just leave his whole identity as a big unknown. He is a character that may bother people though. He doesn’t mince words with people and sometimes can go too far. I think he does get more likable as you understand him better, but he won’t hesitate to turn people away or put up walls between him and his allies. A guy always at the center of things though. 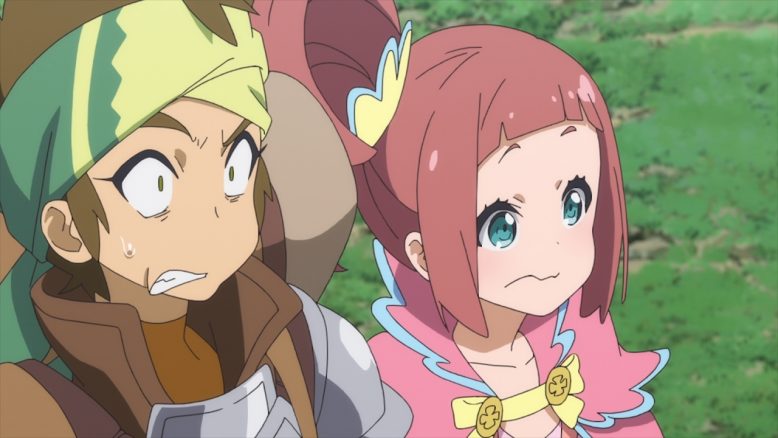 The various support characters have their moments. Aria is a lovely goddess and good friend for Rista to have. Mash and Elulu have their moments as the allies Seiya picks up along his journey. And we meet a ton of deities in the divine realm that all have their own quirks and entertainment value. Nothing taken away either from the antagonists. Some are allowed to have more personality than others. But if nothing else their careful natures make them quite dangerous enemies. These people feel dangerous. Even if Seiya makes sure he’s prepared for dangerous situations, other people aren’t going to be as prepared or powerful as him. There is plenty of danger to be found. The supporting cast is pretty good at either posting a threat, creating drama, or adding a touch of comedy to events. While the main characters are key, the supporting cast is solid. 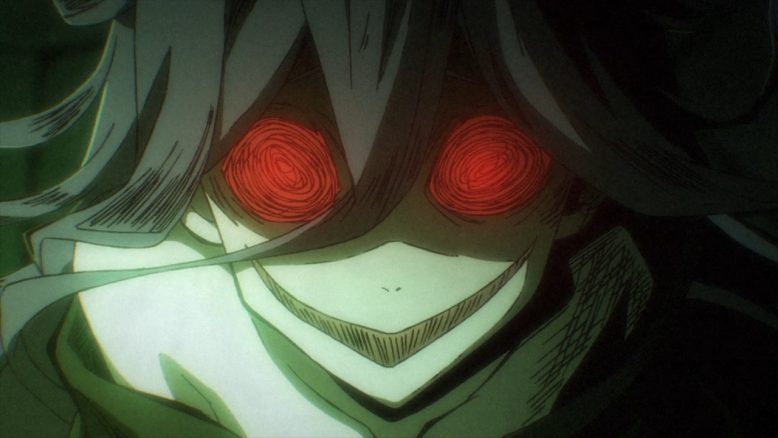 Visuals/Audio
This is a bit of a mixed bag for me. There are times it does actually look pretty darn good. The action scenes and the effects on magical abilities have enough flash to them. But they do go to the level of letting the visuals get a bit deformed for the sake of comedy which can work well or not so much depending on the person. I’d say the highs and lows of the visuals are an intentional choice. While this show can get very serious when it wants to, overall it is a show that parodies the usual isekai formula and has a fair amount of comedy. It just isn’t going to blow you away visually like a FGO: Babylonia or a Boku no Hero Academia. In some ways I’d say it is like Konosuba that knows when to spend the budget and when it doesn’t have to.

The voice work is pretty strong. I’d easily say the best work is done by Toyosaki Aki who is voicing Rista. She manages to handle being the voice of reason, a ridiculous pervert, and a good person as is necessary. Rista really is the central figure and if she doesn’t work then the show doesn’t. Umehara Yuuichirou does good work as Seiya though. He manages to keep him a pretty cool person while also letting him totally take verbal shots at his allies as necessary. The OP/ED isn’t the strongest for this show. The songs aren’t bad, but they aren’t really good either. Some shows I’m willing to listen/watch the OP/ED each time and this just wasn’t one of those cases. 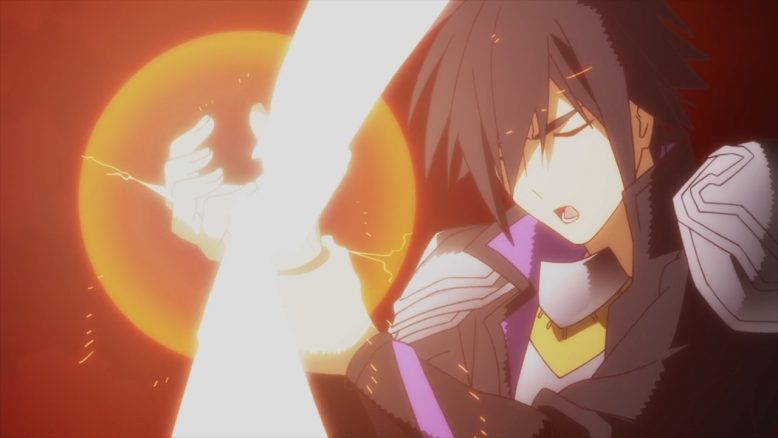 Final Thoughts
Honestly, this is a good show. It starts out feeling like one kind of show and steadily matures along the way. If you want some serious moments, you’ll get them before the end. If you want some laughs there will be those too. The key to whether this show will work or not comes down to Rista and Seiya. If you don’t like them then the show doesn’t work, but if you do then it will be pretty good.

We’re looking at an isekai that does change things up a bit and fully plays around with the concept of an incredibly cautious hero. One nice thing is that the show does wrap up a full story arc. The downside is that it does leave things with a second season being pretty essential. It’s such an emotional finale, that I don’t feel satisfied with the future being uncertain. A mixed bag that could be seen as a positive or negative. I will say this show is a very solid B+. It didn’t reach such high levels that I’d place it in the A level. But, it did a lot of things well and finished on a high note. And a show that can make me want to rewatch earlier episodes with fresh eyes is a show worth giving praise to.