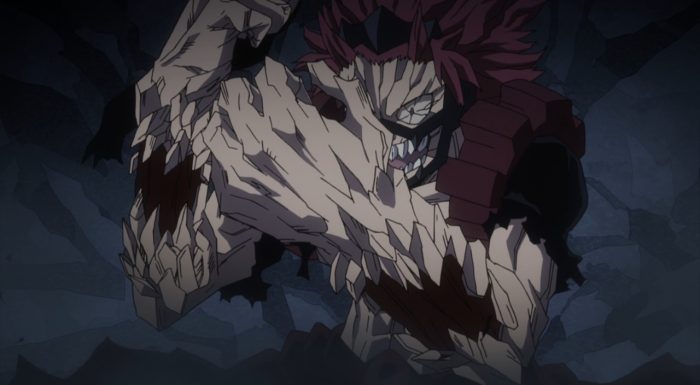 Another absolutely intense episode from this franchise as this season really is hitting full stride now. You kind of figured that we’d see more focus on Kirishima since an earlier episode introduced what he’s currently dealing with. So it was a good time to jump right into his personal drama and fully explore what was only hinted at earlier. It is kind of interesting to see how Kirishima started out as someone with good ideals, but who struggled to execute them. That drawn in comparison to Mina who didn’t need to knock people around, but rather was bold enough to take the proper action. Whether it was getting the bullied and bullies to fool around or to simply direct a criminal right to the police station. A wild charge like Deku went with in the first episodes of the franchise isn’t the only way to be effective. 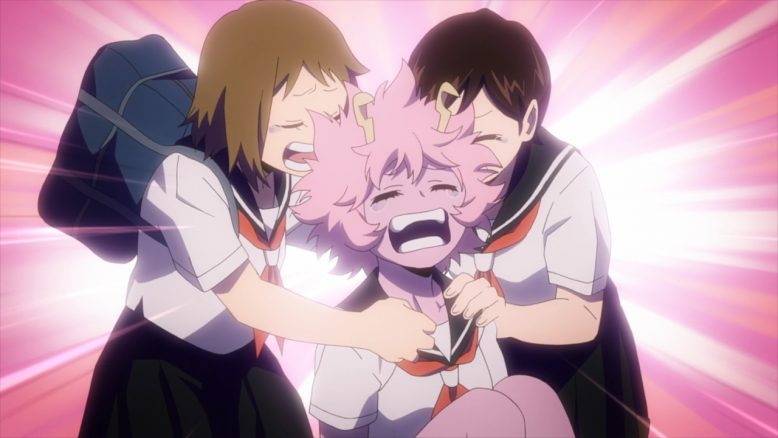 It’s still a bit weird that we’re getting some of Mina’s best moments in an arc that she’s not part of. You normally would think a character would get more focus in arcs that they participate in. But here we get a good feel for her personality purely through Kirishima’s backstory. I do hope though this doesn’t mean that Mina won’t get her own character moments in the future. Be kind of unfortunate to have her character moments only come in someone else’s backstory. All the more so since she’s had a rather tough time of it such as the exam fail when up against the Principal. Still, I do like tying different characters together since it does build up a nice connection between Kirishima and Mina. 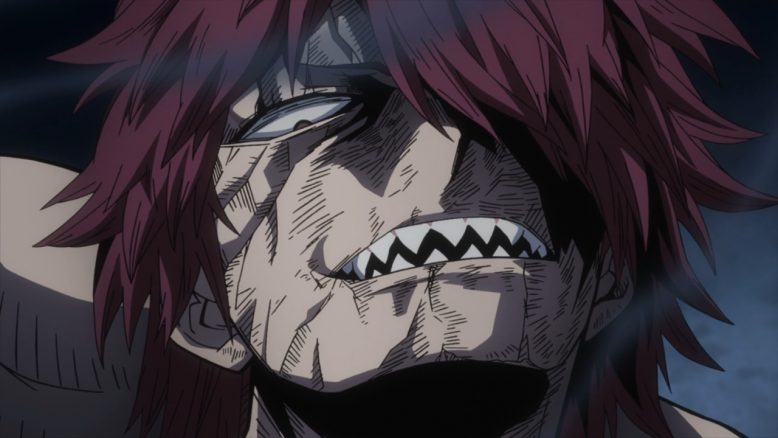 And yeah, this was a great chance to see Kirishima mature and grow. His big focus is being tough and sturdy. And opponent strong enough to bust through that defense instantly would naturally shake him up. Like a fast character getting blown away in a race, that kind of shock is cutting. And it does build up nicely to his personal crisis. It is also kind of appreciated seeing characters that have other inspirations. Obviously All Might was the pillar of their society so the majority of people will look to him as their favorite hero. But even if we never meet Crimson Riot, his influence on Kirishima’s life is obvious. Also I kind of like that he dyed his hair not only for a fresh start in high school, but also to further line up with his idol.

Everyone has moments that define them and that encounter on the streets really shaped Kirishima. He couldn’t forgive himself for being too afraid to act. Maybe there wasn’t anything he could really do and it’s natural to be scared of a hulking villain like that. But, he had his own dreams and inaction truly shook him up. All the more so in seeing Mina resolve the situation. Not through being powerful or even using her quirk. She simply took action, resolved a crisis, and then let the shock of it hit her. I was certainly proud of Kirishima stepping up when he did here. Even if he had little in terms of a plan, he simply did everything he could. He’s got a long way to go to hit his peak of power. But, this was an important moment of gathering his courage and stepping forward. 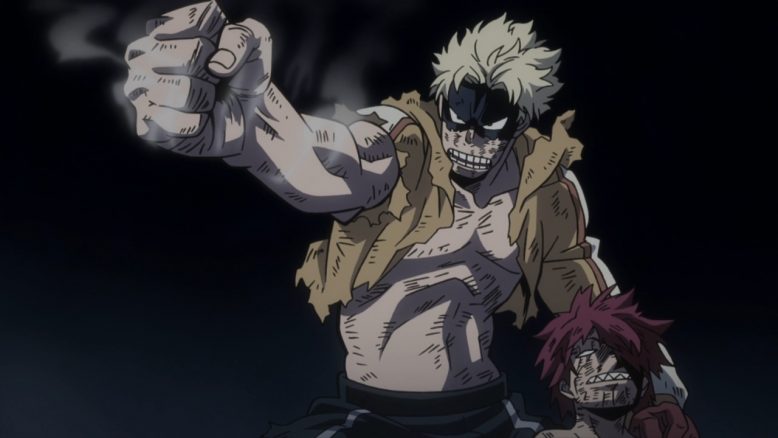 Props as well to Fat Gum. We’ve certainly picked up that he’s a very emotion-driven guy. But he showed his courage and also his intelligence. Eraser Head being seen as a major threat makes sense. His ability to shut down quirks could make Overhaul vulnerable along with really any of their members. There is a reason they are weaponizing Eri like this. The power to destroy or shut down a person’s quirk is massive. And Fat knew that the best chance of dealing with someone that can manipulate the terrain like that is Eraser’s quirk. Turn that off and he just becomes a normal guy that the heroes and police can take down. That quick decision-making to take the hit for Aizawa likely makes a massive difference going forward.

And that’s to say nothing from his big finishing move. You can easily just treat him like a shield and the villains did so here. You see a big guy that can absorb impacts into his body and figure he’s just a big shield. But I love that he has as a pro found a way to turn his defensive quirk into something for attack. It was a risky move, but he absorbed all those hits and turned them into the power to break through the opponent’s barrier. He’s not only an emotional guy that follows his heart. Fat Gum is also a smart hero that uses his head to overcome difficult situations. This is very much someone that Kirishima who isn’t often the smartest hero can learn from. 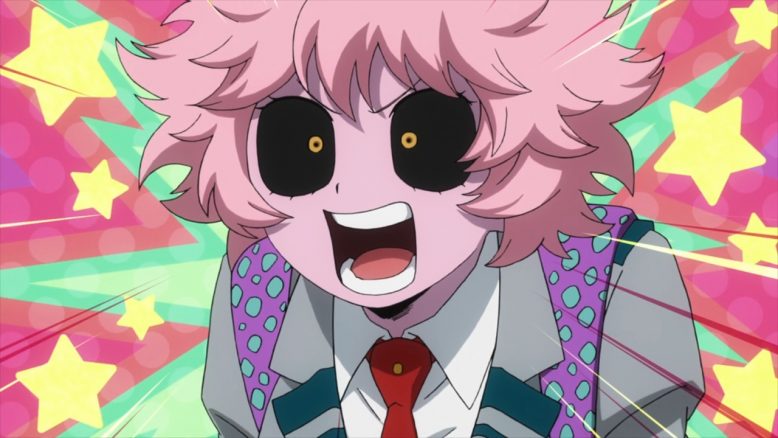 This episode was awesome and a great moment. Kirishima really stepped up here and found himself. Naming the episode after Red Riot was appropriate. While his last fight was an important moment, this one was where he truly became a hero. It was a small role in the bigger picture. He simply took a few hits for Fat and bought only a bit of time. But that was enough. That was the difference between winning and losing the fight. Of course now the two of them are utterly exhausted. They have managed through the Fat agency to shut down 5 of the 8 bullets. That’s pretty darn impressive. Of course the number of attackers has been whittled down too. But at least there are fewer enemies between them and Eri. And the fight to rescue her is still on.