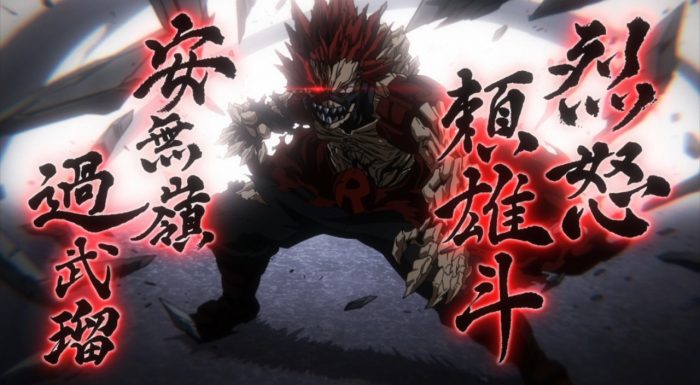 This was a big episode for Red Riot. While the whole episode wasn’t about Kirishima, this was definitely one of his biggest moments in the show. We got a chance to delve into his past briefly and see him step up. I can definitely see how he’d feel a bit lost and unsure about himself when looking at some of his classmates. His quirk is simple, but powerful. It doesn’t however let him fly, move with agility or launch crazy distance attacks. He’s just really durable. But he stepped up big time here and realized what he can do. Kirishima can become an absolute wall that protects others and someone you can’t bring down before he brings you down with a solid hit. 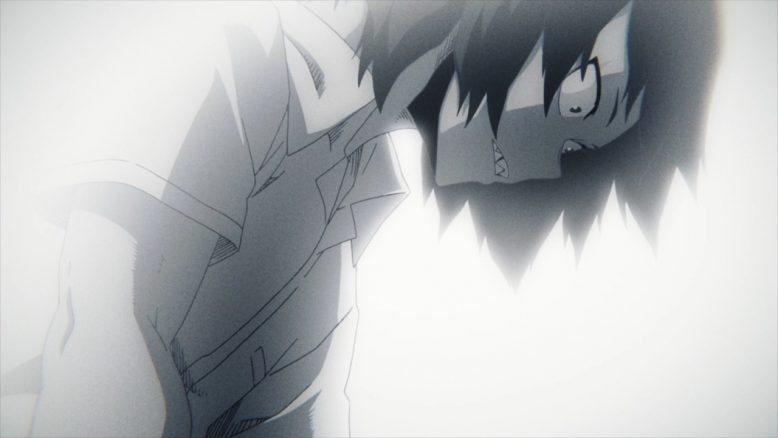 I’ve got to say that one of the most interesting parts of this episode was that brief flashback. Up to this point I wasn’t aware that Kirishima and Mina had a past connection. It isn’t unbelievable of course that some of the main cast went to the same school besides Deku and Bakugo. But even beyond that was the moment where Kirishima froze and Mina did the whole “my body moved before I thought” that before was brought up about Deku in the sludge villain incident. You wouldn’t have thought that Kirishima would be the type to hesitate. But of course everyone is different and it makes some sense. I could easily believe him wanting to overcome his past by being more aggressive and throwing himself into incidents. Hopefully we both see more of that flashback and it means that Mina will get some character focus sooner or later. 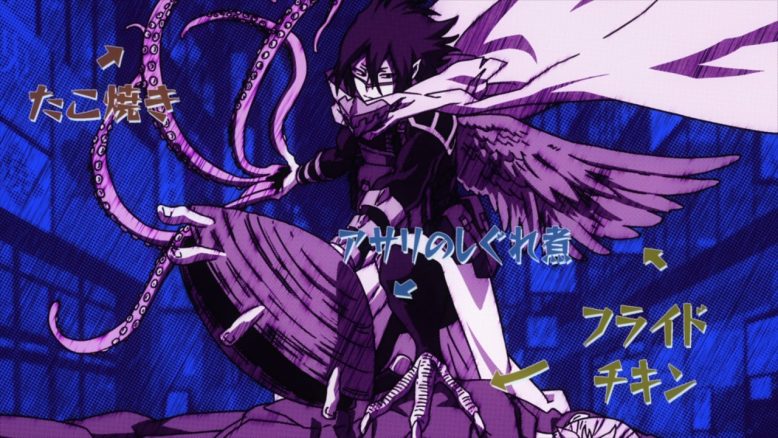 This is the age of drugs for this show. A combo package of bullets that erase quirks and drugs that can boost them. The latter alone is a huge issue, but one that makes sense. Of course in a world with superhuman abilities people would look for ways to power up quirks for good…or mostly for ill. The former is still a massive threat. The ability to effectively fire around Aizawa’s quirk is pretty crazy. All the more so since it seems to last for a decent amount of time and isn’t nearly as limited as requiring eye contact. It is also a rather scary thing. Quirks are the basis for just about every pro hero. Their training, skills, and tactics are all based around them. If you take that away they suddenly have to face off against any number of situations without that. This is a serious incident. 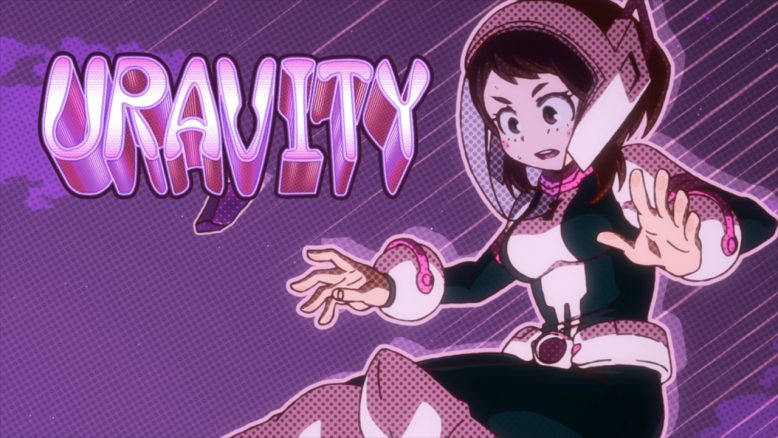 It was nice of course to see little snippets of what others are up to. I’d love to see a bit more of Ochaco and Tsuyu doing their thing. These two really have started teaming up fairly often. Normally I wouldn’t say frog powers and gravity naturally line up together, but they are making it work. The story seems to be moving right into this investigation, but I would like to see more of these two doing their own intern work. At least they seem to be involved in this arc. Having them also be scouted by one of the “Big Three” of their school does allow them to stay near the main plot where Deku will naturally be involved.

The other two besides Mirio of the Big Three have their interesting sides. But I wouldn’t say either has stood out either beyond their respective odd qualities. Amajiki is super negative and doesn’t have much confidence. Now I can somewhat understand the feeling, but too much risks making him a one-note character. The same with Nejire who is also…a bit weird. I’m still trying to get a feel for her besides the fact that she’s just rather odd. 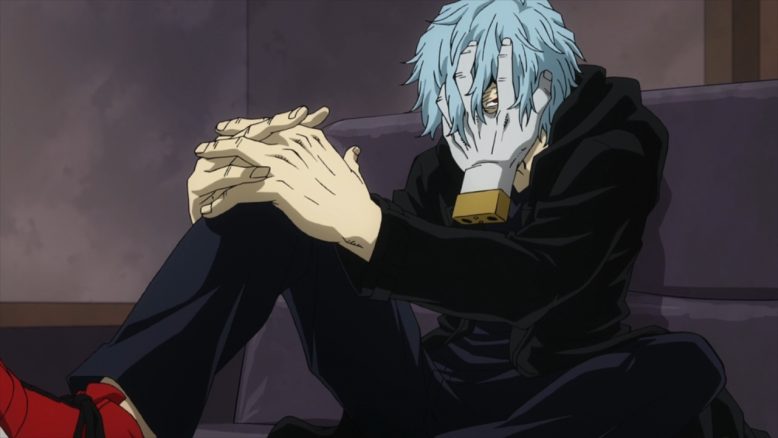 This week we got another really solid episode. It was a blast seeing Kirishima step up and really go all out. He was pushed back against a serious threat and found a way to persevere. All the praise Red Riot got after this incident was well earned. Those people were protected thanks to Kirishima not backing off or letting himself be intimidated. As a fight it wasn’t too complicated considering the situation. But it was plenty entertaining. The potential alliance between Overhaul and the League of Villains is rather worrisome. These two groups hardly are about to get along. But, if they can even cooperate a bit in their plans then it could get rather dangerous for every good person in the show.