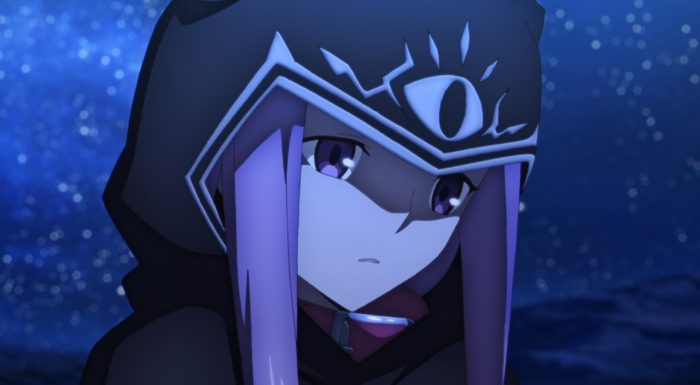 Well things got even more serious in a hurry. I’d say it just got serious, but frankly this situation has been pretty dire from the beginning. There are just times when it doesn’t seem like that. But here we saw a city get massacred (or captured to be massacred later), Ana seriously injured, and a freaking giant monster just emerged. Things are not good in the slightest. After all, Enkidu is still hanging around too which makes this an insanely bad position. Mash will put up the best fight she can. But asking her to stand against even one of those two is asking a lot. Either defeating this monster or escaping will both be difficult tasks. It doesn’t seem like attacking is the best plan though. They don’t have enough firepower servants with them. Ana is one of the best attacking options they have at present and she’s down. 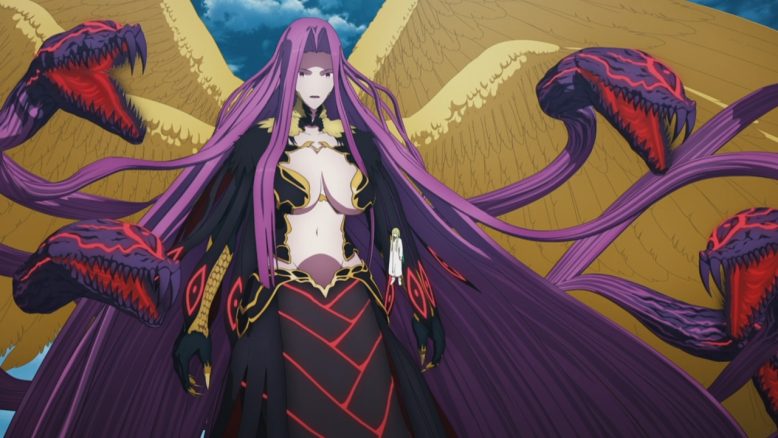 I’m not sure how seriously we should take Enkidu’s words. It is believable that they weren’t making every attempt to break down the wall until they achieved this “second generation demonic beasts” phase. But, I’m not sure they weren’t going for the win on some level. The wall only held up thanks to incredible efforts by the soldiers, summoned servants, and Gilgamesh letting Leonidas handle firing his treasures through canons on the walls. I think the main effort to breach the wall was waiting on that second generation. That seems believable enough to me. But, I do wonder if they could breach the wall without it. I guess if this giant monster and Enkidu attacked at the same time it might be rather difficult to hold out. But Enkidu doesn’t seem eager to have this ‘mother’ of his take the front lines. 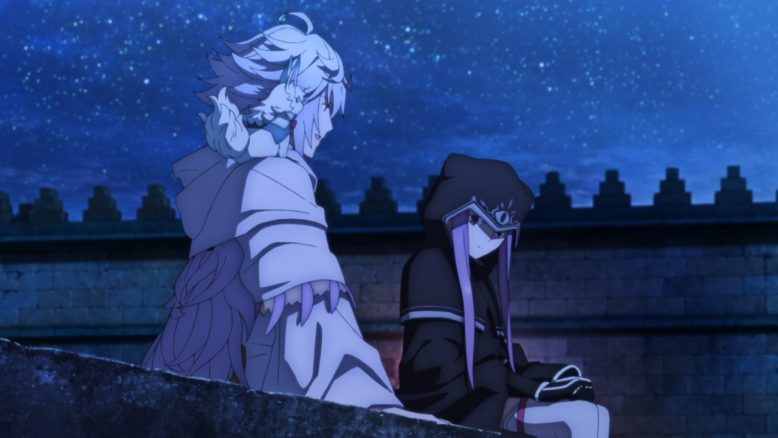 The chat with Merlin and Ana leaves me a bit mixed. I don’t think it is a necessity to tell Ritsuka everything. He’s going to accept and walk this path with Ana there regardless. But, I don’t think it hurts anything really to tell him either. Maybe it is all about keeping things close to the vest until the last moment. Whatever Ana’s secret is, it could very well be that critical. Perhaps whatever her goals are wouldn’t be met if her identity is exposed. But, I do wish she had the chance to speak more and be honest with Ritsuka and Mash.

Of course it just comes down to a discussion about the place of non-humans fighting alongside humanity. Merlin and Ana aren’t exactly people. So maybe keeping some things quiet is important. The discussion about Merlin’s emotions were interesting no doubt. In a sense he can be so ridiculous because of what he is and how he ‘handles’ his own emotions. And I can sympathize with Ana. She doesn’t hate people, but she is afraid of them. People can speculate on who Ana really is and take into consideration from that just where her fears come from. But the reality is she keeps her guard up and doesn’t want to be rejected. 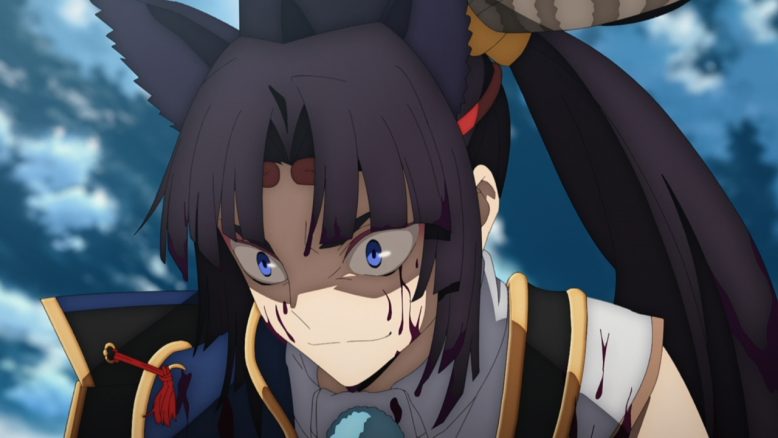 There was a lot of great little moments in this episode. It was cool to see Leonidas in action and seeing how he leads his troops. There is no doubt how he’s held the line this far. His efforts have been spectacular. Even if ancient humans are a tougher breed than us modern folk, he’s done miraculous work to turn them into such a lean fighting machine.

Ushiwakamaru was all kinds of awesome in brief moments here. And honestly it does make plenty of sense why she races right over towards where Ritsuka and Mash are. The bond she’s picked up with the Master from her homeland would drive her to head that way. It isn’t just her being responsible or picking up on the feint. She doesn’t want to see a friend perish and so she heads that way. Whether she can make it in time is hard to say, but at least she’s making an effort. 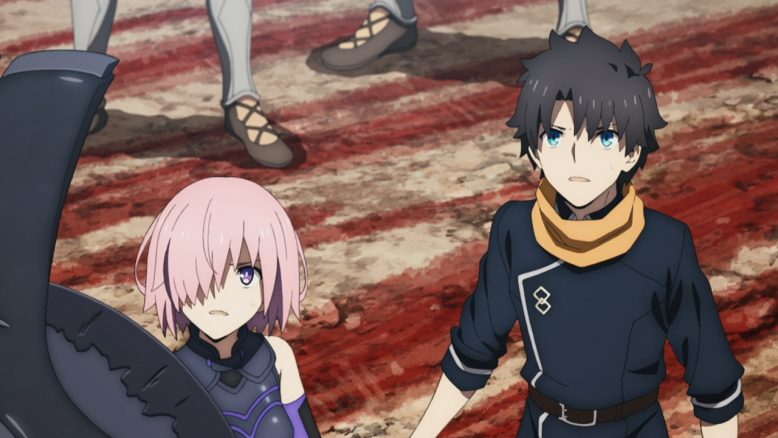 This was another very solid episode. We got a bit more background on events in the London singularity which was nice. Can pick up that the tablet gave Fujimaru a vision about the King of Mages and his intentions. It was a rather odd sequence to be sure. But we can at least appreciate that the events of Solomon’s time lead to the path that we are currently on. The tragedy of humanity in some way sparked the Grand Caster on this road. Of course it is a rather odd thing. The voice giving the monologue was practically condemning the apparent inaction of Solomon. But, figuring out the truth of the King of Mages can probably wait for another day. The current situation with Tiamat making her move against the main cast is a bit more pressing.