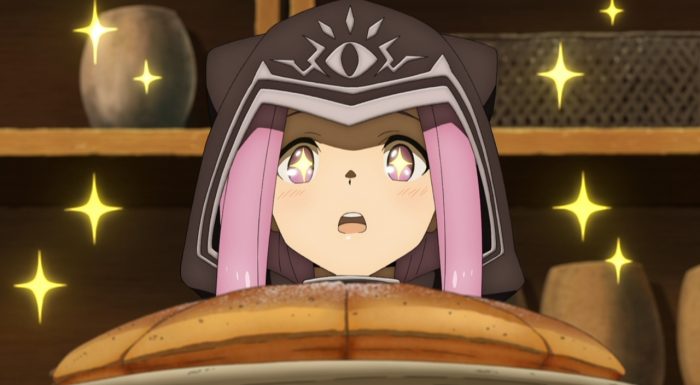 I’m going to start off with some purely fun observations. Ana is a treasure and is definitely one of my favorite parts of this series so far. She has a nice touch of mystery behind her origins and her role in this tale. It doesn’t hurt either that she is extremely likable and adorable. Whatever is at the core of her verbal distaste for humanity, she clearly has a good heart. At the very least, Ana has a desire to interact and connect to others despite whatever has fueled her negative view of humanity. It’s the kind of thing where I’m sure she does have a good reason for openly saying what she does. But she clearly doesn’t want to dislike people. That she went out of her way to recruit Fujimaru and Mash to help out (via ghost destruction) reflects really well on her.

Of course it doesn’t hurt either that she’s had her moments to shine. She’s been roped into a few fights so far and has looked pretty good in them. She’s not on the level of a Gilgamesh, but frankly few are. And she does have a pretty mobile combat style that is fun to watch. Beyond that she has certainly gotten the cutest moments of the show thus far. Be it sleep talking about murdering Merlin or being adorable over Uruk treats…Ana owns the stage. It should be fun to see more from her as we go along here. 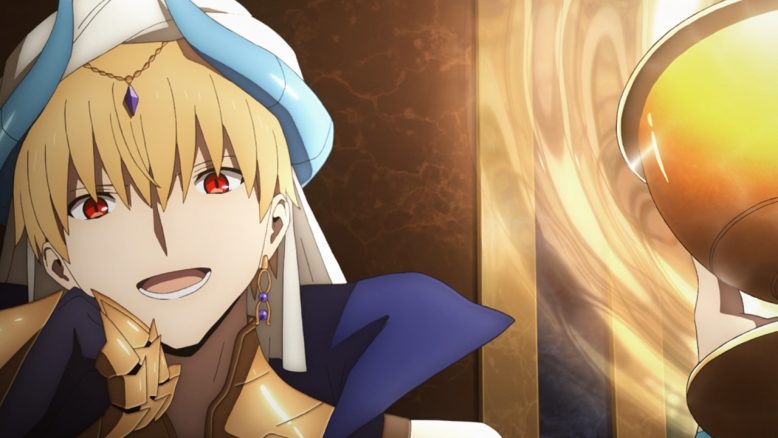 I’d say the least enjoyed part of it is the time being wasted in the story itself. It isn’t as if they aren’t doing any good with these part-time jobs and assignments. But their abilities are being terribly wasted and so is time. It is a matter of time before those demonic beasts overwhelm the defences, another goddess makes their move, or frankly…the clock strikes midnight on humanity. Within the show they are on a countdown to humanity being completely incinerated. There are just better things they can be doing than making clay bricks or harvesting wheat. The proper person for the proper task. Quite frankly Fujimaru and Mash have already saved a ridiculous number of lives and cleared a mountain of difficult tasks. They shouldn’t have a single thing to prove to Gilgamesh. Not as if Gilgamesh has any plan beyond holding the line.

At least the fight against Gilgamesh was pretty fun. This is one of the more mature versions of the character. His style of fighting isn’t nearly so arrogant and he actually dodges attacks. I still don’t care for Gilgamesh as a character and that isn’t going to change. But I can at least respect that this living version of him that has gone through his Epic’s character arc, is at least less insane than versions we’ve seen in other Fate series. He’s still annoying, but at least he’s doing a good job as King. 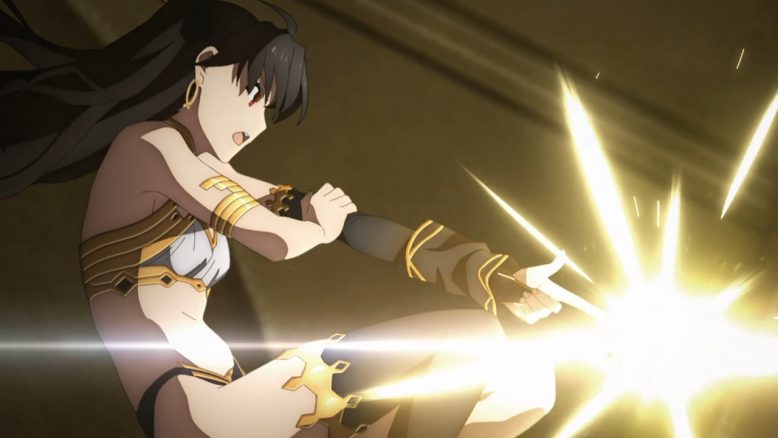 There is a lot of interesting stuff going on with this setting though. Right now the battle seems to be for the grail that Gilgamesh is holding onto. Ishtar certainly appears antagonistic, although not exactly as blood thirsty as the one that fake(?) Enkidu called Mother at the end of the episode. Not exactly shocking that Ishtar is antagonistic to Gilgamesh. But beyond that it didn’t seem as if she was out there to kill the main cast. Whatever her motivations, you can certainly see the “Rin” aspects of her character. Be it her using jewels in her combat style or being an incredible tsundere. If she’s going to be a major antagonist in this story…I’m going to have a hard time hating her. 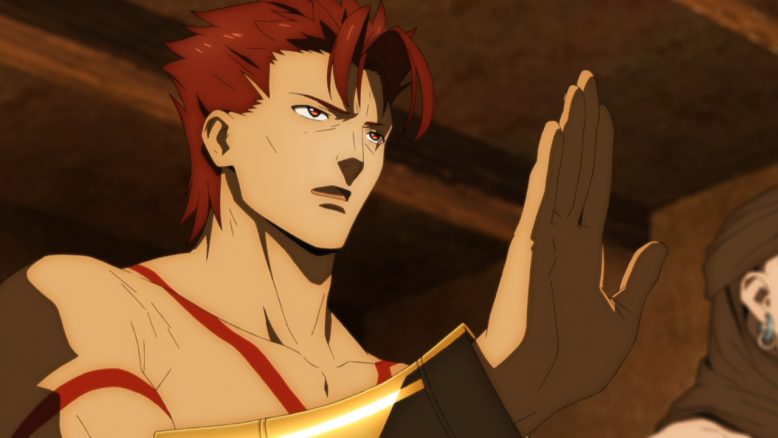 It was good to have a chance to meet some of the servants that Gilgamesh himself summoned. Since he isn’t a servant it is totally sensible that one of the most powerful humans to ever live would summon servants as backup and supports for his army. We of course have Ushiwakamaru (also known as Minamoto no Yoshitsune), Benkei, and Leonidas. How familiar people are with these individuals will vary. I’d say Leonidas is the easiest to know since many people are familiar with Sparta. The legendary King that held off the Persian army invading Greece. If you want to hold off an army of demonic beasts it is a good call to summon a man that held off an army of 100,000 with only 300 men. Ushiwakamaru is a pretty famous military commander in Japanese history so she’s probably next up in terms of familiarity. This is a solid group. 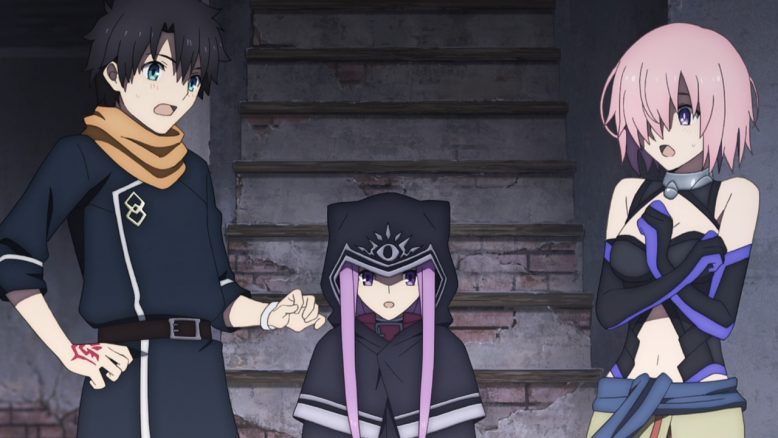 I’m looking forward to moving ahead now that Fujimaru has done his community service in Uruk. Time for them to get started on the route of actually defeating the 3 Goddesses and thus convincing that troublesome King to hand over the grail. The road ahead is a very long one. They barely have a grasp about the nature of their enemies and can’t even start to take the fight to them. But at least Fujimaru and Mash have adapted to their situation and are comfortable. If they are relaxed enough to be startled by Merlin suggesting Fujimaru take Mash out on a date…well they are probably in a good mental state.