To Aru Kagaku no Accelerator – Review 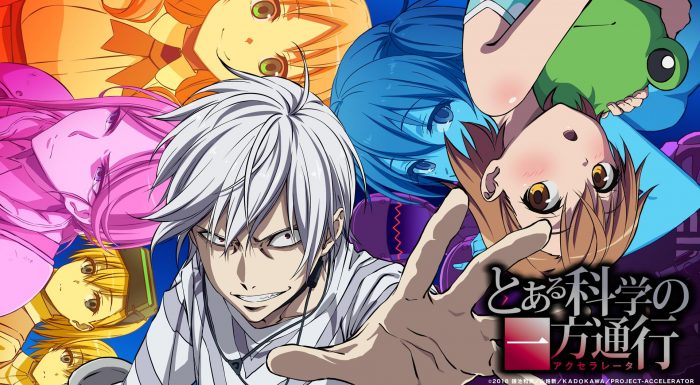 After a near franchise debilitating To Aru Majutsu no Index III, the ToAru/RailDex franchise is back with another spinoff, this time featuring none other than anti-hero Accelerator. And while some fans of the Raildex series may be hesitant to give the franchise another shot (and rightly so), its this Accelerator series that may very well be able to change their minds. 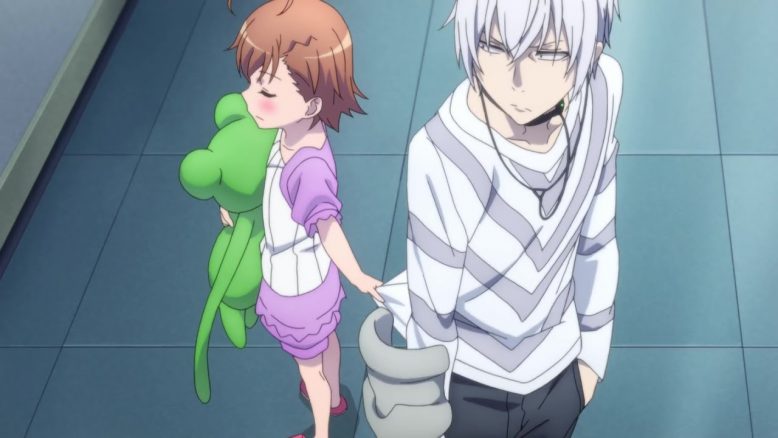 The ToAru/RailDex franchise is honestly, in a really odd place, doubly so after the conclusion of both Index III and this latest Accelerator spinoff. There are definitely a lot of pros to this latest spinoff, and in a lot of ways its certainly better than Index III. Heck, had it been worse than Index III, I would’ve had serious doubts about the long term viability of the franchise as a whole.

The thing is though, that while Accelerator is definitely better than the travesty that was Index III, its nothing more than a “decent” spinoff. Its no Railgun for sure, which had the honor of most certainly eclipsing the parent Index series with its second season. 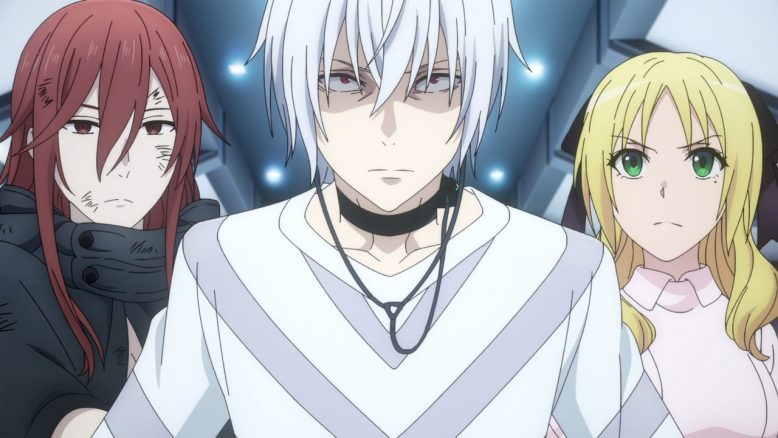 Accelerator’s series? Its a nice side story that more or less satiates the RailDex fan until the next Railgun series finally hits in early 2020. There’s a definitive improvement in the overall production here, whether its the pacing, the animation, the voice acting or just the general entertainment value.

While Accelerator won’t have you on the edge of your seat like Railgun S or the first two Index series, it will none the less keep you entertained. Accelerator’s antics and odd anti-hero antics are definitely here, as is his particular slice of the cast that we don’t seem to see too much of in either of the other two properties in the series. 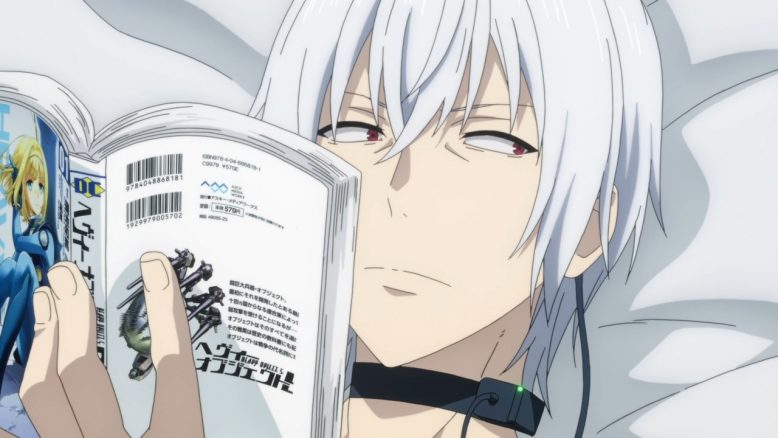 Accelerator is a big part of the Index franchise as a whole, and I’d argue that he’s almost become more important and interesting than Touma himself recently. As bad as Index III was, it was Accelerator’s stuff that was the most interesting to me, after all.

So yes, if you’re a fan of Index/Railgun and were burned by the abysmal, rushed and cheap Index III adaptation, then I definitely believe that To Aru Kagaku no Accelerator will lessen the burn, even if only slightly. 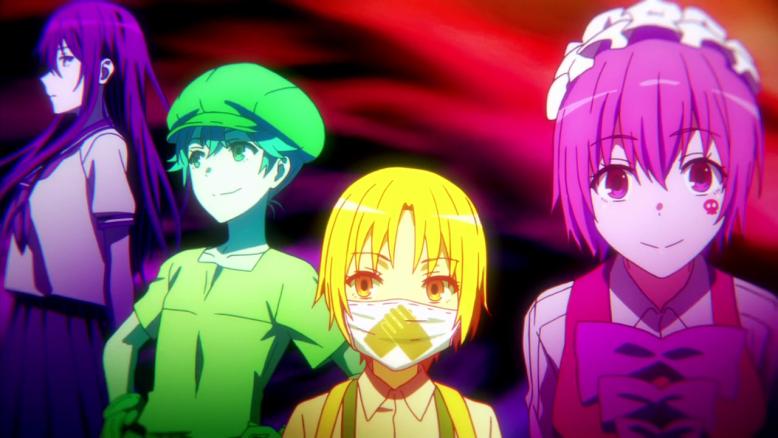 See, while I think this series is both worth watching and fun in its own right, there’s definitely a bit of a loss in quality in terms of both characterization and writing. Indeed, this show’s biggest weakness is that the story almost reads and feels like a really solid fanfiction, rather than something you’d see from Index/Railgun writer Kazuma Kawachi.

What’s odd, of course, is that all three properties in the franchise are actually written by Kawachi-sensei himself (even if the illustrators for each vary from project to project). So yes, the core writer is responsible for this story as much as he is Railgun and Index. He is, and yet it certainly feels like something is very off in terms of both the plot and general concepts present in this spinoff series as well as the characterization itself. 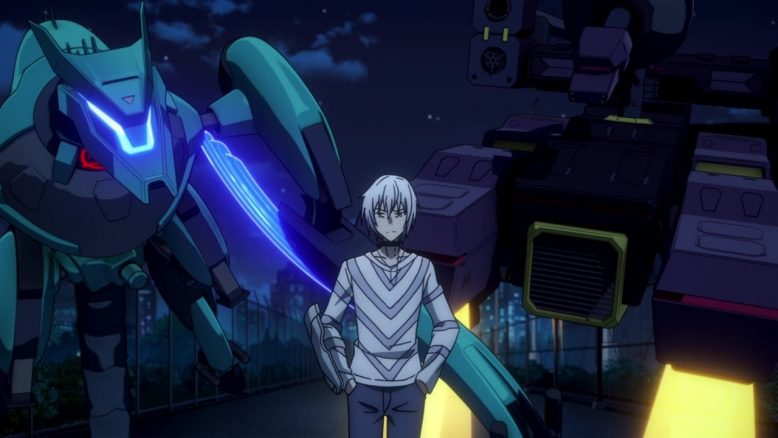 At times, it feels like Accelerator is almost like a caricature of himself. He laughs maniacally, and apes his general pre-Index III personality, and yet acts a bit more heroic and busy body than you’d expect. In the Index series proper, Accelerator has a sort of different vibe to him, and feels a bit more restrained and muted.

Here? We get an Accelerator that’s a bit too over the top, and that depiction of the character makes everything feel a bit off. Certain other core characters like the Misaka sisters or even side characters like Yomikawa seem a bit like lesser, cheaper versions of themselves. 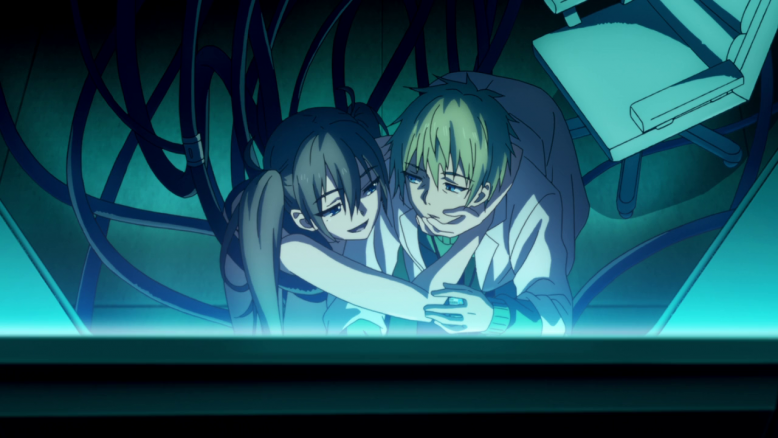 And to make matters worse, the antagonists and general story for this spinoff’s first arc, are pretty much average at best. Whether its the weird cult DA in the Anti-Skill peace keeping force, or the actual villains of the arc in Hirumi and her brother, they all feel a bit too over the top and cliche for a story set in the RailDex universe.

Now, while these are definitely strikes against this show when its compared to its more established sibling properties, its still worth noting that the series holds up surprisingly well as a stand alone 12 episode show. Its easy to marathon and finish over the course of a weekend, and there’s enough spectacle here to make the overall experience worth having. 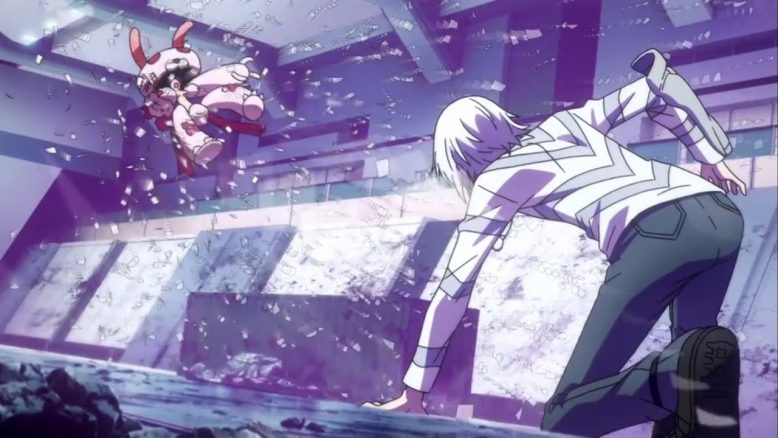 Which I suppose, brings us to a rather important aspect of the show, especially as it comes out on the heels of Index III; the animation. Simply put, J.C Staff pull out all the stops here, to a point where it definitely feels like Index III was more of a budget issue than anything else.

Its clear that the Production committee in charge of the Index/Railgun franchise saw a lot more value and potential in Accelerator than Index III. Leaving aside the rather backwards nature of that approach (since everything actually spawns from the main Index series anyway), there’s some interesting things to note here. 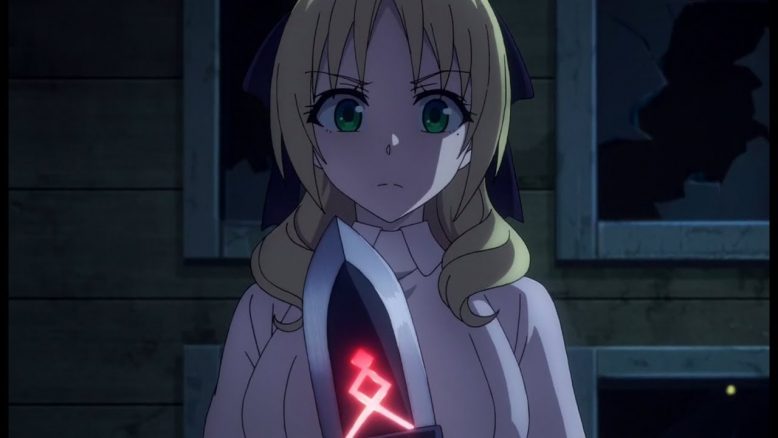 For one, this series definitely feels like it fits as a companion piece to both Railgun and Index. While Index is the main series that pushes forward the overall plot of the entire franchise, its certainly a bit more optimistic and relaxed in its tone.

Railgun is certainly darker, but what will perhaps surprise fans the most is that Accelerator is actually the darkest property yet in this franchise. Deaths happen and stick in this show, and not everyone makes it out unscathed or alive. Tragedy also seems to play a much larger role in the story than anything you’d see in either Railgun or Index proper. 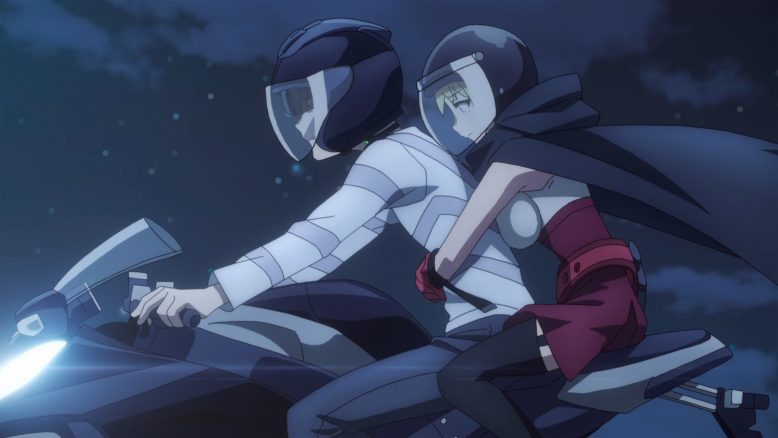 Given that this is Accelerator’s series, some of that certainly makes sense. At the same time, its a bit of a nice change of pace as well, giving fans of the universe a much darker, less cheery set of stories that sit neatly beside the more upbeat stuff we’ve seen. It all fits together nicely.

Speaking of fitting together… One aspect that’s quite obvious as soon as you get even halfway through this show, is that it most certainly should’ve come out BEFORE Index III. Not only is the story chronologically set waaay before the events of index III, but it actually adds insight and  weight to some of the character development that occurs there. 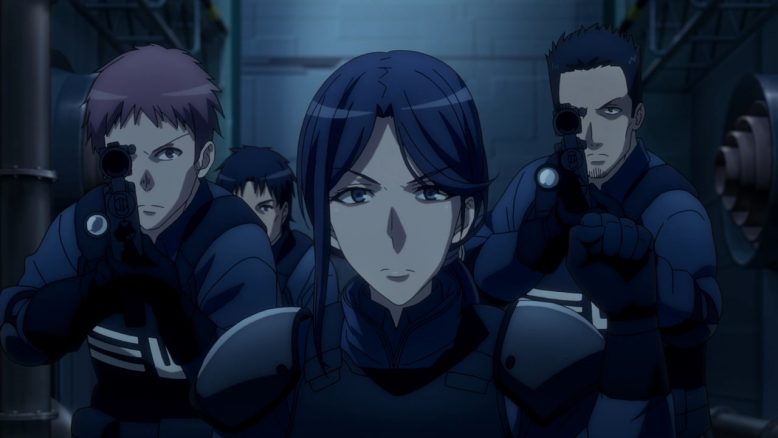 Certain character dynamics and thoughts that are briefly touched on in the bullet train that is Index III, are really expanded upon and given context here. The developments here feel so integral, in fact, that it almost feels like you should watch this series before even getting into Index III.

Granted, the same was true for Railgun and Railgun S back when those aired as well, but given how darn bad and rushed index III was, it feels like it would’ve been better to delay that season entirely, and use both this series and the upcoming Railgun series to springboard this franchise back into the mainstream. 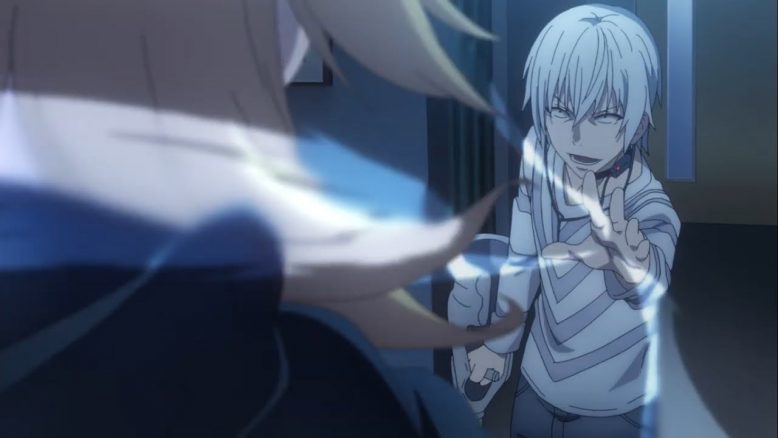 Which, I think is about as big of a compliment as I can give this show. Yes, its not super or exceptional, but it feels like it at least respect its audience and is interested in telling a cohesive story over the course of its 12 episodes. Fans of Accelerator and his particular supporting cast are going to have a fun time here, and fans of the Index franchise may very well take this as the first step to trying to connect with the overall Raildex franchise again.

I’m certainly feeling a bit better about the Raildex franchise after seeing this show. I’m sure Railgun’s new season will knock it out of the park, and perhaps New Testament may very well be a story worth watching when it ultimately gets adapted as well. 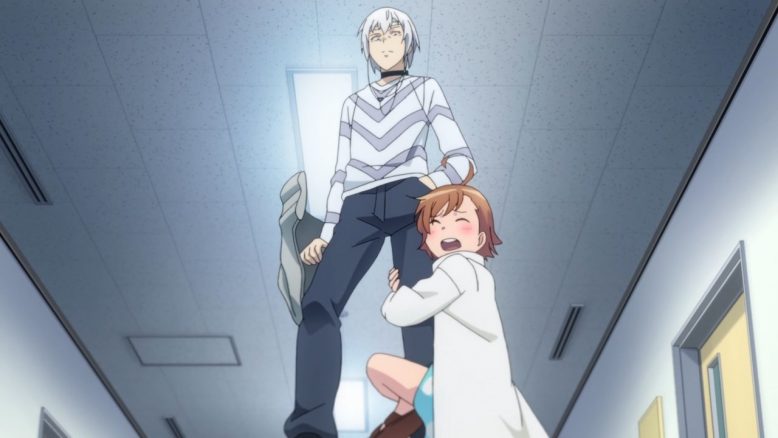 If nothing else, To Aru Kagaku no Accelerator proves that if a story is given its proper due in terms of animation, budget and time, then the Raildex franchise has a lot to offer both its fans and the anime industry as a whole.