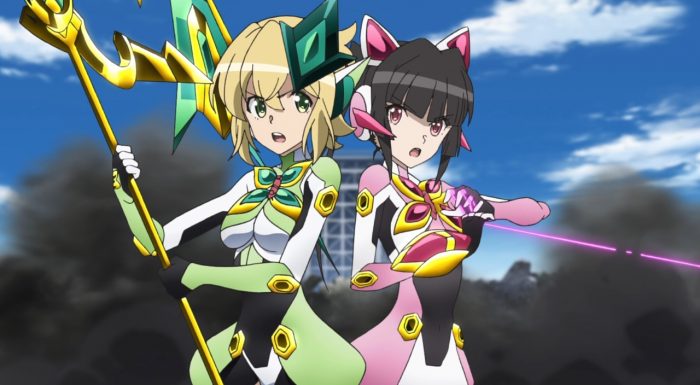 This was another outstanding episode for Symphogear XV. I wasn’t sure where the story would immediately go next, but this did not disappoint in the slightest. The stage is most definitely set for the last three episodes. And I have no doubt those episodes are going to be insane. Where else could the last stage for the season take place but the moon? The Moon and the Curse of Balal have been a major focal point of this franchise from the very beginning. Of course a showdown must take place there. That is the only place that can truly reveal the hidden truths about why the curse was placed on humanity. What was the role of Shem-Ha, where does Fine place into this and who is Enki? I’m presuming that is the guy that died in the first episode here, but what was the purpose of making the curse? 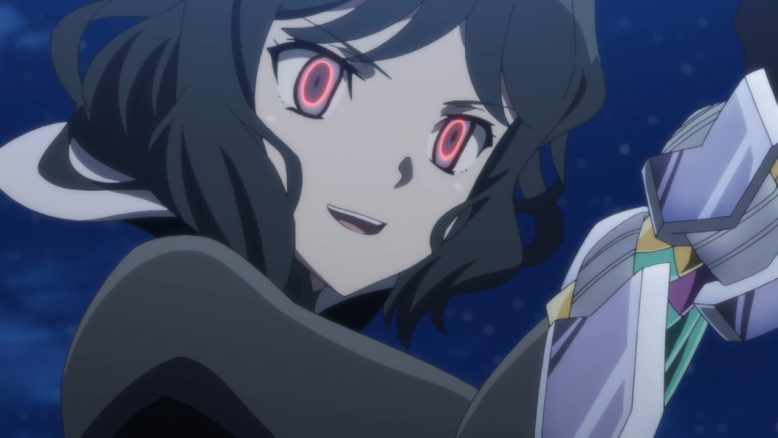 We are set to tackle all of this. The truth behind Maria’s gear and the song that was entrusted to her ancestors must tie into all of this. It is kind of amazing how crucial Maria is to these events. The story of course is going to focus hard on Hibiki and Miku. But it seems fair to say that Maria will need to play a big role before this is all resolved. Nice that she got a chance to fight as well in the opening portion. I think Maria has had the most ‘quick transformations’ of the show thus far. She’s had one main transformation sequence while almost everyone else has had two. But she’s had to step up and fight all over the place this season. I’m curious what role Maria’s song and gear will play. It has no doubt a connection to this Enki person though. 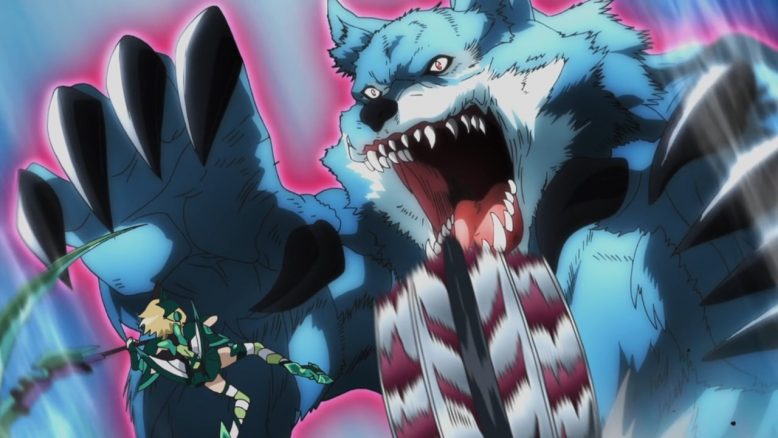 Noble Red is less dead than I expected. They certainly would have died from those wounds without literal divine intervention of course. I was ready for their tale to end here. But I suppose they are valuable pawns. Just got passed off from one antagonist in Fudou to another in Shem-Ha. Heck, they were originally Adam’s pawns that he didn’t even want to bother using in the first place. Guess they have finally found the place to die. It is their position and destiny to be used and betrayed after all. Not that I don’t expect to see Hibiki continue reaching out since that’s her thing. Kirika and Shirabe were also trying to play that role with Elsa. But there’s a point where someone has to make a bit of effort to be saved and accept the consequences of their actions. Noble Red isn’t there yet.

In a sense they’ve been well and truly cornered by Shem-Ha. They aren’t dead, but they’ve been turned into total monsters. So long as they reject humanity because of what they’ve become they’ll have to rely on Shem-Ha. A powerful entity like that is the only hope they have of creating a world where they can find acceptance. Or rather, they’ll live in a world that won’t be in any position to reject them. 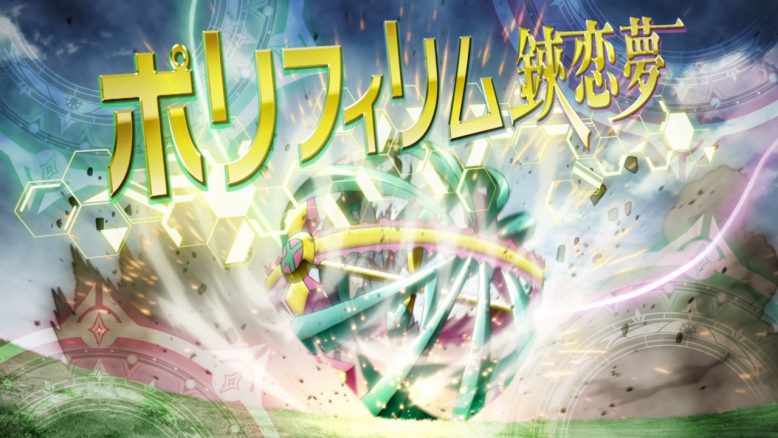 Speaking of Kirika and Shirabe, they just own this season when it comes to fight sequences. They’ve been more comic relief to keep the tension low at points of the season. But when it comes to fighting they get to be extremely awesome. It wasn’t even just with their big Amalgam fight. They were doing nice work with their standard gears and using the creativity of their powers to full effect. It was just that things reached a point where they needed the extra power. We got the usual chance for a duet and they didn’t disappoint there at all. Their powers were entertaining and brought enough force to the picture to come out on top.

I loved getting to see that X-Drive mech from Shirabe got packaged into her Amalgam form. It was only fitting that their latest combo attack was as over the top as any of the ones we’ve seen to this point. It served a great job capturing the powered up Elsa and then crushing her in one move. Kirika’s weapon did a nice job as well, but it wasn’t the highlight of this particular fight. And I did appreciate that they tried to let these two use what they’ve learned to reach out a bit to Elsa. Or at least get across that she doesn’t have to let herself become a total monster regardless of the state of her physical body. 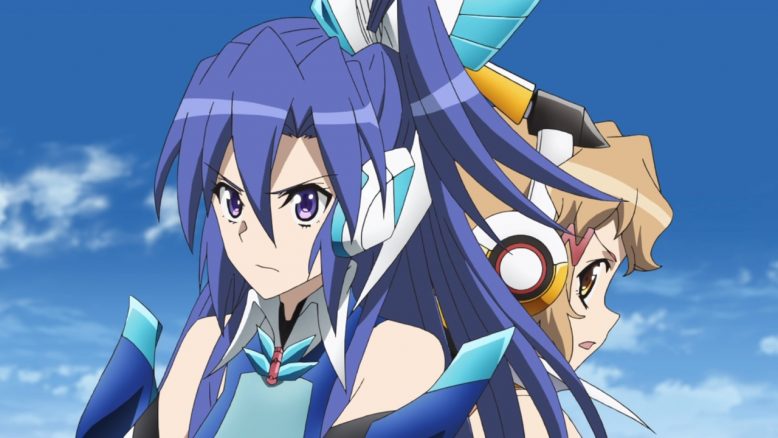 While Tsubasa was rather extreme by the end of this episode…it worked. This was the only chance to catch up to Miku and avoid being left behind. And the main cast should thank the villains this time around. Since once again the governments were stupid enough to try and leave the main characters behind. What would some team of astronauts even do in this situation? They’d miraculously land on the moon and then be slaughtered by Noble Red. Heck, if Shem-Ha knew that people were this stupid then there would be no point in attacking. Just let them launch the rocket and leave the main cast helpless to do anything on Earth.

Instead now we’re set for some lunar battles. Kind of the perfect place as well to find some long-lost message from (probably) Enki for Fine that will explain why the curse exists at all and what purpose it serves. And it does take the main cast away from any avenue of retreat. It also provides an interesting opportunity. Earth is by itself right now. If that Yggdrasil is going to do something then the main cast can only act on the moon in order to deal with it. They might have to turn once again to Carol. But regardless this was another strong episode that sets things up for what should be a spectacular final.