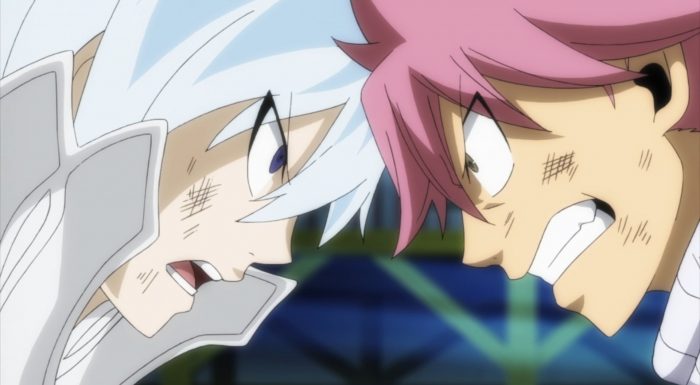 Hrm… Where to begin with this one? Where Indeed.

Normally, after I watch an episode of any show, I have a pretty good idea about whether I liked said episode or not. From there, its a question of what worked and what didn’t. In the case of this week’s episode, however, which kind of wraps up a huge chunk of what the story and show of Fairy Tail has been about, its not really that simple. For the first time ever, I’m not sure I can objectively or even subjectively talk about whether this episode was good or not. We’re past that point, I think, with regards to Fairy Tail, and at this point, its more about feelings than anything else. 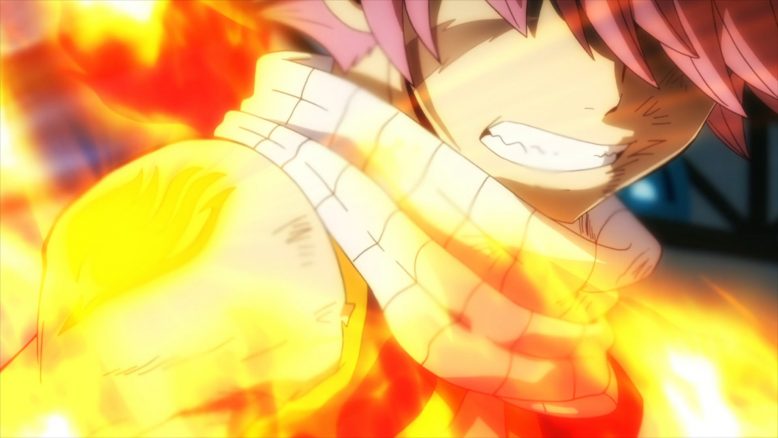 Ironic I suppose, as this episode primarily gives Natsu his last major power up via feeling and emotion, and that is what he uses to take down Zeref. Now… On the one hand, I’m sure that sounds pretty darn dumb, and I wouldn’t say that its not. The problem here, is that I could kind of see a pretty awesome theme coming out of both this episode and Fairy Tail’s world as a whole.

You could easily make the argument that Magic in the world of Fairy Tail is powered by the emotions of the one casting it. it certainly would explain why both Natsu and Erza are able to break the world’s logic and take down foes that they have no business taking down. A strong will equating to power is a pretty neat concept and I think it really gives both the show and the story a nice little element of world building, as a final twist. 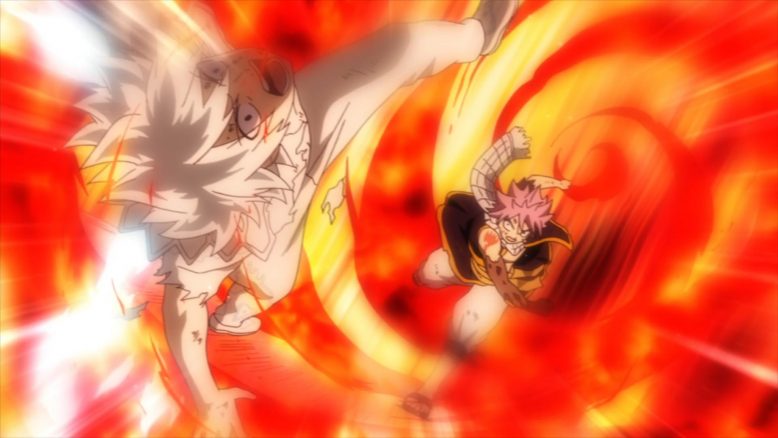 The idea that its less about Knowledge, or magic power or whatever, and more about what thoughts and ideas you use to power your actions is a darn cool concept. The problem, of course, is that I’m pretty much totally convinced that this is my own wishful thinking, filling in the gaps for what is a pretty thoughtless and lackluster story.

Nowhere in Fairy Tail has this idea been echoed or even hinted at, nor has it been developed to the point where it would feel natural and earned here. Had Mashima-sensei put in the time to do all of that, then I think he could’ve gotten away with what he pulled in this episode. But the facts are very much not how I’d like or even wish them to be. 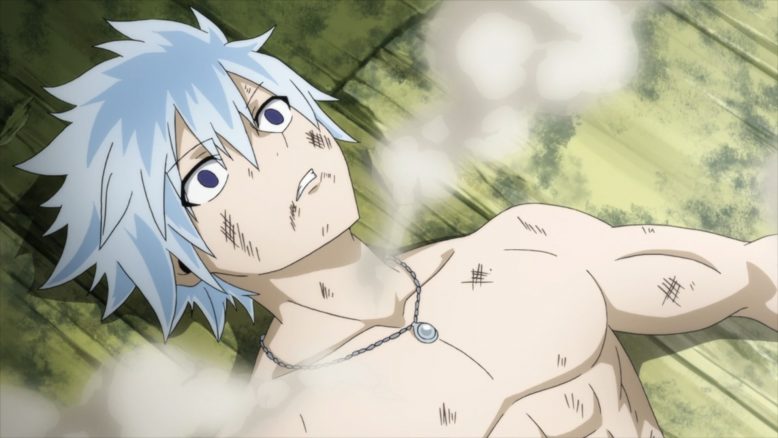 The fact of the matter is, unfortunately, that this was a quick and lazy way to wrap up the Zeref storyline. Natsu went all gaar!, used the power of his friends and the Guild, and then proceeded to power up out of nowhere and take down Zeref. Zeref, who might I add, had infinite Magic power from Fairy Heart, and had control over time.

The whole “TIME ITSELF IS BURNING!” idea, is again, a cool one, but it can’t work if its happening “just because”. Its hard to applaud Natsu and his cool “Bye Nii-chan” as he walks out of the Guild, if its this cheap and unearned. 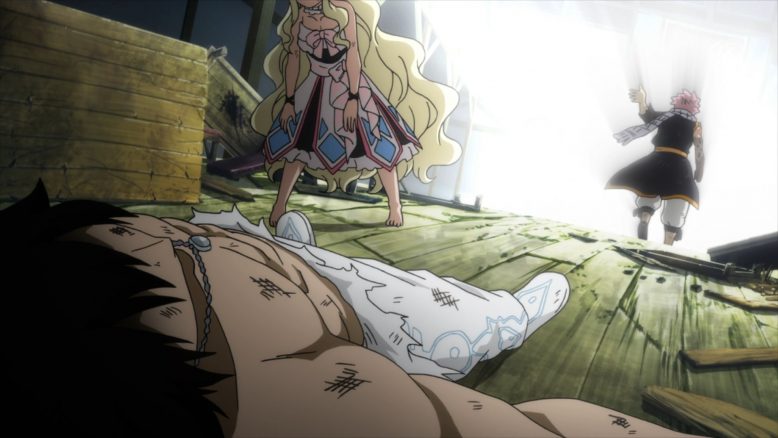 And the less said about Ichiya and Anna’s sacrifice to take down Acnologia, the better I think. Anna is a character that just came out of nowhere, actively destroyed a lot of the believably of the story and just kind of shoved off once she took down Acnologia. As a literal plot device to end Acnologia even, I don’t think she works.

As for Ichiya? Well, I’d have felt something for our comic relief character if it wasn’t for the fact that I don’t think he’s dead, nor is Acnologia. For all the effort that’s been put into this side plot, I’m almost entirely sure that Acnologia is going to survive, and that Natsu or Fairy Tail will have to go and take care of him as well. Which makes this entire side plot, a giant waste of time and really a situation where Jellal could score some brownie points with Erza. 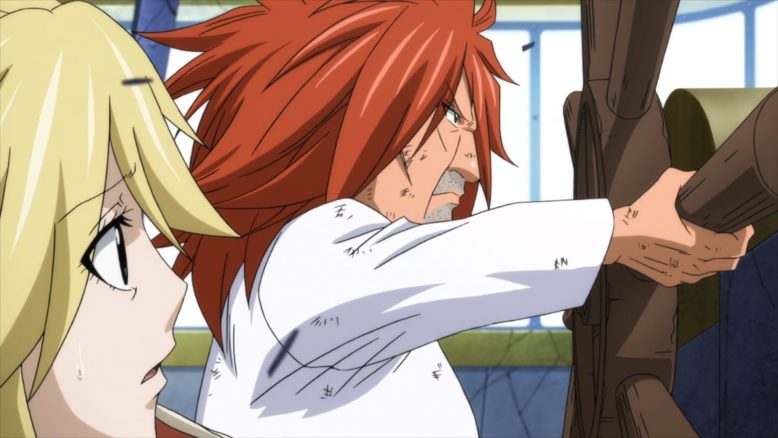 So I guess, that leaves us with both of the two major plot points seemingly resolved as of this episode. Its clear that some kind of reset or upset is coming, but with both Zeref and Acnologia taken down, I’d say the story is winding down now. Its pretty obvious at this point that Zeref is going to use the power of love and sex specifically to take down Zeref, and again its hard to really quanitfy how I feel about that.

Zeref gave Mavis her immortality via the same act, so her realizing that via the odd Assassin dude, is kind of what I think Mashima-sensei was going for here. Can’t say that appeals to me personally, but I guess it is what it is. That will ultimately end both Mavis and Zeref’s stories next week, in a rather distasteful way, and then I guess we’ll be left with Acnologia coming back at the last minute for the story’s climax. 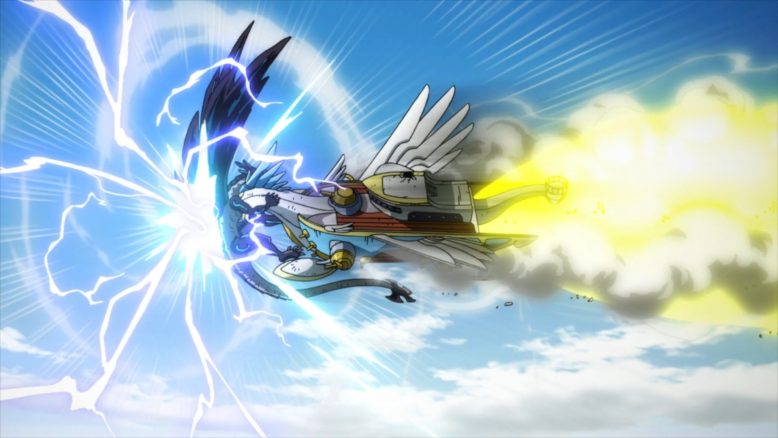 So, coming back to the thing I always ask myself after watching every episode, was it good? Frankly, No, but I think I was still able to watch it till the end. A lot of things didn’t exactly work here, but at this point, Fairy Tail is more or less using up the adoration and attachment that I developed for it over the course of most of its run.

Fairy Tail isn’t exactly good at this point, but it also kind of doesn’t matter I suppose. Anyone who is watching till this point, is going to see it through to the end. Which I think, is why even trying to score these kind of episodes, or talk about whether they work or are good or bad is disingenuous. 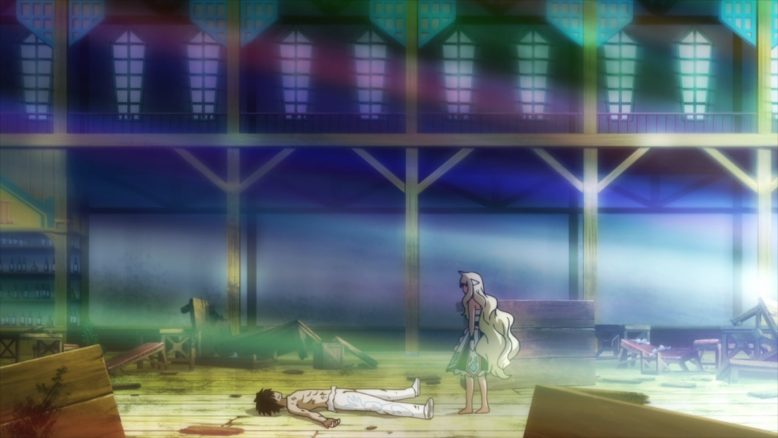 At the end of it all, I guess, this is what it is. It remains to be seen now, what Fairy Tail is going to do for the remaining 5 or so episodes. Hopefully there’s something interesting there, otherwise I’m not sure what I’ll make of Fairy Tail as a whole, once this is over.