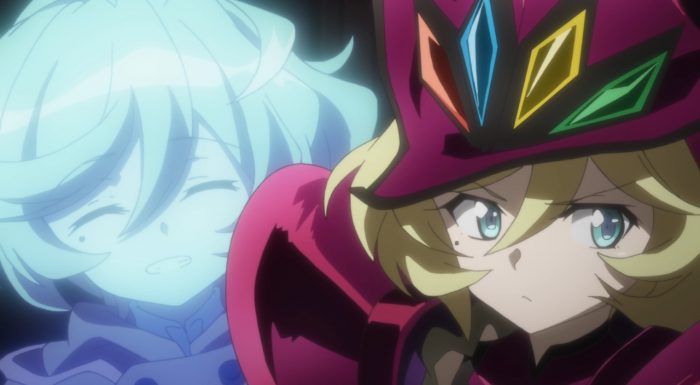 How many ways is there to describe how amazing this franchise is? Episodes like this one really leave me wondering if I’m still understating how good Symphogear is. This episode was outstanding and all kinds of fun. It gave me everything I had hoped we’d get and quite a few things that I never knew I should be hoping to see. Whether we’re talking about Carol crushing Noble Red, Miku gearing up, or X-Drives appearing only a little over halfway through the show…everything we got here was great in one way or another. I have no idea how this is all going to play out. There is a vague goal point I expect to see, but beyond that it is such a mystery. They are pulling out surprises all the time and I’m just hanging on for the ride. 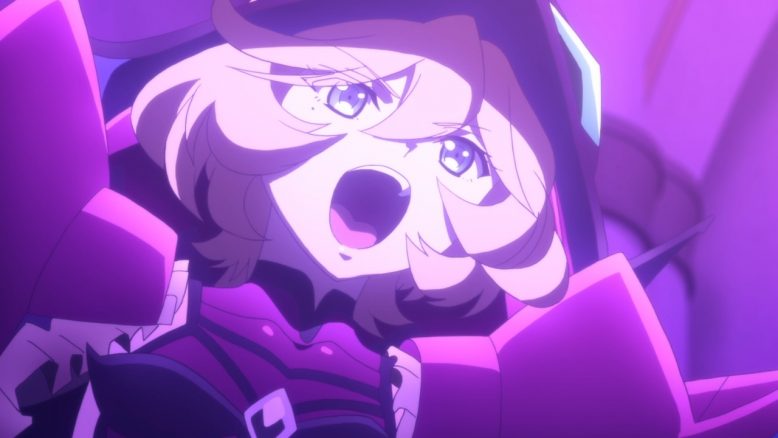 Carol ready for a fight!

We might as well start from the beginning with that opening fight. As expected, the song we got at the end of the last episode was Carol’s new combat song. She went all out and just wrecked Noble Red. It was beyond satisfying to see her just doing her thing and driving the fear into this bunch of monsters. They found out what it means to anger a last boss level character. Carol isn’t someone you pick a fight with unless you are ready for consequences. Instead of her being super weak due to the unusual situation, Carol was more than powerful enough to handle this situation. She just kept herself in a smaller form and likely wasn’t going nearly so crazy on burning memories. Noble Red broke into her home base and wrecked her autoscorers. There was going to be a price to pay for that.

Nothing had me laughing quite so much like Genjuro’s “dur da bla, datto” and just the shock everyone had at Carol opening up communications. I’m really happy to see that Carol appears to be embracing this permanent sharing arrangement with Elfnein. She could easily just go on another rampage, but instead she was fine with having a rather polite chat with SONG and letting Elfnein have control over the body. It really shows how far she’s come and that the efforts to save her at the end of GX weren’t in vain. I really thought those efforts were wasted since Carol ended up an almost empty husk and Elfnein got her body. But in the end through Elfnein’s efforts, Carol managed to piece her mind back together through the memories that she gave to Elfnein originally. That’s pretty cool and the kind of ridiculous I can embrace. 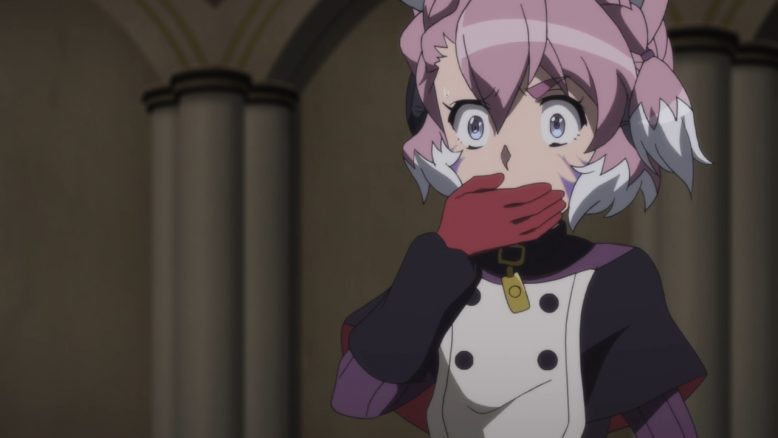 That’s the taste of betrayal

This episode was more than just a Carol party though. Fudou’s plans are continuing to advance. It was just a matter of time before Fudou betrayed Noble Red. I can’t feel bad for them since it was a betrayal they had to know was coming. Fudou never treated Noble Red like people and openly called them monsters. There was no disguising that he was using them for the sake of his ambitions. And frankly they’d failed enough times that he would have killed normal minions before this point. I am curious of course about how Fudou plans on using what is happening here for his advantage. Does he have a means or plan to control the Shem-ha entity that is occupying Miku?

What is the future of Noble Red? I really figured part of Fudou’s plan was going to be for Tsubasa to kill Millaarc and follow him to the dark side XD. But as things stand…they are down for the count. They are out of blood and in bad shape. It seems inconceivable that they won’t be captured by SONG next week. The only group left that has good access to that rare blood type would be their enemies. Should be pretty fun to see them getting interrogated. And sure I can see the main cast helping them regain human bodies. At least before they are put on trial for mass murder… 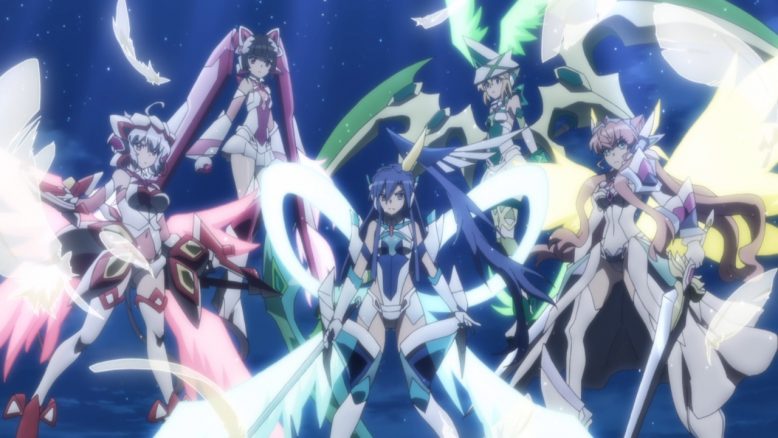 Of course we can’t ignore the last part of the episode either. Again I need to say this…”holy crap!” So much insanity is happening in just episode 8. We’ve got X-Drives on the scene! They were going all out on that giant deity thing. Sure, they couldn’t deliver a finishing blow considering the whole divine power thing. But they could really lean into it. And boy did they really lean into some serious hits. Tsubasa was being all badass swordswoman there. On top of that we got Chris and Maria with their own docking maneuver and unleashing some seriously intense firepower. All of that leading to them just trying to deliver a non X-Drive Hibiki towards that thing. That scene was all kinds of crazy with them taking significant blows along the way. Hibiki’s Amalgam form being a last ditch effort that just got Hibiki where she needed to go. 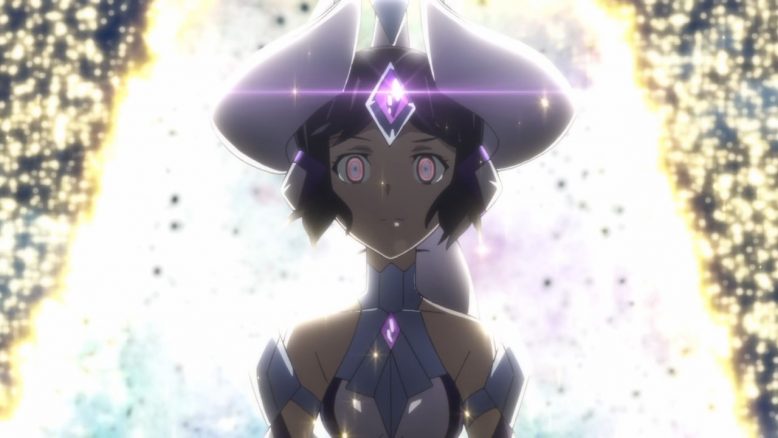 All of that leading up to one heck of a dramatic transformation sequence. Whenever Miku gets into this kind of situation it is rather intense and unsettling. That this episode ended with a Hibiki and Miku ‘best moments’ clip show really hit home how important this moment is. This probably isn’t going to be an event easily and quickly resolved so Miku can be freed of Shem-ha’s power and control. Of course it could surprise us though. In the end Miku has been absorbed into this thing and whatever spirit was inhabiting the vambrace. And she’s probably going to be a rather powerful threat. Heck, maybe Fudou’s plan is just to play up the honorable minion of Shem-ha. He even might play along with that if this entity can provide Japan with the divine protection he desires. This was a crazy episode. I can’t wait to see what is next.