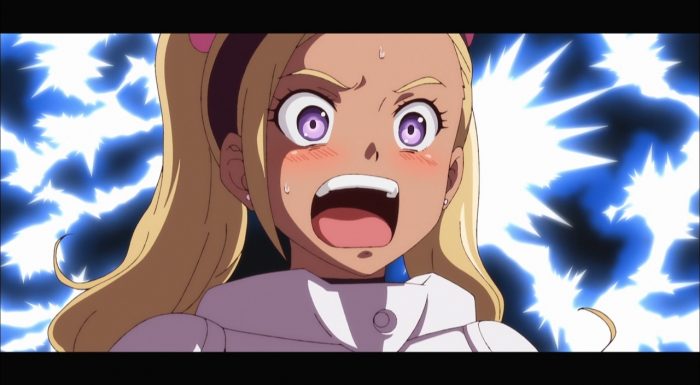 Things are getting interesting now that the show has reached an issue that has been on my mind for weeks now. It was about time for the show to both note that Funi and Quitterie look almost identical and that this adoption story sounds rather unbelievable. The real question though is how far this all goes and how much it ties into the rest of the main cast? Is Funi really the only potential clone here? I’m not sold that Quitterie herself is the natural born daughter of her mother. She may be, but there’s just no telling right now.

If Quitterie and others are clones then it does open up a fair amount of discussion. With a law coming into effect that would require sampling DNA, clones wouldn’t be easy to hide. Luca’s unusual biology would probably also come to light and draw attention Luca’ father wouldn’t want. And really things just continue to spiral outward. Ulgar could have been wrapped up into this because either his intentions to assassinate Luca’s father was found out or simply because there was fear that he’d dig up whatever his brother was killed to keep quiet. Funi’s role is more uncertain. Was she cloned and then needed to be removed because of the law coming into effect? Or was she cloned because they needed her put in place with the intention of killing Quitterie and the other kids? 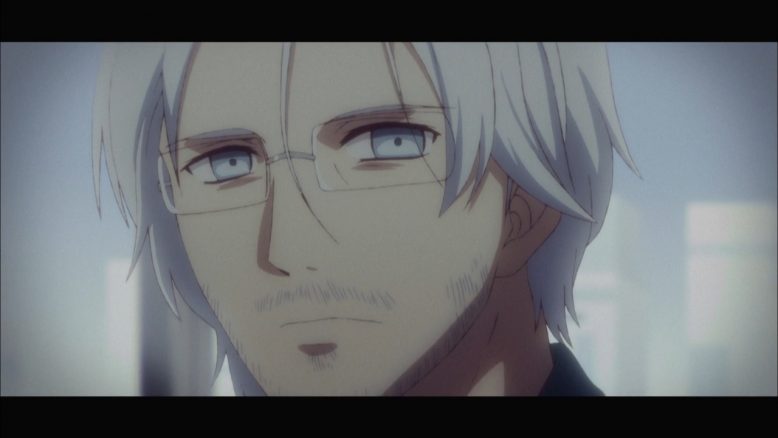 The questions around Zack are apparent as well. Is he also a clone or something else besides the natural born son of his father? It would explain the creepy way his father looked at him and how he cruelly discarded his child’s artwork. I suppose his father could simply be a jerk, but that’s not quite so interesting to talk about. There was no shock that Zack also had a poor relationship with his parental figure. It’s just a sad continuation and it makes me wonder about the endgame for this show. We’re talking cloning, attempted murder, conspiracies, and political issues. How the heck does all this get resolved? 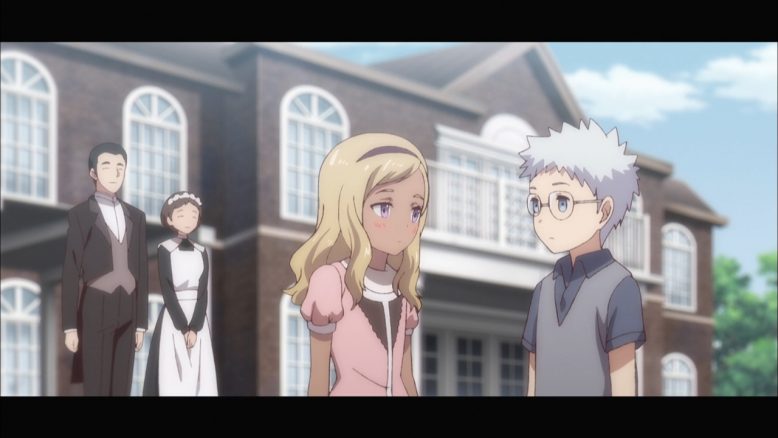 At least there was some cute stuff as well. Quitterie and Zack formally establishing their engagement was pretty fun. Of course I liked that he did remember that promise from years ago and casually went with it in the present. But if he did remember then I’d probably have liked for him to openly talk about it in the years between then and now. But that’s just the kind of person he was. At least I get Quitterie not being quite so open since she’s a fairly tsundere type of person anyways. But anyways it is nice that things worked out smoothly. Of course the coming drama of cloning and everything could drive everyone up the wall, but for the moment that pair are doing just fine. 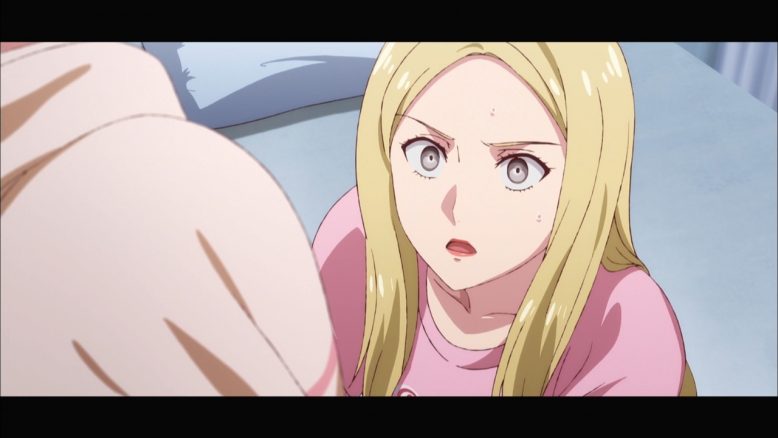 I’m glad at least Aries noted that they could use one busted ship to fix another busted ship. Why the heck not? It was even easier than I imagined since the ships were modular and they could split the ships apart with ease. Just use the good portions and leave a totally busted ship on that planet for whatever poor soul crashes there next.

The more curious thing though is Polina herself. Her reactions were rather strange at points. She acts like someone who thought the world was going to end while she was in cold sleep or on her mission. What the heck was going on in the past that was so traumatic? Sure the main cast were all small children if not infants when Polina went into stasis. But if something so crazy was going on at the time wouldn’t it be in the history books? Well I suppose enough corruption and intrigue could make the answer a no to that. Also it is possible that someone deceived Polina’s crew about the purpose of their mission. There are too many questions though. All I know for sure is that some sort of drama will come from Polina and it must tie into the overall plot somehow. 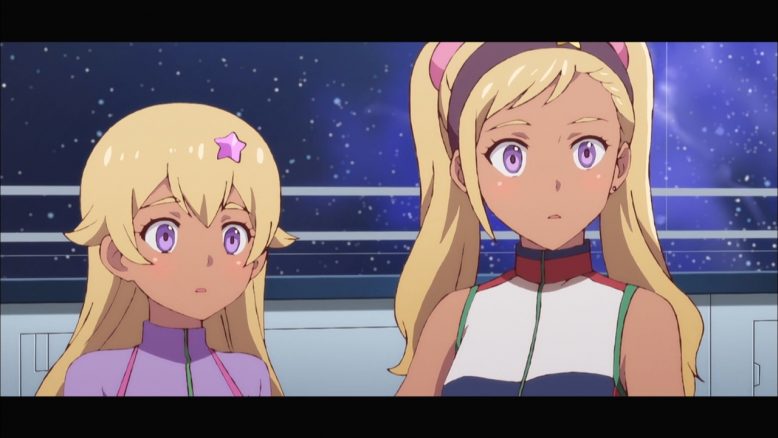 This was another pretty enjoyable episode. We had a bit of action with them (perhaps foolishly) going to visit the site of where Polina’s crew died. And the drama seems ready to jump up another notch. In the end Zack and Kanata can’t sit on this information any more than they could the information about a potential killer among them. It just is going to be rather hard on everyone. Quitterie will probably freak out a fair amount since at best she was cloned without her knowing. I hope she won’t push away Funi since…I could see it happening. She isn’t the type that responds well to freaky stuff. But this will be hard on Funi who will have her entire existence blown up. Potentially being sisters was one thing. But clones? That’s a bit tougher to take in. Next episode should be big.