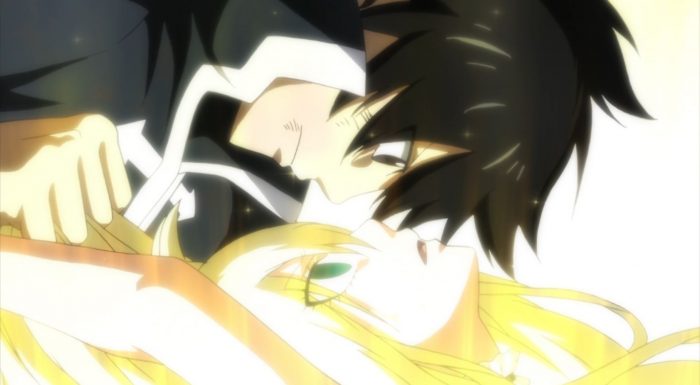 As we get closer and closer to the end game for Fairy Tail (both as a franchise and a story), the disappointment is certainly starting to settle in. Its becoming ever clearer that Fairy Tail as a story and a franchise has a lot of potential and power left within it, and that this ending feels rushed and premature. At the same time, however, its also quite clear that Mashima-sensei was just done with Fairy Tail as a story, and that whatever grand ideas he did have for the story, they probably just didn’t excite him enough as a story teller. 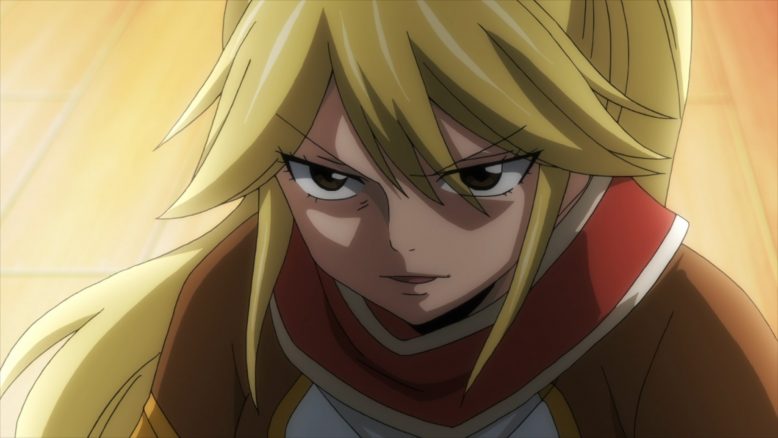 I don’t blame Mashima-sensei for his possible apathy to this story, or his inability to just bring out his best anymore. Human beings can’t force things like inspiration, excitement and drive. These things come out of being passionate and excited about what you’re doing. Heck, even before all of that there has to be a simple fact that must remain true; You have to have fun doing what you’re doing. I think its safe to say, that for whatever reason, the experience of writing Fairy Tail wasn’t fun for Mashima-sensei anymore.

My mind keeps circling back to an interview I read a few years ago, where Mashima-sensei expressed his frustrations on how his story was being dictated by the fans in Japan, more so than himself. The unfortunate aspect of Manga Magazines having reader questionnaires  as the single barometer for how well a series is performing, has led many a mangaka to lament at how much of their story and their editorial partners will bend to the will of the fan questionnaire. And as a series gains popularity, so too does the fanbase get more and more attached to the characters and events of said story. 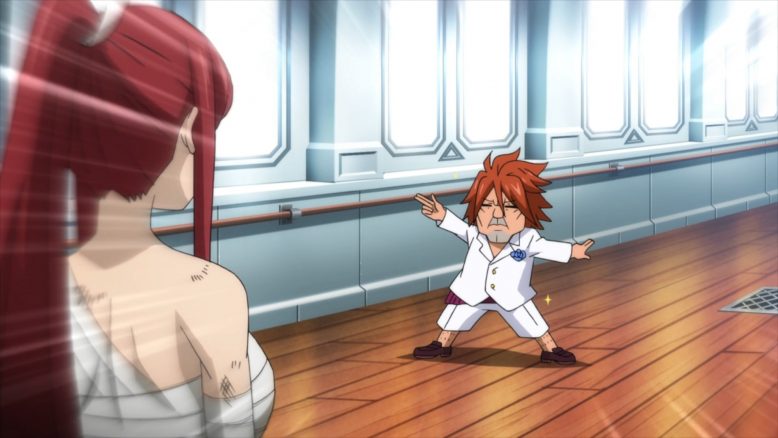 No one wants their favorite character to die, or get short changed, and I can understand where certain fans will be coming from, asking that certain characters not die or lose. I get it, but I also know that some of the best and most emotional moments come from a writer using that particular tool to their advantage. I can’t even count how many times Fairy Tail could’ve used a moment like the ones found in Naruto, One Piece and some of the more popular shounen manga that do end up killing off some memorable characters.

In the end, I guess I suspect that this whole “story by fans” aspect of manga is what ultimately may have ruined Mashima-sensei’s enthusiasm for one of his most powerful creations and stories. I can see wanting to just start over from scratch and build up a story the way you want to. I’m sure moving on to Eden Zero was fairly gratifying. 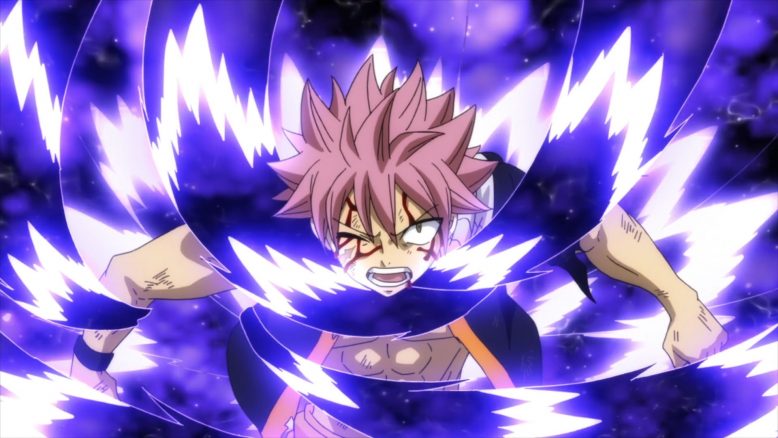 Having said that, this is a post about a Fairy Tail episode, and one that’s coming after I’ve gone on an unintended month hiatus from covering the show. Not only is that exceedingly bad timing (with the show ending soon), but it certainly points to my own sense of apathy that is developing with covering this show (and perhaps Anime blogging as a whole). I won’t get into blogging as a whole, that’s a topic for another time and place, but in terms of Fairy Tail, I just can’t get excited to watch this show week for week.

A lot of that stems from the points I covered in the previous episode, but ultimately the direction the show is going in, and the way ideas seem like they are being retrofitted into a story without proper buildup, is just making the overall experience of watching this show disappointing, to say the least. I remember being in a similar place, and having to bulk review the last few episodes of Durarara!!!x2, and its unfortunate that I find myself struggling to keep up with watching and talking about the show that I’ve covered for years and hundreds of episodes. 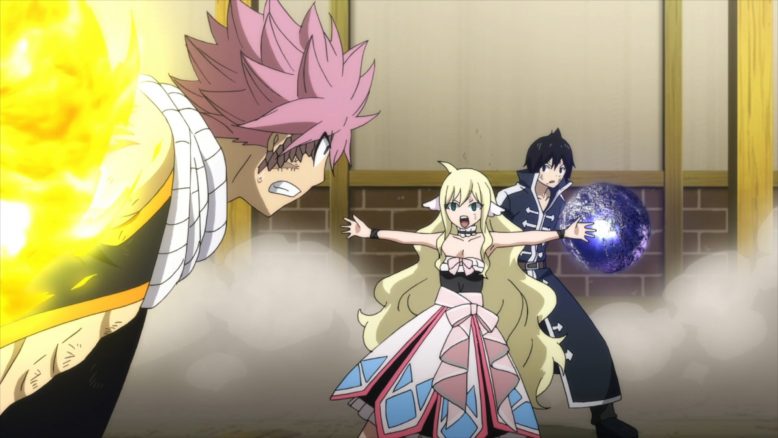 So, with that lengthy tangent on how the series and franchise is fairing as a whole, I think its worth reiterating what worked and didn’t work with this episode. What worked? Well… Not a whole lot honestly. The Zeref vs Natsu fight was as pointless as it first appeared.  Mavis figuring out something about how to defeat Zeref was just more or less left out entirely, the whole thing with Anna and Acnologia petered out as well. Those are small but deep issues with story, but the biggest has to be Zeref’s big plan.

A reset back to the beginning? Really? That seems like a really unimaginative and uninteresting plan. Whether or not Zeref goes through with it, I just have to say that this isn’t Fairy Tail at its best. It feels, in fact, like Mashima-sensei just couldn’t come up with a really meaningful and interesting final plan for Zeref in time, and thus resorted to the tried and true “this existence and time will be erased” idea. 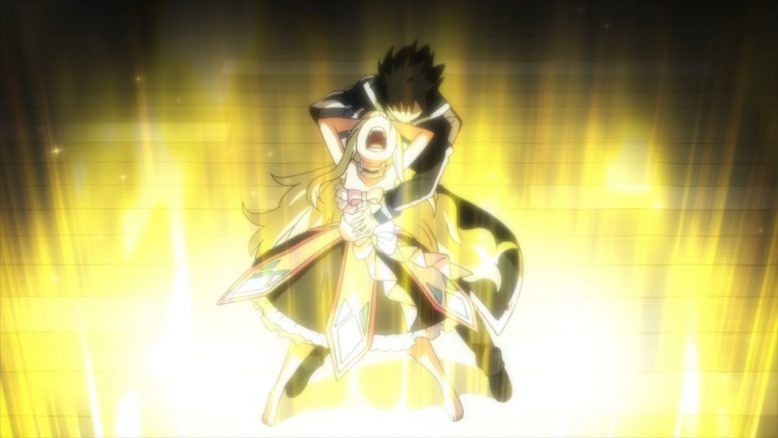 At this point, I suppose anything is fair game, but man does this particular development kind of make everything feel bland and uninteresting. Zeref doesn’t feel like a villain or anti-hero here, just a broken individual that wants to escape back to the good old days. His extreme amount of self pity and victimhood don’t amount to really much at all, and the entire development of his character over the last few years just feels like a waste. If this was all Zeref was going to do, then I can’t say I get why he was pushed as the ultimate big bad that Natsu had to face.

Acnologia, in contrast, hasn’t been developed much at all, and yet its HE who is being tasked with being the series’ big bad. I think Acnologia could have been a really interesting threat and antagonist to Natsu, especially given that both of them are Dragon Slayers. Could have being the opportune word here. Acnologia has been mostly absent for the entire run of this franchise’s story, and while we’ve seen hints of him here and there, I honestly feel like the character was never properly integrated into the story. 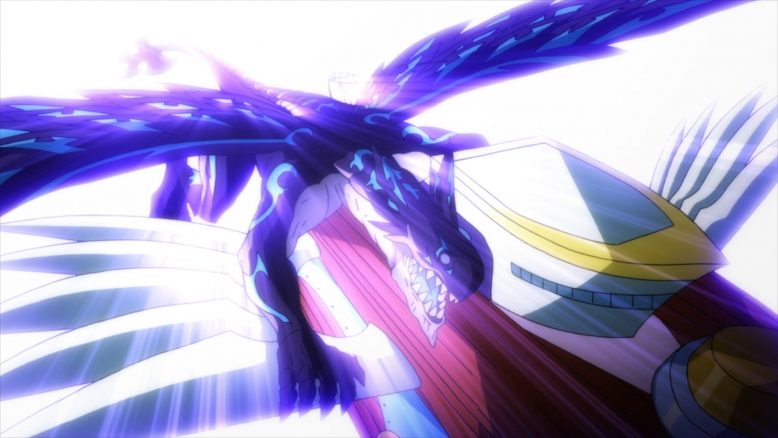 We saw him chase after the frigging Blue Pegasus ship for two episodes like a dumb idiot after all. Yes, I get that he’s super strong, and I get that Zeref is afraid of his power and his own inability to die, but honestly, I don’t really think Acnologia wold even care. The guy has been content to leave humanity alone for all these years, so why then, are we the audience, supposed to believe that he’s this big threat that needs to be overcome.

The effort just hasn’t been put into all of this, and it really shows. Contrast this to say something like the last Tartaros Arc, or even something much older like the Jellal arc or even the Edolas arc, and things just feel pretty darn pathetic in comparison. 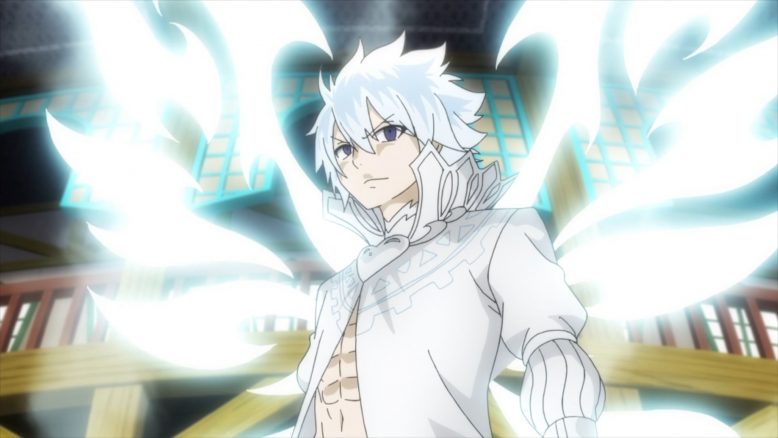 I will say, that when I saw the stuff with August a few weeks ago, and even the stuff with Irene, I was hopeful for Fairy Tail again. I was thinking Mashima-sensei would turn it around in the end, but it seems like those two things were just the last of his good ideas being exhausted. There’s a chance we’ll see a few more little moments of brilliance in this final story, but I think its pretty obvious that the core of what’s being presented here is pretty flawed and unpolished.