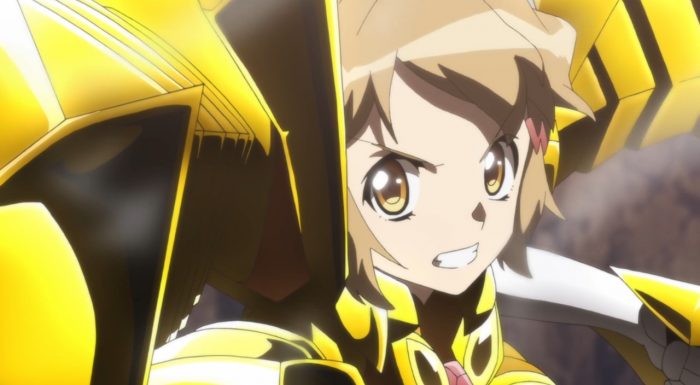 This was certainly an interesting episode that continued to further the story. We’re getting more into the heads of the antagonists and the end of this episode will tie pretty significantly into whatever comes next. We did end this with Fudo effectively making his move against SONG. I would be heavily disappointed though if the next episode doesn’t open up with Genjuro just crushing these guys before settling into his chair. I mean…come on. There is no way some goons with guns can do anything against this guy. They may be pointing all over the room, but he’s such an OP character that it shouldn’t matter much. The only thing I could see stopping him are hostages outside of the bridge or not wanting to rebel against the Japanese government yet. Since if Fudo has made his move then he could effectively be the government right now. 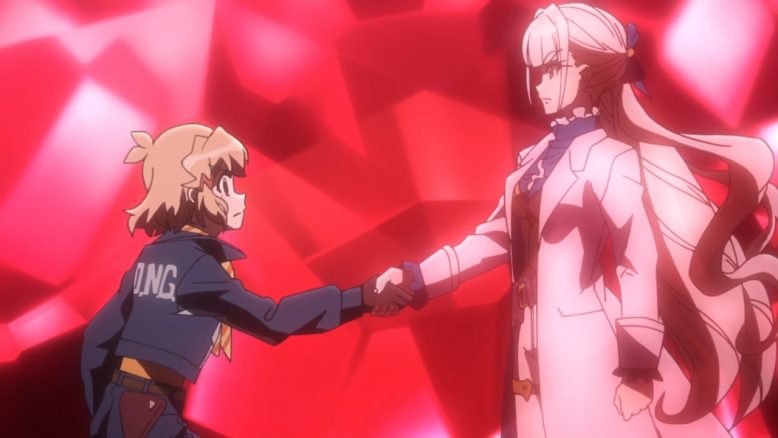 On the positive side we did reach the power-up of this season pretty quickly. Just carrying over from what happened at the end of AXZ. This is the aftermath of the Last Ignition fueled by the power coming from Saint Germain’s spellcaster. What I didn’t expect of course was that we’d see a duet between Hibiki and Saint Germain. This is a good way to use the song from last season. The power and devastation that Hibiki could unleash was on point. She had a pretty easy time soloing the alchemists. If it wasn’t for events at the end of the episode then SONG could have easily placed them under arrest. An arrest that no doubt would have resulted in executing Millaarc since you know…70,000 dead people. But instead they get out of that with their lives.

There are a lot of questions for me though. What does this mean for the other characters? They will get their own power-ups and be able to do stuff right? I love Hibiki, but I’d hate for her to be doing everything when they have such a good cast. We saw philosopher stone imagery for the transformations of Hibiki, Shirabe, and Maria. So it’s possible those three get duets and super moves at the very least. But what does that mean for Chris and Kirika? No discussion on Tsubasa until we see her transformation sequence. They will still get their chance to shine right? This season is heavily tied to Tsubasa so no super moves from her would be…weird. Suppose it just is my pessimistic nature to worry rather than purely enjoy these things. 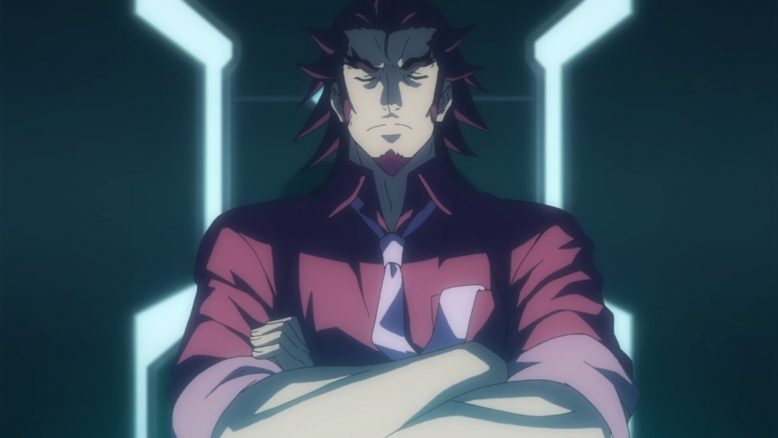 We have a lot to consider here. If Fudo has made his move then things get all the more difficult. SONG is more a UN organization, but it still functions out of Japan. Things could get very tricky if Fudo has made a major move to take full control and smother SONG into the ground. Really the consequences are far reaching. But we won’t know until we see how far his moves extend past the end of this episode. If he’s running the whole country though then even Miku could be a target. He probably knows that Hibiki and Miku are the only two humans that can safely use divine power or simply the Custodian Relic we’ve seen in this episode. Fudo could easily make his move against Miku. But I’m curious to see how the story plans on doing that and differentiating from season 2. 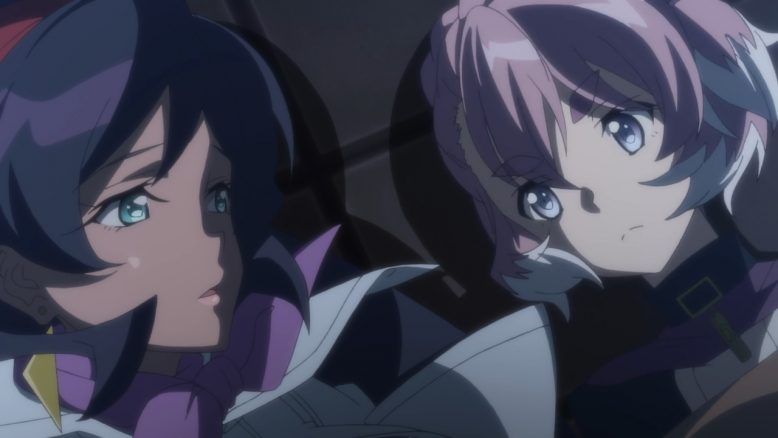 The future for Noble Red is up in the air too. They are keeping Hibiki’s efforts focused on Vanessa which makes sense. She’s the head of that group and hasn’t been connected to too many atrocities (minus that US lab attack). If their goal is legitimately to return to being normal humans then sure things might be possible to work out. But at the same time I can’t see Millaarc being part of that. Her actions are far more evil even if Fudo was the one that ordered the attack. I still think she’s a sacrificial pawn in his plans. He may use her to help push Tsubasa over the edge. If Fudo gets Tsubasa to kill Millaarc via his means then she may turn towards being his tool.

Now I do think Elsa is going to make it through this. While she’s done some terrible things (people have died through her attacks), she probably makes the most sense as a redeemable villain. And I do think that Millaarc and/or Vanessa would be willing to pay the price to secure her future. Noble Red has to be on their last legs anyways. Fudo is ruthless about those he deems as expendable. He’s already got the Shem-Ha and Hibiki crushed the alchemists this week. They’ve used their best stuff and it didn’t work. I doubt he’s the type to hesitate to sacrifice them for his goals. 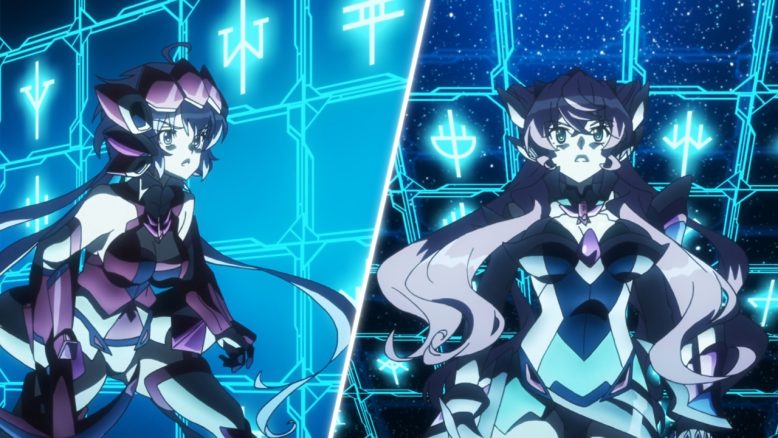 Still a good episode this week. It wasn’t my favorite episode of the season. But it did move the story along, had some big epic moments, and set us up for future conflicts. This season is continuing to pick up. The aftermath of this episode could be huge. Fudo has more of the tools he wanted and seems prepared to openly wage his war. I hope we’re all ready for what is coming next. It could be extremely emotional if it does involve Hibiki/Miku.