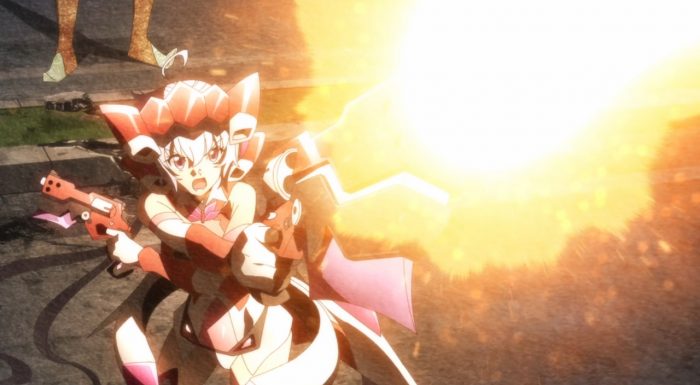 While this episode didn’t have a moment that shocked me into silence, it was yet another really strong episode for Symphogear. XV is firing on all cylinders with some of the best storytelling I think the show has ever had. They’ve been just bringing it with excellent action, good storytelling, and great character moments. This episode had two major fights, two new transformation sequences, and an ending that just made perfect sense. It wasn’t a shocking twist so much as a twist that perfectly fit with the story they were telling. So much of this season has been painting (fairly) this US vs Japan situation. After all the US did try to nuke Japan in AXZ. But in the end it was Fudou behind the alchemists. How far each side is using each other is something I’m unsure about. But it is clear that Fudou is a major threat. 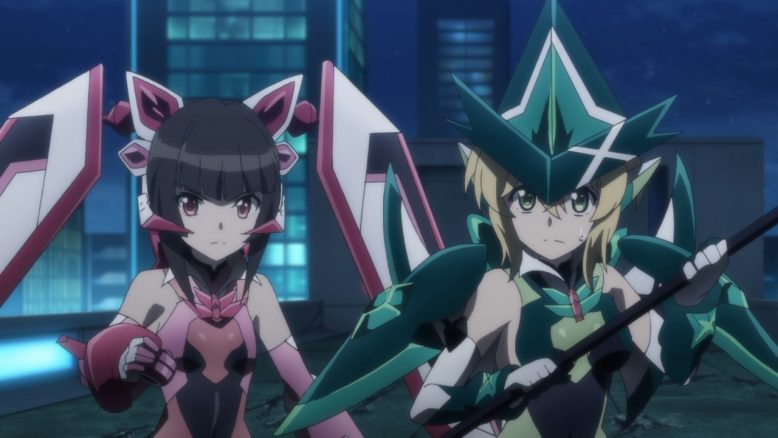 These two have been reliable.

Fudou was already a monster from what we learned about him in GX. He’s only built that up further with his increasingly frustrating antics. And it makes perfect sense that he’d do this. This is a man who cares about the country above individuals. Sacrificing 70,000 music fans is nothing to him if it means his objectives are satisfied. He wanted to turn Tsubasa away from music and singing. Part of his plan must be to turn her into his personal weapon to secure his divine Japan. It is no wonder that he’s after such an ancient relic and divine power. Neither of those things should require song to work. And it does leave me wondering what kind of conflicts we will see in this season. Could we get a full blown Genjuro vs Fudou fight? 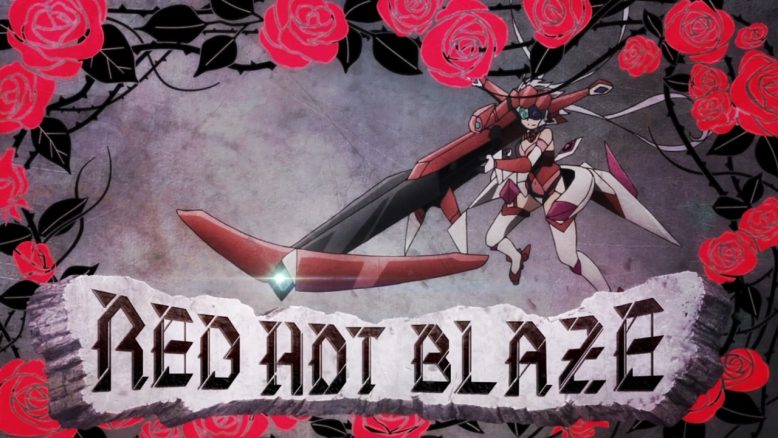 Red Hot Blaze got to shoot something! This needs to be given express attention for anyone that has been watching for all this time. Ever since season 2 I’ve been waiting for that sniper rifle to do something. Chris failed to get a shot off in that second season and in GX all she did with it was use it as a club. This time she had a wonderful combo with Hibiki. She got airborne, aimed, and fired! Heck she even got the job done in preventing Elsa from getting away with the blood packets. They found more blood by the end of the episode, but at least in that moment it was very much a win for the main cast.

That first fight was fun in a lot of ways. This season Chris is going all in on revolvers. Some would say that’s an odd choice since she has energy crossbows and gatling guns. But I say logic is unimportant here! Besides she got to use her sniper rifle so many there is good karma with this. That was such a simple and cool moment with Hibiki backing up Chris and the two casually walking past each other. They’ve come so darn far since S1. They know what they can do, what the other person can do, and they have trust for the other one to come through. The alchemists didn’t stand a chance there. 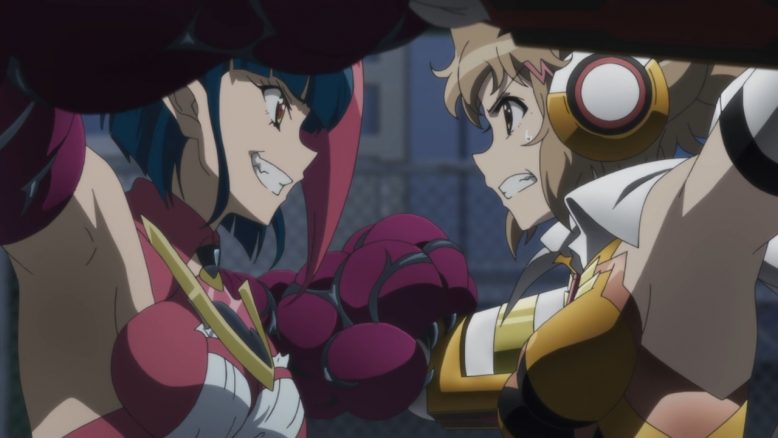 The fights are great this season.

This season has been exceptional at just dropping necessary plot points out for us. Ignite is gone. I already presumed that after last season, but they made sure people who didn’t pay that close attention didn’t miss it. Their gears are powerful and probably a bit stronger than the previous season after the “Last Ignition”, but they aren’t Ignite levels. The Symphogears are going to be pushed even harder. Right now they can handle these guys. All the more so when they are low on their necessary blood supplies. But there may be a need for Elfnein to think of something they can do to gain a critical edge when the fights truly become more desperate.

Speaking of minor nods to past events though, I’m glad we covered the bit with Hibiki’s family. It can tie nicely into whatever is going to happen between her and Miku this season. While Hibiki may have wanted to simply push her parents back together, that doesn’t mean things are going to be easy. Of course they are mostly living apart. Her father walked out on his family at the worst possible time. The damage that put on their relationship was devastating and Hibiki’s mother may be angrier than Hibiki herself about it. It’s a somber reminder that things aren’t that easy to repair. And honestly I’m kind of happy about it since it did feel really ugly to have Hibiki’s father get rewarded despite all his poor actions to that point. A few very good acts don’t just outweigh a ton of negative ones. 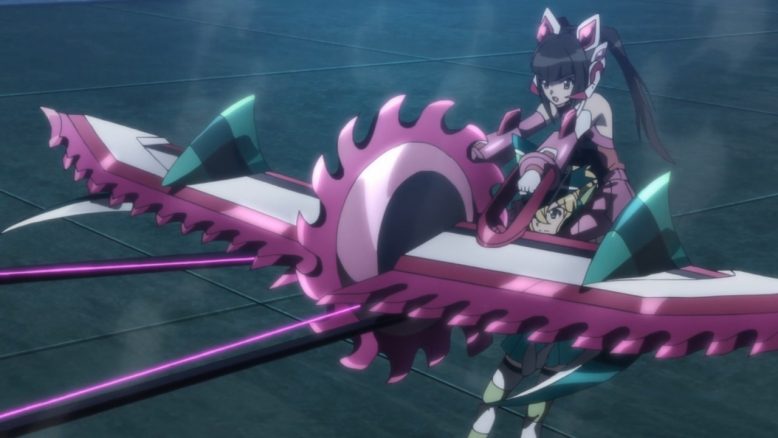 Kirika and Shirabe are an adorable pair. They are carrying both the comedy and the badass action sequences. We got a very fun transformation from Shirabe that fit where she is right now. It was cool seeing all the weapons she’s packed into that gear. Plus I do like the ice skating theme they’ve been pushing Shirabe towards this season. It allows some very nice combo moves with Kirika. And these two have been owning the combo moves this season. They went with a glider this time that could track down aerial threats with ease.

And the comedy really is cute with these two. They are thinking and putting in good effort, but still find time to be silly. The ketchup and bbq party portion was utterly nonsensical, but it was fun too. They are maturing in some ways, but still keeping silly aspects to themselves while they go forward. And they were on the scene in a mature way when the attack at the hospital broke out. They did a good job against an admittedly weakened Millaarc and did help avoid the hospital suffering damage. In some ways I’m most hyped to see how these two are going to mature over the remaining 10 episodes. 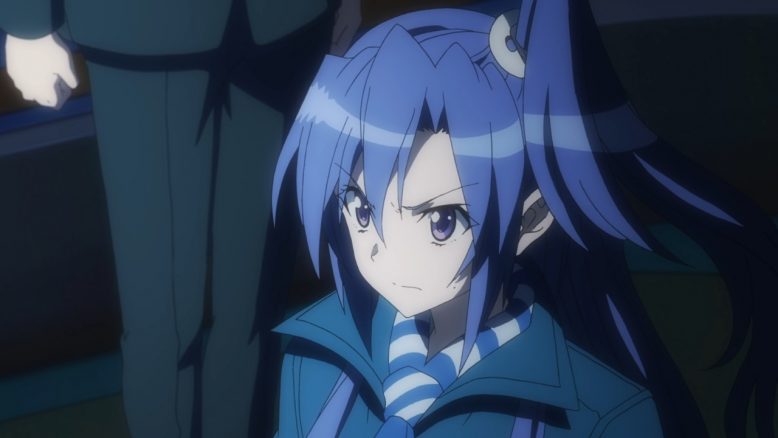 Symphogear is just not holding back. We are tackling old issues, slipping in new threats, and making each episode a really fulfilling experience. While this didn’t shock me in the same way as the last episode, it was still a great episode. We are staying constantly in the great territory with this show. At this point Tsubasa is really struggling emotionally and we aren’t 100% sure what Millaarc did to her. They are giving the villains some sympathetic aspects, but I can’t imagine we’re letting someone who killed 70,000 people survive this show. I could see Fudou using the alchemists and Millaarc especially as sacrifices to drive Tsubasa to his side. Right now the main cast are in a tight spot and are unable to see what the main villains are trying to accomplish. Stopping them isn’t going to be easy.