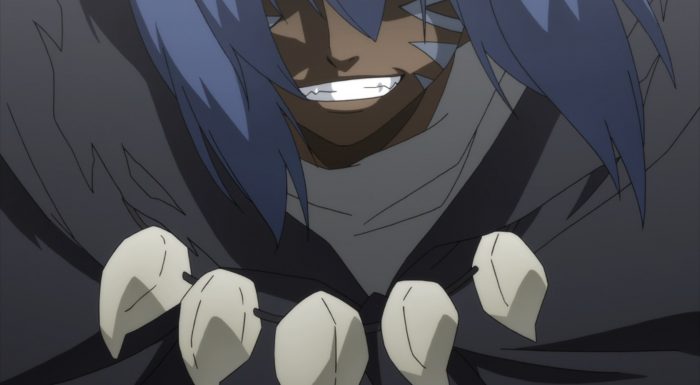 At 40 episodes, for those of us still here, I’d say Fairy Tail’s Final Season is going decently well. After having my expectations completely dashed, and being this close to giving up on this franchiser and show entirely, things have certainly improved for the better, just as we head into the end game. 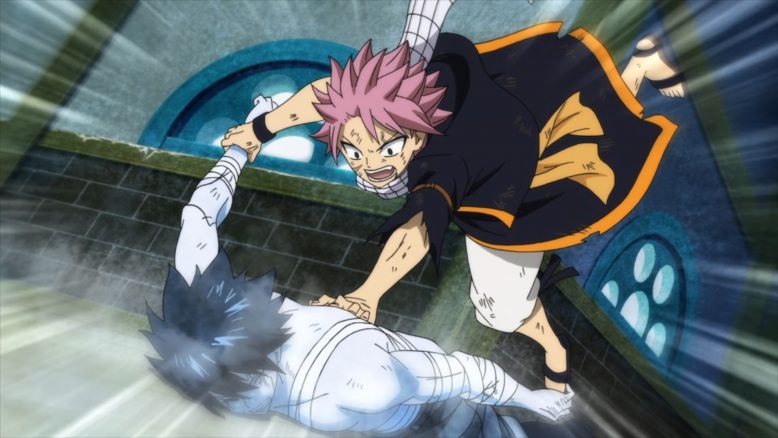 There’s nothing all too different to talk about this week, as this latest episode follows a pattern we’ve come to expect now. Things continue to stick, there are no big retacons, and the story seems to be trucking along nicely towards an end goal.

The Gray thing, for instance, resolved about as nicely as I expected. I didn’t expect Gray to actually go through with Iced Shell, and I liked the additional reasoning that his whole reason for doing it was out of a sense of guilt. Indeed, Gray’s whole way to atone was to play the sacrificial hero role, and that is pretty consistent with his character. After the way he’s behaved, I’m almost inclined to agree with him. 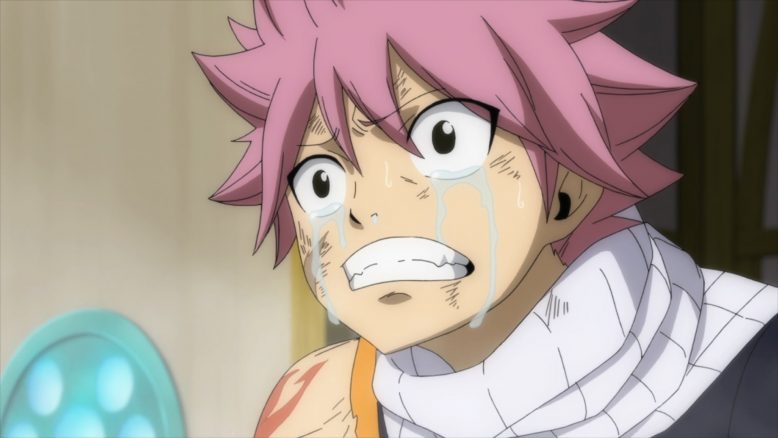 The problem, and its one that only briefly gets mentioned here, is that while Gray’s sacrifice may be considered noble in some ways, its ultimately going to leave anyone who cares about him in serious pain. Thus, if there’s another way, any other way, then I’d wager that Fairy Tail would want to take that particular path.

What I did like, was seeing Natsu throw out his own share of emotion. We haven’t seen Natsu shed tears much in the entirety of this franchise’s story, so when he does do it, it means something. Natsu shedding tears for Gray, well, it just communicates very effectively how much Gray means to him. The fact that Gray chose death over trying to settle things together is definitely hurtful, and its just nice to see Fairy Tail, once again, actually show instead of tell. 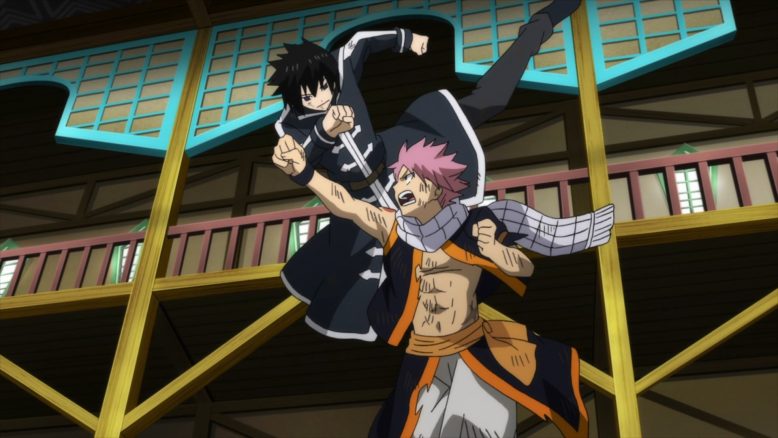 I am surprised that Zeref just let these two work out their issues, but it shows once again, that he’s not the monster that we all think he is. Of course, when it came to the actual round two of Natsu vs Zeref, I was less than impressed. Yes, it was well animated and even well drawn, but I just don’t see the point to it. We’ve already seen Natsu and Zeref go wild, so seeing them exchange a few punches and kicks just seems tame, honestly. And all of this was made less so impressive or even important by the arrival of Acnologia.

I will say, Acnologia arriving does make things interesting, though I’m not sure where this all leading to yet. Is Zeref going to actually face off against Acnologia? Or is Natsu going to do it? Can either of them win at this point? I’m not sure, and it feels like we’re heading towards either a big ass pull at the end, or at the very least, something unbelievable. 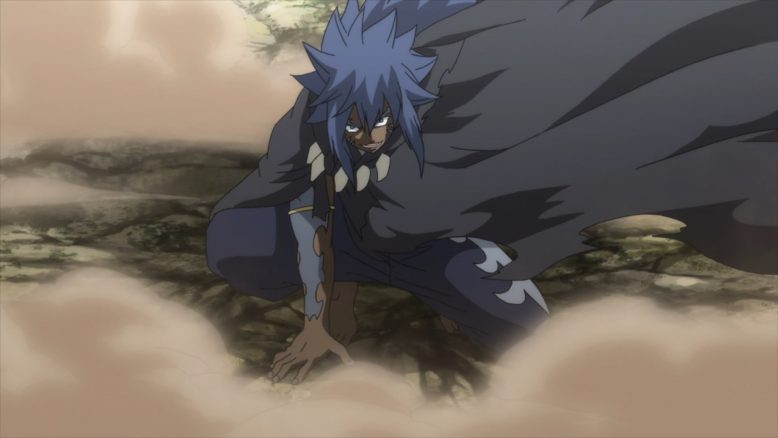 Speaking of unbelievable,. I have to really slam Cana for her stupid speech, which made zero sense and actually kind of annoyed me. Look, I’m all for letting August know that his side is in the wrong. There’s a huge argument for how the ends don’t justify the means but… That is not what she said.

Cana, blurted out something incoherent about how she and her friends (i.e all of Fairy Tail) don’t care about justice and that all they care about is having a good time with their comrades. The idea of being able to laugh and enjoy life with one’s friends, that matters more than important matters like the end of the world and facing off against monsters like Acnologia. 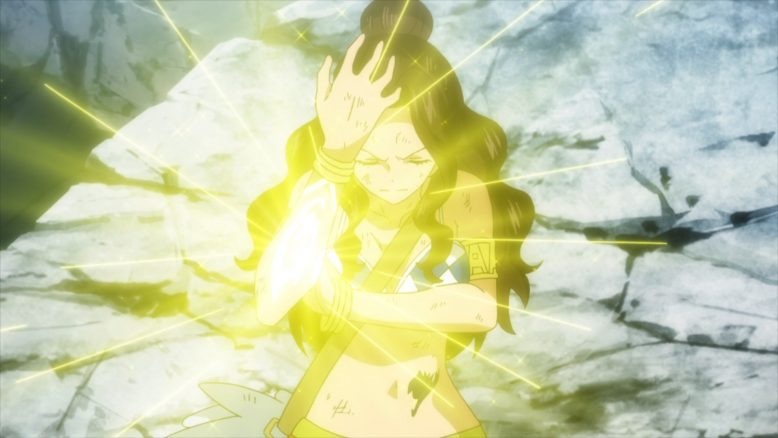 Sorry, I don’t buy it. Cana feels hugely out of her depth here, and honestly feels like she’s stepping outside of the role that her character has had throughout this series. Cana has always been a B-tier character, a side character that’s never done anything of consequence beyond using Fairy Glitter once. She’s occasionally helped Lucy out of a bind here and there, but ultimately Cana’s role in any of Fairy Tail’s big challenges has been mostly nothing.

For her to spout all these lines and speak for the entire guild? Well I could do while watching this whole scene was shake my head. And that annoyance persisted when Cana proceeded to use Fairy Glitter again (which I thought she could only use on Tenroujima?). And as expected, Fairy Glitter did absolutely nothing to August. 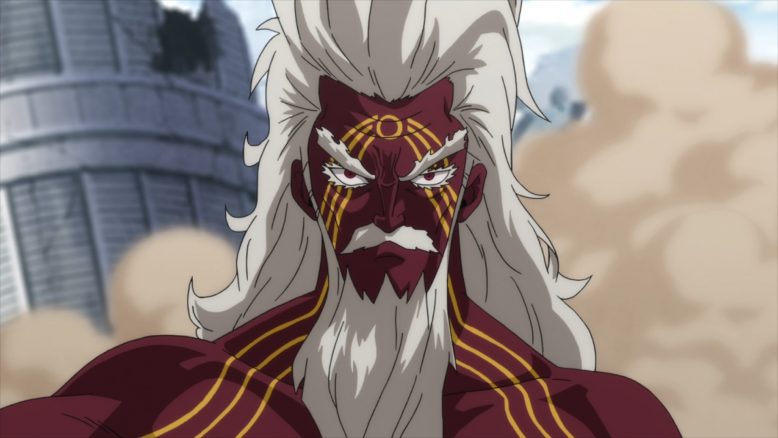 And August? Well, it seems like his whole storyline is heading towards resolving the Larcade stuff. We still need to resolve Larcade being Zeref’s son, and ultimately August is going to torture Gildarts for a bit in order to try and “understand” what’s going on with regards to parental love.

Now, here’s the thing. While the Cana stuff annoyed me, and while the Natsu vs Zeref stuff felt pointless, I’d still say I was interested and engaged throughout this whole episode. I didn’t feel like my time was being wasted, and I did feel like there was some forward momentum here. Thus my issues with this episode are mostly nitpicks, and while I may be annoyed by certain characters, I don’t think any cardinal storytelling sins were committed here. 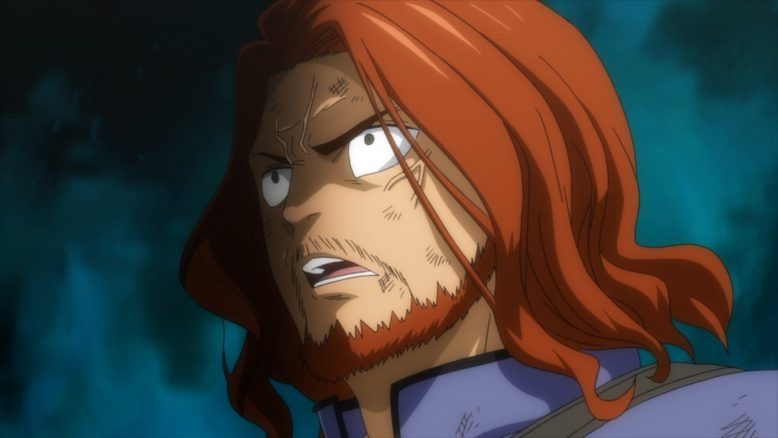 So all in all, solid episode, story is moving along and I’m interested to see where this all goes next. It seems like next week is going to focus on resolving the August, Larcade stuff, so I suppose we need to get through that before we head into Acnologia and whatever matters there. Sounds pretty good to me, which I think, is still great to be able to say about Fairy Tail’s Final Season.