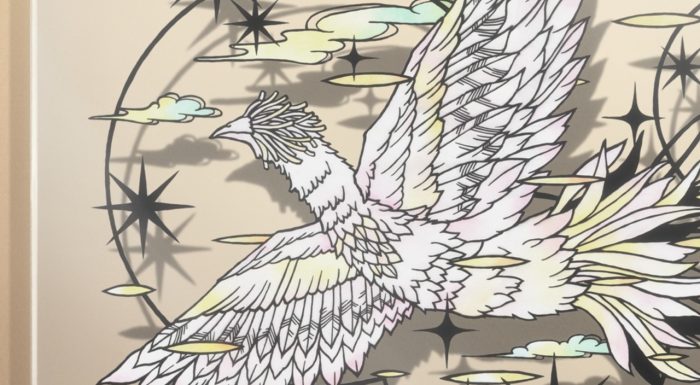 There are some things in this world that are consistently great. Franchises that fit that description are few and far between. But one franchise that absolutely lives up to that is Natsume Yuujinchou. This is an anime series that has had several seasons come out over the years and now this movie. Not every series can just continue on with a movie version and have it work or feel like part of the same universe. But this movie absolutely felt like a very long episode of Natsume Yuujinchou. That is meant with every possible positive I can give it. The visuals, music, voice acting, and story was as strong as in any single episode of the various season that preceded the movie. This franchise is what it is and the movie does a wonderful job of showing that. 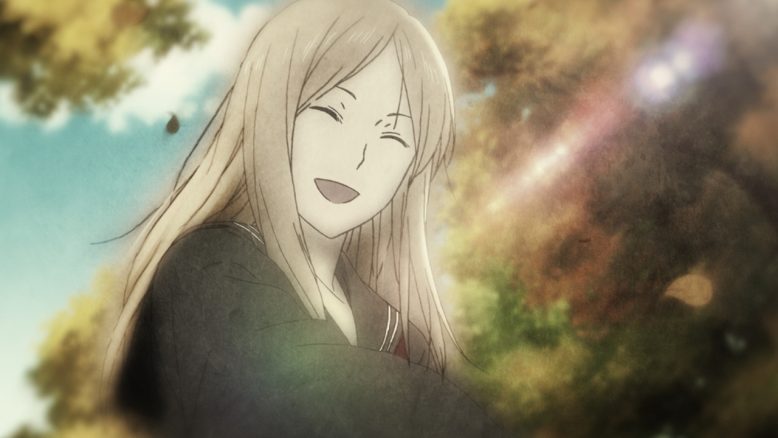 It is hard not to simply gush about this movie and praise it endlessly. The story we got with this movie felt like the perfect one for a movie. It never felt as if the movie was stretching things out or that it was better off as separate episodes. The story just kept building over time and I lost track of the passage of time as it went along. Small details like Natsume’s memories of his childhood or a memory he got from returning a name earlier in the movie gain greater context over time. It is so easy to get locked into a single mindset. The memory Reiko had of those younger girls was so clear for her. She could only see them as considering her a frightening person and furthering her belief that she couldn’t trust people. But the truth was more complex and a bit sad.

Maybe Reiko along the way realized there were people that looked up to her or cared about her. She did end up having a child after all. But Reiko’s life is so shrouded in mystery. The franchise only ever pulls back the veil little by little. It’s such a sad thing to see Reiko in the later memory wishing she had the condition the youkai had. Interacting and being known was so painful for her. If only that one girl hadn’t been so dazzled and run away embarrassed then maybe things could have turned out differently. 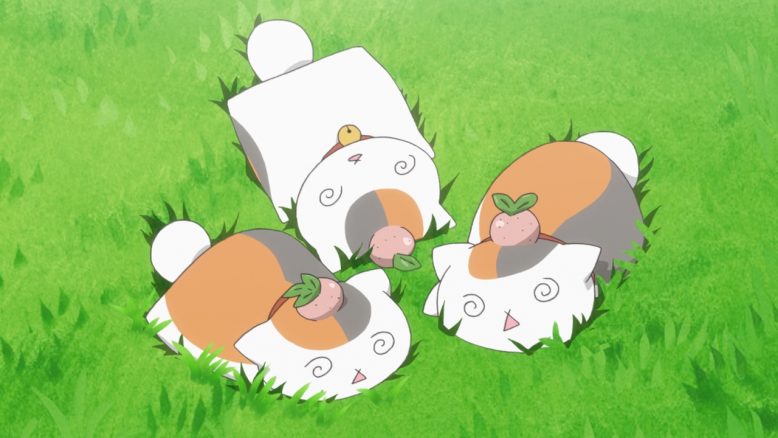 The movie did a great job letting the mystery build up. It started off with a series of minor events that didn’t seem that critical. Natsume spotting an unusual youkai in the vicinity isn’t anything new. Heck being chased around and meeting someone who wanted their name back wasn’t all that weird either. But things kept building up as the movie went along. Of course the spirit tree and Nyanko-sensei turning into triplets was a major event. But things kept getting weirder with some of them disappearing, people forgetting Taki, the unsettling dreams Natsume was having, etc. It was hard for me to predict what was going to happen or how the various storylines were connected.

And yet it all came together as we reached the end. Every little odd thing started to make sense. It should have been a given that the mysterious youkai was searching for something unrelated to Natsume. It’s way too common for him to be a target. This time it really was just a result of sticking his nose into things. I knew that Mukuo and Yorie had to be involved in all this somehow, but I just wasn’t sure how. I didn’t think that Mukuo was a youkai and had this sort of jinx that messed with memories. That his power split between himself and the tree was also something I didn’t see coming. It all did come together nicely and in a way that did leave me with sympathy for all parties. Mukuo had no malice and only became aware of this situation when Taki entered the picture. 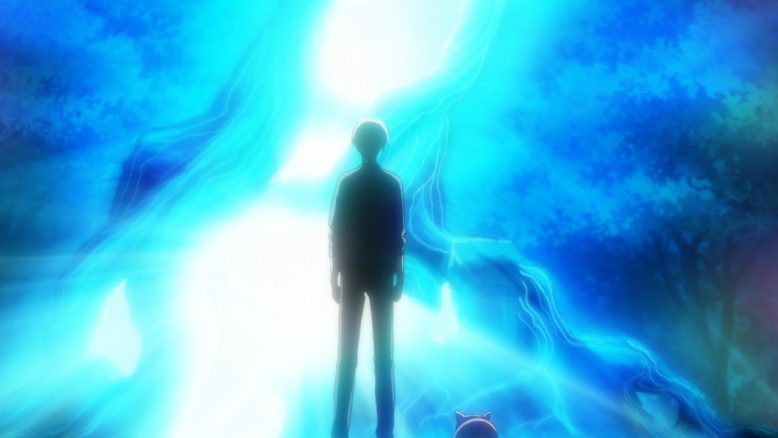 Much like a full season of Natsume this movie did a great job of using the cast effectively. Obviously it couldn’t give everyone equal screen time. We only got a bit of the Fujiwara couple, but enough to appreciate the impact they’ve had in Natsume’s life. But really this did a great job giving small moments to characters like Sasada. We even got one of her best episodes in previous seasons used for a speech competition. I had a smile whenever we got to see a familiar face like Natori, Taki, and Tanuma. The split condition for Nyanko-sensei was hilarious. It created a serious drama element as well since Natsume lost his bodyguard and couldn’t interact with him. It was another reminder of how precious his bond with Madara is. Natsume has gone from someone who hated his ability to not wanting to lose the bonds he’s made.

They all entered the picture naturally and in ways that made sense to them. Of course Natori got into the situation because of his job. It was only natural as well for Taki to get involved because she was chasing down Nyanko-sensei. Tanuma was also a huge emotional support for Natsume. He was a friend who through his ability to sort of see youkai was able to avoid having his memories go out fully and could support the search for Taki. He wasn’t immune and even his memories were changed by the end of the movie. But he was able to be there when Natsume needed help. The wonderful distinction between Natsume and Reiko isn’t power but rather Natsume’s ability to lean on his human and youkai friends when needed. 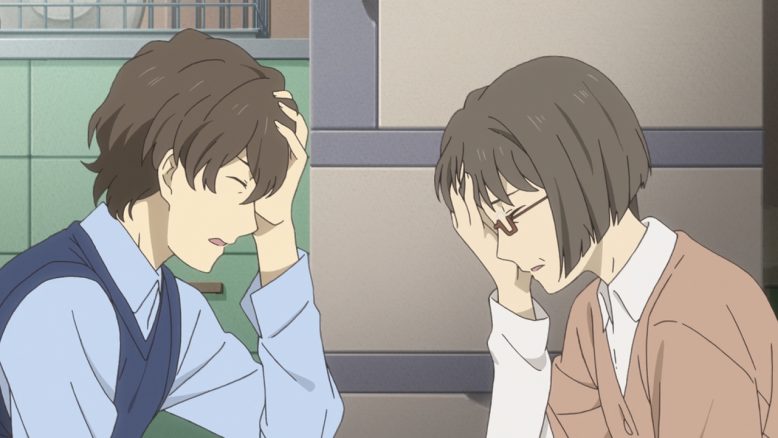 Of course the movie nailed the comparison between Natsume and Mukuo himself. Both had suffered pretty seriously from feeling like wanderers that never belonged anywhere. Sure, people would like and support Mukuo while he was around. But the moment he was gone they’d forget it all. Natsume of course was ostracized wherever he went, but the feeling of not truly belonging was the same for both. Of course both feared losing that. Mukuo couldn’t leave because if he went too far away from Yorie then he’d lose that time. No surprise Natsume had nightmares of losing everything and being forgotten himself. I’m not sure if it was partly connected to his connection to Mukuo through the Book of Friends or if it was just Natsume’s personal nightmare. But for someone who spent their childhood disliked by many, a real family is something Natsume would do anything to protect. 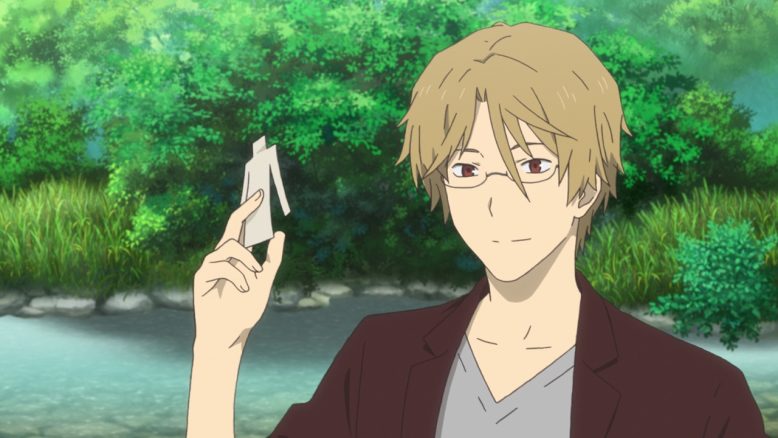 It makes me all the more impressed by Mukuo’s efforts. He gave it all up. In many ways he accepted that his time there was over. I did like that moment we saw with him and Reiko. It’s such a sad thing to see someone like her envy this youkai’s ability/curse to be forgotten whenever he leaves a place. But I suppose the important thing to take from Mukuo’s situation is that he, Natsume, and other youkai will remember. Yorie may only remember in some abstract way, but that’s alright. Mukuo did help save Yorie from her grief, let her steadily come down from a painful loss, and gave her an image that she turned into wonderful art. It is a bit sad that both Taki and Tanuma will have forgotten this situation occurred, but that’s life.

I’m also proud of Natori. He really could have played a more antagonistic role in this arc. But we see his growth here. At this point he does trust Natsume and is ready to open his mind. Sure he immediately did think the worst of Mukuo, but in the end he didn’t stay locked into that. Natori as he currently is can see that there are good youkai and that there may have been more reasons for the deceased exorcist to be looking for Mukuo beyond defeating him. That may have still been his intention, but at least Natori can be more open than to presume that. I do feel for him a bit since he’s left worrying constantly for Natsume whenever he does something incredibly reckless. 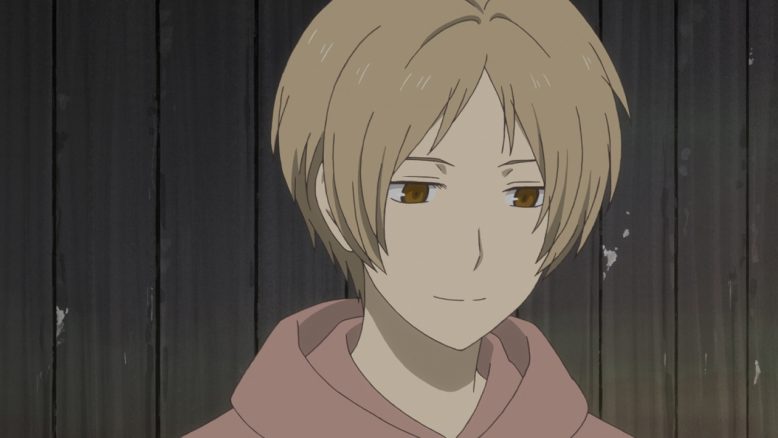 This was just a wonderful movie. It captured exactly what makes Natsume such a great franchise. Little moments like Natsume talking things out with an old acquaintance just felt perfect when it came up near the end of the movie. Natsume grew just a little through the course of this movie. Learning that there are multiple sides to an encounter and gathering his courage to face his past was important. He’s going to keep learning about people and youkai bit by bit. When that ending song kicked in, it really did hit me with some nostalgia. This sort of peaceful and emotional song is just the perfect to finish a Natsume episode or movie. No matter what comes next for this franchise I’ll remain hopeful to keep seeing more from it. This is one of the best anime franchises in terms of constantly high quality work.