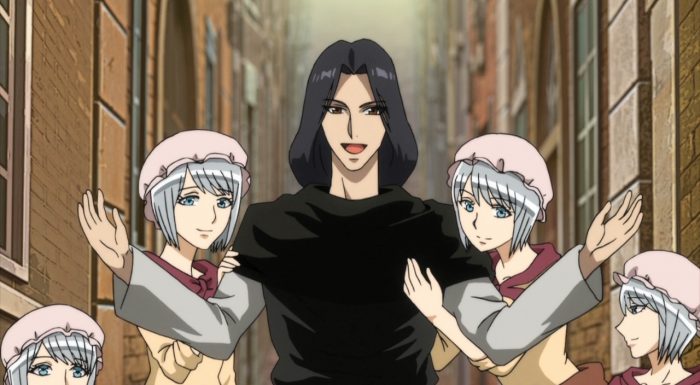 We’re almost to the finish line. It is rarely a good sign when I’m embracing the fact that a show is about to end, but here we are. This episode was rough for so many reasons. Masaru’s stupidity here was impressive on many levels. I don’t care that clearly his plan will work since we’ve only got one episode left. It is unbelievably reckless and everyone is stupid for going along with it. The entire human population of Earth is at stake here. There is no good reason to let Masaru get on that shuttle by himself. Not that I love the idea of Narumi going alone either. He’s not exactly a negotiating type of person. But sending Masaru is insanity. 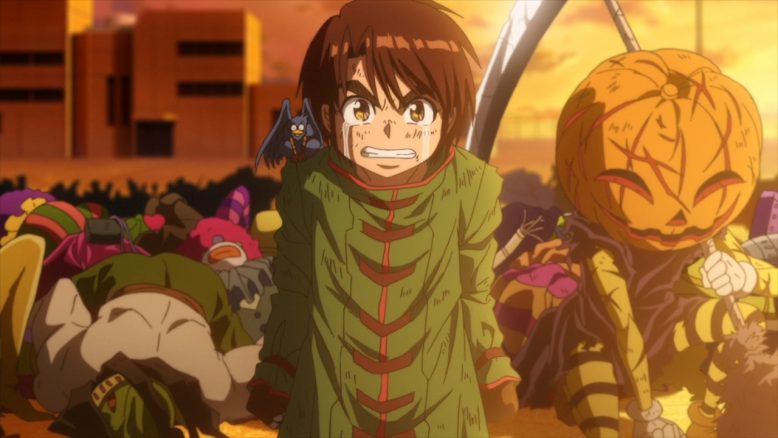 But that is just where the show has gone as of late. Every single person has focused himself or herself to the point of obsession on whether Narumi and Shirogane will hook up. Which I’m sure would have worked so much better if they didn’t make Narumi incredibly unlikable for much of the last arc of this show. But even more frustrating is how Narumi and Shirogane’s arcs are restricted to just becoming a couple. The last boss is sitting up there and Masaru is the only one that gets to have a confrontation with him. Narumi hasn’t had his crack at this guy since the Midnight Circus arc and Shirogane never gets a chance to confront someone who has caused such harm to her life. He treated her like a trophy to be owned, but the show doesn’t do much better. 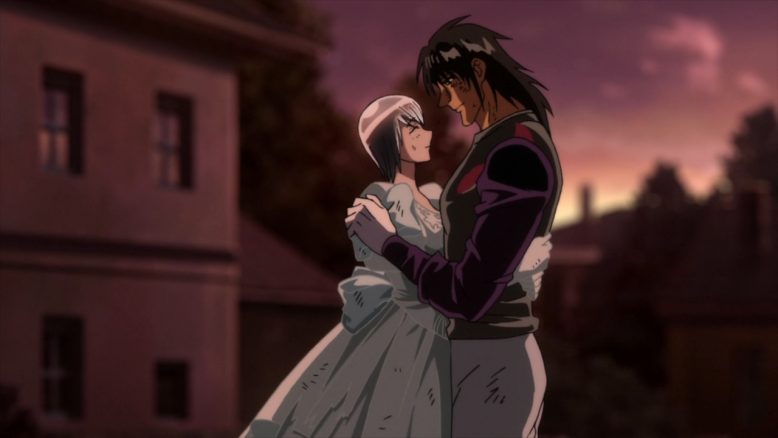 Has Shirogane actually won a legitimately challenging fight in this show? She either fights people that stand no chance like Vilma or she fights people she stands no chance against. Arlequin looked awesome in the first couple episodes and was diminished to this worthless toy. It either can’t do anything or Shirogane doesn’t have the skill to do anything useful with it. Either way out of our three main cast Eleonore is the one who can’t win her own fight. Masaru can win, Narumi can win, but Eleonore needs help. Yes, she did play a role. Thanks to Masaru blinding Narumi she had to call out positioning. But it feels incredibly unsatisfying that she just never gets a big win in a fight in this show.

But hey, I guess she’s more or less satisfied. Shirogane seems to be the type that can easily forgive and forget that she was treated like trash by Narumi just a couple episodes ago. She ended up with the person she liked and all is well. He’s effectively become Robocop, but that’s probably fine by her. I personally got too frustrated with this pairing for it to move me. But at least the characters are happy enough. If this is more or less where their story ends that’s alright. I’m sure we’ll get an epilogue of them in the next episode. But they are done outside of that. 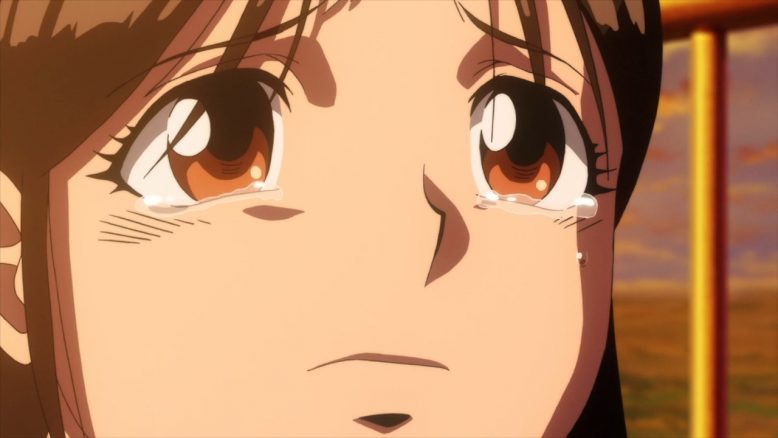 Also…are they just setting up a Masaru and Lise pairing now? I thought it was weird enough that they paired him up with an automata just a few episodes ago. But now we’re just pairing him up with a girl…some years older than him. But he may end up dying anyways so that might not matter much. Considering that Lise supported Masaru’s insane plan I guess they are meant for each other. She’s also willing to bank the future of humanity on Masaru because she trusts him. And can we really question the judgment of a person who flew up to a flying fortress with Masaru with absolutely no plan on how to survive? Maybe she figures Masaru will find another inexplicable ally to protect him up there XD. 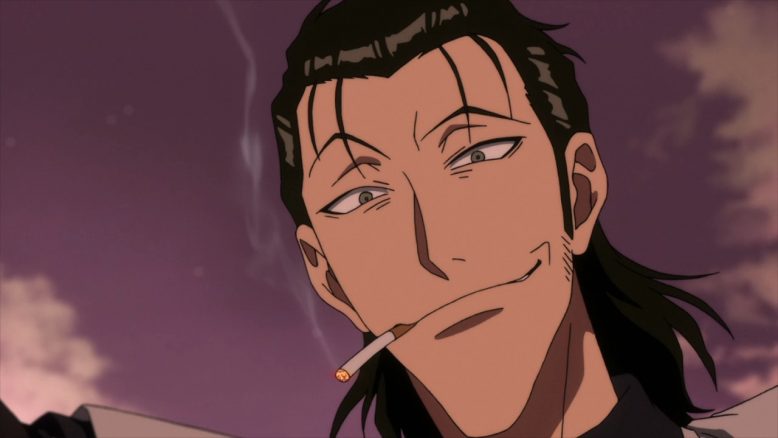 So we’ve cleared up most of Faceless’ forces and taken most of the main cast out of the story. Heck, they even found time to randomly kill off Ashihana. At this point there’s only enough bodies and episodes to let Faceless have his showdown against Masaru. I’m sure Masaru brought some cool puppet with him for this fight. And it is bound to get to a fight. My fingers are crossed that Masaru is playing some kind of trick. Because if he is betting billions of lives on begging Faceless to tell him how to stop Zonapha then I have no words left to give.